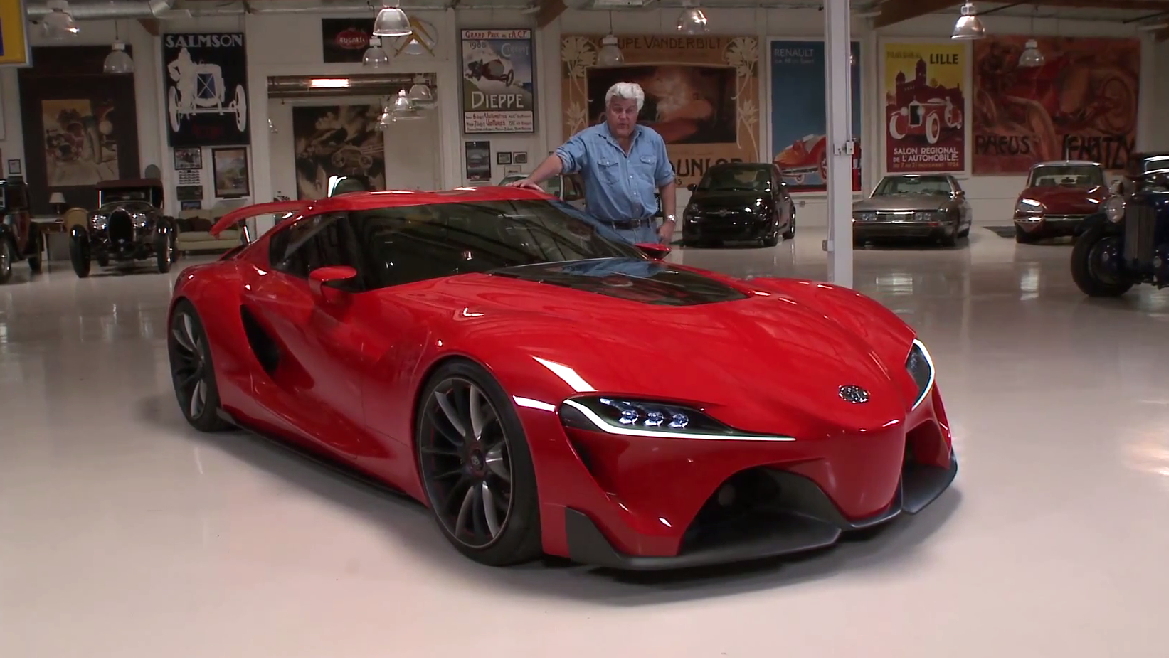 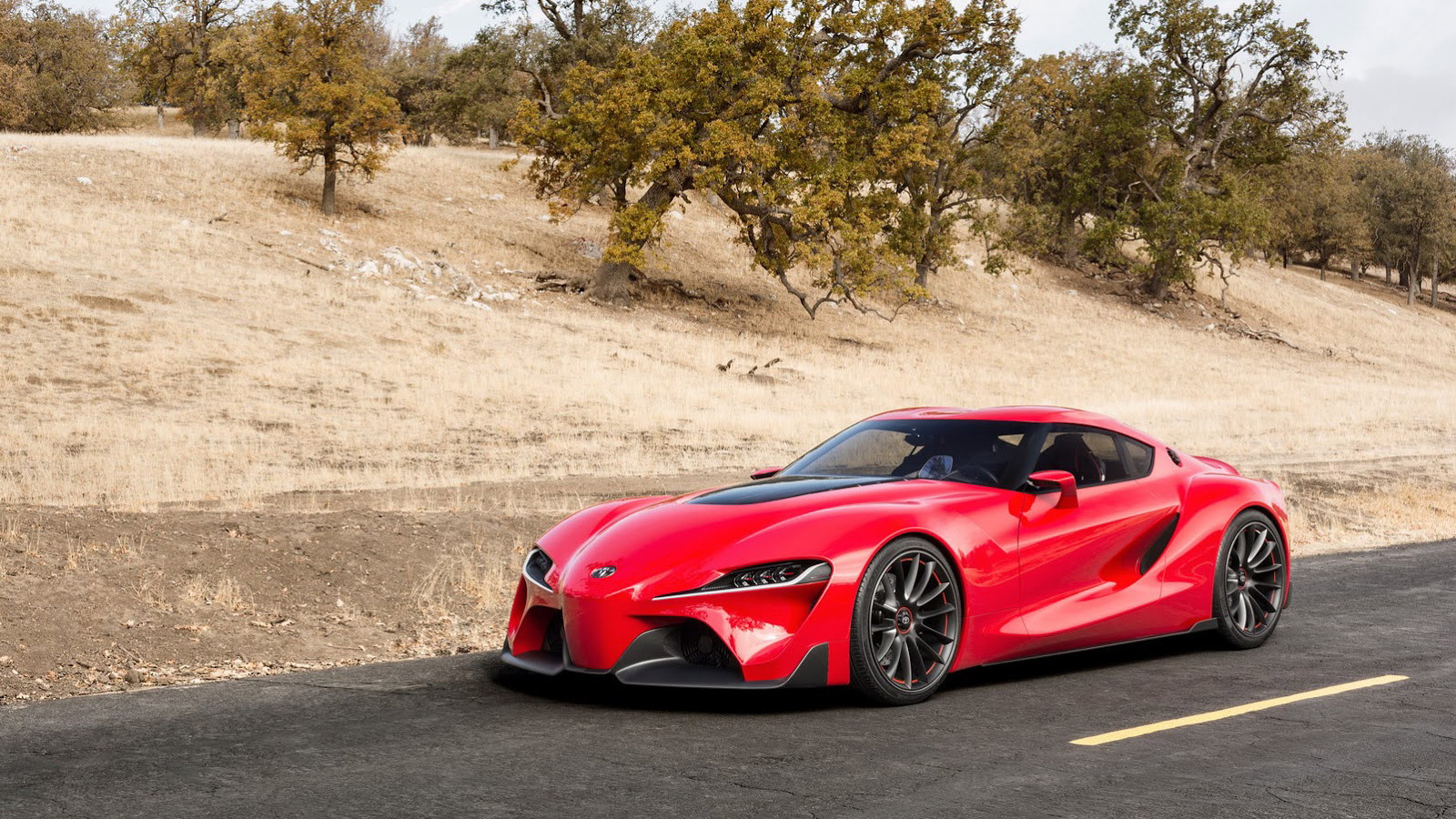 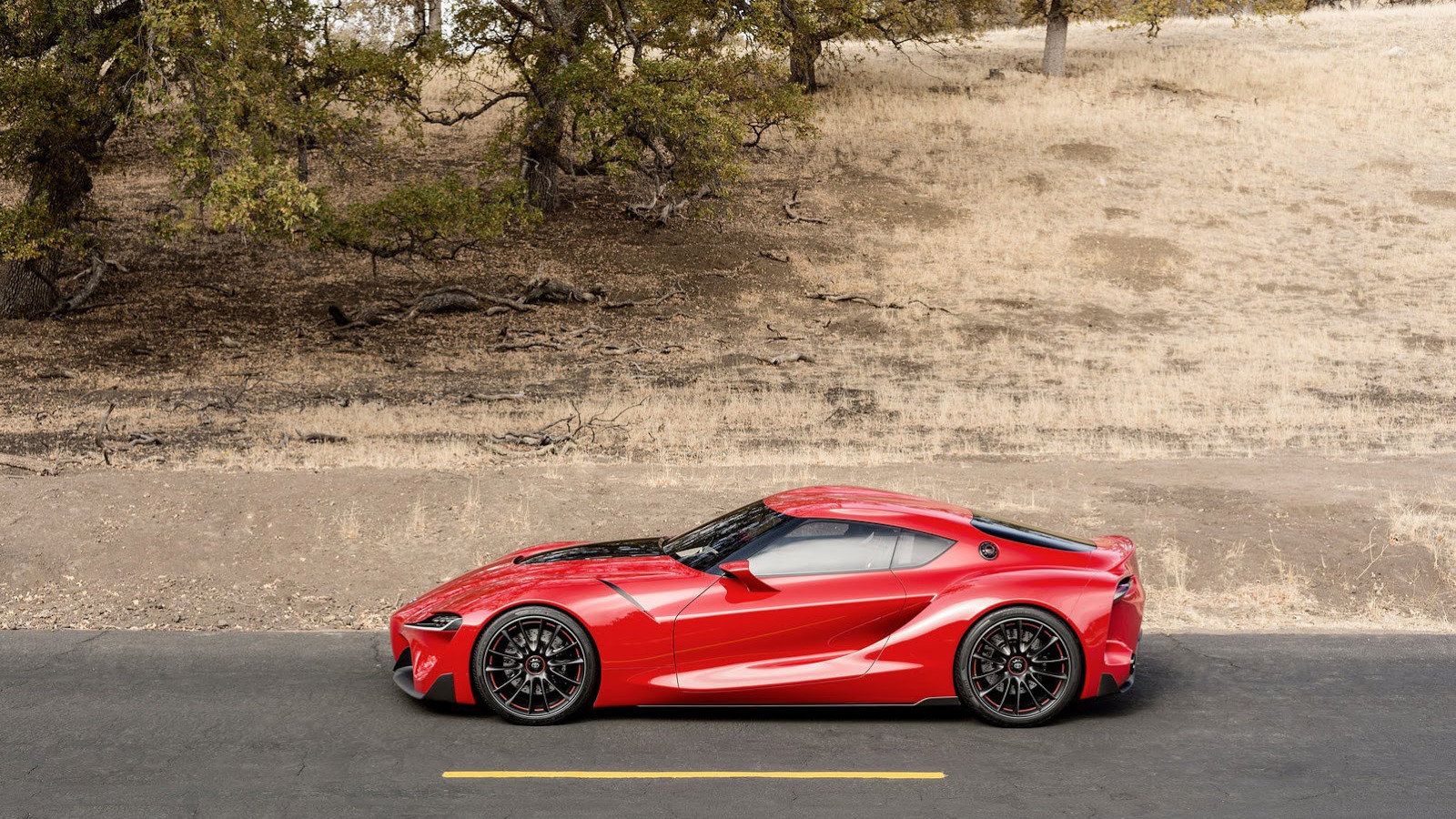 10
photos
Search any automotive-themed internet forum and at some point, somewhere, you'll find a post from someone urging Toyota to bring back the Supra. The rear-drive sports car was once a mainstay of Toyota's range but died off in the U.S. in the late 1990s.

Since then, only the short-lived MR2 Spyder, hyper-expensive Lexus LFA supercar and fun but low-powered Scion FR-S have filled the sports car gap in Toyota's range--but the FT-1 Concept could change that. It's the latest concept vehicle to appear on Jay Leno's Garage, and though Jay doesn't get to drive it this time around, he's as excited about the car as we are.

The FT-1 is the work of CALTY, Toyota's California-based design studio--now in its fortieth year. Chief designer Alex Shen and interior chief designer William Chergosky explain the influence behind the FT-1's styling--neither exclusively Japanese nor American, but a mix of both. Of particular note are the car's curves and the unique door mirror design--but Leno also shows his approval for the engine, visible beneath a perspex panel in the hood. The interior draws praise too--designed to a 'slingshot' theme, according to Chergosky. That puts all the controls in a curve around the driver, with a series of electronic displays--including a heads-up display at the base of the screen--in full view.

Will Toyota's next Supra take strong cues from the FT-1? That's less certain, though the company did recently renew the Supra trademark, and it's been known for some time that Toyota is working with BMW on a new front-engined, rear-drive sports car platform. A new Supra is almost a certainty, but we'd not be too disappointed if it looked like the FT-1.