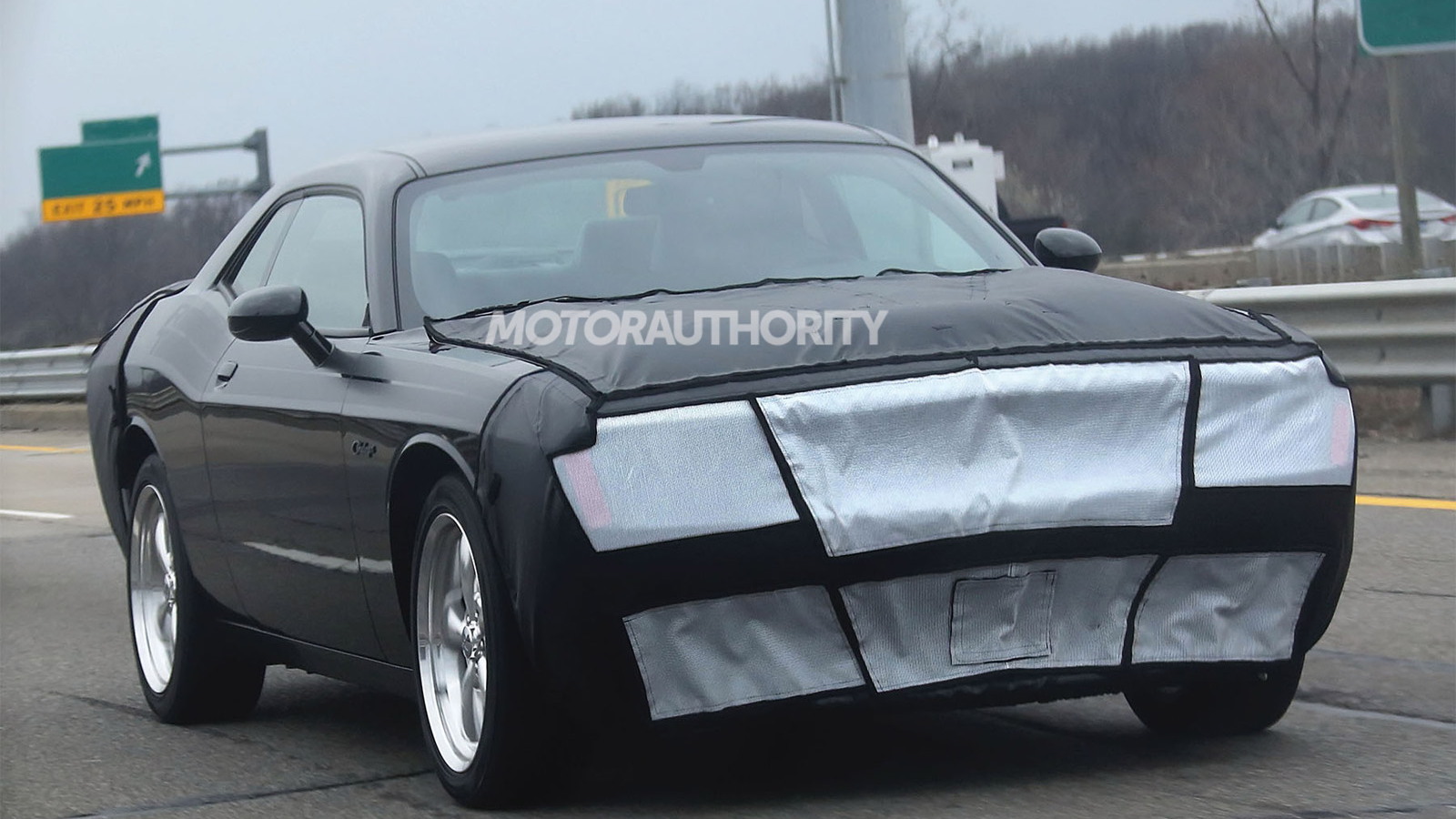 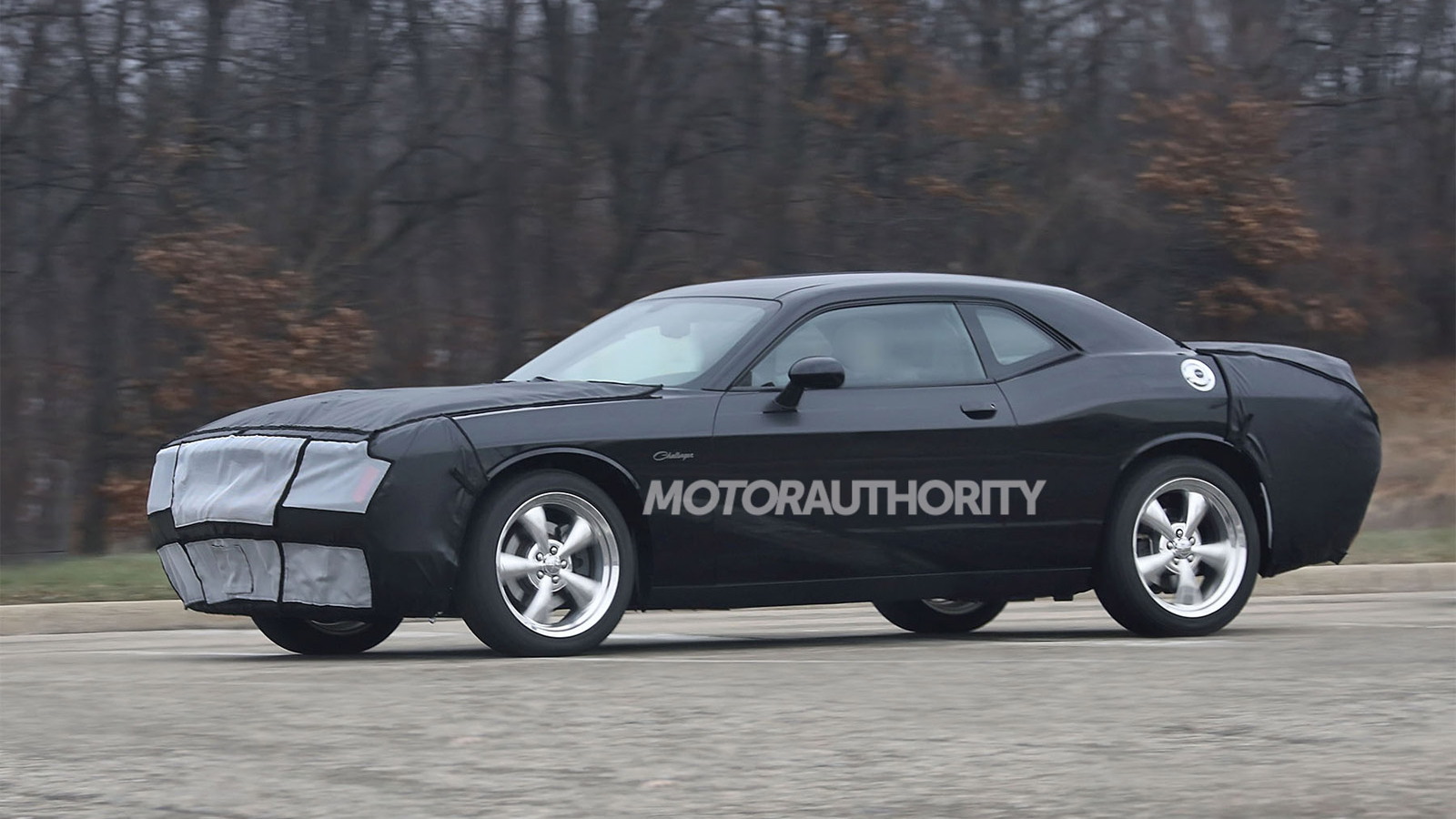 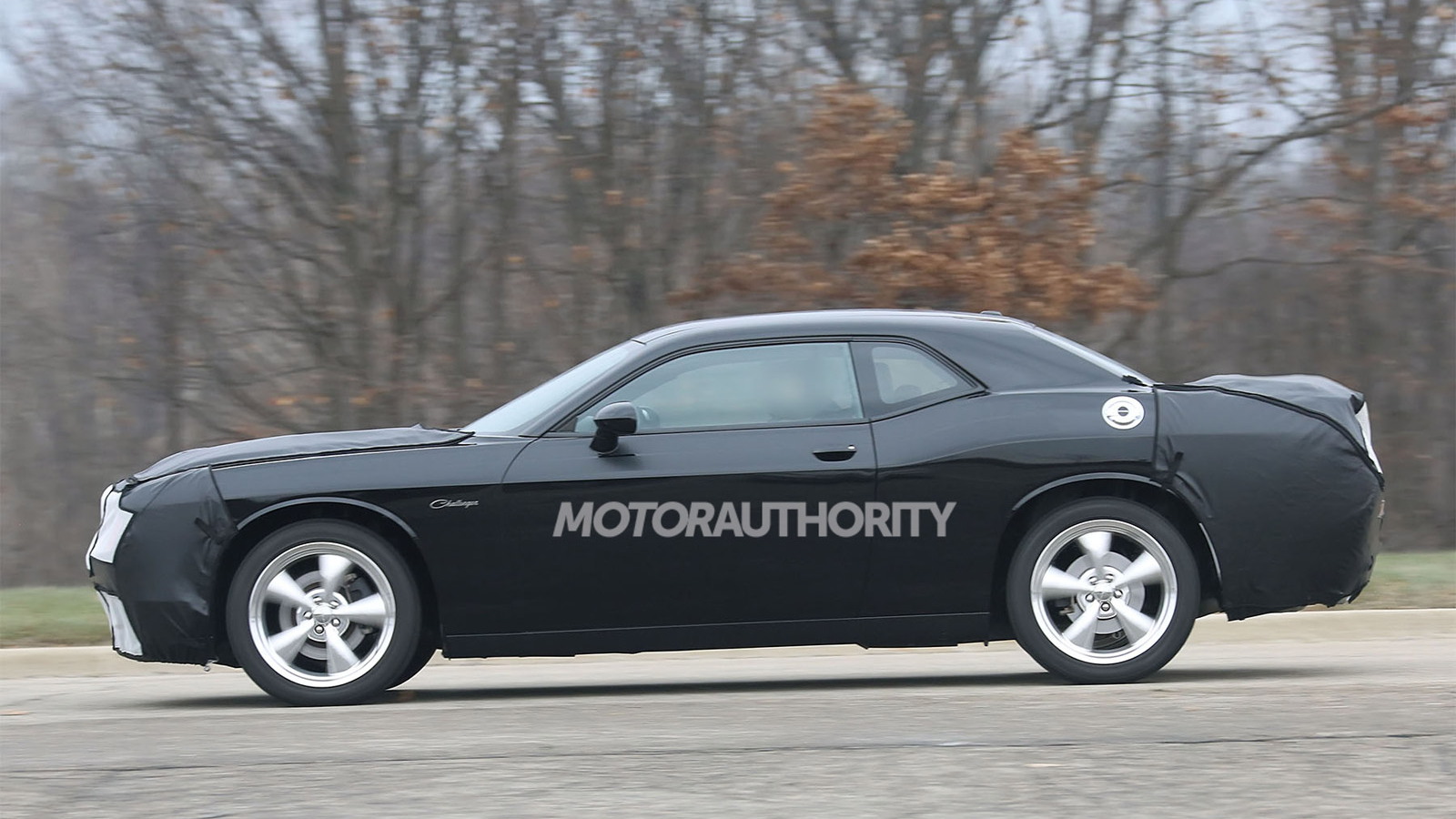 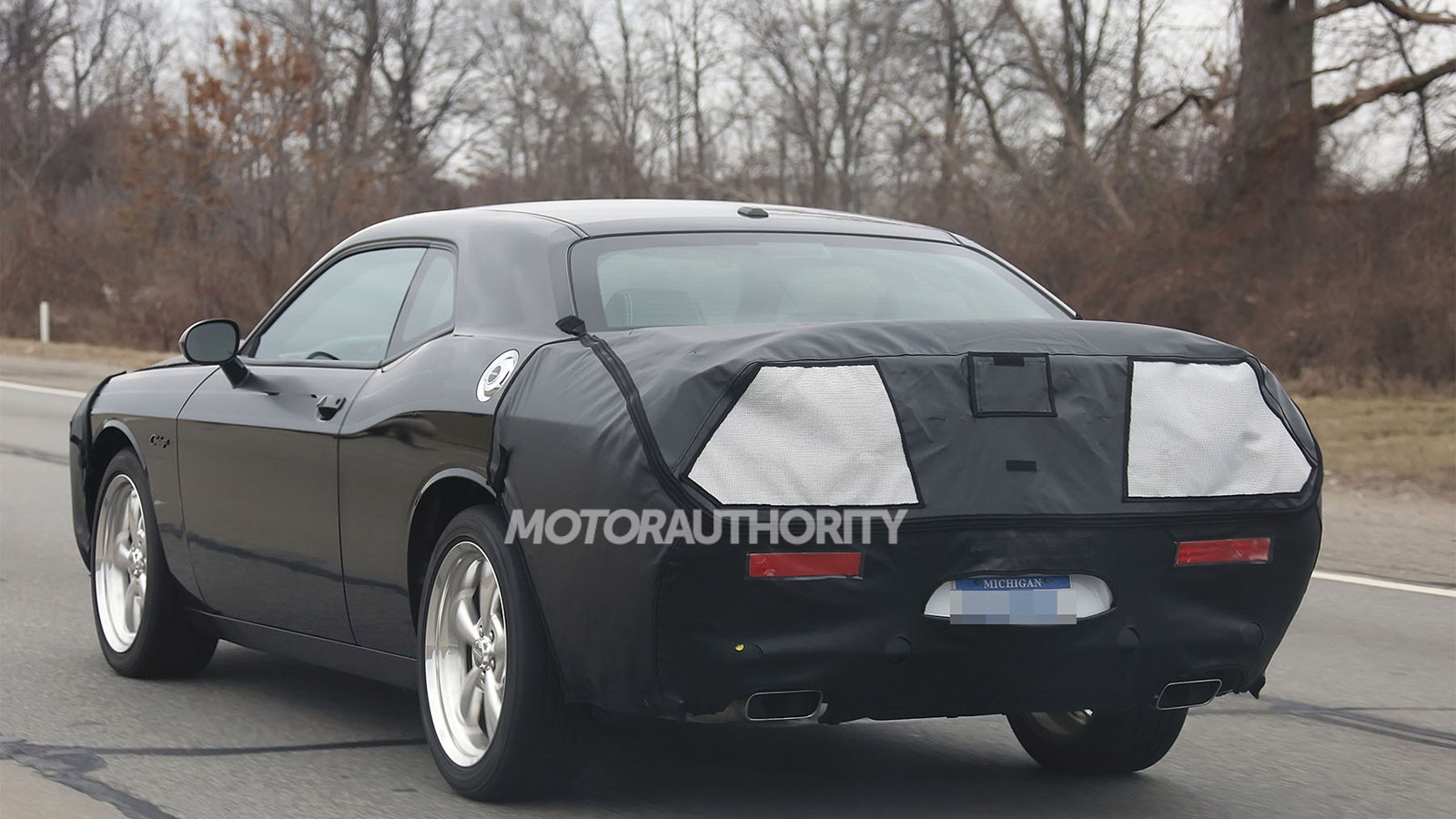 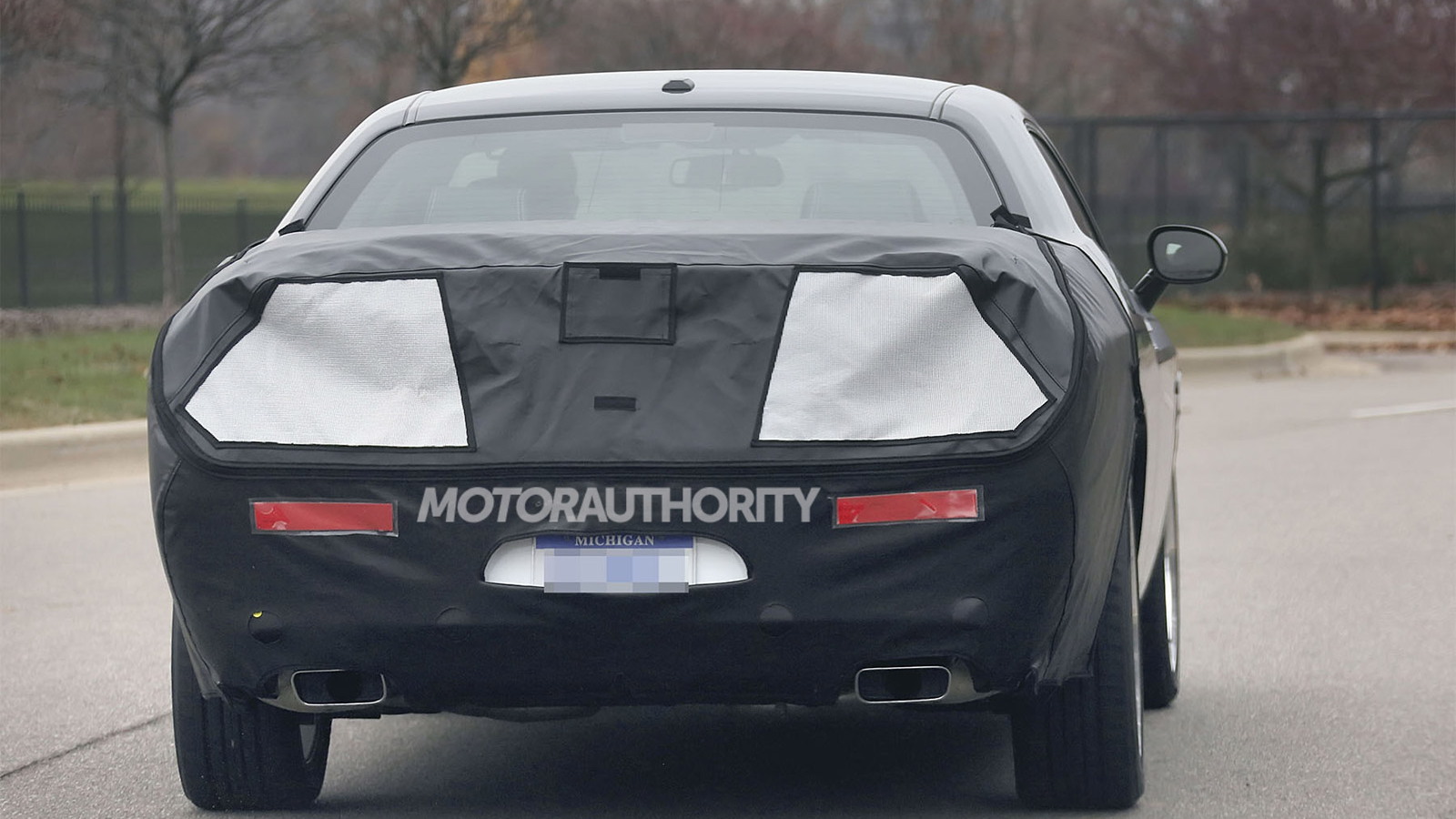 7
photos
Dodge is set to introduce a mild update for its Challenger for the 2015 model year, an update that's expected to include the addition of a supercharged HEMI V-8 in a new range-topping SRT model tipped to be called the Hellcat. The good news is that buyers won’t have to opt for the supercharged V-8 if they’re seeking more power, as the Challenger’s existing V-8 offerings are all reportedly due for some power upgrades as part of the 2015 model year update.

According to Allpar, the 5.7-liter V-8 in the Challenger R/T and 6.4-liter in the regular Challenger SRT will both get a performance boost. The engines currently deliver 375 horsepower and 470 horsepower, respectively. Unfortunately, the base Challenger's V-6 is expected to retain its 305-horsepower output.

As previously reported, the 2015 update will also see the Challenger offer a new eight-speed automatic, and this, combined with the power upgrades, should see acceleration figures improved. Economy may also improve due to the extra ratios on offer. A six-speed manual will remain standard, however.

As for the supercharged V-8, this will also have the eight-speed automatic option. No power figures for the engine have surfaced yet, though SRT boss Ralph Gilles recently hinted that it may be more powerful than the SRT Viper’s 640-horsepower V-10. It’s also not clear if other SRT models will get the blown engine, but according to the rumor mill the Charger SRT may be next in line.

The 2015 Dodge Challenger's debut should take place later this year.