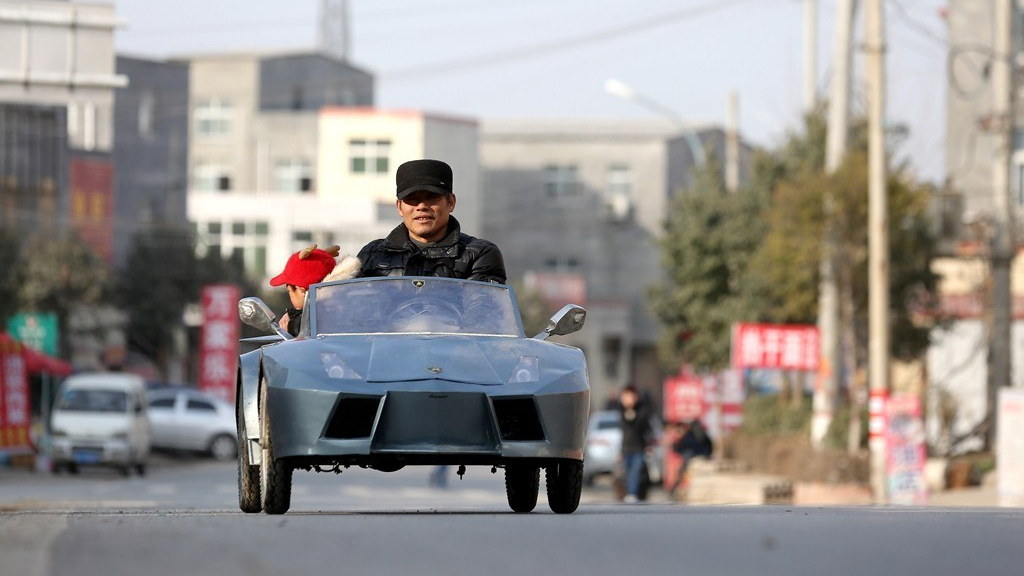 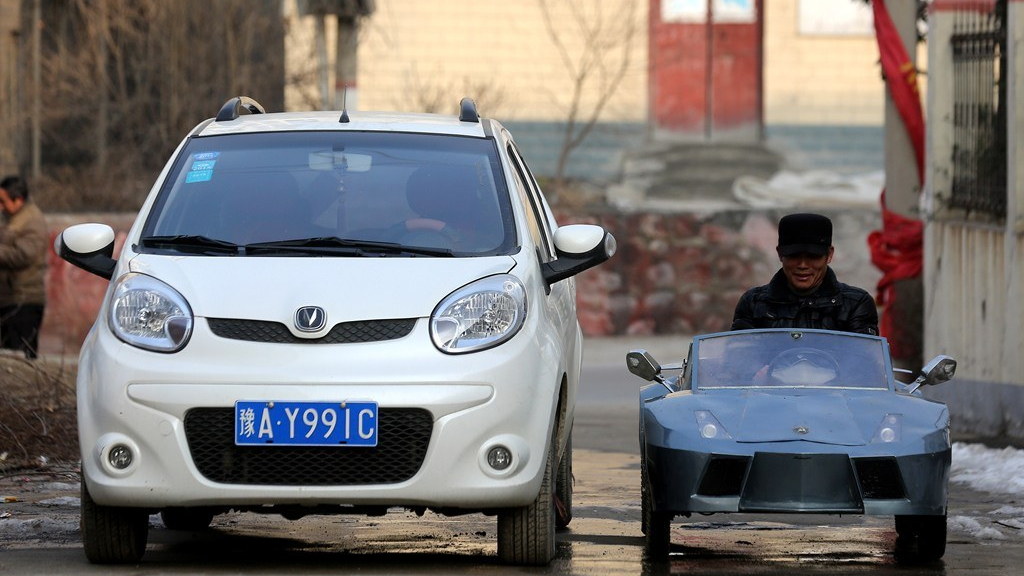 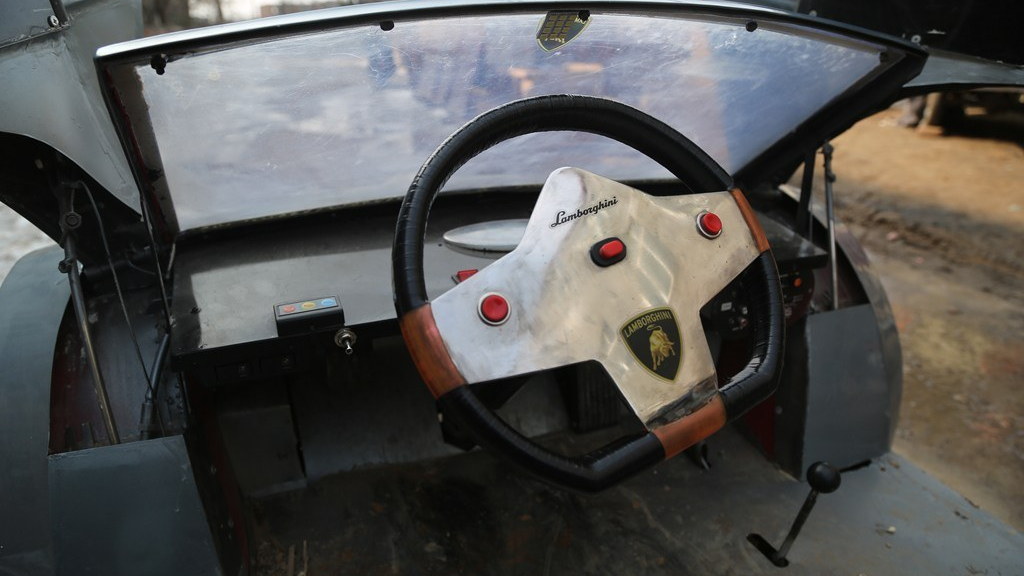 3
photos
When you're very small, the concept of grandparents doesn't really mean much. You get that they're your parents' parents, but beyond that they're just the crinkly, friendly people you see now and then, suppliers of extra presents come birthday or Christmas time.

But you'd sure as heck warm to them if they took you to school every morning in a miniature Lamborghini replica, as one Chinese grandpa does for his young grandson. According to ChinaSmack (via Jalopnik) the man, known as Old Guo, built the mini electric Lambo because it was safer than transporting his grandson on a wobbly electric scooter, of the sort prevalent in China.

While not allowed on public roads, the vehicle can happily travel on neighborhood roads and through parks, and a set of five batteries provides a surprising 37-mile range. So useful is the car that Old Guo even hitches up a small trailer now and then to carry other items around. The car is a little rough around the edges, as you might expect for a hand-built project, but the whole thing is made from hand cut and worked stainless steel (for that DeLorean vibe) and apparently uses the wheels and drivetrains of two electric mopeds. It even has scissor doors and LED rear lights.

Cheaper than your average Lamborghini, too--Old Guo built it for the equivalent of $815. For something to drive around the neighborhood and use on minor, less-congested roads, that seems like pretty good value. And as a thing to turn up at school in when you're four or five years old, well... we don't see anyone else's grandpa driving a mini-Lamborghini, so the school yard battle is won before it's even begun. In fact, there's only one other vehicle that could possibly out-cool the electric Lambo in front of the school gates, and that's a mini Batpod motorcycle...