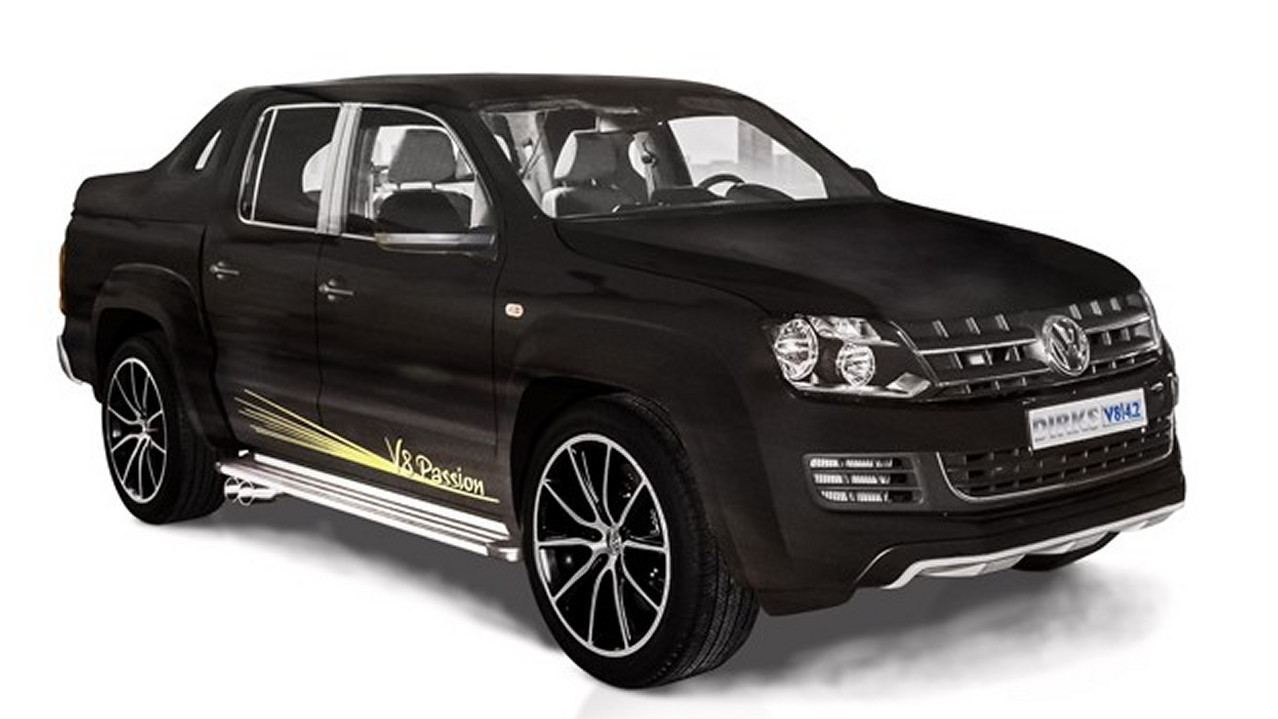 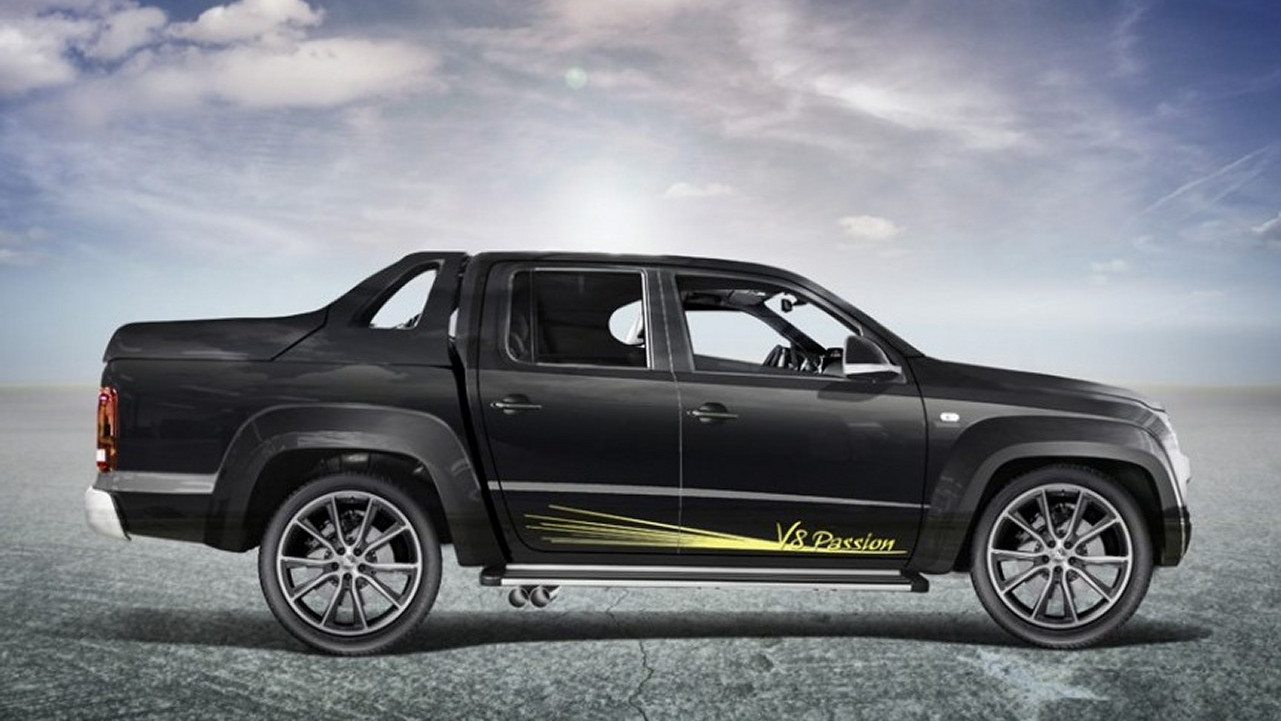 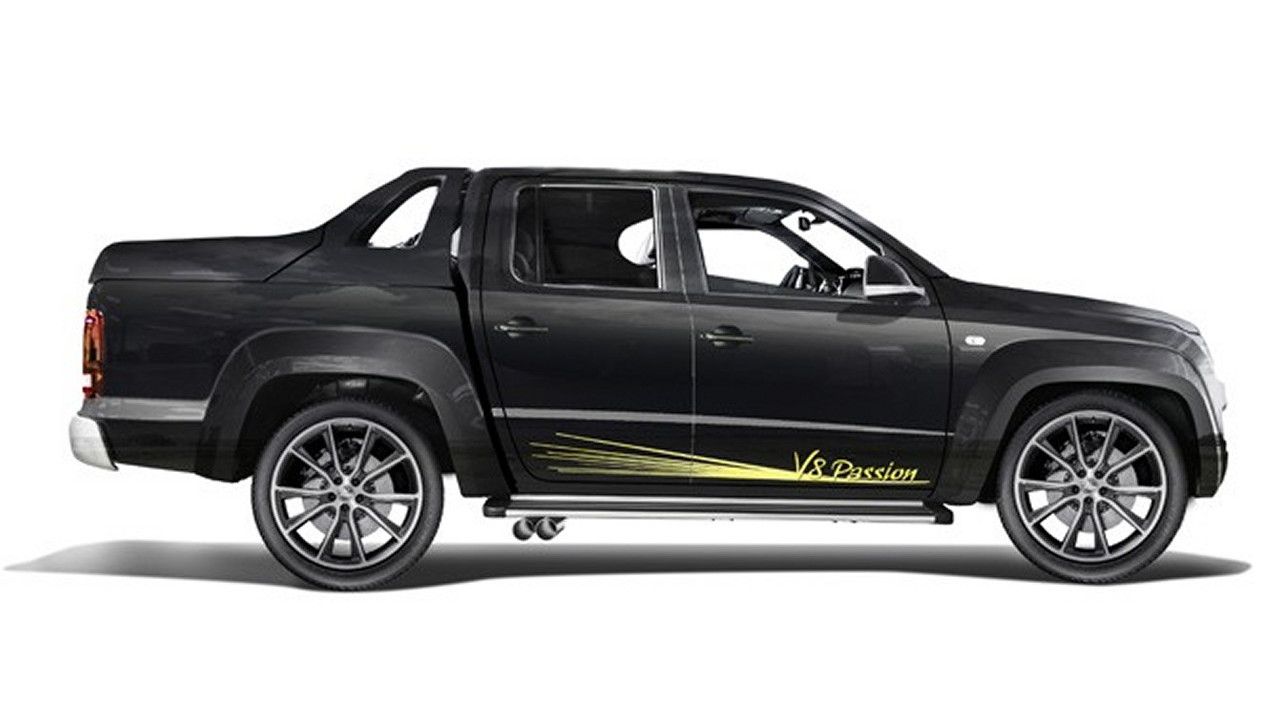 15
photos
Yes, Volkswagen really does build a pickup—unbeknownst to those here in the largest pickup market in the world. And when you put a fuel-efficient but burly turbo-diesel V-8 into it, the result is something that we can't help but think would be a hit in the land of stars and stripes.

The catch? Firstly, Volkswagen still has no plans to bring the current Amarok to the U.S., and secondly, the MTM Amarok V8 Passion that was shown this past week at the Geneva Motor Show is a tuner special, also not for importation.

Still, it's worth wondering if such a truck would do well in the U.S., and why VW has resisted doing such a thing. At 206.9 inches long, 76.5 inches wide, and 72.2 inches high, the Volkswagen Amarok is nearly the exact same size as the Honda Ridgeline, a vehicle that has sold well enough over its nearly ten years on the market for Honda to consider it a segment to stay in—with a next-generation model that will return for the 2016 or 2017 model year, after the current model reaches the end of the line after this model year.

Power is probably the main issue why the Amarok in its current build wouldn't translate well to the U.S. truck market. In other markets, it's sold with either VW's 2.0-liter FSI turbo four-cylinder gasoline engine, or the 2.0-liter TDI. In both cases, Americans would likely deem it not nearly enough power for a vehicle that weighs about 4,600 pounds unladen—let alone enough to tow or haul.

But as for the V8 Passion, its 4.2-liter TDI V-8 makes 410 horsepower, and it churns out an astonishing 686 pound-feet of torque—down low, of course, where it matters for a truck. The engine, MTM says, “fits like a glove” in the Amarok's engine bay, with no cutting or unusual provisions, and just as in the Amarok (as in the Touareg), the V8 Passion has an eight-speed automatic transmission.

With the TDI V-8, the Amarok likely returns 25 mpg or more on the highway. Its performance numbers are impressive, too; the V8 Passion gets to 62 mph in six seconds flat and can reach a top speed of 138 mph. And to bolster that extra steam MTM has added a Panhard rod with air springs, along with rear disc brakes for the rear (not standard otherwise) and larger front discs. Special 22-inch BBS SV wheels with Michelin Latitude tires give it more of a premium SUV look.

Modifications inside the cabin—which already reminds us of a cost-conscious take on the Touareg's interior—have been kept to new seats and some new trims and graphics. Those graphics, by the way—more David Hasselhoff than Will Hoge—are perhaps the only thing that might not be as fitting on this side of the sea.

In recent comments, several high-ranking Volkswagen officials have said that the Amarok is considered too small for the U.S. market but that a larger version was back under consideration.

With Ford stubbornly maintaining that there's no worthwhile market for compact (or smaller mid-size) trucks like the (former) Ranger, and eyes undoubtedly looking to see if the upcoming 2015 Chevrolet Colorado and 2015 GMC Canyon will be a success, it's easy to imagine that Americans would find a lot to love in a VW truck like this.