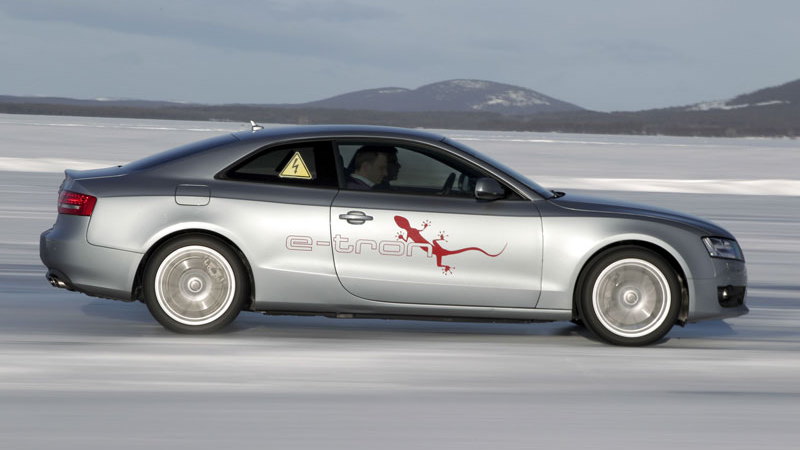 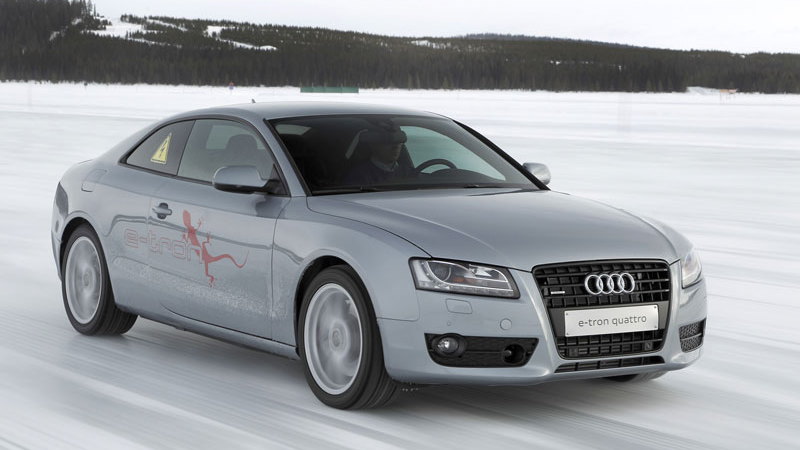 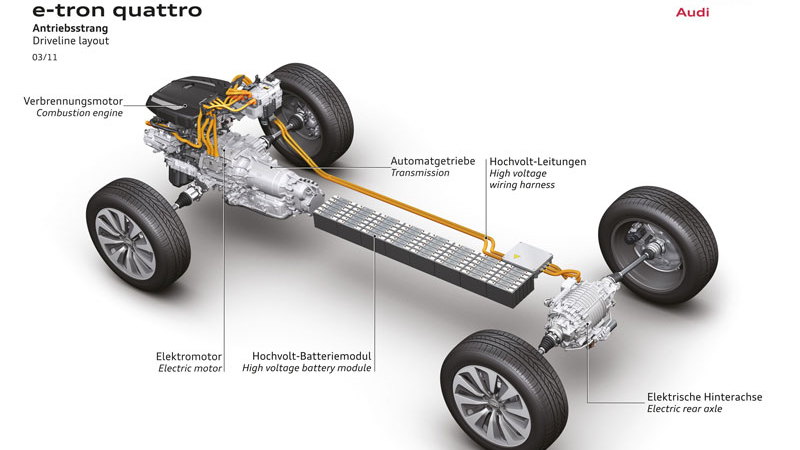 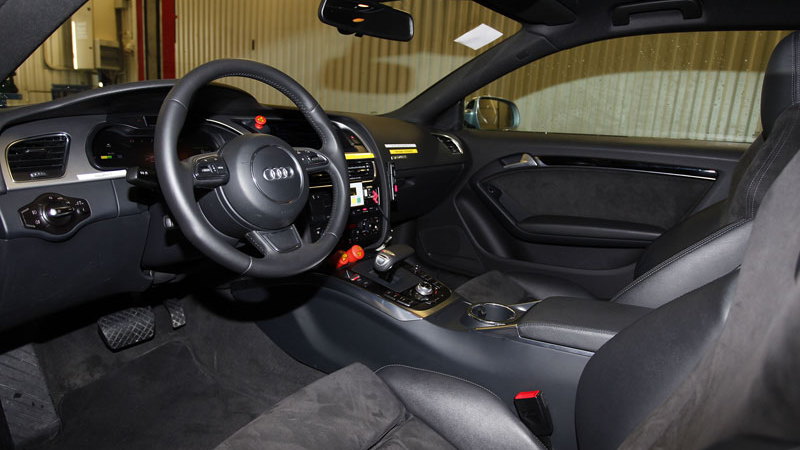 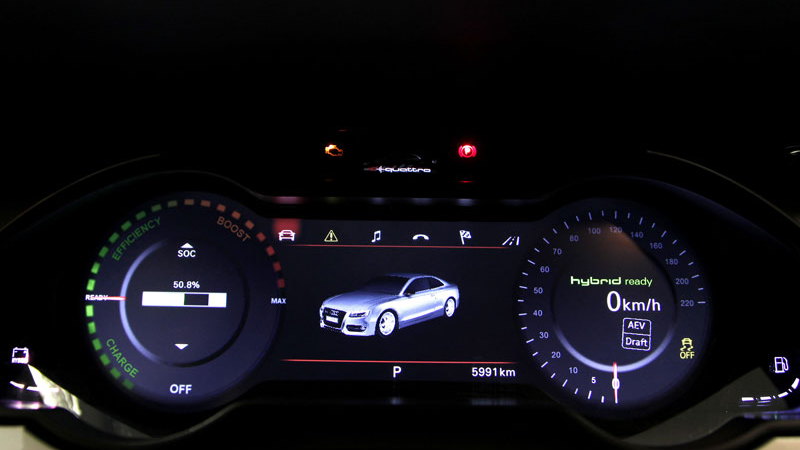 6
photos
Some of Audi's future technological advances have been revealed in the latest round of patent applications to hit the internet.

Of a selection of new Audi patents noted by Autocar, the most interesting--yet most complex--is a new take on the firm's quattro all-wheel drive system, using an electrically-driven rear axle. This in itself is nothing new, and several other automakers, notably PSA Peugeot Citroen and Lexus, have used such a system on production vehicles for years. Where Audi's system differs is in the precise control it has over the torque output of the wheels, and the negative torque measured out under deceleration.

Ordinarily, the strong regenerative braking effect in an electric car when lifting off the accelerator pedal can be sudden enough for the driven wheels to break traction on a slippery surface. Locking rear wheels is not a situation you want on a rainy, icy or snowy road, so Audi is patenting a system that detects whether a wheel is about to break traction or not. A little like traction control in that regard, but equally applicable under deceleration as well as acceleration. It means braking regeneration in Audi's future electric, plug-in hybrid and hybrid models would vary depending on the road surface--stronger when required, but less abrupt should conditions call for it.

The new system is likely to carry the name 'e-tron quattro'--a nod to Audi's highly successful Le Mans R18 sports prototypes. The firm has already developed an A5 e-tron quattro prototype to explore its new road-going hybrid-electric drivetrain, combining a 211-horsepower gasoline engine and electric motor at the front, and a second, 81-horsepower electric motor at the rear. Not only is economy said to improve--and a 40-mile electric-only range available--but it also negates the need for a mechanical connection between front and rear wheels.

Another of Audi's patents deals with wheel aerodynamics. Several automakers have tackled this subject too, designing wheel covers or alloy wheels that minimize the aerodynamic drag of a spinning wheel, to the benefit of fuel efficiency. Audi's system is more advanced, using hinged flaps between the spokes that open or close depending on the demands of the wheel--as the car speeds up, the flaps close to reduce aerodynamic resistance, but can also spring open again to help the brakes cool. Audi has already used a very similar system for the wheels of its R8 e-tron electric supercar--but the patent suggests it's likely to spread to regular production models too.