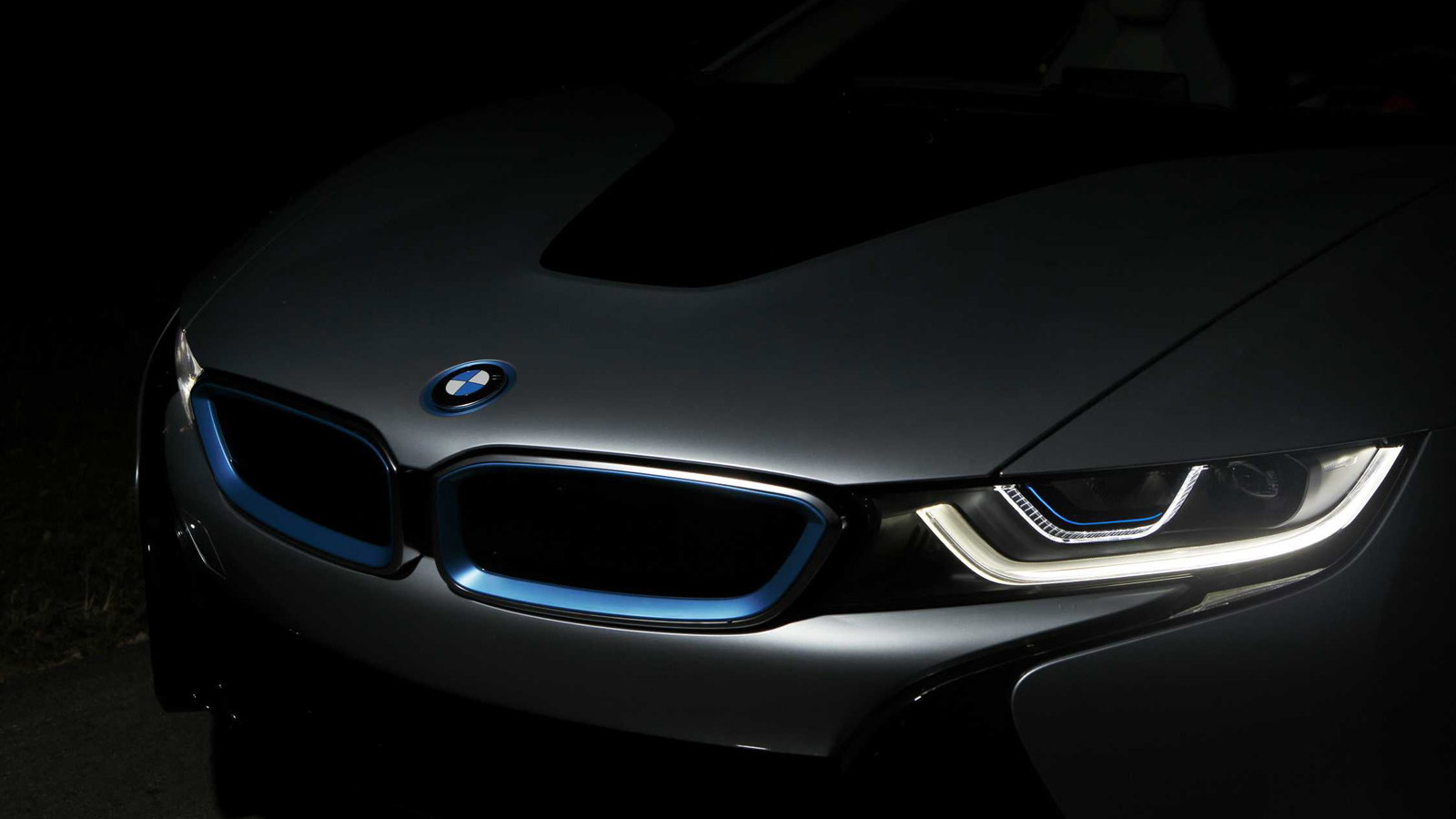 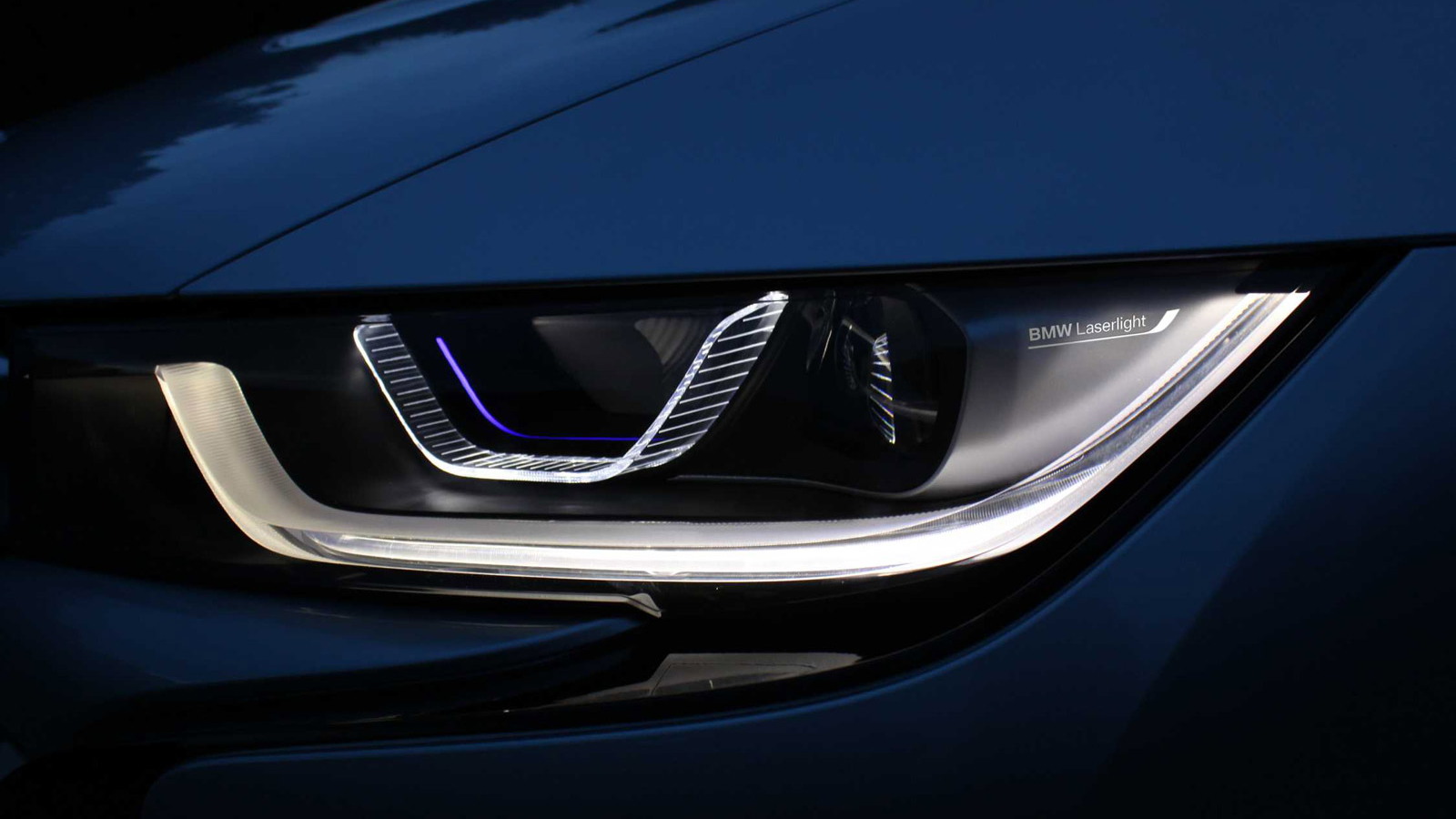 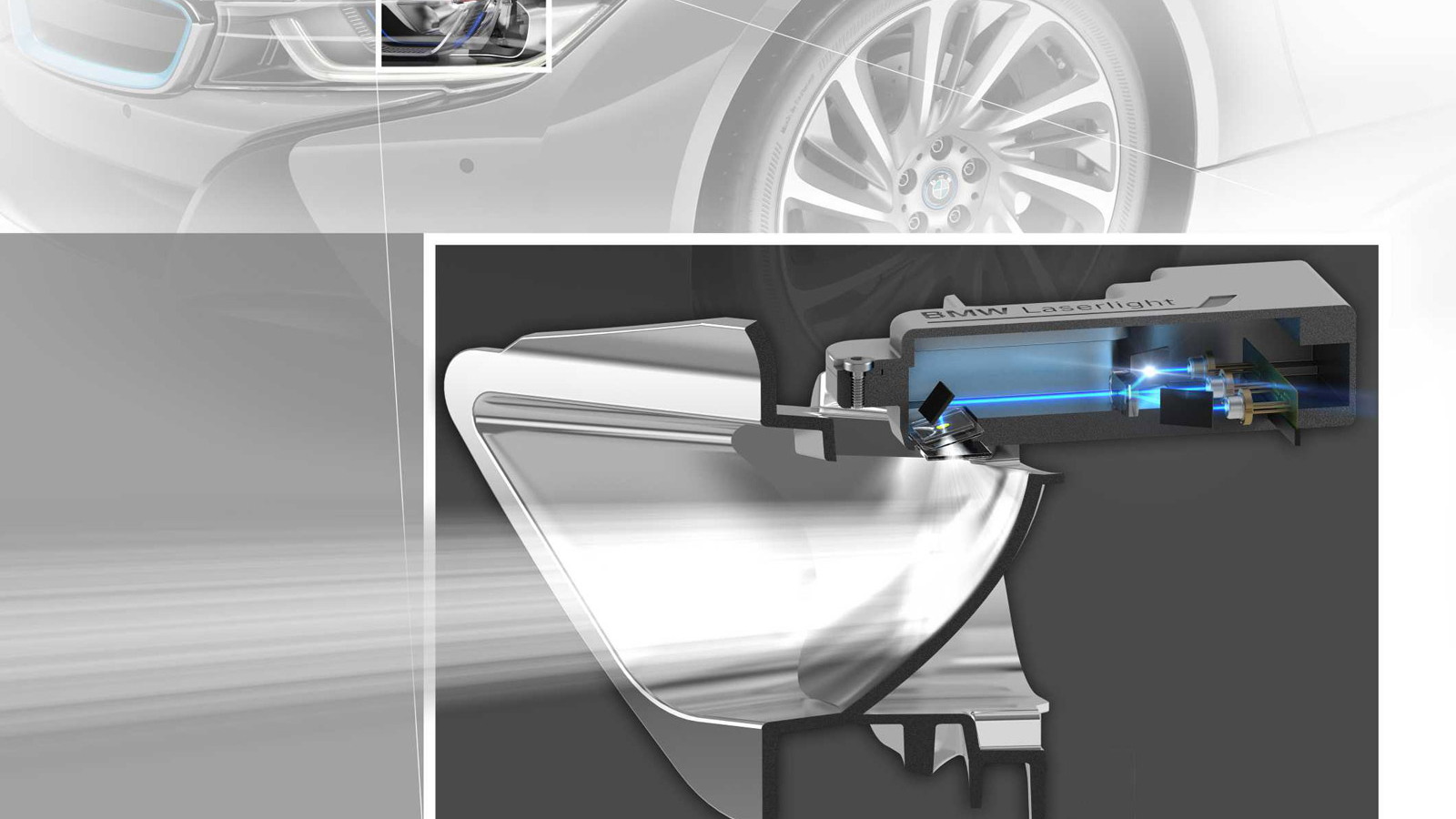 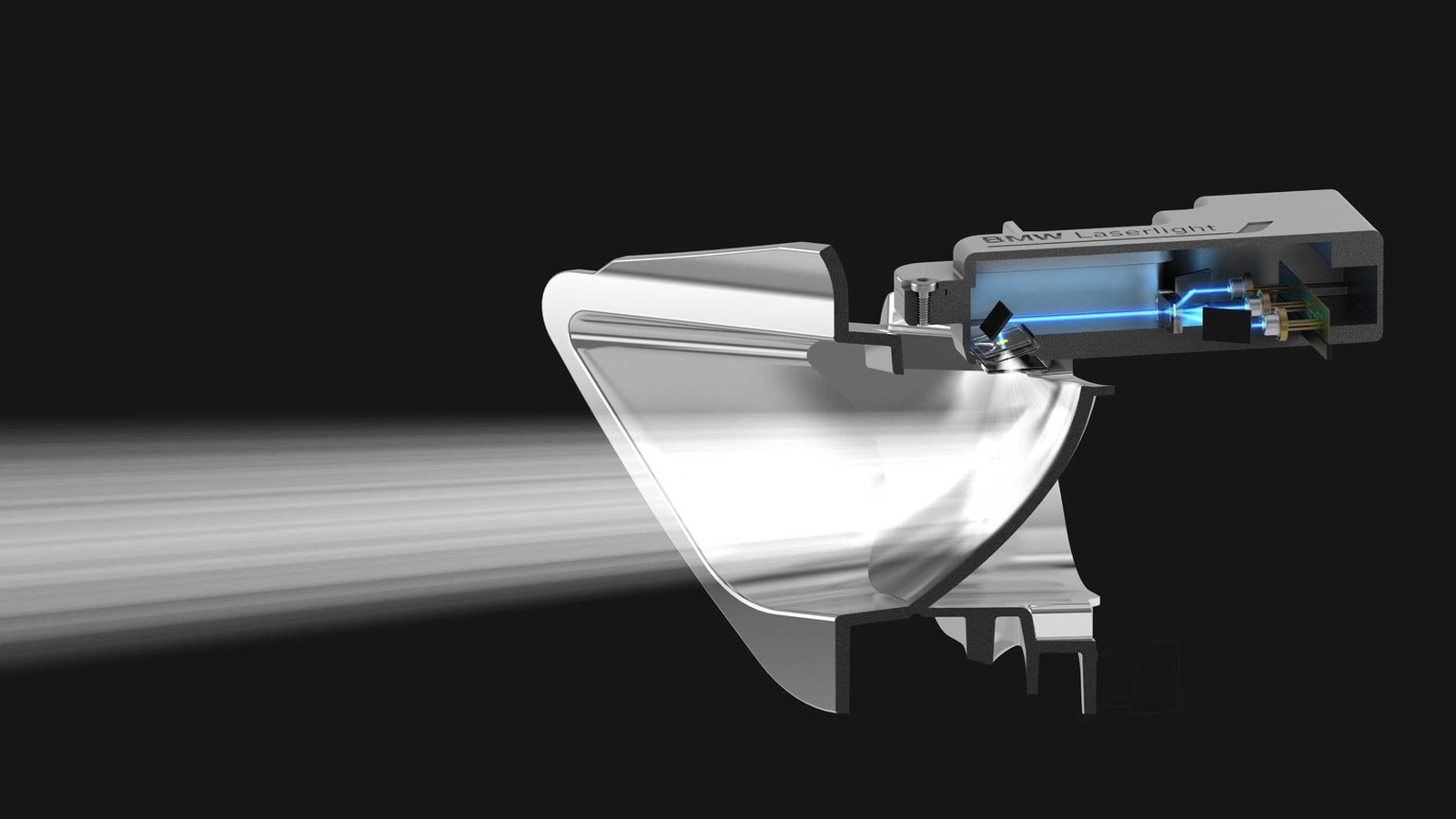 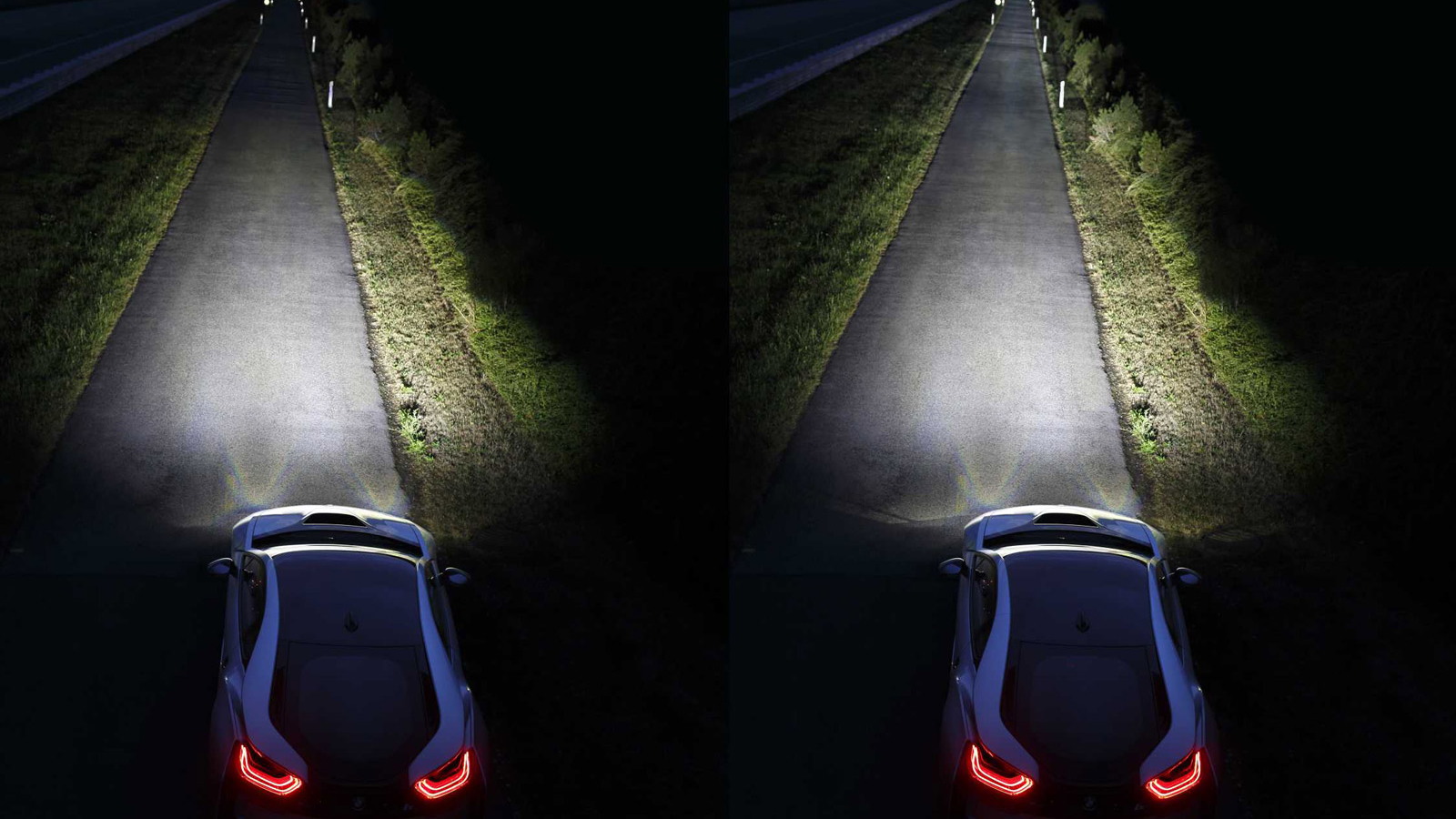 5
photos
BMW’s cars already have a distinctive look in your rear-view mirror with their angel-eye headlights and that view will soon start to look even more distinct. That’s because the automaker is now offering new laser headlights on its cars, starting with the 2015 i8 sports car which has just entered production and due on sale later this year priced from $135,925 with shipping.

Laser lights offer a number of advantages over the best lighting technology available on cars today, LED lighting. LEDs themselves already offer several advantages in terms of light output, energy use and finer control over incandescent or gas discharge lighting and lasers take that a step further.

Laser light is a different kind of light to that of regular light, as it's monochromatic--the light being produced only has one wavelength, rather than a color spectrum. In headlight use, several high-performance diodes emit a strongly bundled beam via special lenses onto a fluorescent phosphorus substance inside the headlight (see images above). This substance transforms the beam into an exceptionally bright white light that's more intensive than conventional light sources.

As a result the light can reach as far as 600 meters or double the range of LEDs, and the beam pattern can be controlled very precisely, instantly and safely. In addition, laser lights consume around 30 percent less energy than already highly power-saving LEDs and the diodes are ten times smaller. This helps to save not only available installation space inside the headlight, but also weight--the size of the reflector surface can be reduced by a factor of up to ten vs. LEDs.

To ensure no one gets blinded, the lights work together with BMW's camera-aided digital high-beam assistant, which dims the light if it detects an oncoming car or another car up front.

While other automakers have promised to deliver the technology, BMW is the first to actually offer it on one of its cars. Note, the standard i8 is equipped with full LED headlights. BMW is offering the laser light as option, and only for the high-beam at present.

In the coming years, more BMW models will be available with laser lights.