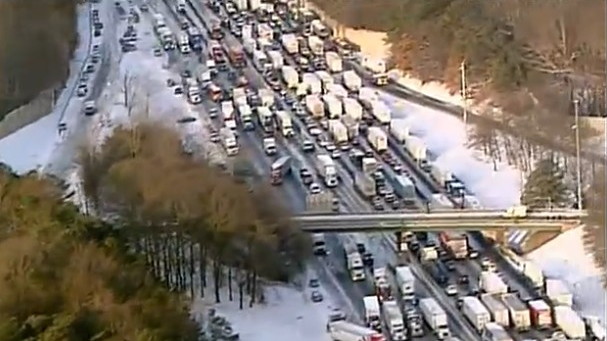 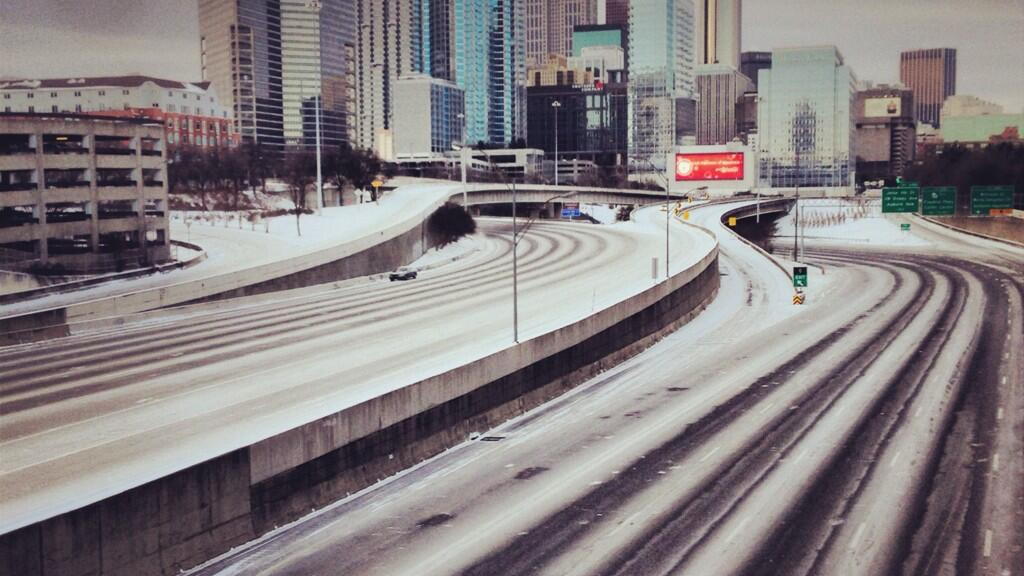 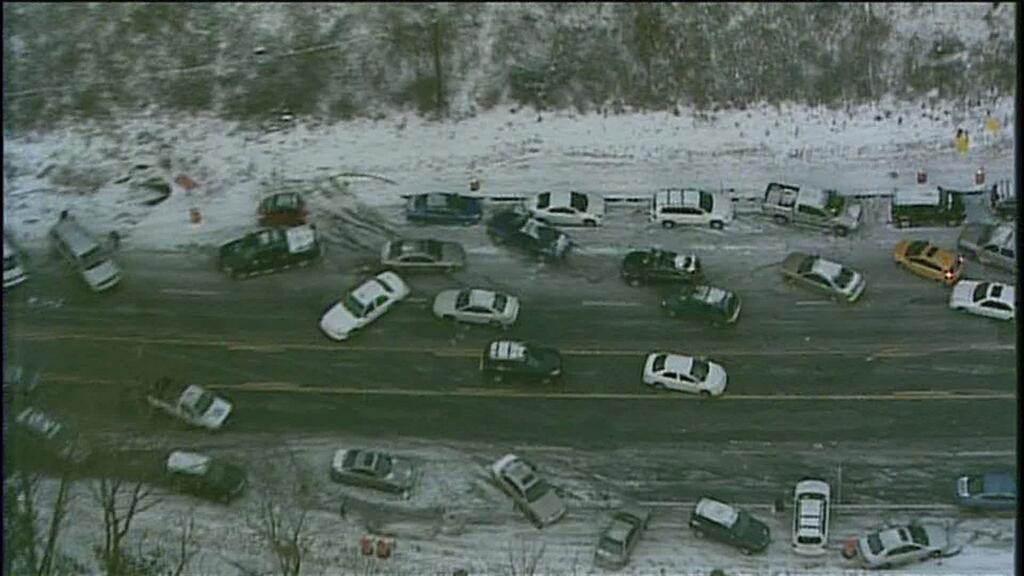 4
photos
It seems we can hardly go a week without some "winterpocalypse" these days. The latest bunch of water to fall from the sky causes widespread idiocy, doubly so if it happens to be frozen water. Unfortunately, it's not always hype--when a southern city that's unaccustomed to snow gets a fair dose of it, along with below-freezing temps, mayhem ensues.

The snow--all 1-3 inches of it--had a very real and dangerous impact on Atlanta's citizenry on Tuesday. Why? Because the city was largely unprepared for it, even though guys like Al Roker say they were warning of the coming Fluffy White Doom as early as Monday.

To be fair, Roker's glib assessment doesn't appreciate the reality of the situation: the forecast was expanded and updated at the last minute. Previous warnings hadn't included a general city-wide alert. The results show, clearly, that the snow storm was unexpected in its scope and severity.

The full damage tally isn't likely to be known for days yet, but already more than 900 car crashes have sidelined motorists. The slippery conditions have even forced some commuters to sleep in their cars overnight, gridlocked on frozen highways and surface streets after failed 12-hour commutes. One college student even took a wicked knee shot from Jim Cantore.

Looking at aerial shots of Atlanta now almost looks like a winter scene from The Walking Dead, with cars, trucks, buses all stopped in place, some nosed into snowbanks, others smashed into each other.

On a lighter note, Rebellion Racing's shots of Road Atlanta under snow awaken our inner hooligan. Imagine the downhill esses with only marginal grip. Or cresting into turn 11, sliding sideways as the concrete barrier looms large in your side window through 12. Fun? Scary? Both.

Road Atlanta in the snow, via Rebellion Racing @RebellionRacing on Twitter

All jokes aside, the Atlanta snow storm has turned deadly--at least one person was killed in the icy mayhem. At last count, 99 school buses were stranded on the road overnight, exposing many children to sub-freezing temperatures without food or supplies. Some children had to stay overnight in their schools, while others were escorted from buses stuck on the freeway to a local Kroger supermarket where they overnighted the wintry weather.

Atlanta's mayor warns that the situation remains dangerous. If you're in Atlanta today, stay home unless it's a true emergency, or your short little trip may turn into one.

UPDATE: As of Thursday morning, Atlanta mayor Reed is informing drivers who abandoned cars that their vehicles may be picked up from central towing locations after 10 a.m.