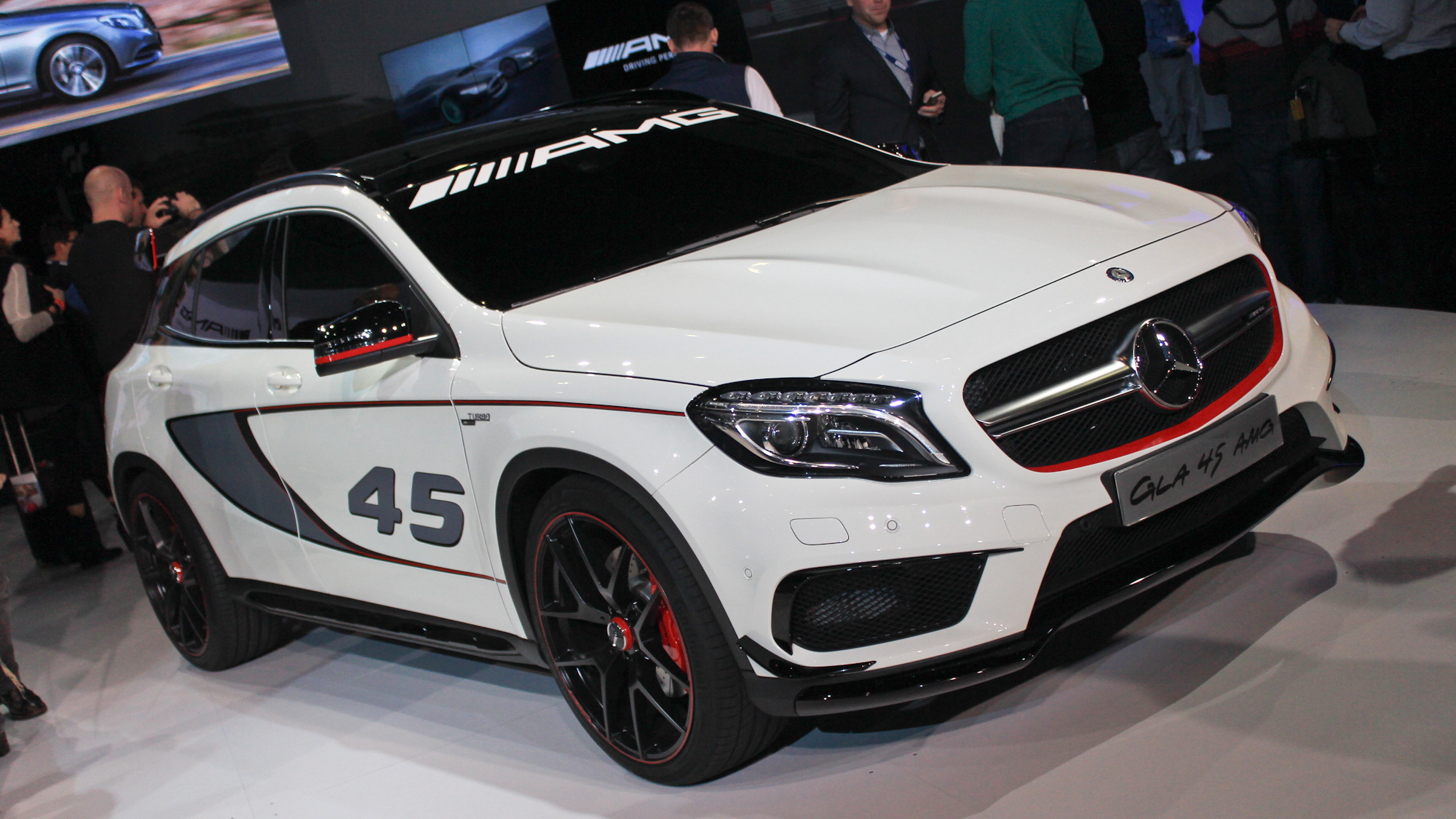 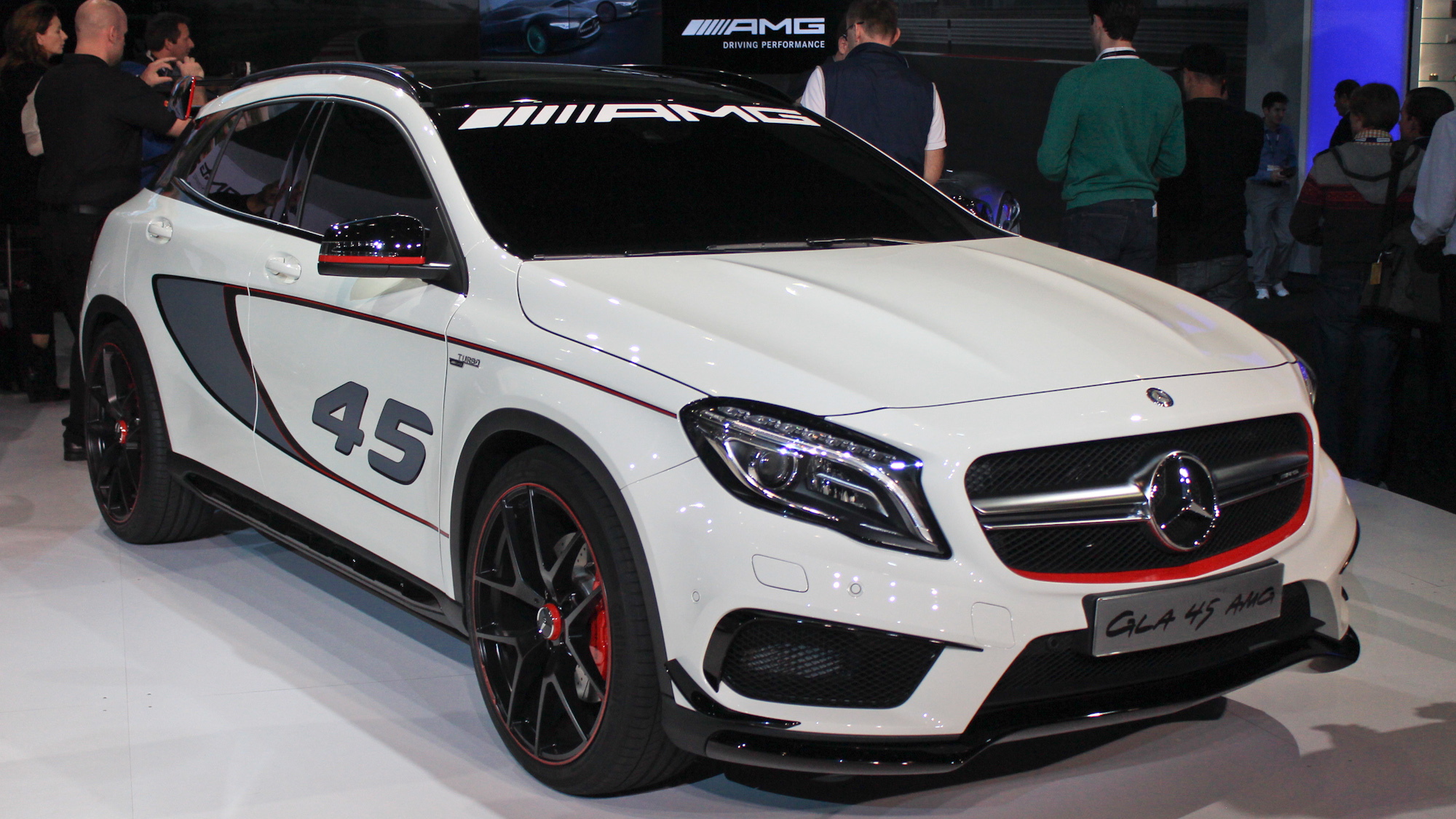 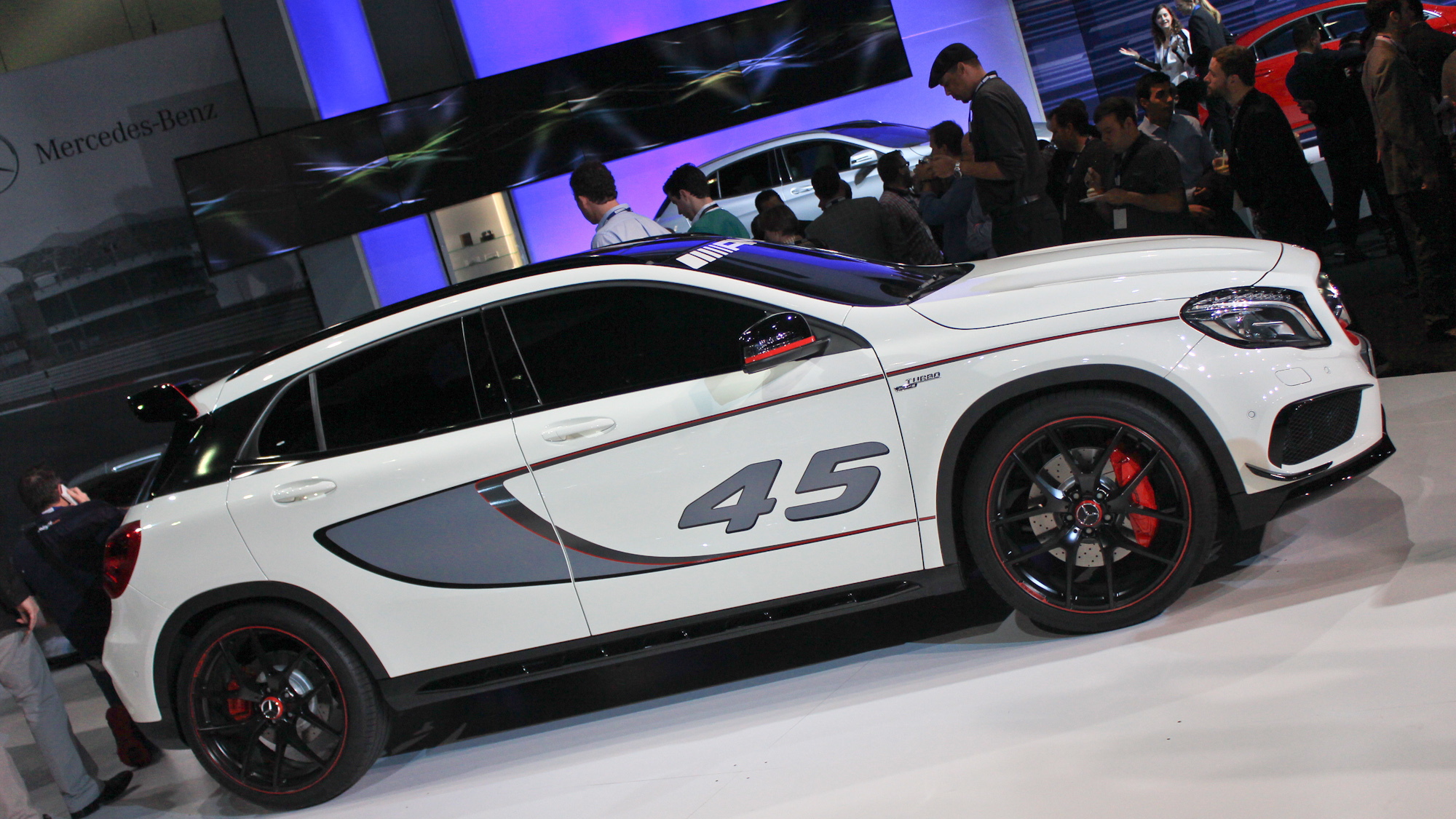 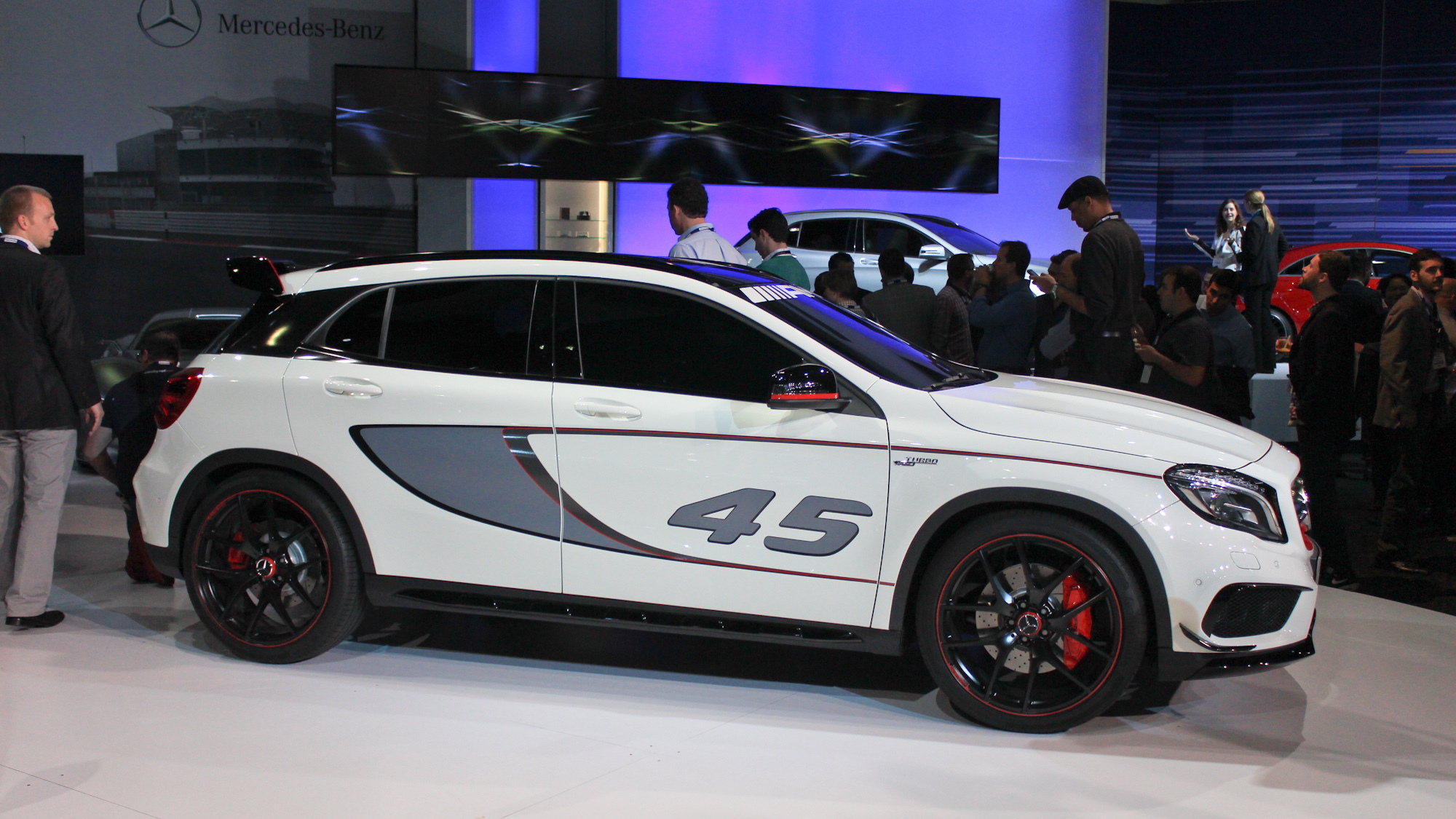 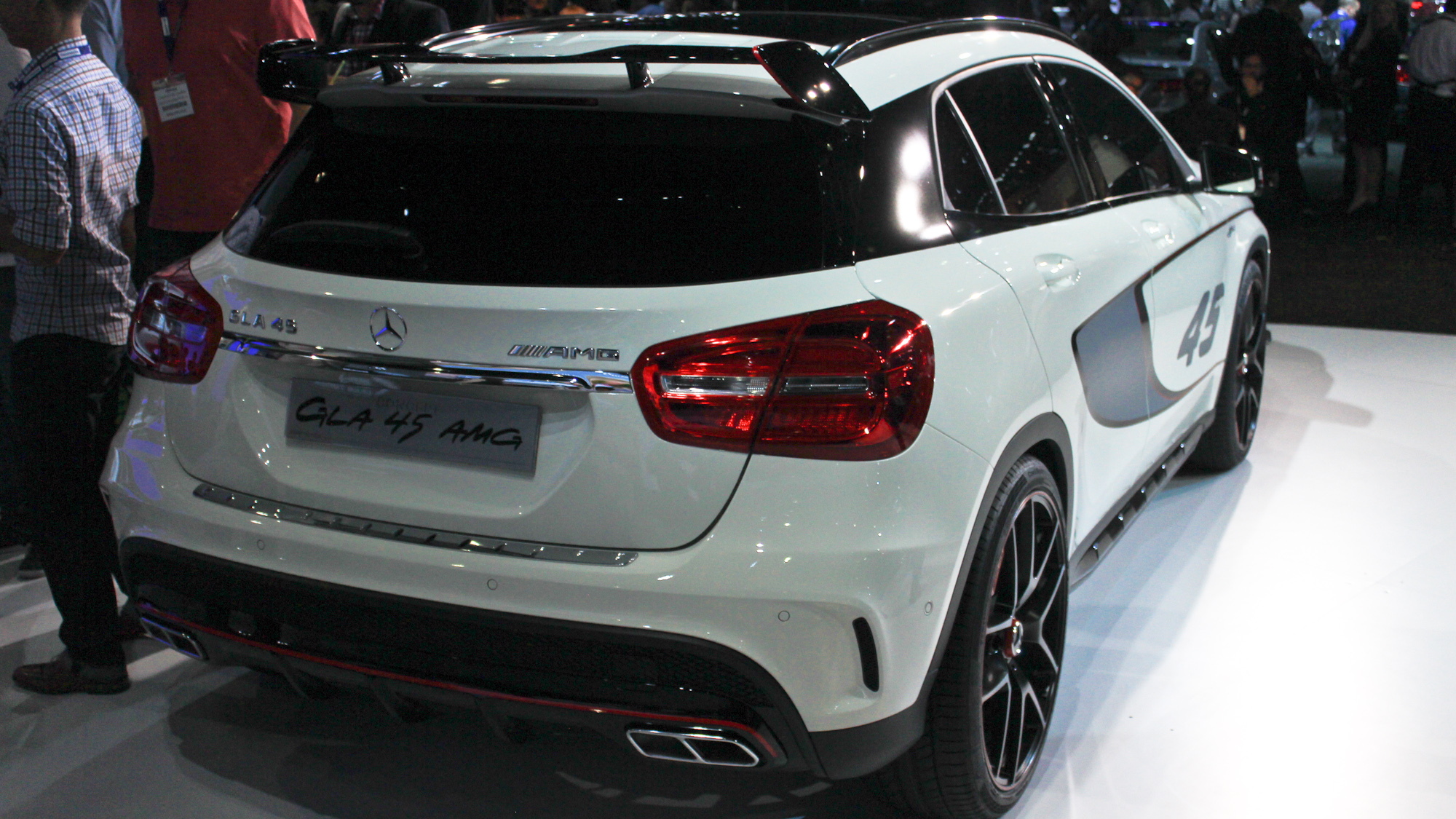 28
photos
Punchy four-cylinder turbos in compact luxury vehicles have already proved their worth in several brands’ recent offerings, perhaps none better than 2014 Best Car To Buy winner, the Mercedes-Benz CLA45 AMG. But what about a taller, slightly more rugged take on that concept? Enter the Concept GLA45 AMG. In both studio images and live photos from the 2013 L.A. Auto Show, the GLA45 looks like nothing so much as a taller version of the A45 AMG hatchback we don't get in the U.S.

Sharing the same 355-horsepower turbocharged 2.0-liter four-cylinder engine, on-demand all-wheel-drive system, many other features with the CLA45, the Concept GLA45 AMG previews what a more crossover/hatchback-like AMG compact could be.

Building on the coming GLA-Class crossover, the Concept GLA45 AMG is intended to hit hard at the young, design-focused buyer’s market, while delivering world-class dynamics and performance.

Despite the taller ride height and greater apparent bulk than the CLA45 AMG, the Concept GLA45 AMG claims to keep its 0-60 mph acceleration time under 5.0 seconds (the CLA45 rates 4.5 seconds, officially), thanks in part to its seven-speed AMG Speedshift DCT dual-clutch transmission.

The Concept GLA45 AMG sits on 21-inch wheels wrapped in 255/35 high-performance tires. The wheels are matte black with a red rim flange, with AMG hub covers that give a center-locking look; AMG high-performance red brake calipers finish the wheel stance. Around the GLA45’s lower exterior, aerodynamic bodywork adds an aggressive look to the smooth crossover curves, while the doors bear a racing-style number on the doors to further enhance the performance theme.

As for the silver and red exterior accents, it’s a wrap—-called a “foil wrap” by Mercedes, but likely standard vinyl—intended to accent the red highlights on the grille, exterior mirrors, spoiler, diffuser, and wheels.