';
It’s incredible that this week will see three major international auto shows take place in the space of 48 hours, meaning you had better brace yourself for a flood of new model debuts coming at you very soon. The first of the three shows is the Tokyo Motor Show, which starts early Wednesday. Later that same day, the Los Angeles Auto Show gets underway, and just one day later China’s Guangzhou Auto Show kicks it into high gear.

This year, the Motor Authority team is attending the shows in L.A. and Tokyo, and will be bringing you all the latest info and live photos direct from the respective show floors. The Tokyo Motor Show misses out on many of the big brands that typically attend events in Europe and North America, but what it lacks in international flavor it makes up in the assortment of quirky Japanese concept cars that grace the stands of the Tokyo Big Sight convention center where the event is held.

Here’s a rundown of what you can expect from this year's Tokyo Motor Show. And don’t forget, you can access our most up-to-date coverage via our dedicated show hubs: Tokyo Motor Show, Los Angeles Auto Show and Guangzhou Auto Show. 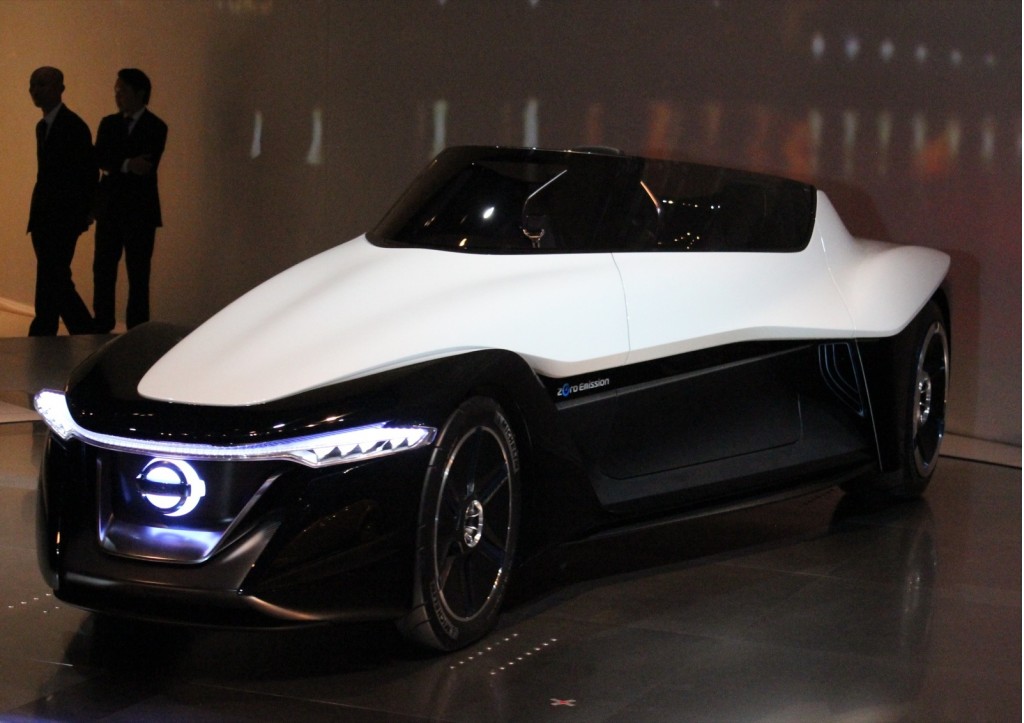 Nissan BladeGlider Concept: Nissan’s theme for its home event is a performance one, and one of the standouts is this BladeGlider concept. It’s a three-seat electric sports car that looks to gliders for inspiration and as strange as it looks Nissan promises to build a production version. We’re still waiting on full details, but we suspect that some of the expertise Nissan gained in its Leaf NISMO RC Racer might have been put to good use in developing the car. And, of course, it bears more than a passing resemblance to the ZEOD RC electric race car and the DeltaWing race car, which Nissan was previously involved with. 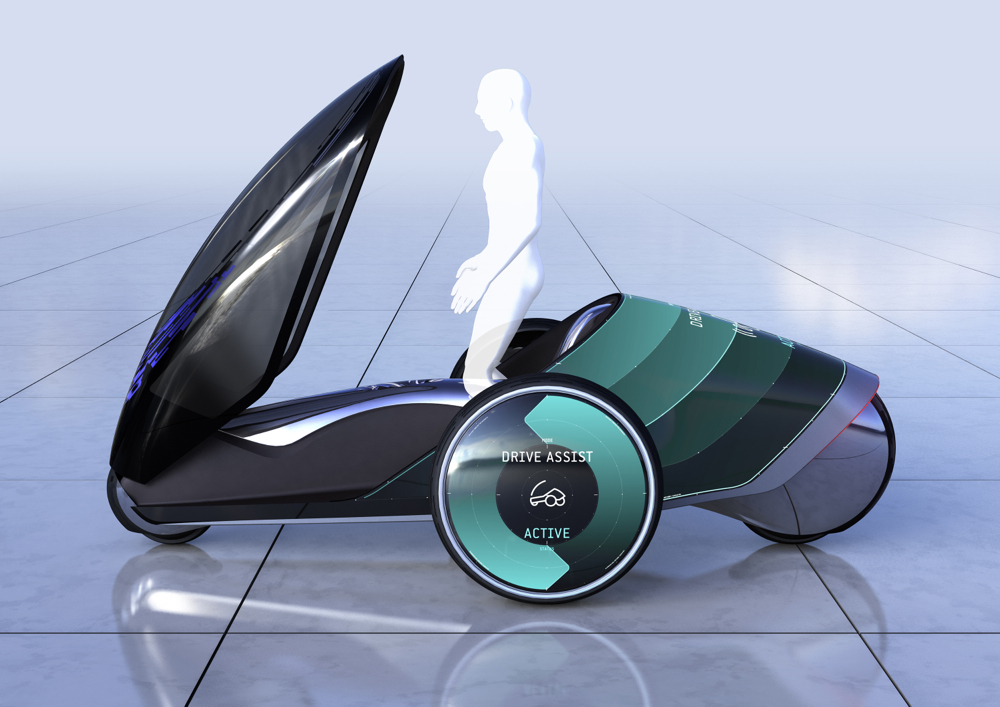 Toyota FV2 Concept: Toyota doesn’t believe that pure battery-powered electric cars are what the market wants, but that doesn’t mean it hasn’t experimented with a few electric car concepts. One of its latest is the FV2, a one-person, three-wheeled vehicle that Toyota says represents the future of "fun to drive." Instead of using a steering wheel, the FV2 is controlled by the driver shifting his or her weight side-to-side. The vehicle also uses voice and facial recognition technology to determine the driver's mood, and can learn a person's preferences and driving style over time. 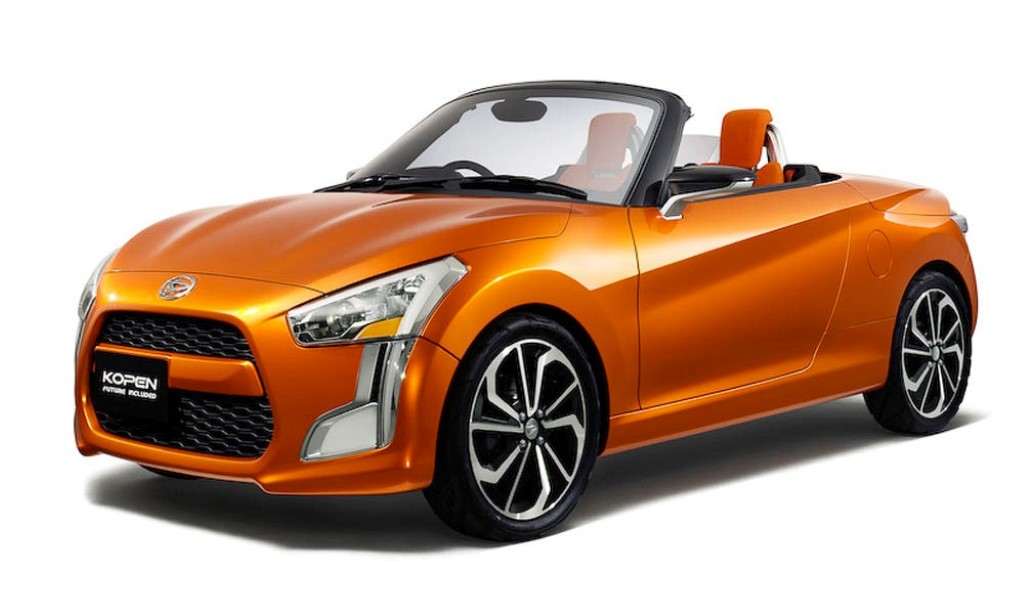 Daihatsu Kopen Concept: Daihatsu’s quirky Copen roadster looks set to make a return, with the Japanese automaker planning a handful of ‘Kopen’ concept cars for the Tokyo Motor Show that are likely to preview the upcoming production version. The car fits into the ‘kei’ category (Japan’s name for minicars) and looks a little like a convertible Scion FR-S that has been in the dryer too long. Daihatsu will show two other kei concepts at Tokyo. Coolest by far is the bizarre FC-Deck mini-truck, again built to kei-car regulations and featuring a hydrogen fuel cell drivetrain. 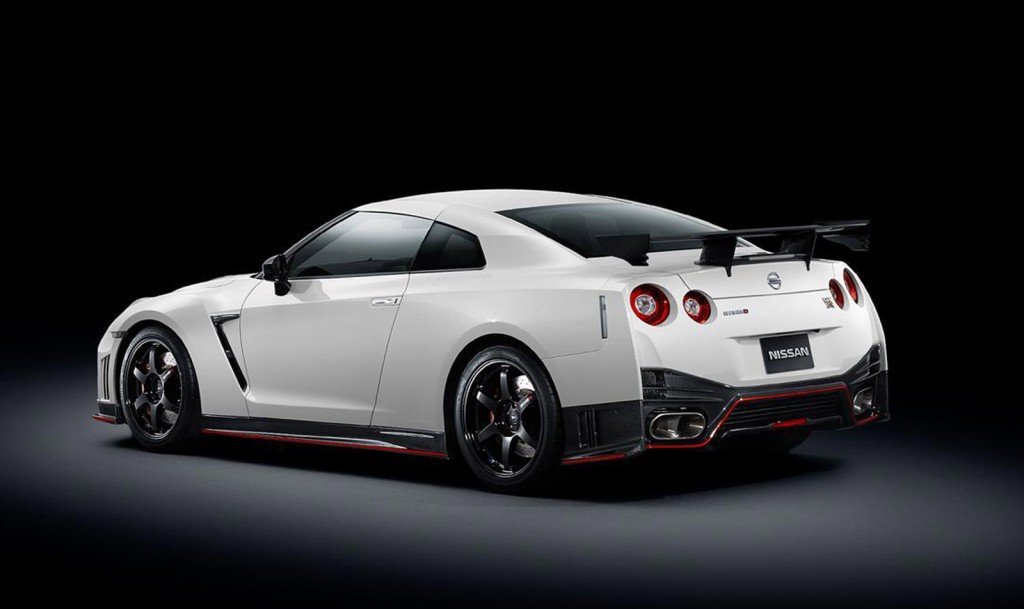 2015 Nissan GT-R NISMO: But it’s not all quirky concepts and kei cars at the Tokyo Motor Show. This year we’ll also see some awesome performance machines, and one of the most spectacular is the long-awaited GT-R NISMO.  Full details on the car are yet to be released but according to leaked information it will deliver 595 horsepower and 480 pound-feet of torque, and be able to lap Germany’s Nürburgring circuit in a time of 7:08.69 when equipped with an available track pack. The track pack is said to reduce weight by 143 pounds, improve the chassis and add manually-adjustable Öhlins. The GT-R NISMO is expected to be the last variant of the R35 GT-R family, which means a new model, the R36, can’t be far. 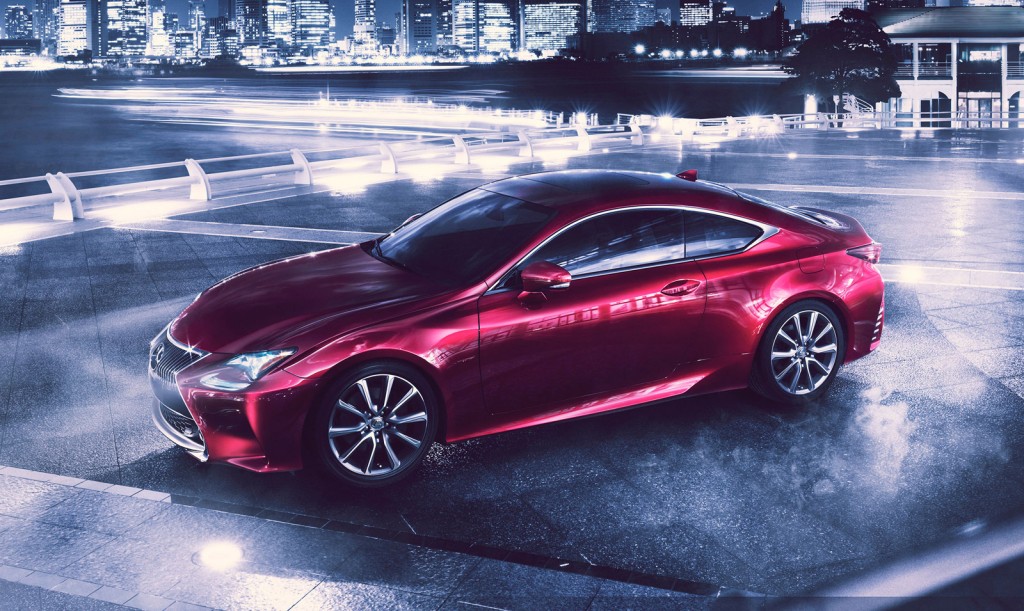 2015 Lexus RC: Another sporty car in Tokyo will be the Lexus RC, essentially an IS coupe but with much sportier handling and dynamics than the IS sedan. Two RC coupes will be displayed in Tokyo: the RC 350 with a 3.5-liter V-6 engine and the RC 300h powered by a 2.5-liter four-cylinder engine paired with a Lexus Hybrid Drive system. Lexus hasn’t mentioned powertrains specs for the RC range, but expect the RC 350 model to feature the same 306-horsepower rating as the IS 350 and the RC 250h to get the 300-horsepower rating of the IS 300h model sold overseas. 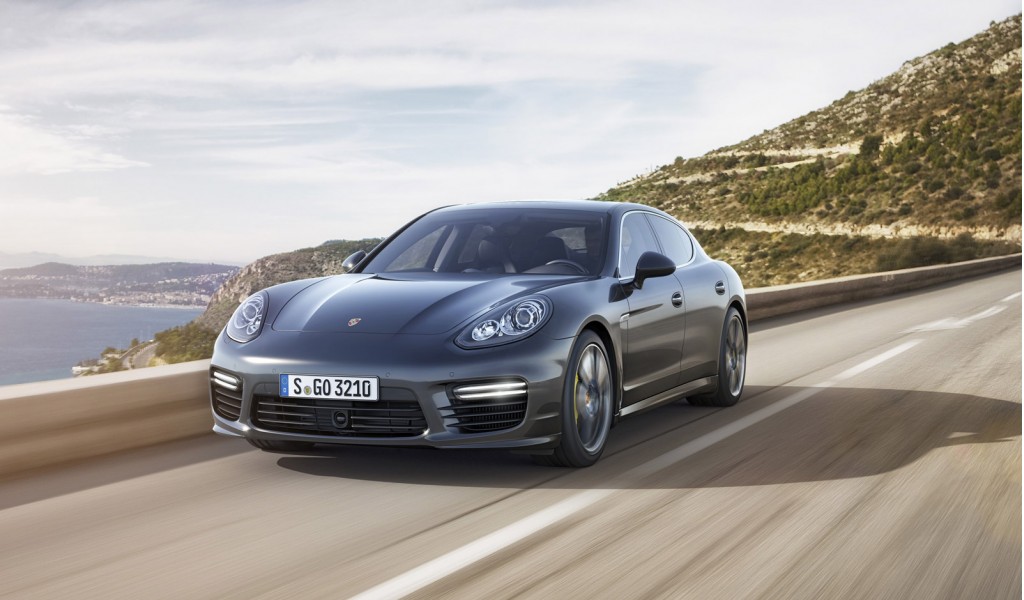 2014 Porsche Panamera Turbo S: It’s not only Japanese brands present at the Tokyo Motor Show; many of Germany’s premium manufacturers will also be there. One of these will be Porsche, which will be showing its 2014 Panamera Turbo S. The updated car is the fastest and most powerful Panamera ever launched; its twin-turbocharged 4.8-liter V-8 now delivers a staggering 570 horsepower and 553 pound-feet of torque (590 pound-feet with overboost). But it’s not just about brute power. There are a number of systems fitted aimed at improving handling, too, and now the car is available in long-wheelbase ‘Executive’ trim as well. 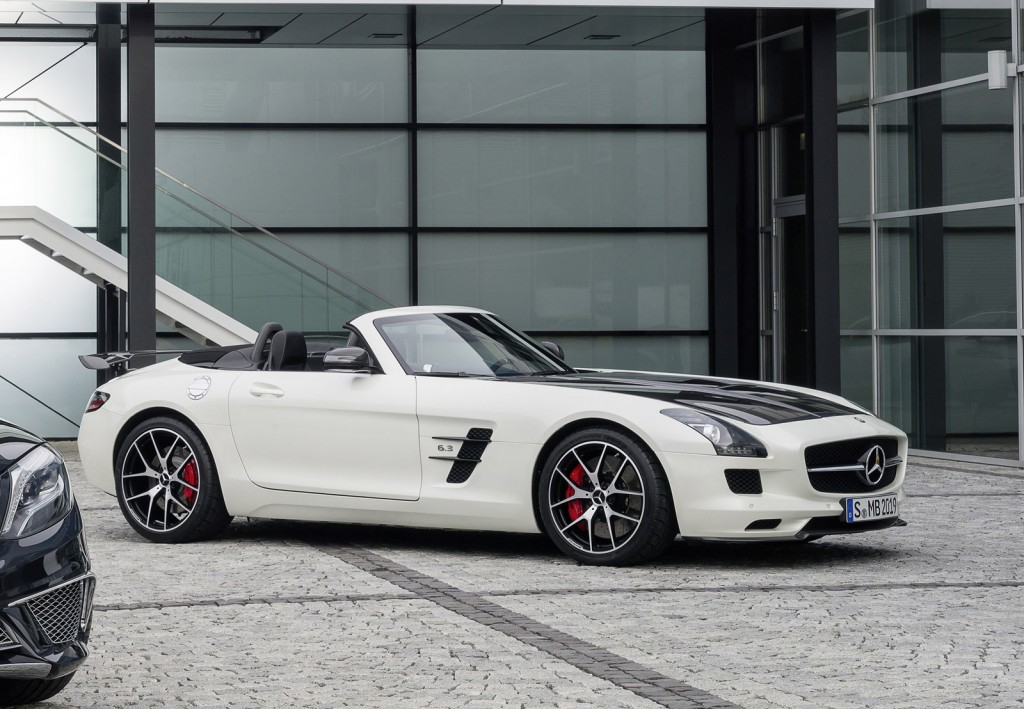 2015 Mercedes-Benz SLS AMG GT Final Edition: Another German performer on show in Tokyo will be this SLS AMG GT Final Edition, the last version of the SLS AMG supercar to be built by AMG performance the gullwing coupe and the roadster is discontinued. Only 350 examples will be built, and we bet it they will become collectors’ items in years to come. The new special edition will also be present at the Los Angeles Auto Show, but we’ll get our first look at it at the Japanese event. 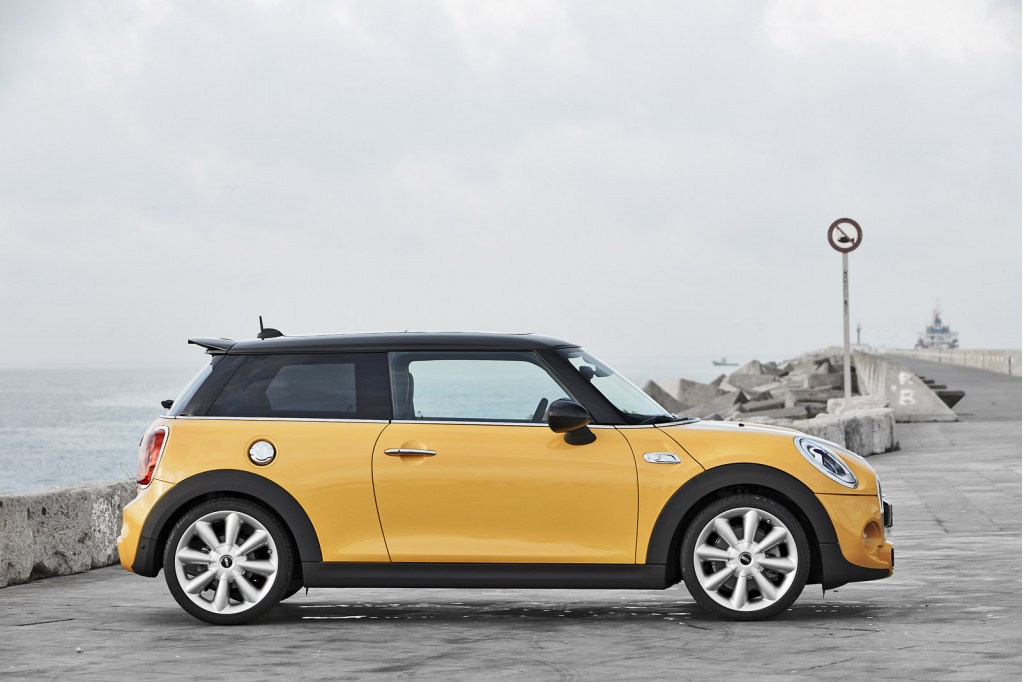 2014 MINI Cooper: Moving away from performance cars, one of the big attractions for regular car shoppers will be the all-new MINI Cooper. The new Cooper, the third generation of the modern MINI, goes on sale in March 2014 but only this three-door ‘Hardtop’ variant will be new for the 2014 model year. Replacements for the current Cooper Convertible, Cooper Clubman and Countryman are all planned but will be released in upcoming model years. The latest evolution of the iconic design signals the more mature character of the new model, reflected by the car’s bulkier size, new safety features and improved quality. 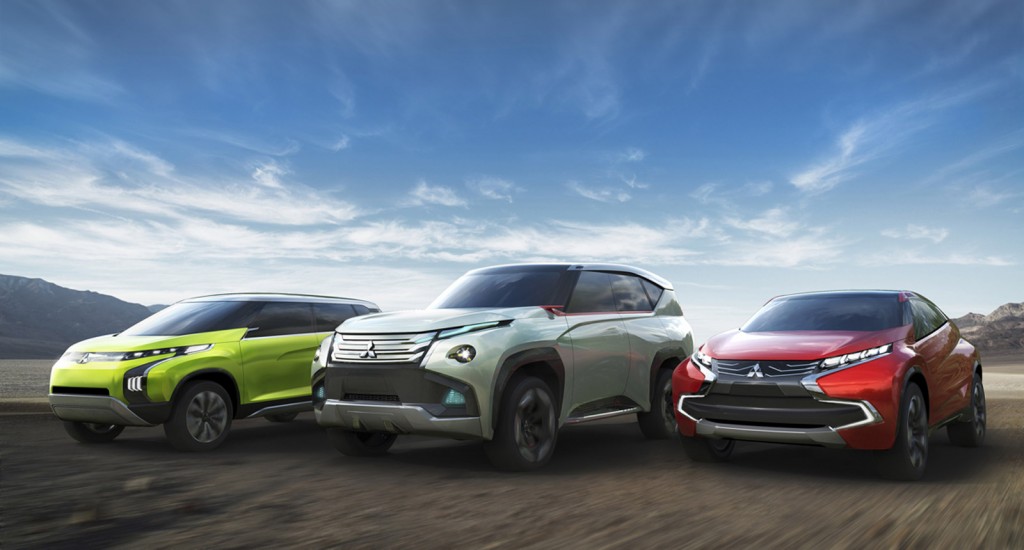 Q50 To Be Sold In Japan As Infiniti-Badged Nissan Skyline?

That’s it for now, but at any time you’ll be able to access the latest information from the 2013 Tokyo Motor Show via our dedicated hub.