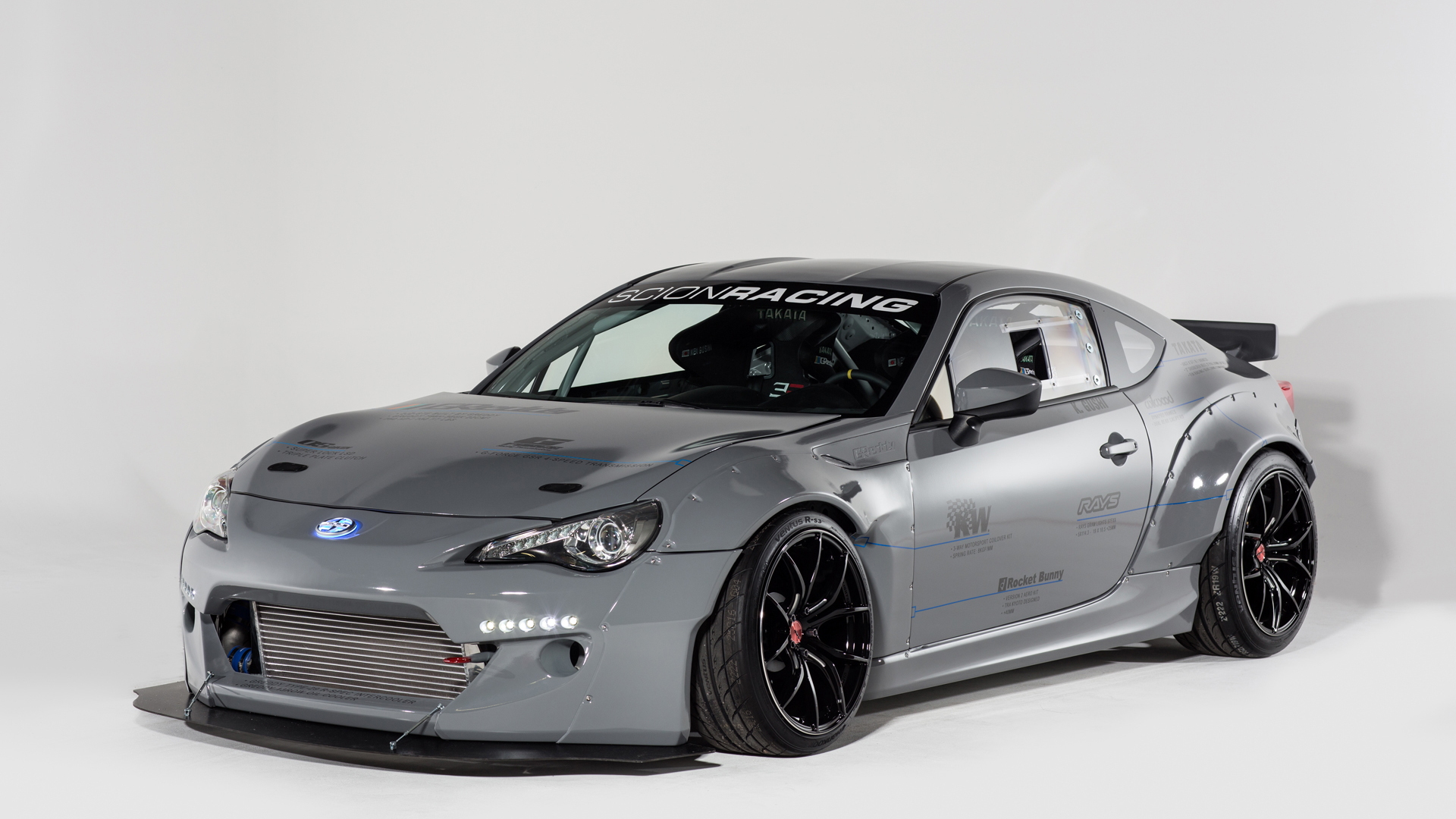 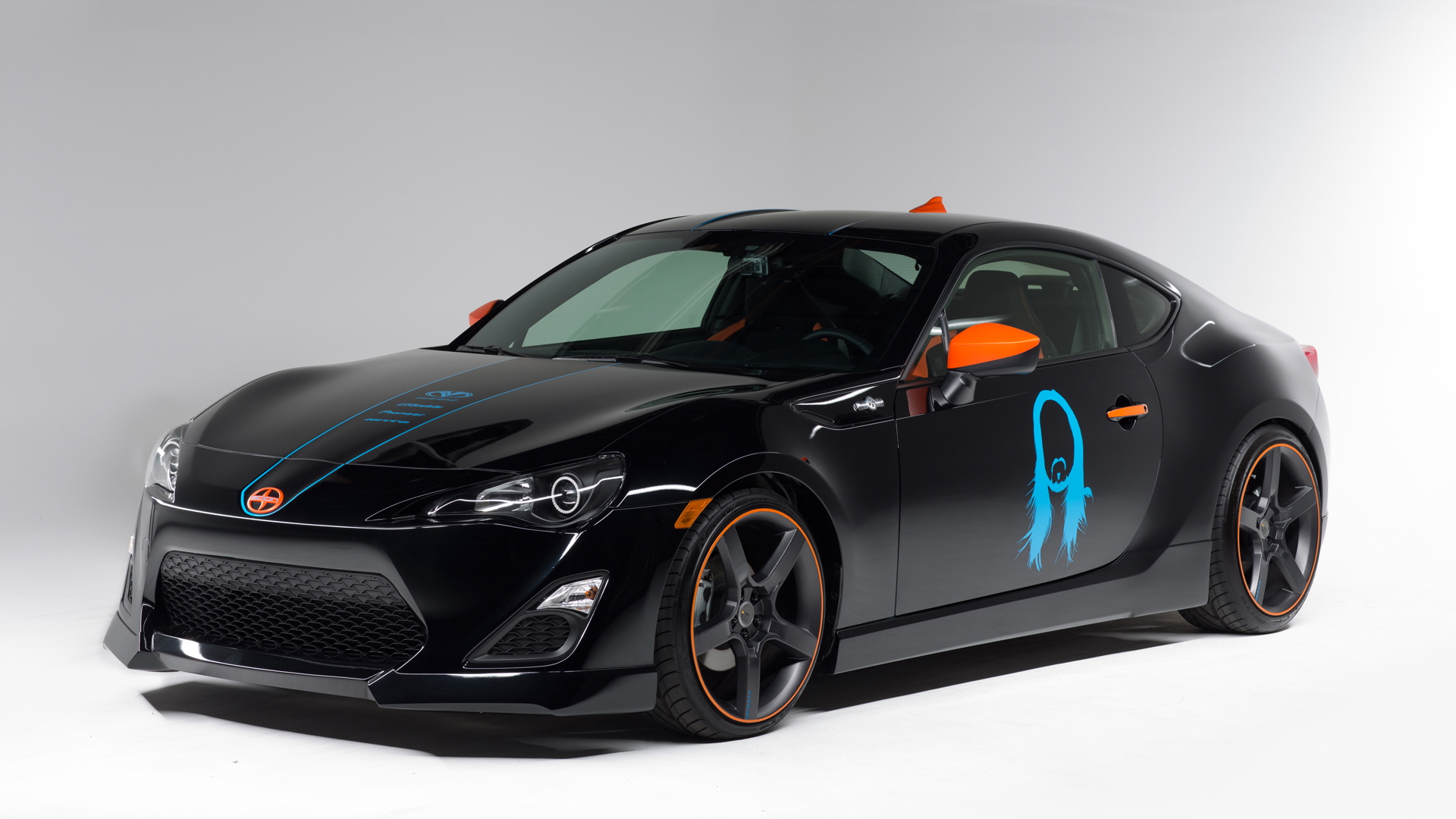 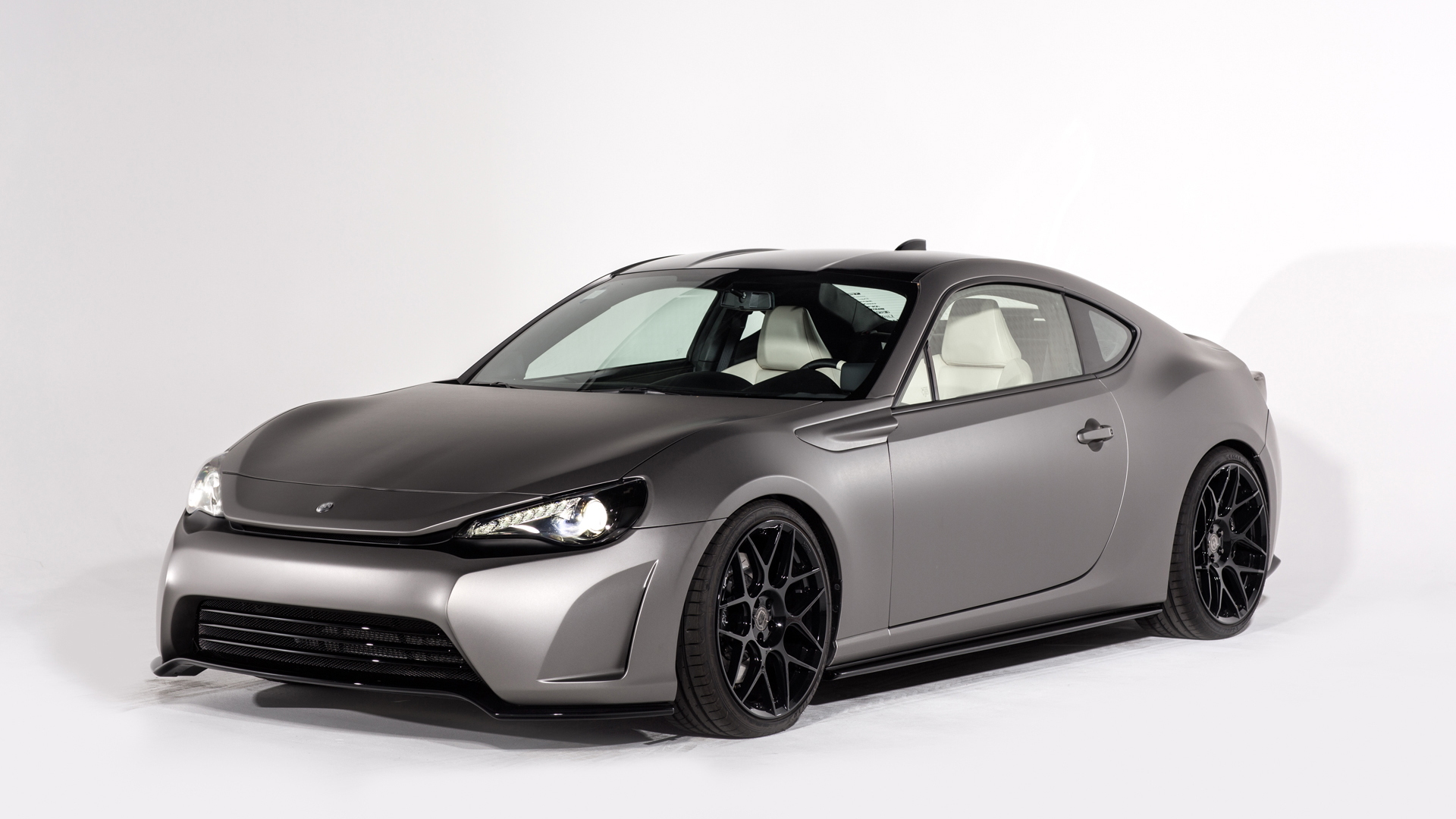 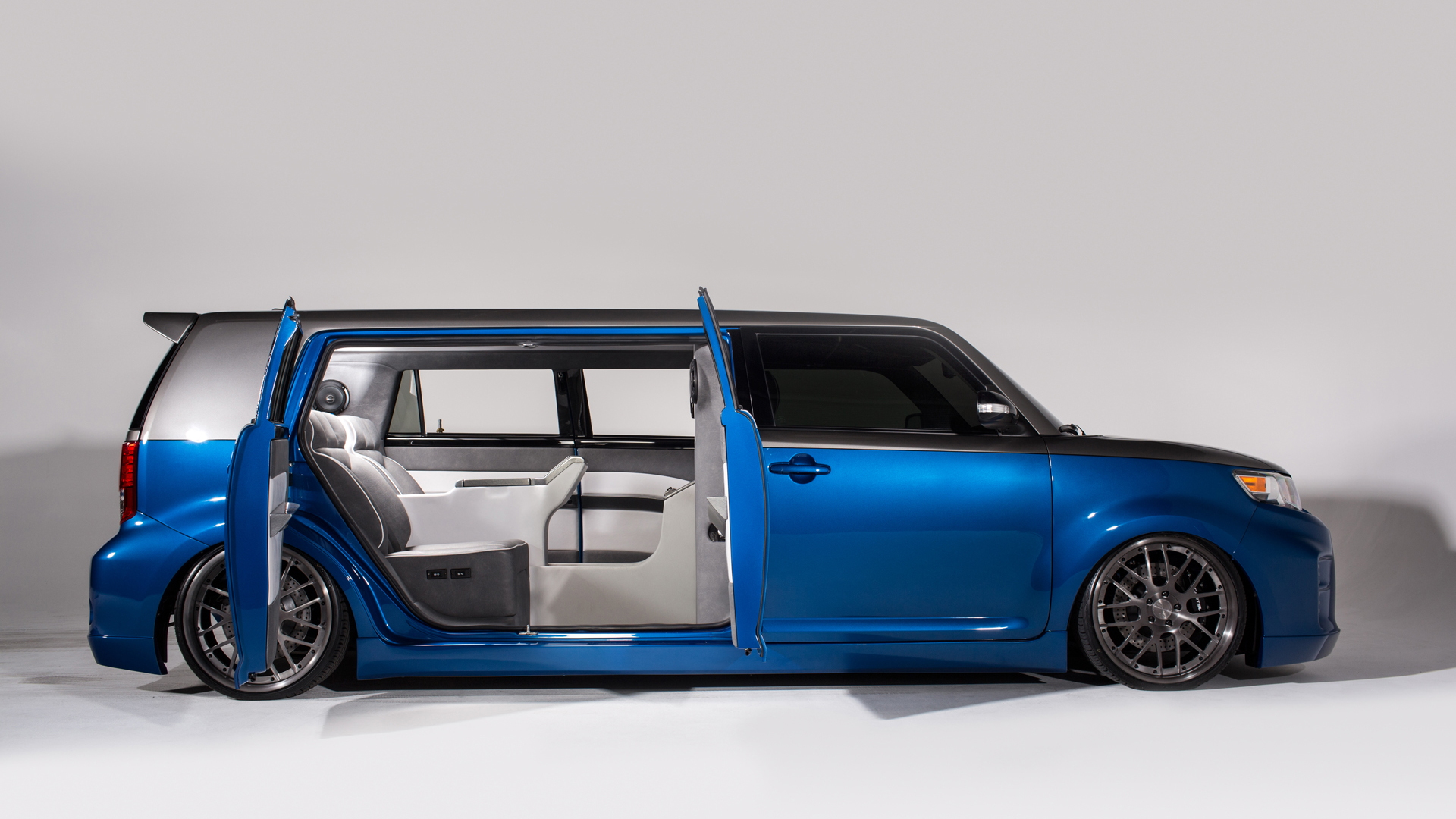 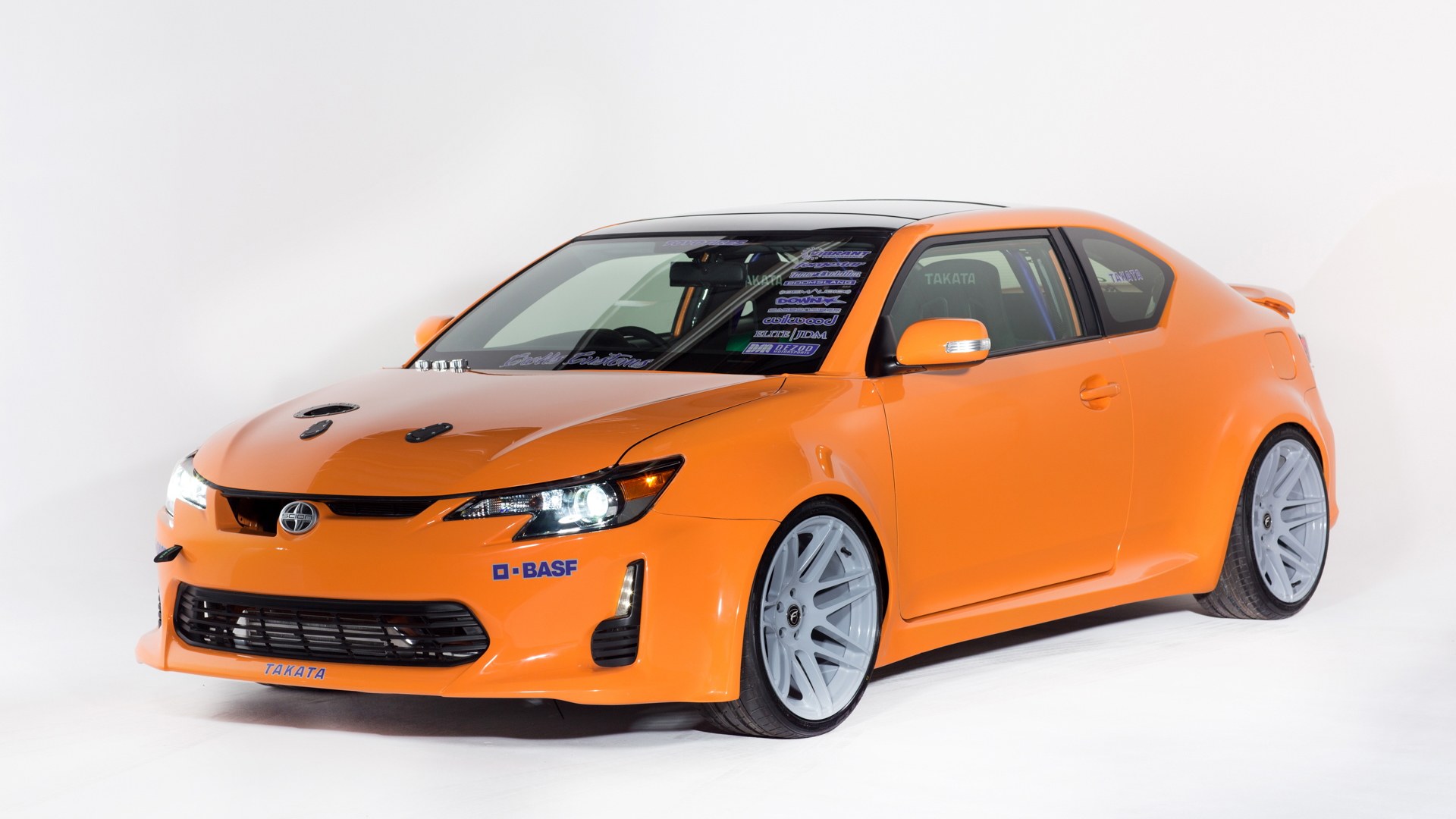 7
photos
Scion is fielding a typically large range of vehicles at the upcoming Specialty Equipment Market Association show in Las Vegas--or SEMA, for short. The youth-orientated Toyota subsidiary will home five tuner cars on its stand, as well as three special Scion tC coupes competing in the Scion Tuner Challenge.

It's the brand's rear-drive models holding the most excitement, though. The FR-S only went on sale in 2012, but we've already seen hundreds of tuned versions and Scion's stand features another four. Of these, the 750-horsepower GReddy Performance x Scion Racing Drift FR-S will drop the most jaws--not only for its power output, but also its wide-arched Rocket Bunny aero kit, moody gray paintwork and the nature of its powerplant: a turbocharged 2JZ-GTE more commonly associated with the Toyota Supra.

Marginally less insane is Bulletproof's FR-S Concept One, a white, winged, wide-body FR-S sporting a handmade body, carbon fiber interior and 500-horsepower engine. Further down the tuning ladder is the Steve Aoki x Scion FR-S, designed by the well-known DJ and producer. Its fog machine and strobe lighting may not be for everyone though, and those after a classier take on the FR-S theme will appreciate the FR-S 'Style J'. Matte gray paintwork, a reworked facia and upgraded interior trim are the basis for the classy coupe; futuristic camera-based side mirrors are the relish. 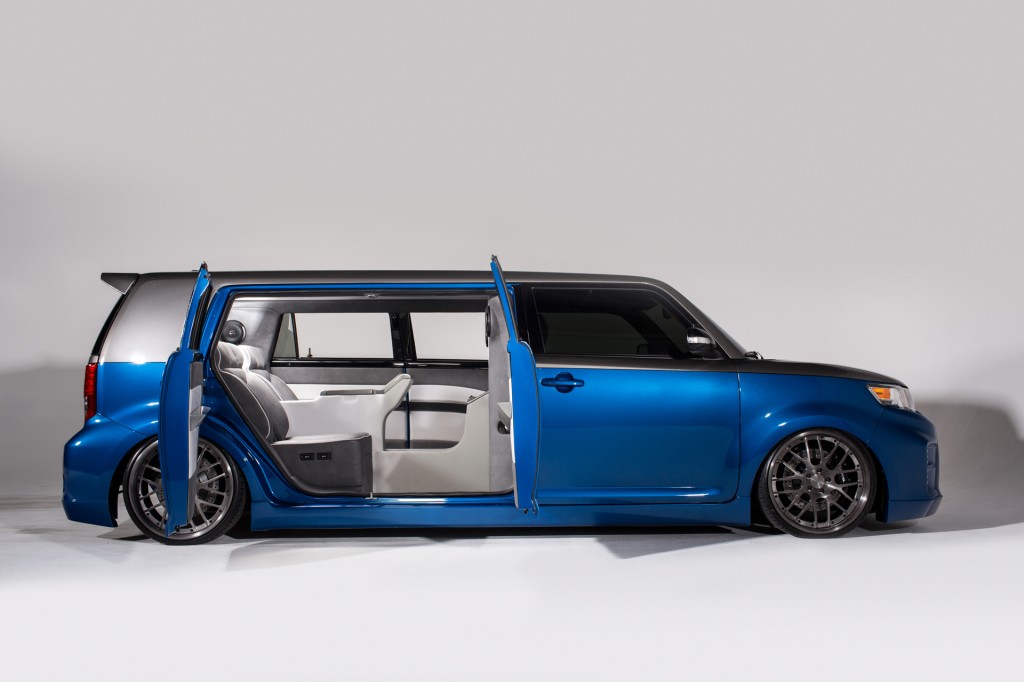 Three Scion Tuner Challenge cars will also make an appearance. Built from a stock 2014 tC with a 90 day limit and $15,000 budget, Croll's Customs, NAMSAYIN and FRS86 co-founder Young Tea all worked their magic on the front-drive coupe. Modifications ranged from the world's first right-hand drive conversion of a tC, to luxury and bodywork modifications.

The winner, announced at 11 am on November 6, will take home a $10,000 grand prize. SEMA opens to industry invitees and press on November 5.