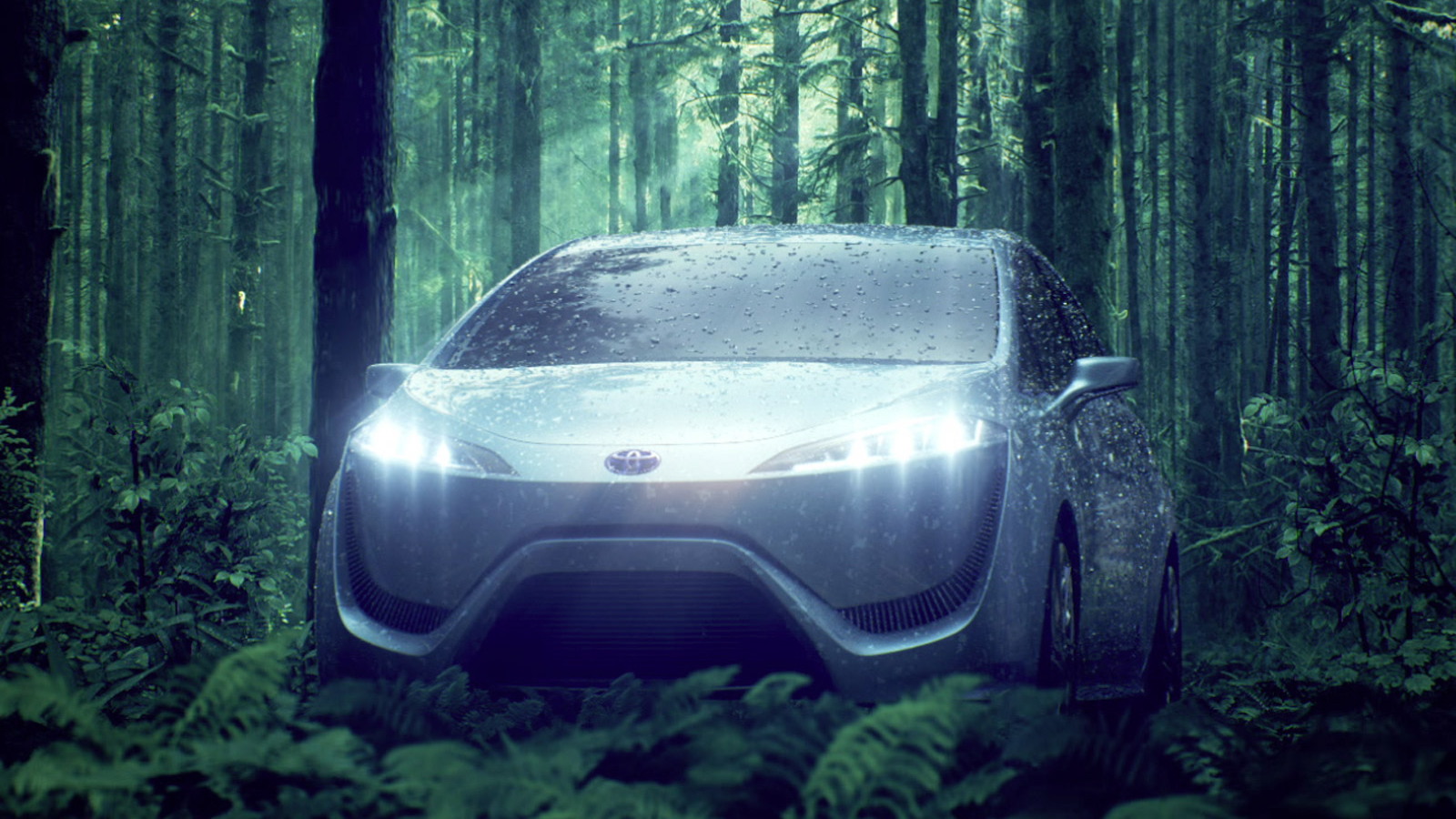 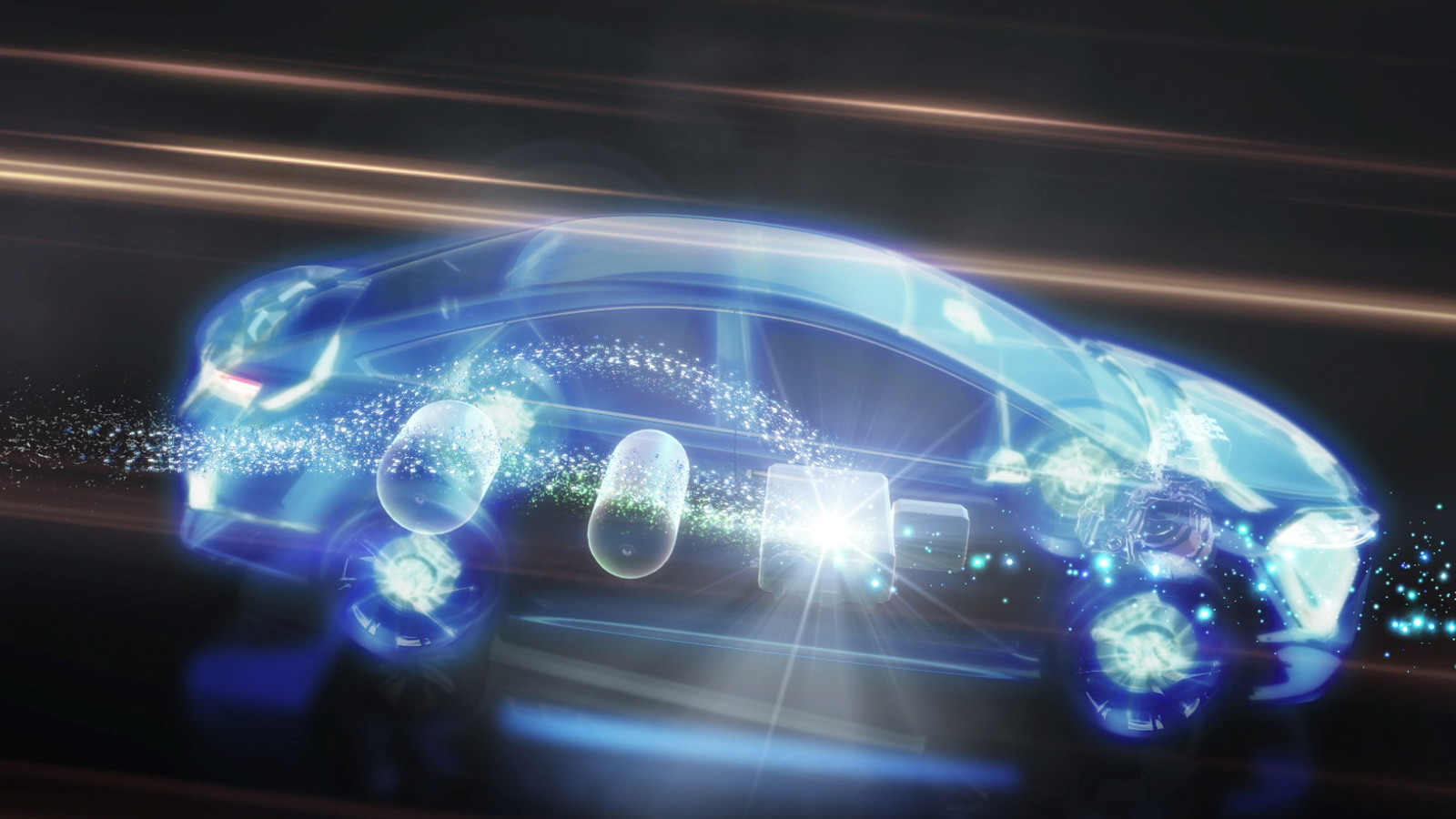 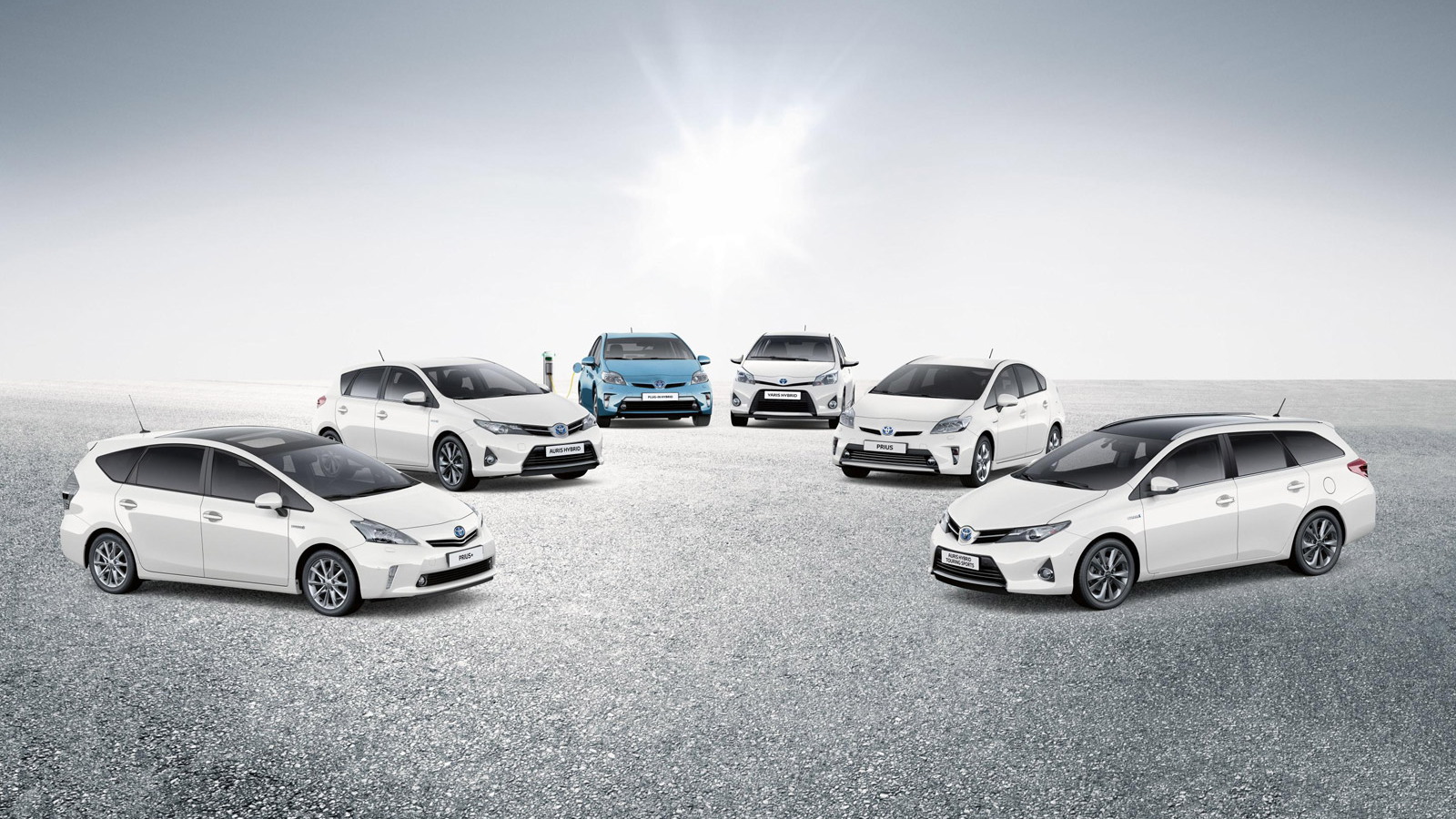 Toyota is committed to launching an affordable fuel cell vehicle by 2015 and has already previewed it with the original FCV-R concept first shown in 2011. At the 2013 Frankfurt Auto Show next week, Toyota will present an updated version of its FCV-R concept that’s said to more closely resemble the upcoming production version.

The FCV-R is essentially an extended-range electric car with a hydrogen-powered fuel cell stack serving as the range extender instead of a conventional internal combustion engine. Toyota believes such as a solution is ideal for the challenges of energy sources and emissions, as the vehicle produces zero emissions during operation and hydrogen is abundant.

Of course, how clean it actually is will depend on where its initial charge of electricity and hydrogen are sourced from. There are both hydrocarbon-intensive and clean methods for generating both fuel sources.

The FCV-R stretches roughly 15.5 feet in length and is said to seat four adults comfortably. Initial testing has shown a driving range of about 420 miles with zero emissions. The only by-product of the fuel cell is water vapor.

According to Toyota, the FCV-R’s fuel cell has the highest power density of production-based design--3.0 kilowatts (4 horsepower) per liter. This has allowed designers to downsize the unit so that much less interior space is required. Remember, more space is taken up by the car’s onboard battery (a 21-kilowatt unit), a pair of hydrogen storage tanks and the electric drive system that actually turns the wheels.

Having first shown the FCV-R concept in 2011, Toyota has continued to make progress towards its planned introduction of a production version by 2015. Cost issues have also been tackled, with the current fuel cell system, including the stack and high-pressure hydrogen tank, one-tenth the cost of that used in previous prototypes, though it’s still around $100k. Toyota aims ultimately to reduce this by a further 50 percent before starting sales to the public, so figure on a pricetag of about $50k.

Despite there being a serious lack of hydrogen fueling stations around the globe, and by the looks of things that won’t be changing anytime soon, Toyota thinks fuel cell vehicles will sell in the tens of thousands annually during the next decade. While other automakers may not have the same level of confidence in the technology, they’re still hedging their bets by developing fuel cell vehicles of their own. BMW has partnered with Toyota to develop the tech, while General Motors and Honda have formed a partnership and so have Ford, Nissan and Mercedes-Benz.

Stay tuned for the updated FCV-R's reveal in Frankfurt next week and for more from the show, click here.