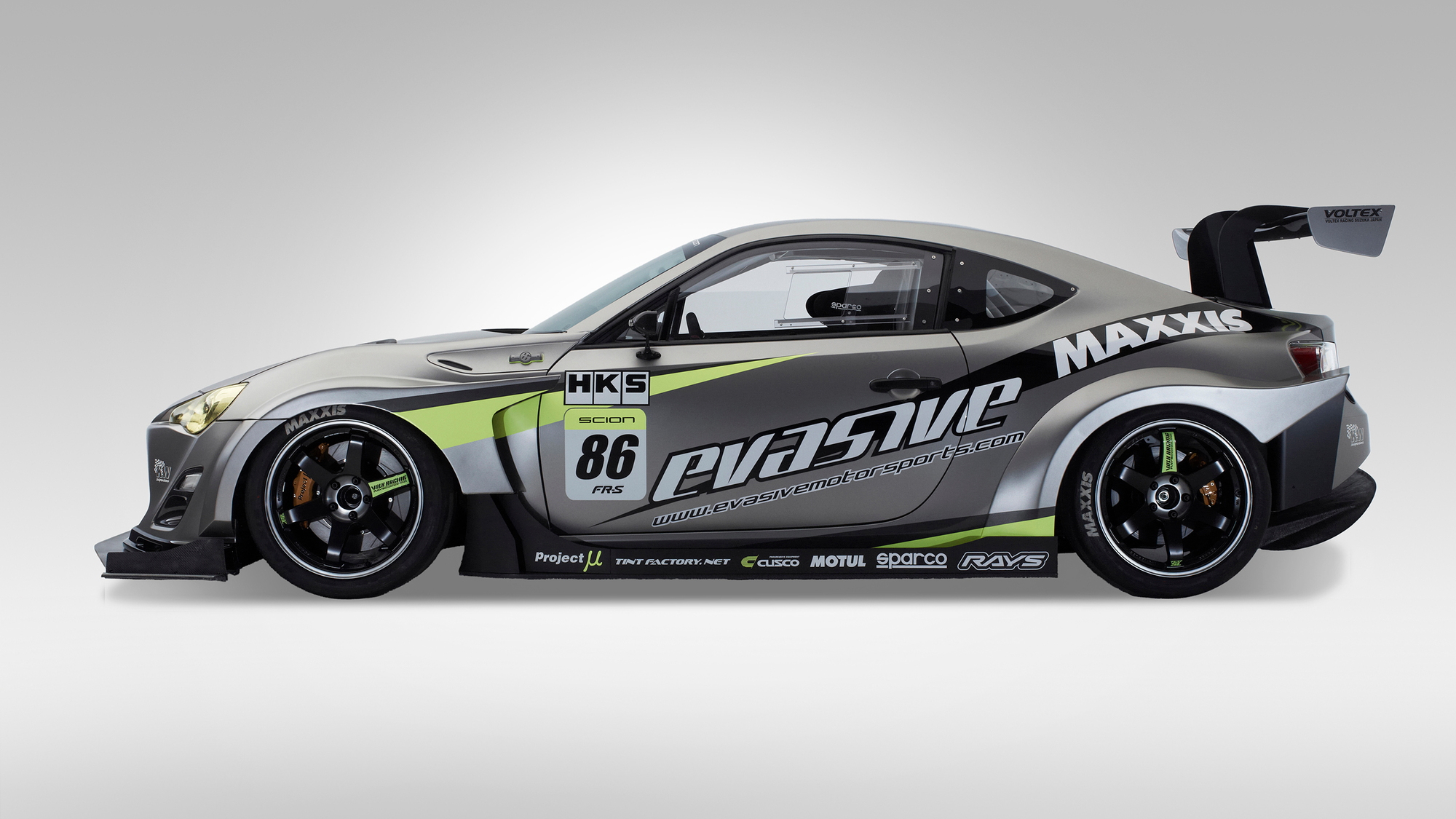 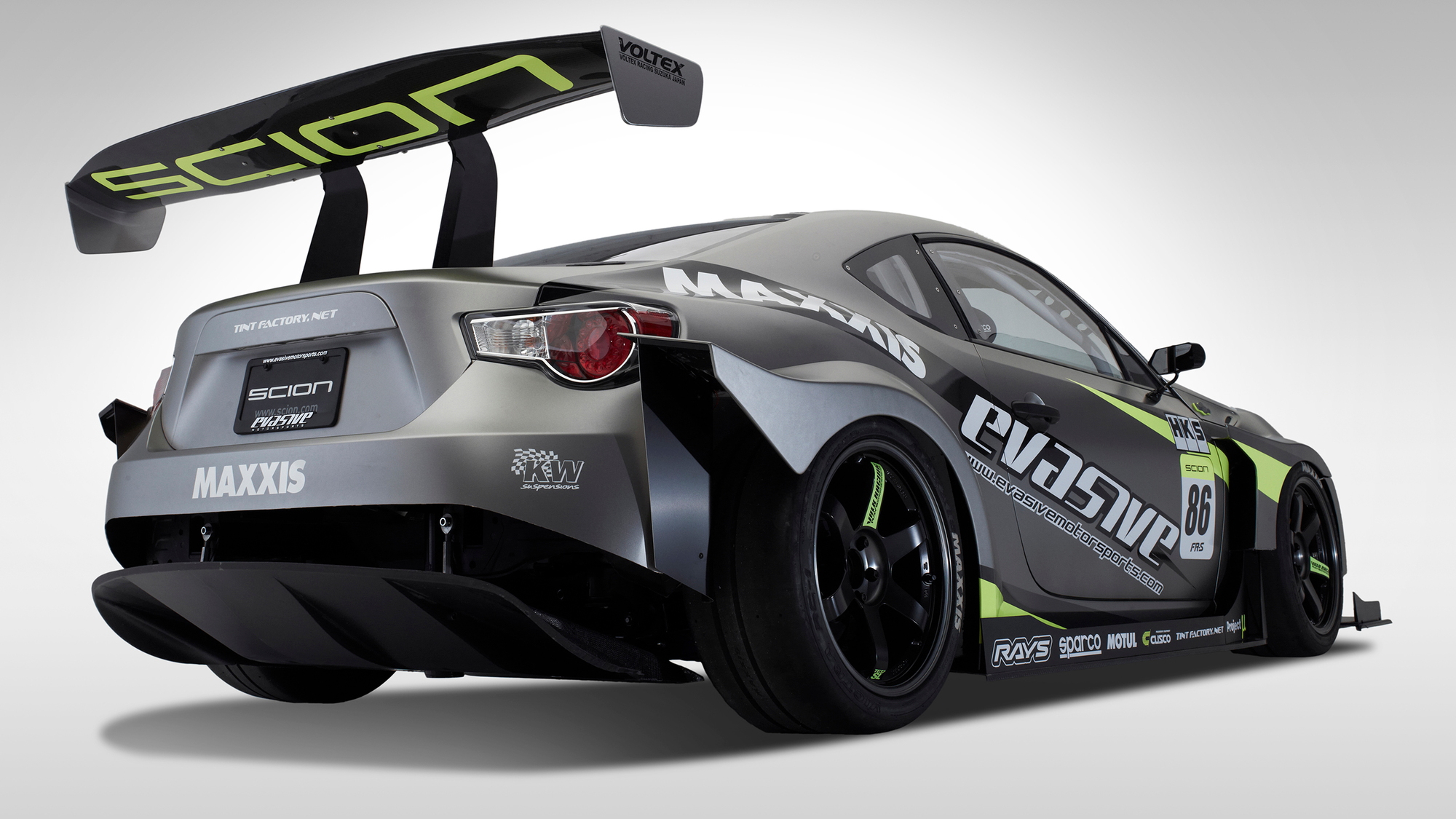 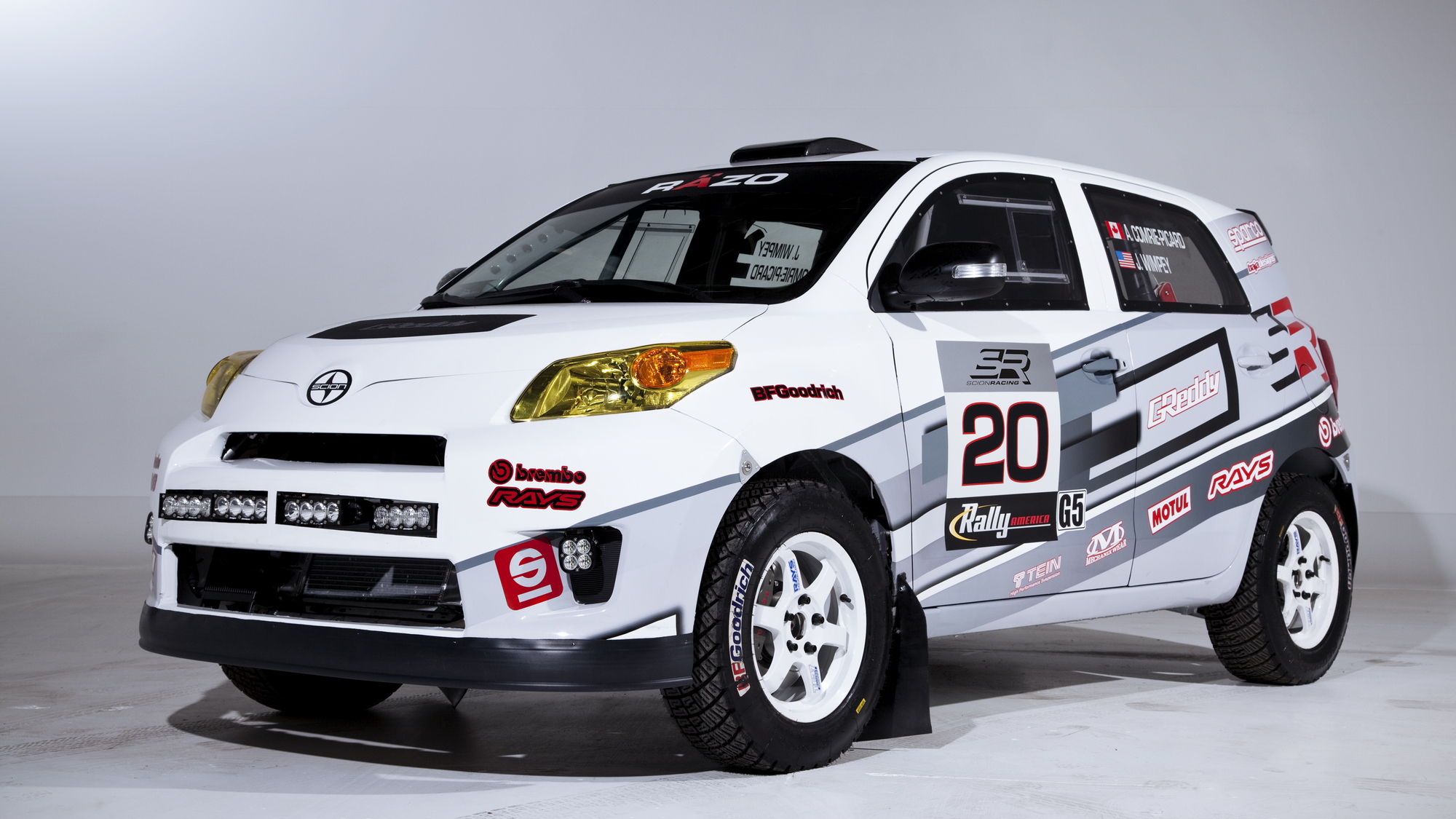 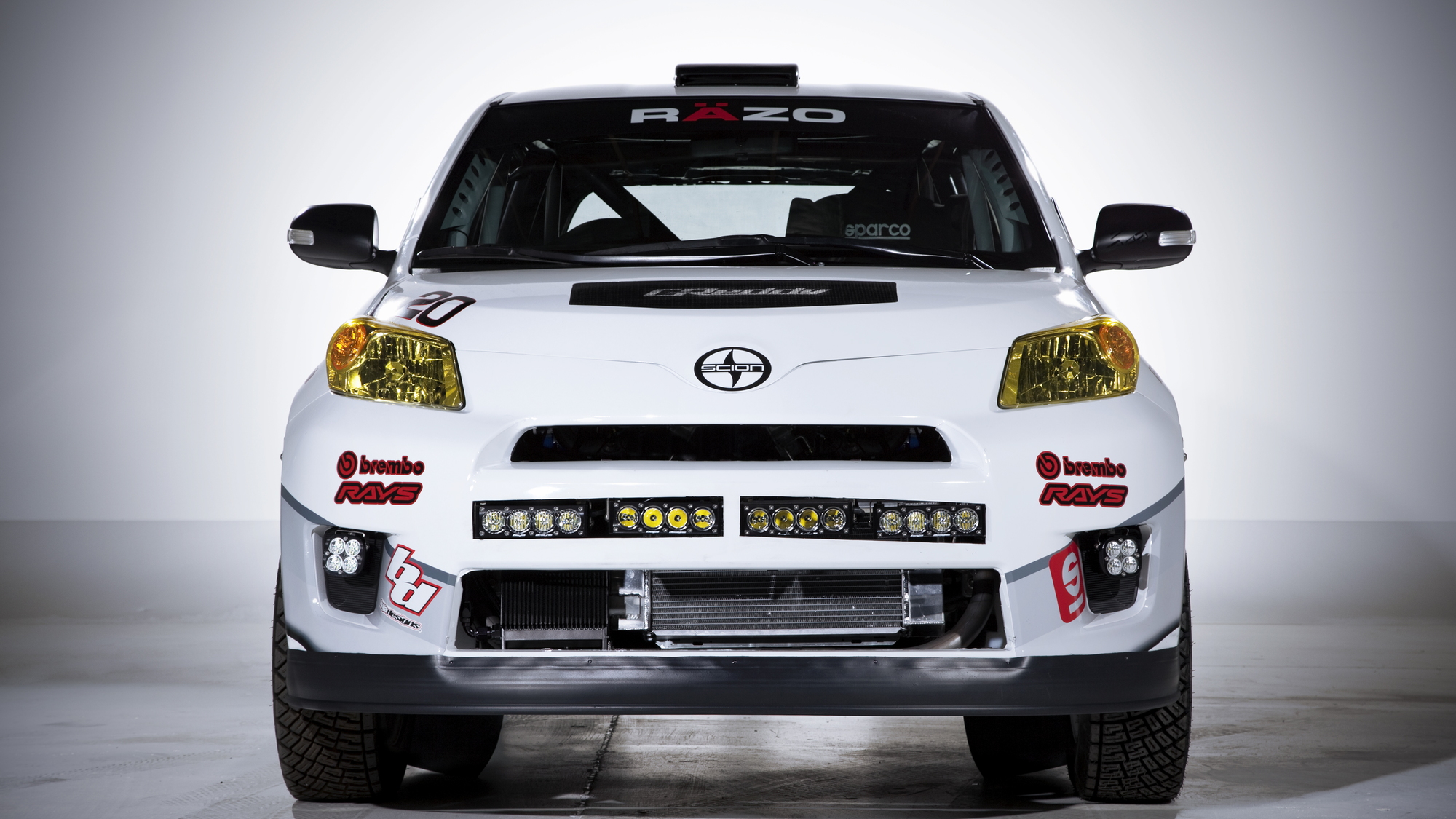 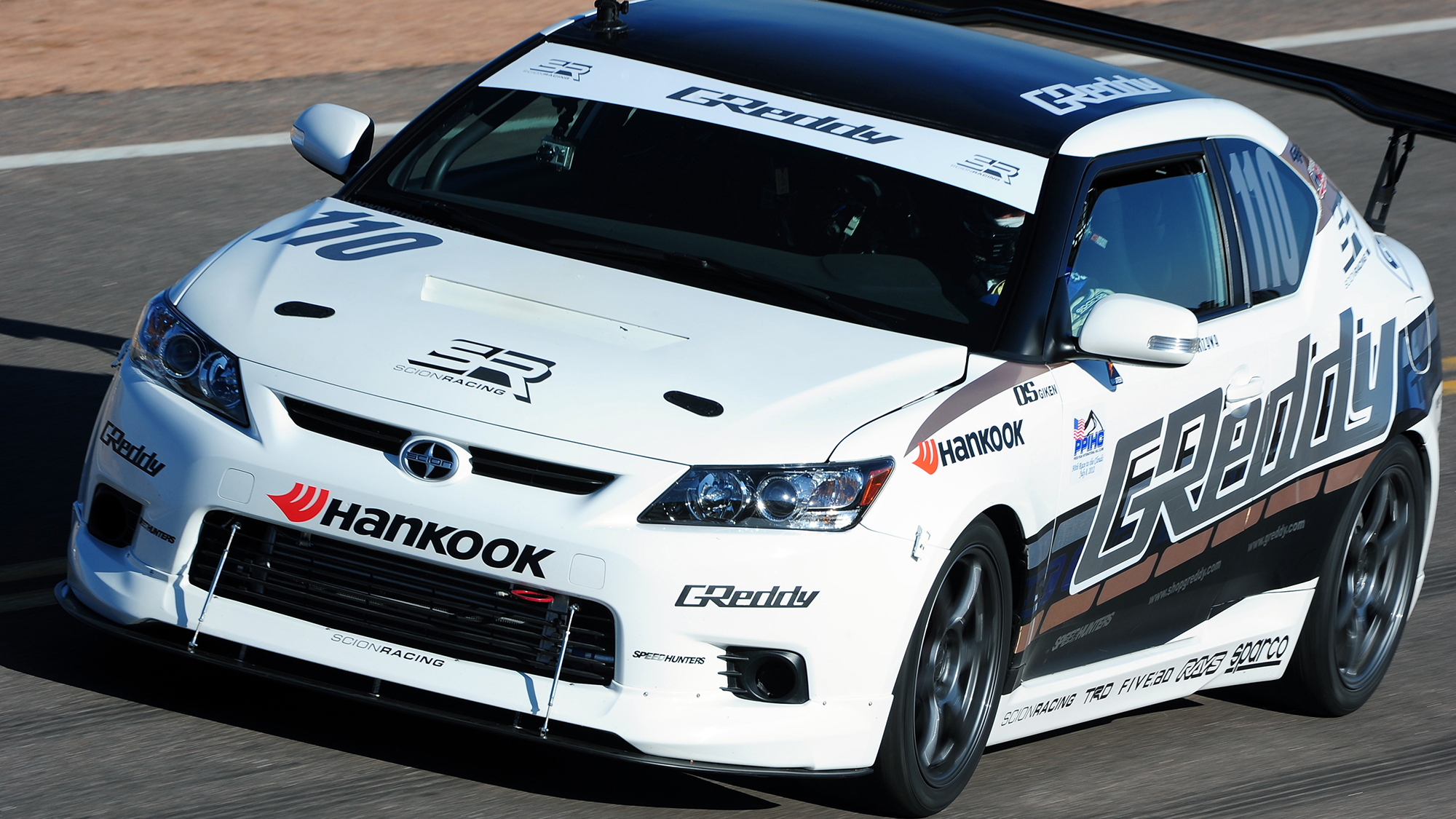 Scion Racing is on a mission. The goal: to tackle all 156 turns of the Pikes Peak International Hill Climb and to arrive at the 14,110-foot summit with a good time in hand, and in one piece.

To achieve this goal, the automaker has teamed up with a handful of drivers and tuners to turn three of their cars into machines designed to get this job done. The Evasive FR-S, Scion Racing Rally xD, and Greddy tC are in Colorado, and all three are ready to get down to business.

First up, let's take a look at the Evasive Scion FR-S. This be-winged machine will be piloted by Pikes Peak rookie Robert Walker. The car was prepped by, as you probably can guess, Evasive Motorsports, and it's apparently set to run in the Unlimited Class.

We reached out to Scion to see why it would go head-to-head with the fastest machines on the hill. Apparently, the officials tested the amount of aerodynamics the car was capable of producing and they bumped it up a class. It seems like the FR-S would be better suited to RWD Time Attack or Open. Maybe that picnic-table rear wing is the culprit. Regardless, it should rip up the mountain with a serious dose of modified compact coupe fury.

Greddy will be there with its modified Rally tC. Set to pilot the machine is Takeshi Aizawa who has run the course once before. Joining Aizawa as a second-time runner will be Andrew Comrie-Picard. His uphill shuttle will be the Scion Racing xD. All three drivers and vehicles should be well suited to the fully paved Pikes Peak course. We're eager to see how the team shakes out.