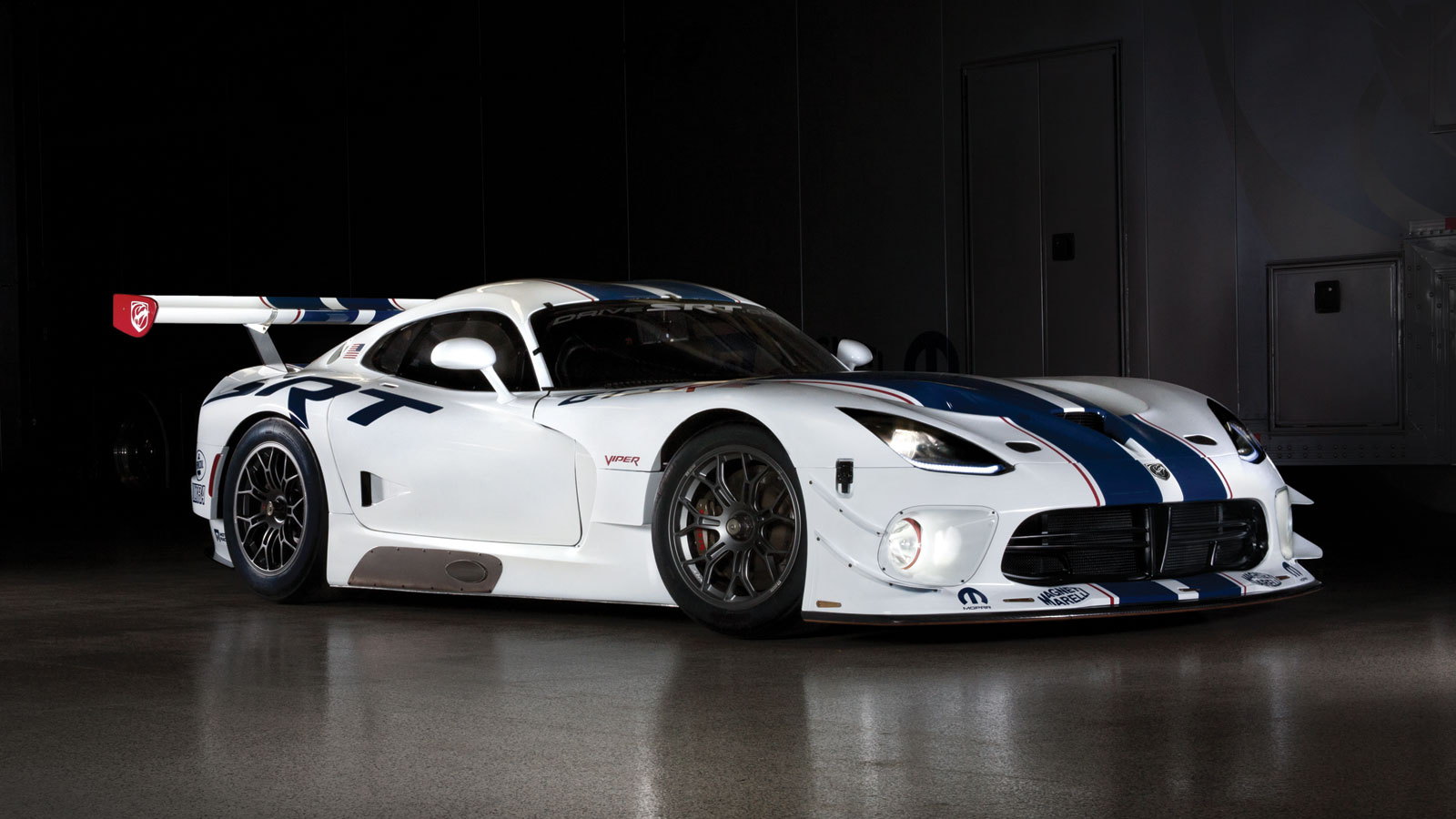 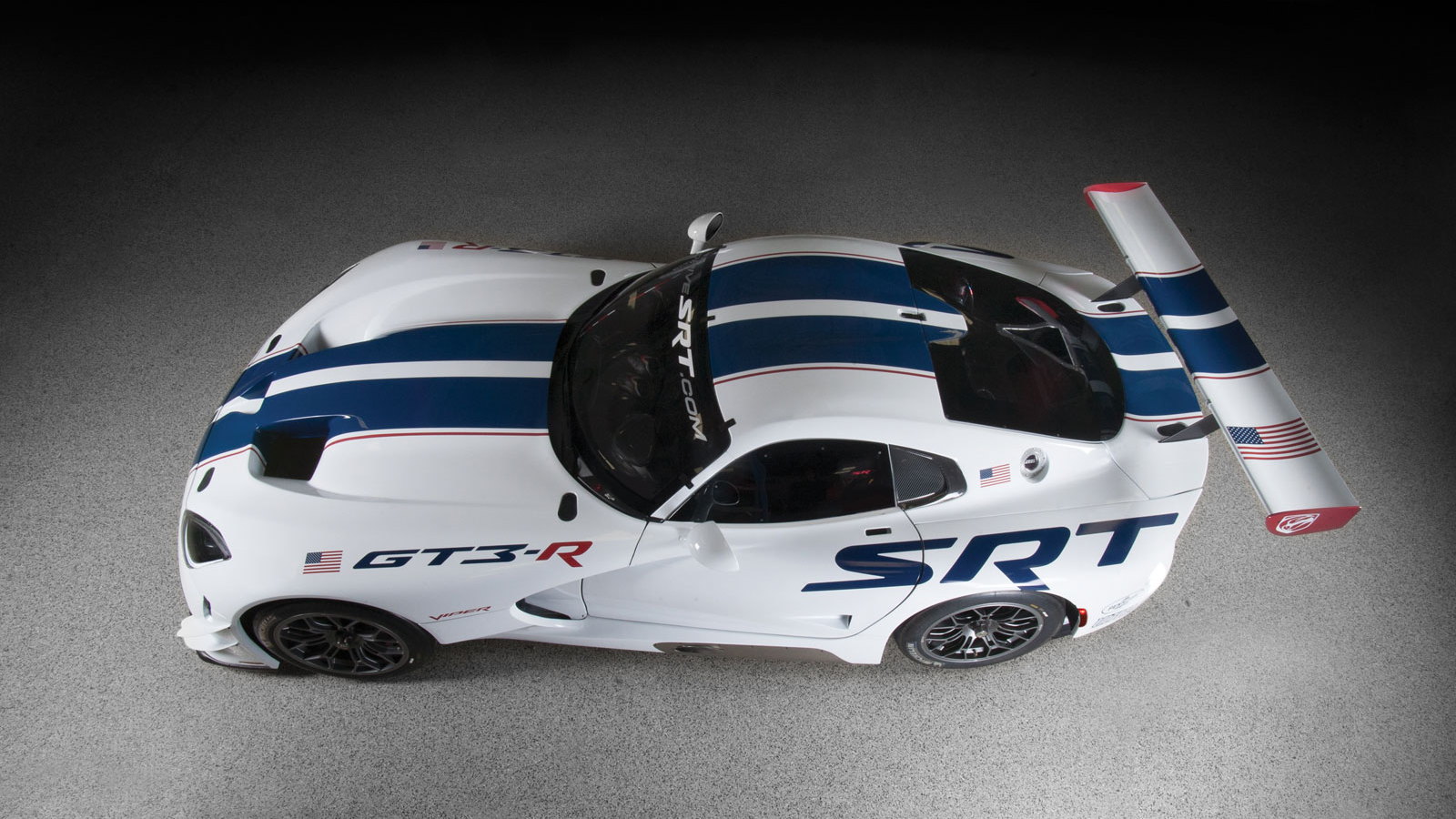 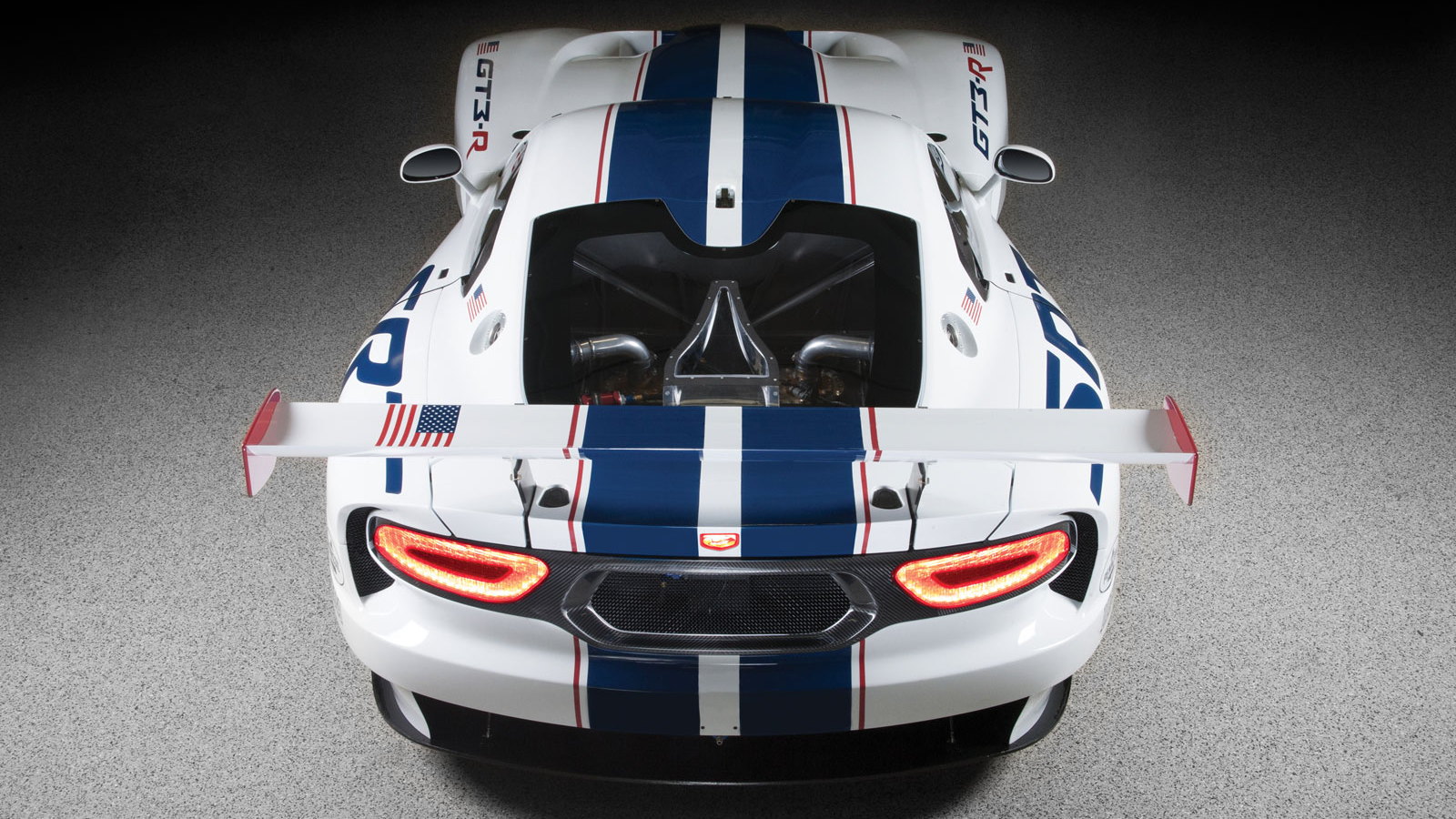 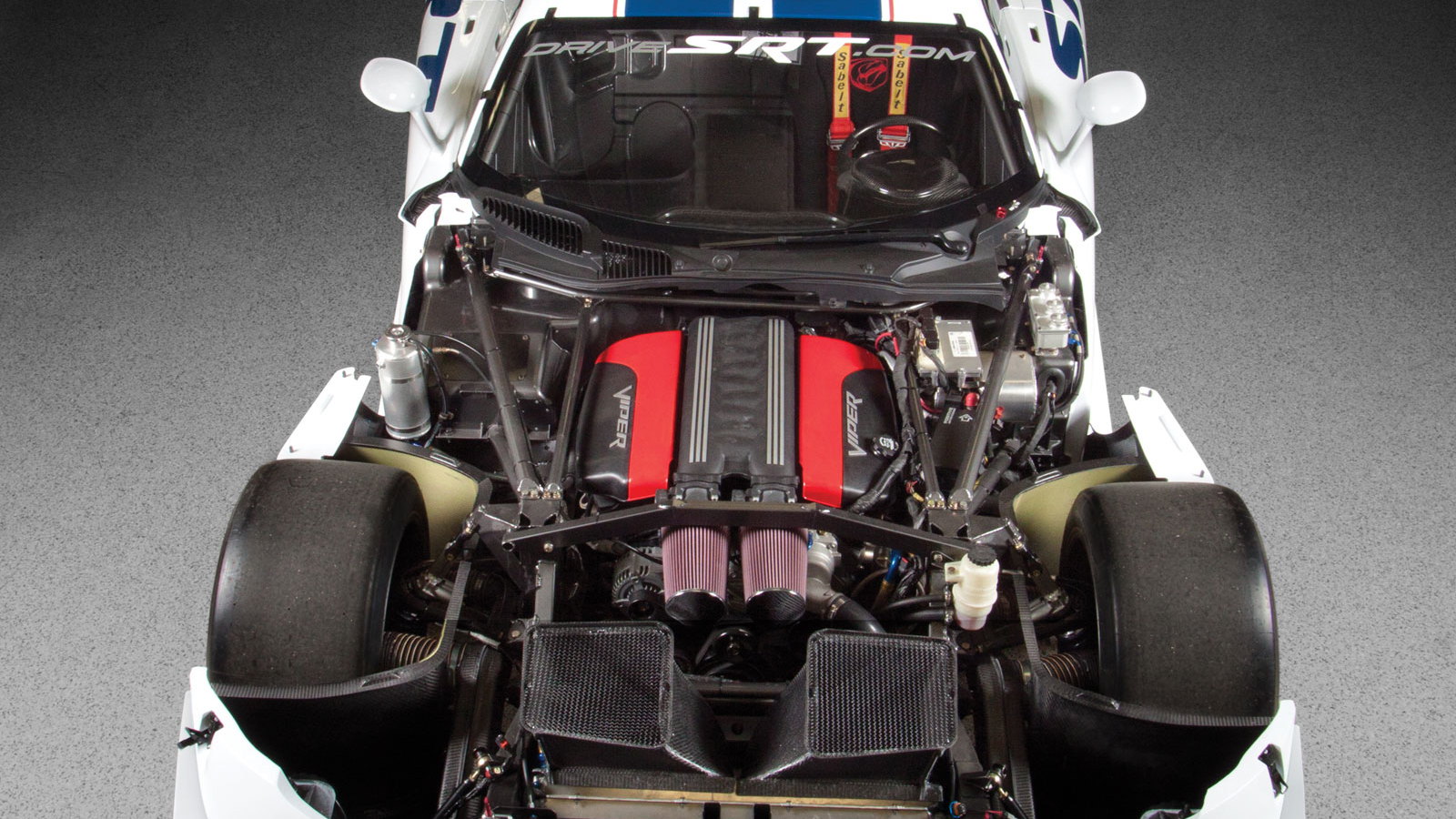 That might sound like a lot of money, and it is, but in the world of fully-prepped GT-class race cars, it's about par for the course. You could spend more if you wanted to.

So what does the GT3-R pack that the normal Viper doesn't? A lot, actually: a similar V-10 engine powers it (but power figures aren't disclosed for the race car); a Riley-built fully-caged chassis forms the structure; the same aerodynamics, suspension, electronics, and engine tune from the American Le Mans Series/24 Hours of Le Mans Viper GTS-R are inside it; and an Xtrac six-speed sequential transmission with paddle shifters handles shifts.

"The SRT Viper GT3-R is the next logical progression of our successful Viper GTS-R, a championship-proven formula that has captured some of the world's most prestigious races," said SRT chief Ralph Gilles. "Like every Viper race car, the GT3-R is a direct descendant of the SRT Viper street car. There is no mistaking the similarities between the two which is a key component of this class of sports car racing. The GT3-R stays true to the visceral appeal of the Viper and has been carefully evolved for the demands of racing at a world class level."

Orders for the Viper GT3-R are open now, with deliveries to start in late 2013--just in time to get some practice and tuning in for the 2014 season. If you're interested in buying your own, contact SRT Motorsports.