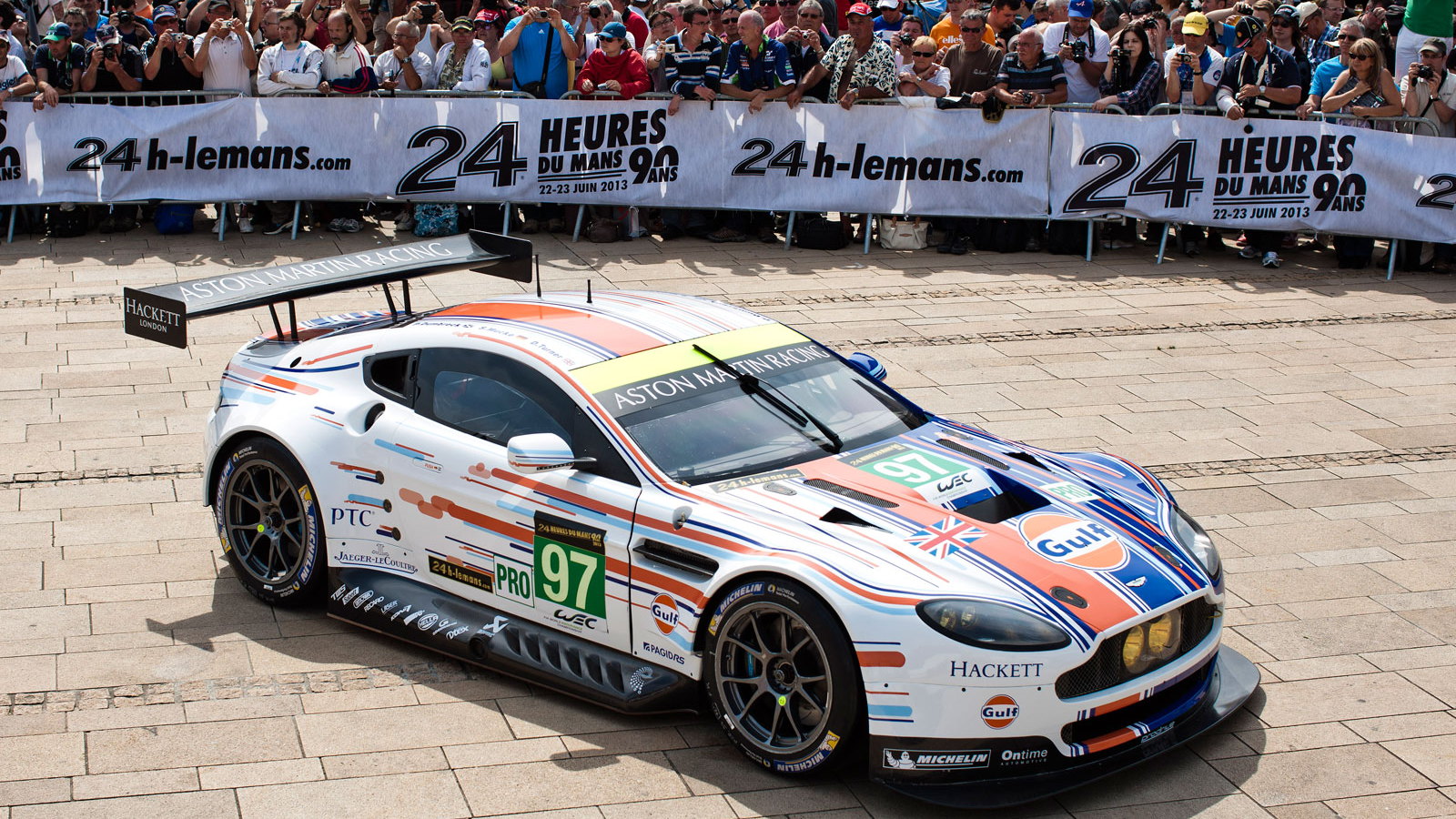 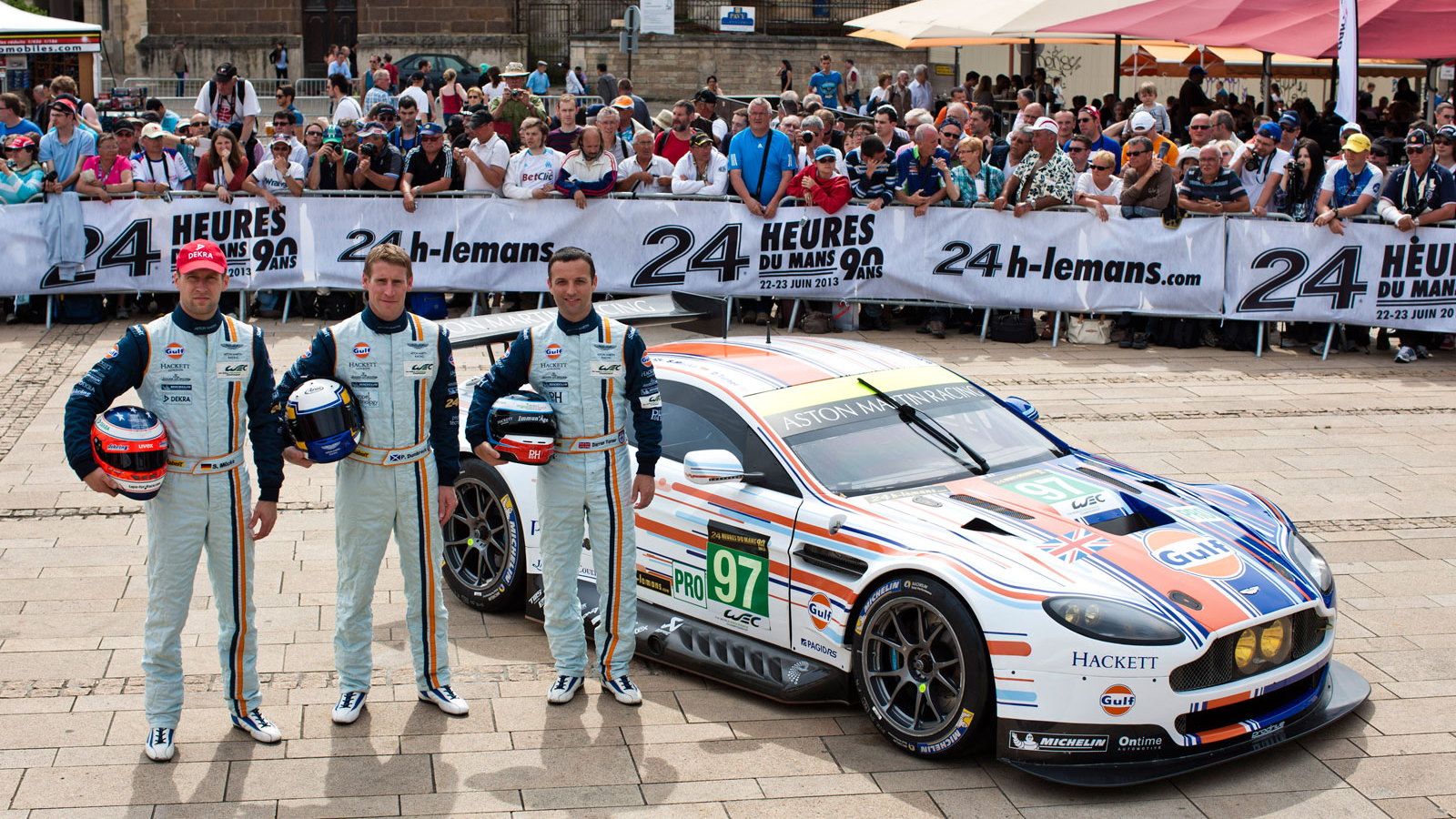 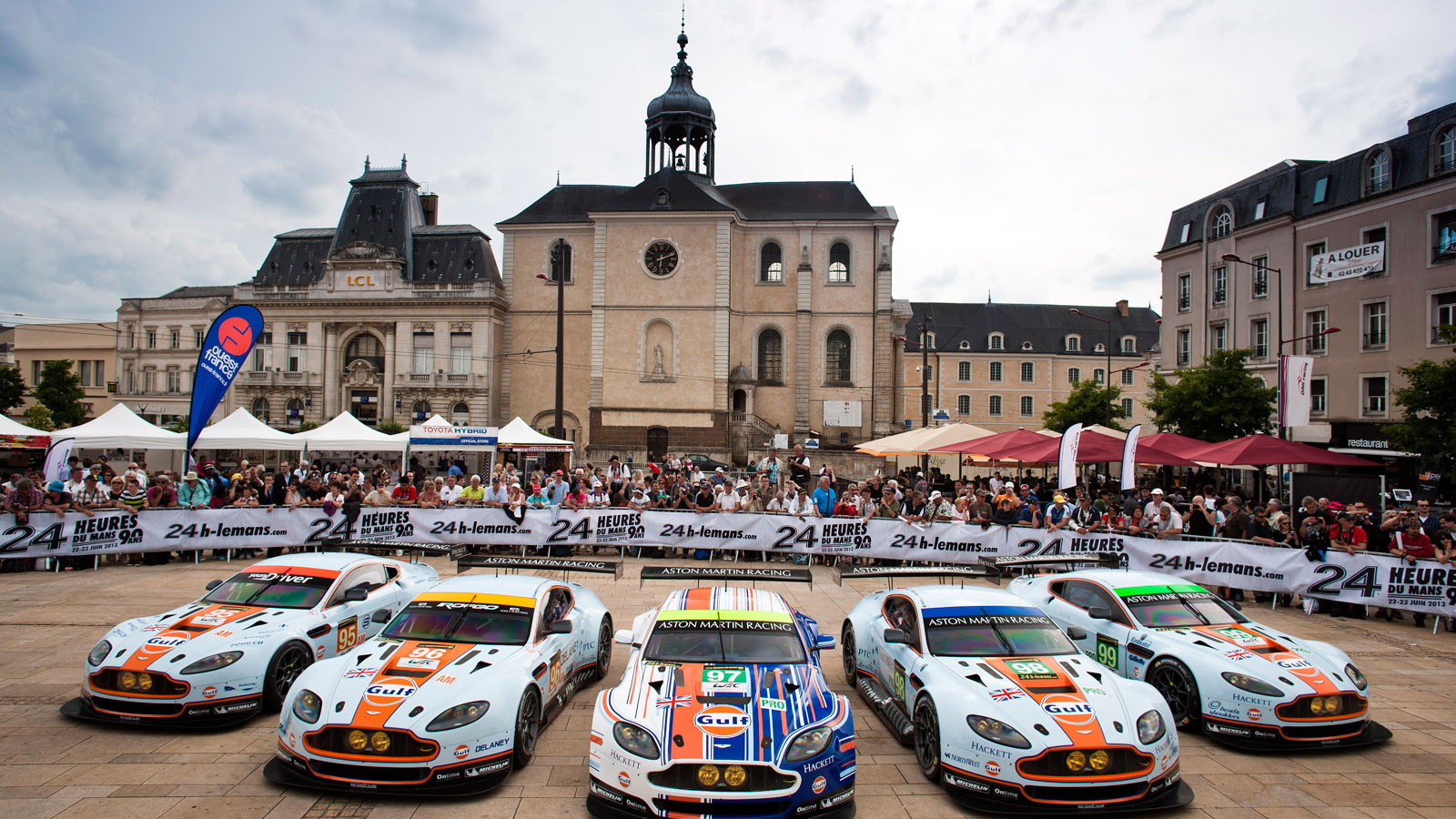 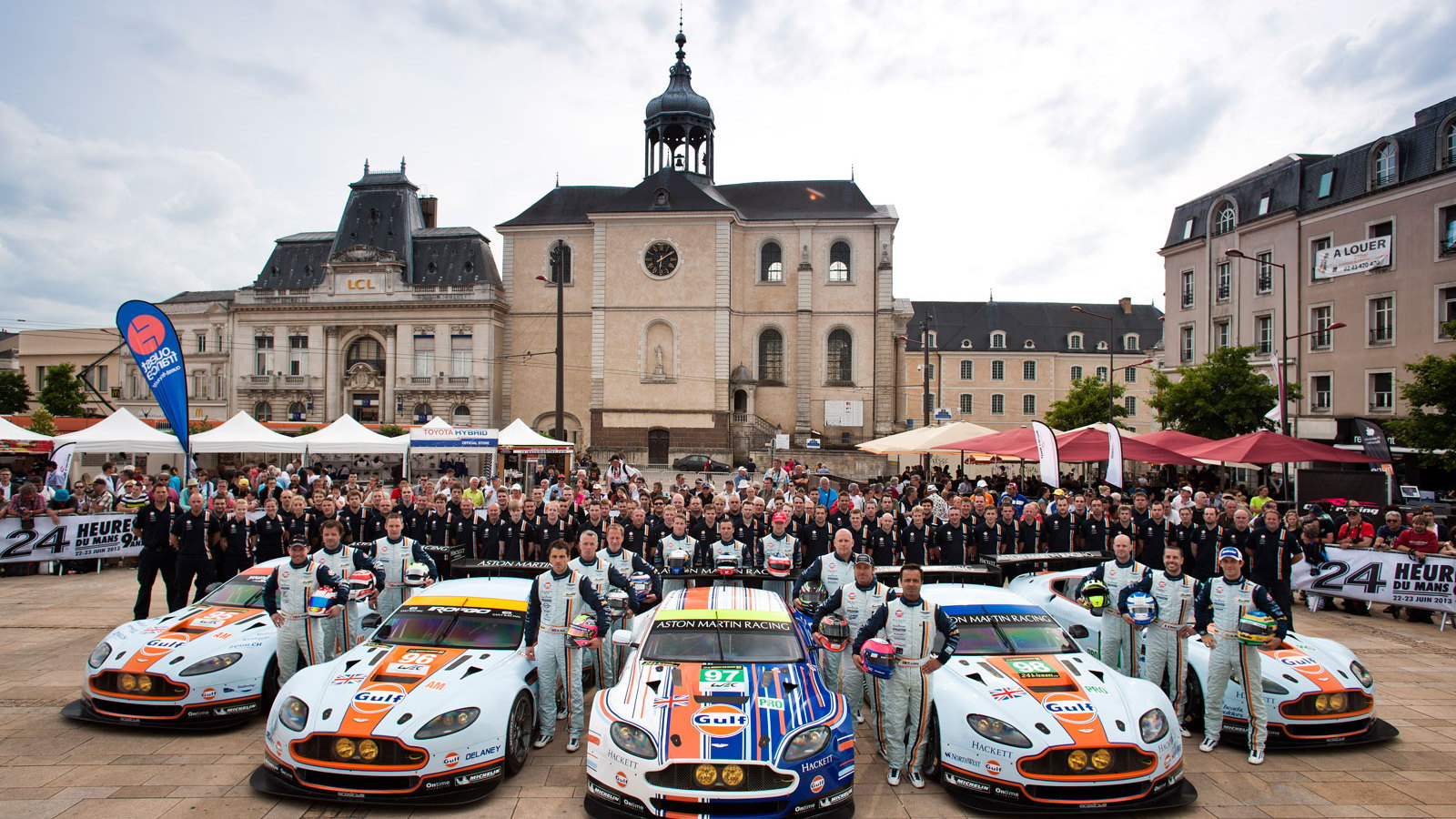 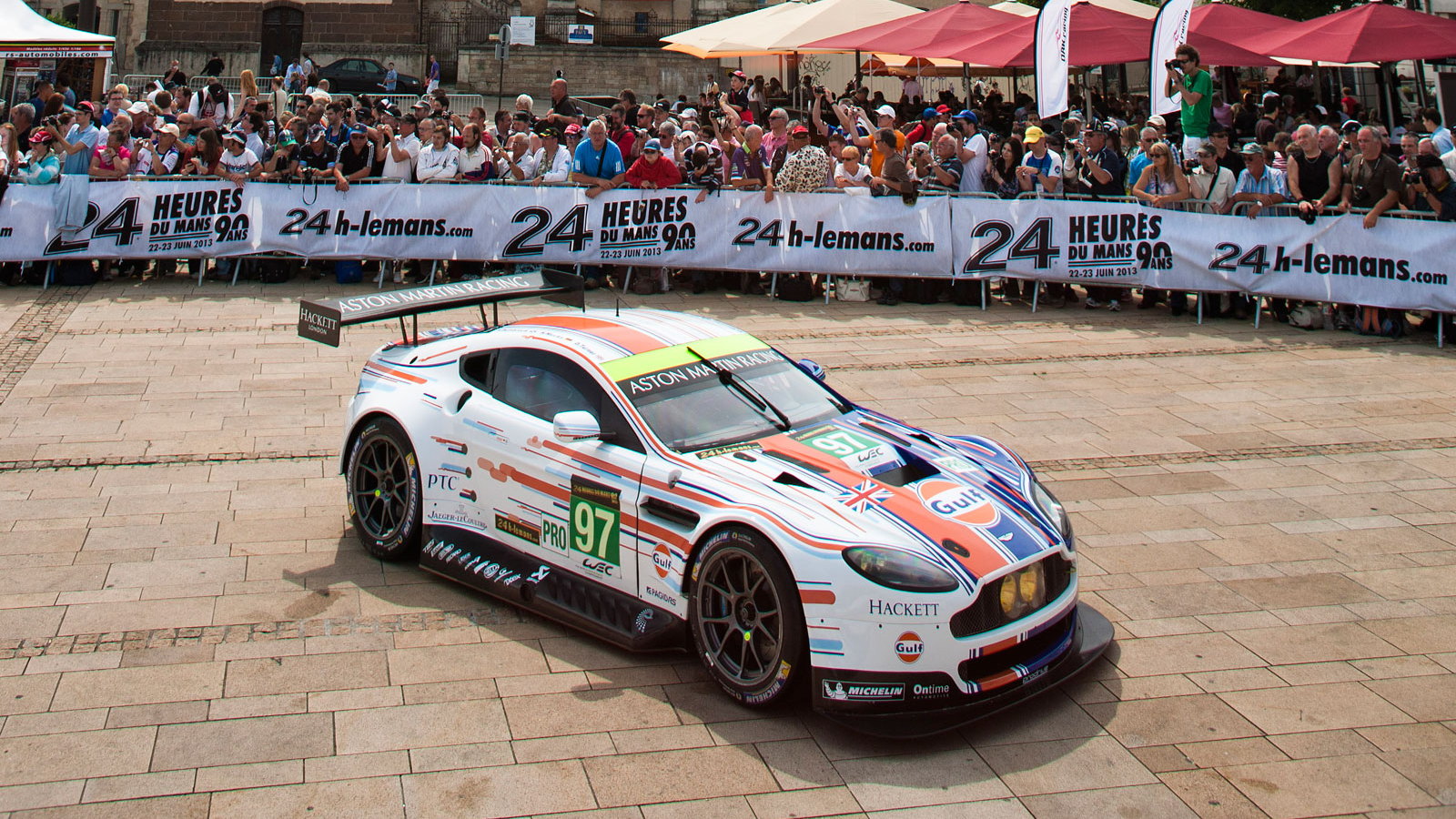 5
photos
In early February, we told you that Aston Martin was asking fans to design the livery of one of its Vantage-based race cars destined for competition this year.

Today, Aston Martin took the wraps off the fan-designed livery, which graces the #97 Vantage GTE race car to be driven by Darren Turner, Stefan Mücke and Peter Dumbreck in the 24 Hours of Le Mans this weekend.

The design, inspired by the change in atmosphere as day gives way to night during the 24-hour race, was created by Jonathan Wesley from Kettering in the U.K. and really sets the car apart from its Gulf-livered brethren.

As part of his prize, Wesley will attend the race as a VIP guest of Gulf.

"I have been excited ever since I got the news that my design had been chosen,” Wesley said at today’s reveal. “I loved the chance of being able to design a Gulf Aston Martin, but it's already such a classic livery that I was wondering what I could do.The car will first be seen on the Circuit de la Sarthe in Le Mans at the first free practice session scheduled for tomorrow.

Aston Martin, which has a staggering five-car 2013 Le Mans lineup, showed a lot of promise during the official testing session last week. The automaker topped both GTE Pro and GTE Am classes in the time sheets and will hopefully continue this leading performance throughout the upcoming race weekend.

The Motor Authority team will be on hand at the 24 Hours of Le Mans, bringing you as much coverage as we can live from the trackside, so stay tuned. You’ll be able to stay up to date via our dedicated hub.