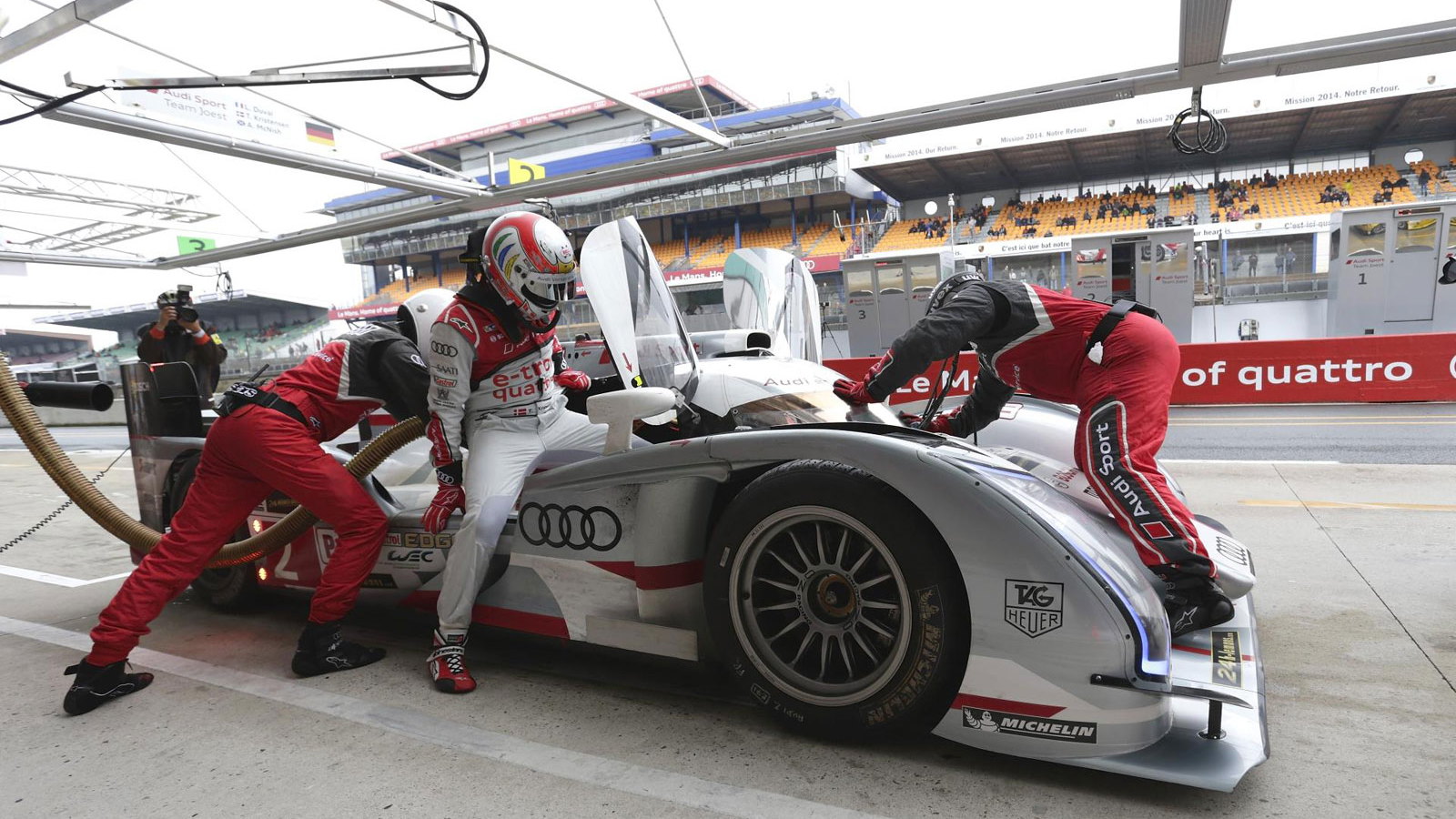 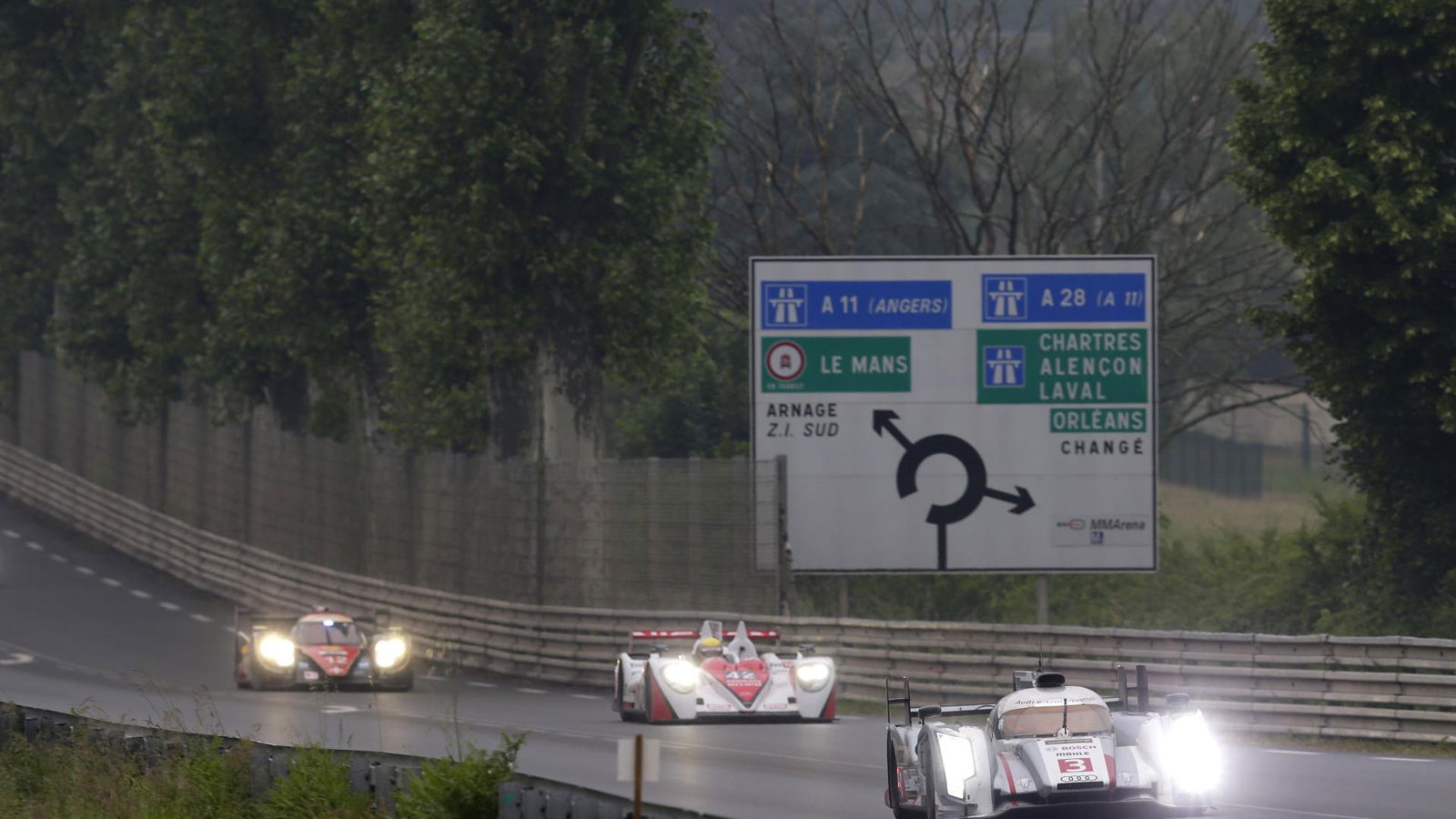 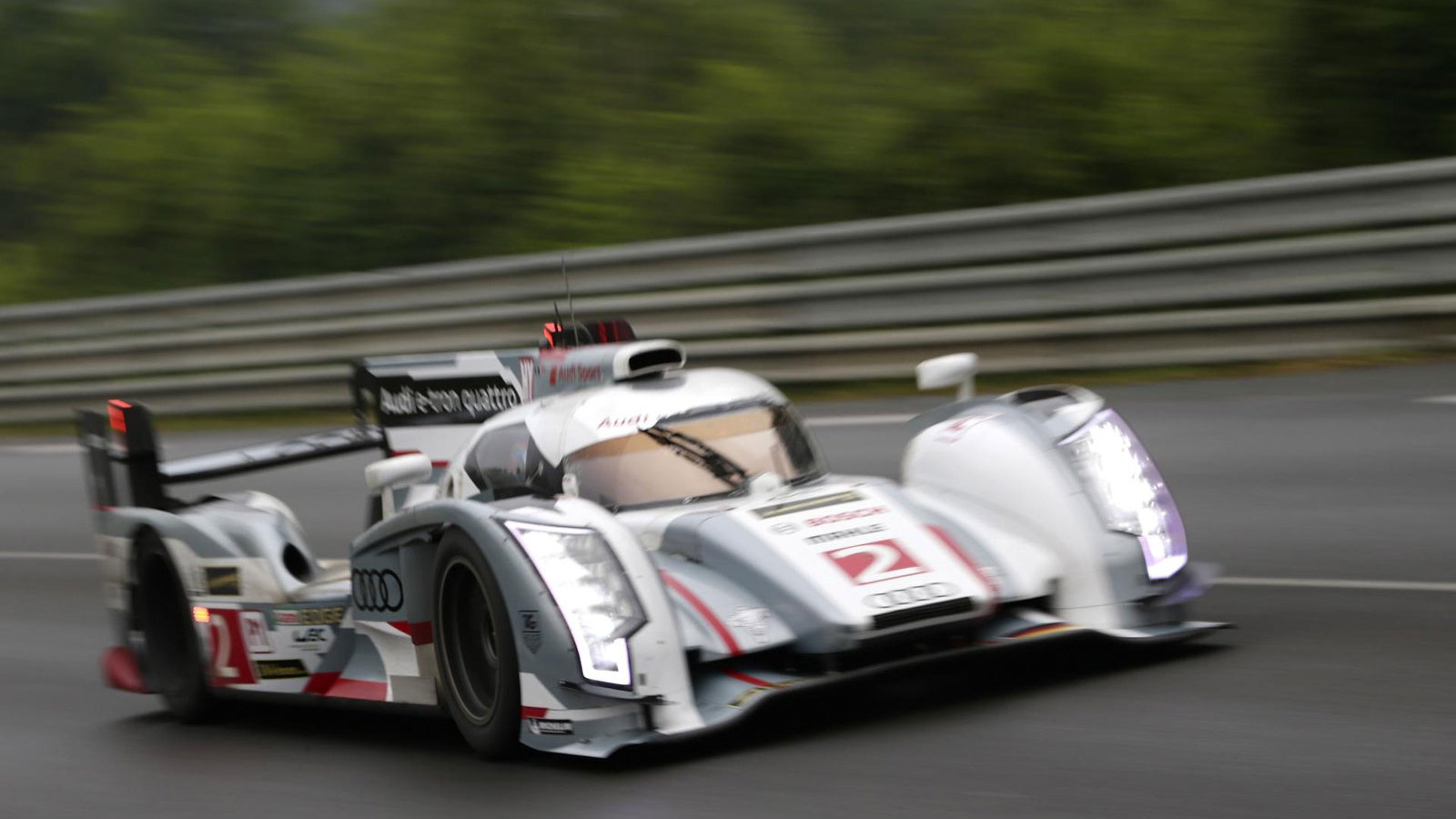 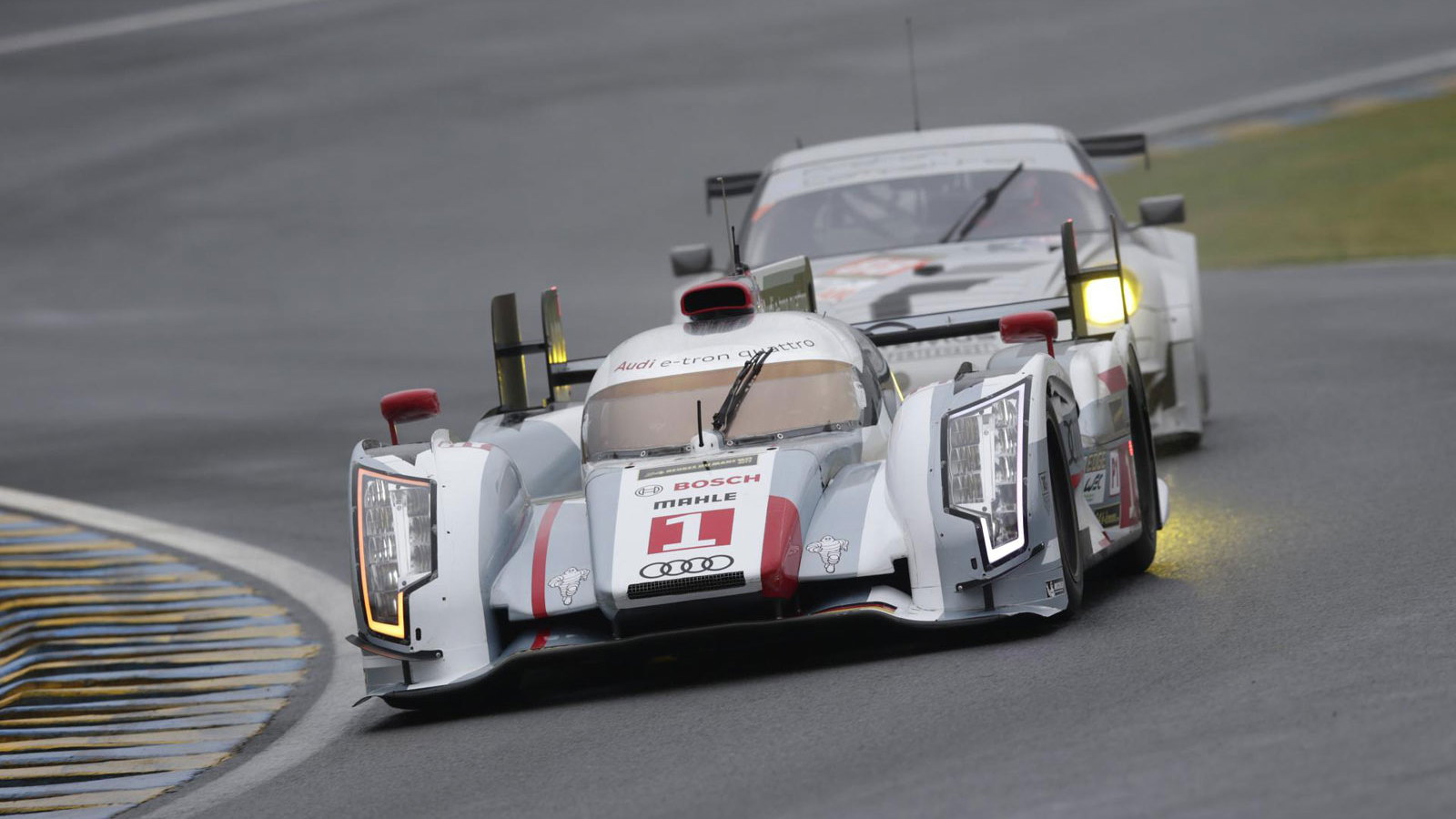 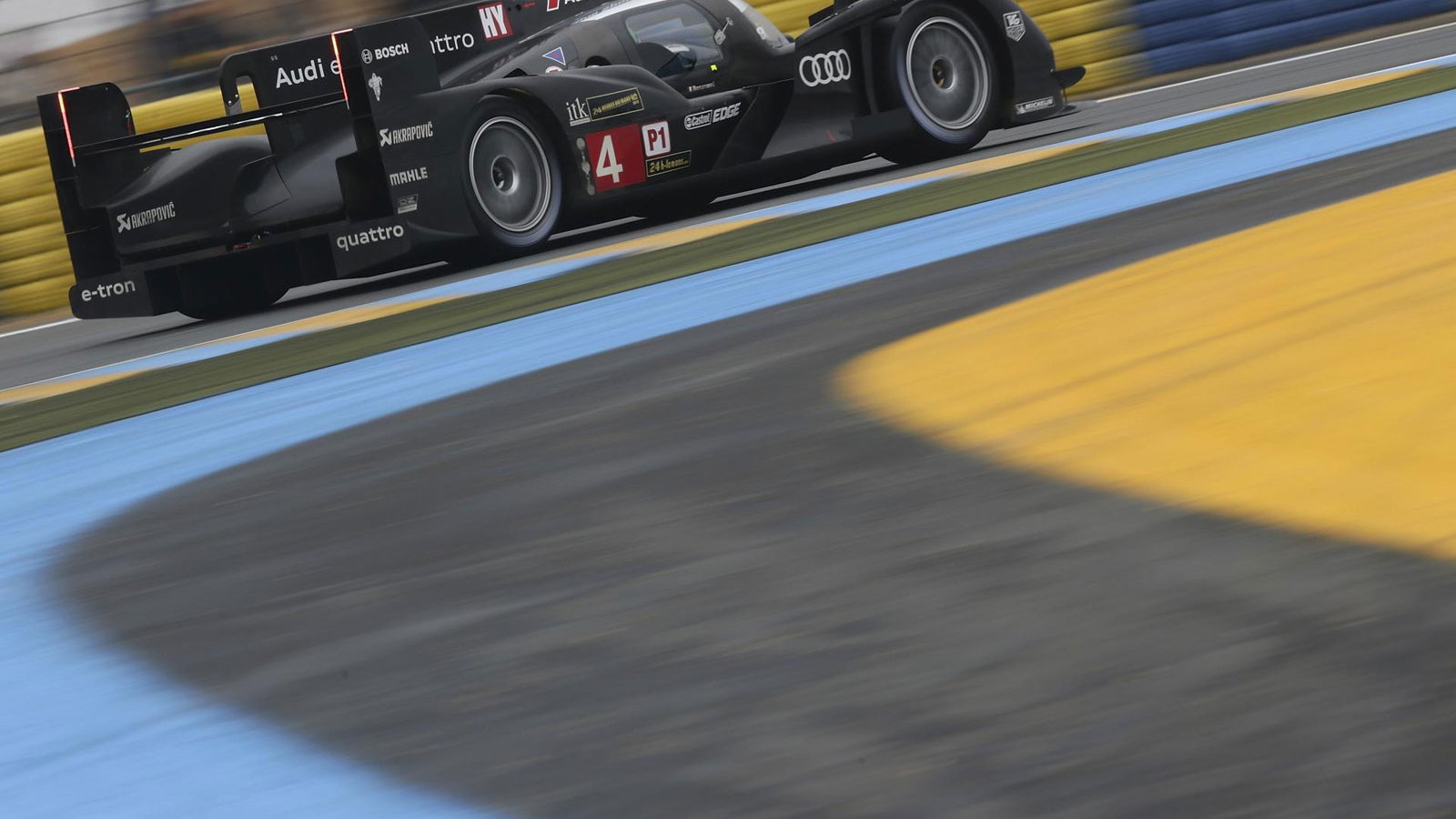 11
photos
Official testing for the 81st running of the legendary 24 Hours of Le Mans race is now over, with Audi and Aston Martin topping the time sheets in their respective categories.

This year’s Le Mans race doesn’t kick off until June 22, but this past weekend teams got their final chance to test on the 8.5-mile Circuit de la Sarthe before practice and qualifying sessions take place in the days leading up to the actual race.

The fastest overall during the official test session was Audi, which is competing in the top LMP1 category once again and is aiming for its 12th victory at the event since 1999.

The brand with the four rings will have three works 2013-spec R18 e-tron quattro prototypes competing (including a long-tail), with the three scoring the first, second and third fastest times during the test.

An R18 driven by Loïc Duval was the fastest, and managed a best lap in a time of just 3:22.583. Duval will be teaming up with Allan McNish and eight-time Le Mans winner Tom Kristensen for the race.

But it wasn’t all clear sailing. Later in the test, Duval slid off at high-speed, causing suspension, steering and significant bodywork damage to one of the R18s.

“Our new 2013-spec car in Le Mans aero specification is a good improvement,” Alan McNish said after the test. “Audi’s aerodynamics guys have done a very good job and have given us good downforce but also good efficiency.”

Of course, Toyota, along with a host of other LMP1 contenders, will be out to steal the crown from Audi. Toyota is probably the most in contention of achieving that feat, with its 2013-spec TS030 Hybrid prototype proving fourth and sixth fastest during the test.

Meanwhile, Aston Martin, which has a staggering five-car 2013 Le Mans lineup, topped the time sheets in both the Pro and Am classes of the GTE category. When the test day ended, it was the #97 Vantage GTE driven by Peter Dumbreck that had recorded the fastest time in the GTE Pro class, with his best lap time coming in at 3:58.806.

Jamie Campbell-Walter was quickest in the GTE Am class, having driven his #96 Vantage GTE around the track in a best time of 4:00.867.

Aston Martin also secured the second fastest time in each category, beating the likes of AF Corse, Porsche and SRT.

Finally, there was a big surprise in the LMP2 category, with the Alpine A450 prototype, Renault Alpine’s first Le Mans challenger in more than three decades, driven by Nelson Panciatici second fastest in the category. Oak Racing’s Olivier Pla was the fastest of the LMP2 drivers.

Practice and qualifying this year will be staged over June 19-20 with the race beginning at 3 p.m. CET on Saturday June 22. The Motor Authority team will be present to bring you live coverage, and you can keep abreast of all our updates via our 24 Hours of Le Mans hub.