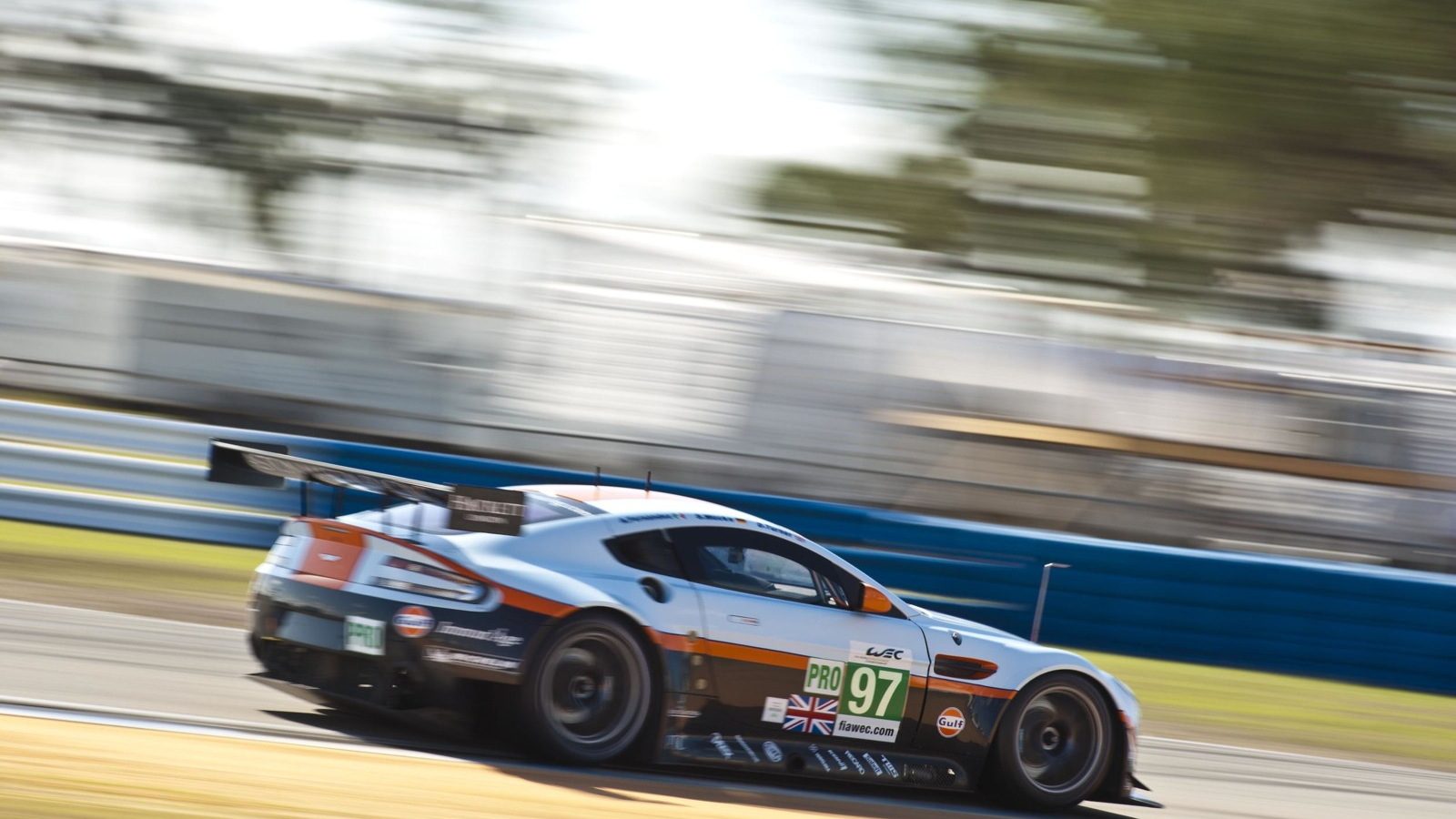 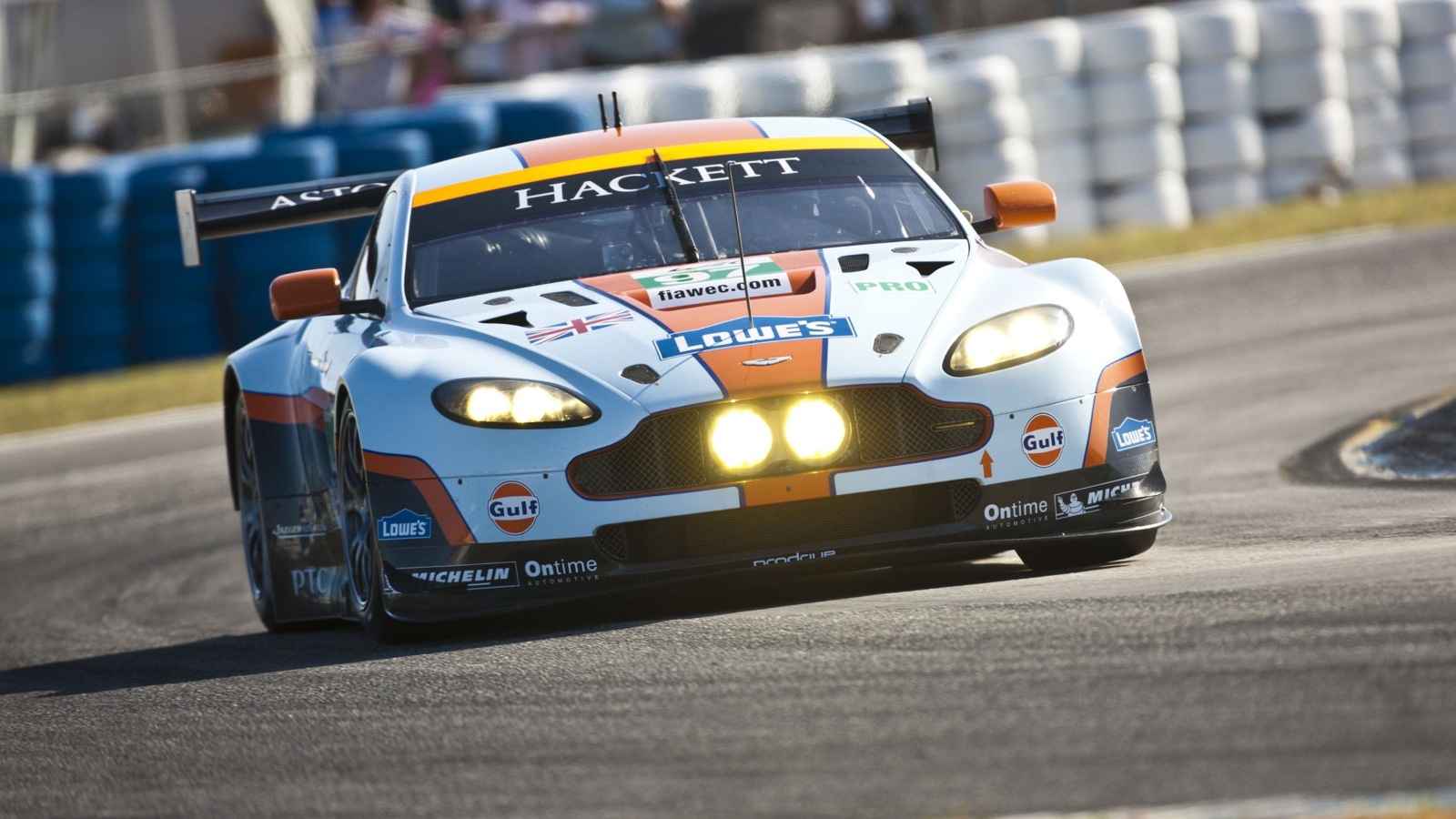 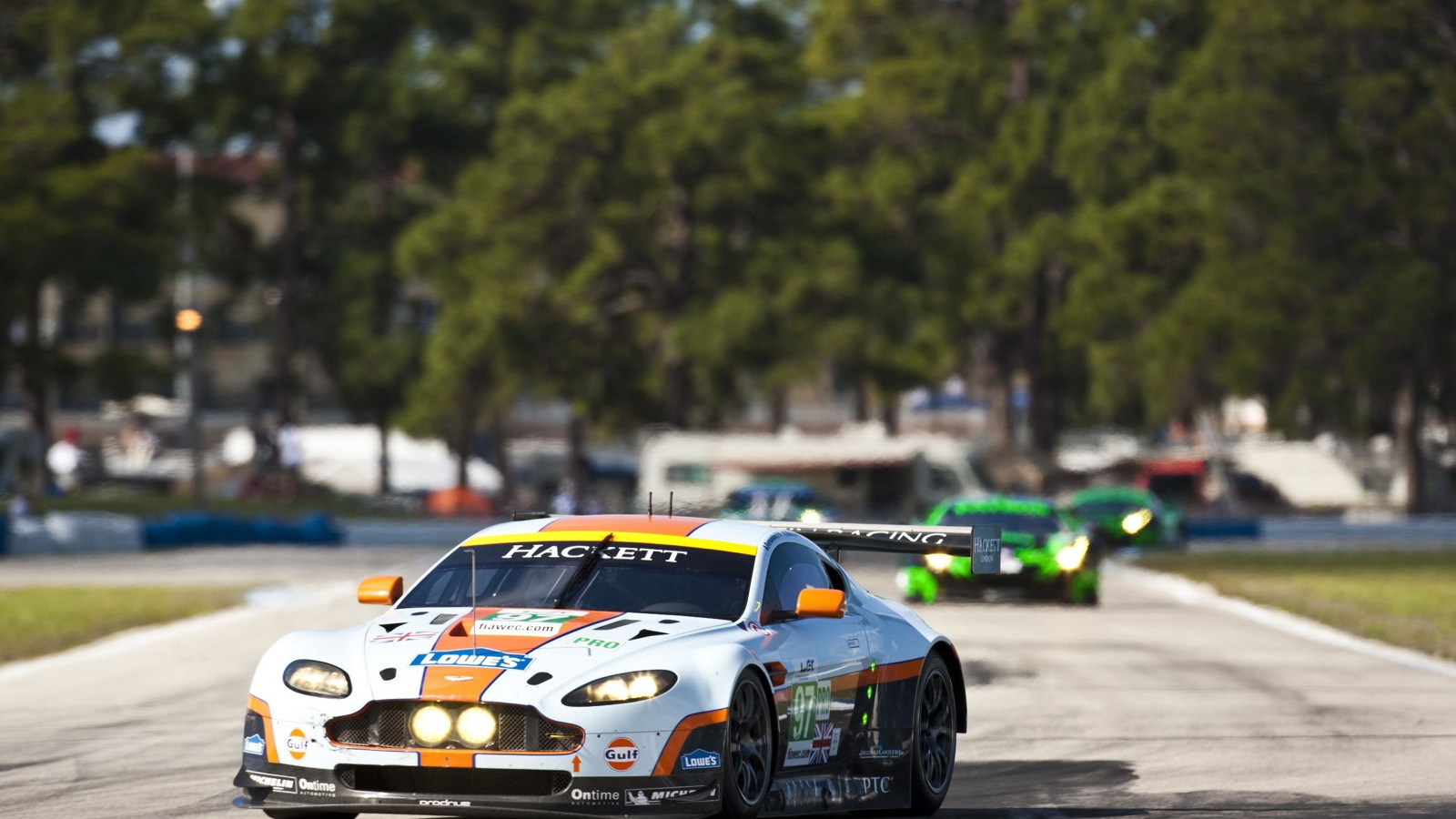 3
photos
After making its competitive debut at the World Endurance Championship season-opener in Sebring, Florida, the Aston Martin Vantage GTE will make its first European appearance at the upcoming Six Hours of Spa-Francorchamps, scheduled for Saturday, May 5.

Car number 97, sprayed in the classic light blue and orange Gulf livery, will be driven at Spa-Francorchamps by Darren Turner, Stefan Mücke and Adrian Fernandez. Turner likened the track at Spa to Le Mans, primarily for the length of each lap and the amount of strategy required to be competitive.

Co-driver Mücke, who has experience with the Aston Martin DBR1-2 prototype at Spa, called the course “of of my favorite tracks,” and “good preparation for Le Mans.”

Fernandez, despite his extensive racing resume, has never driven the track. His enthusiasm is apparent, though, as he refers to Spa as “a track that I have always wanted to drive.”

The team has made progress in dialing in the car through the first two races, but that only ramps up the pressure for all involved. John Gaw, Team Principal at Aston Martin Racing, is targeting a second podium finish in Belgium, but admits that the long straights and high speed corners may prove challenging.

In Gaw’s own words, “I’m sure we’ll learn a lot about the car throughout the weekend which will be beneficial for the rest of the season.” Including, of course, the 24 Hours of Le Mans.