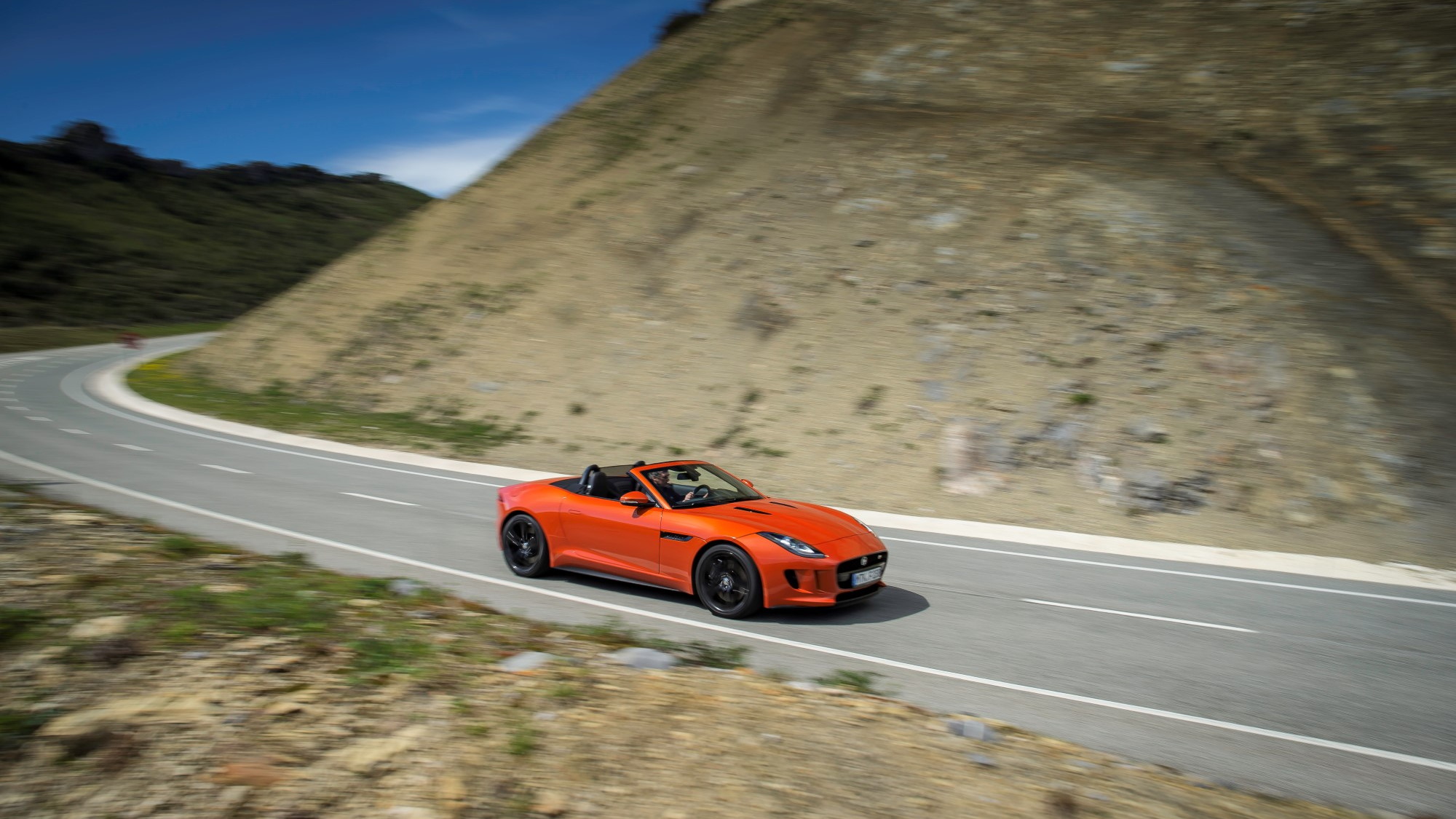 That's what we in the biz of writing call an understatement. Pomplun is wildly attractive. We're talking the variety of beauty that scrambles the brain and senses, often resulting in a guttural tone as the only available form of communication left. Okay, maybe that's now an overstatement. Regardless, she's rather pretty. She's also recently been crowned the Playboy Playmate of the Year. Her gift for being bestowed with the title is a new car... and now she has competition in the looks department, because she's just been given a 2014 Jaguar F-Type.

The newest cat in the British-bred automaker's stable has found a home in Pomplun's garage. It's quite an honor to receive any car for free, but a Jaguar F-Type is a special kind of excellent. It's a car that draws in eyes while mouths elicit "oohs" and "ahs". The ears take in the scintilating noise from the engine and exhaust, while the brain tries to put all the pieces together and paint the picture of a machine that one strives to own someday.

Jaguar is rather smart to hand over the title and keys to the lovely lady Pomplun. The car and the woman are both two powerful forces of attraction. They can at times wreak havoc on the senses, but at the core their both just a car and a girl.

And it doesn't get much better than the right car with the right girl...