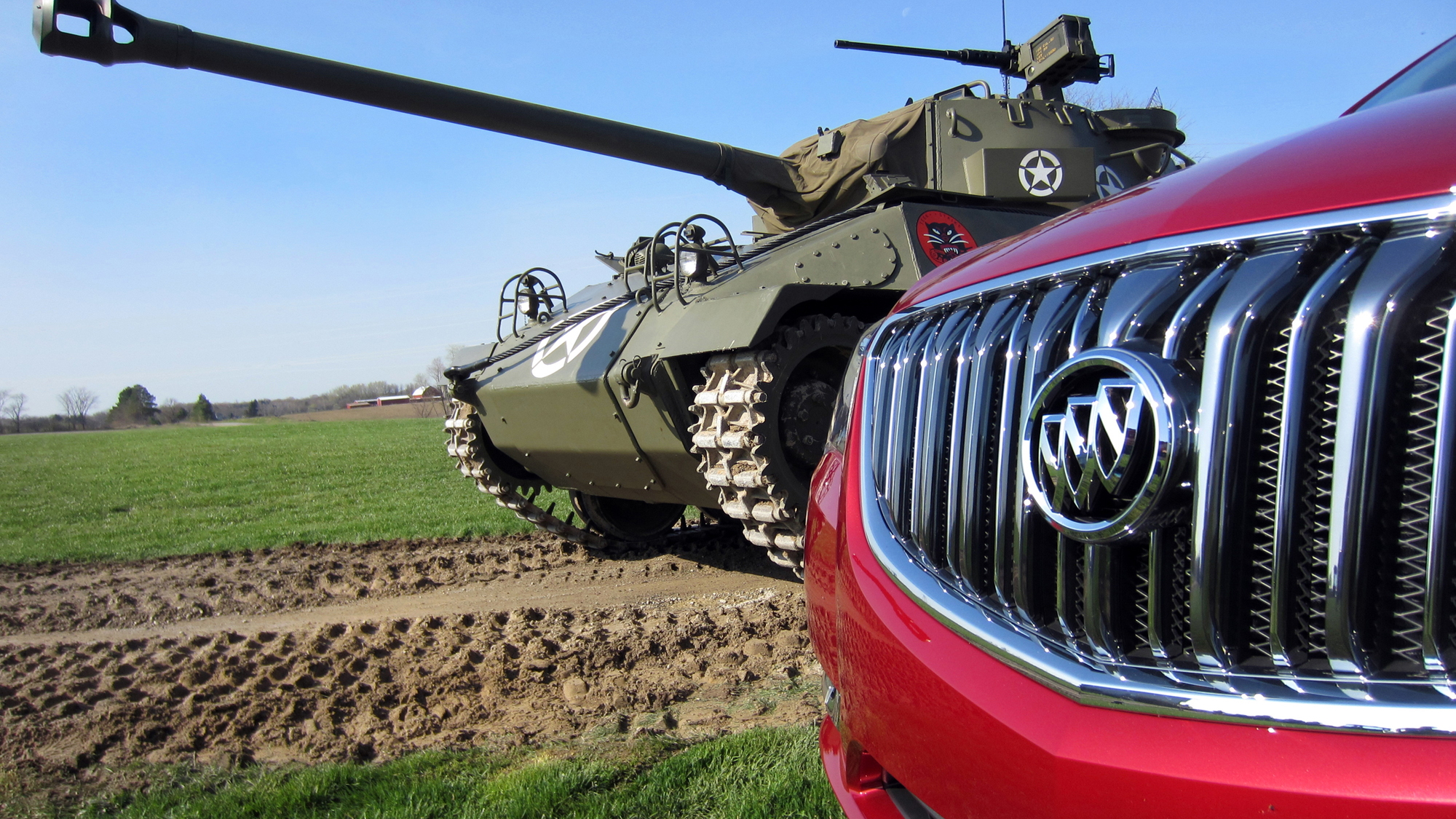 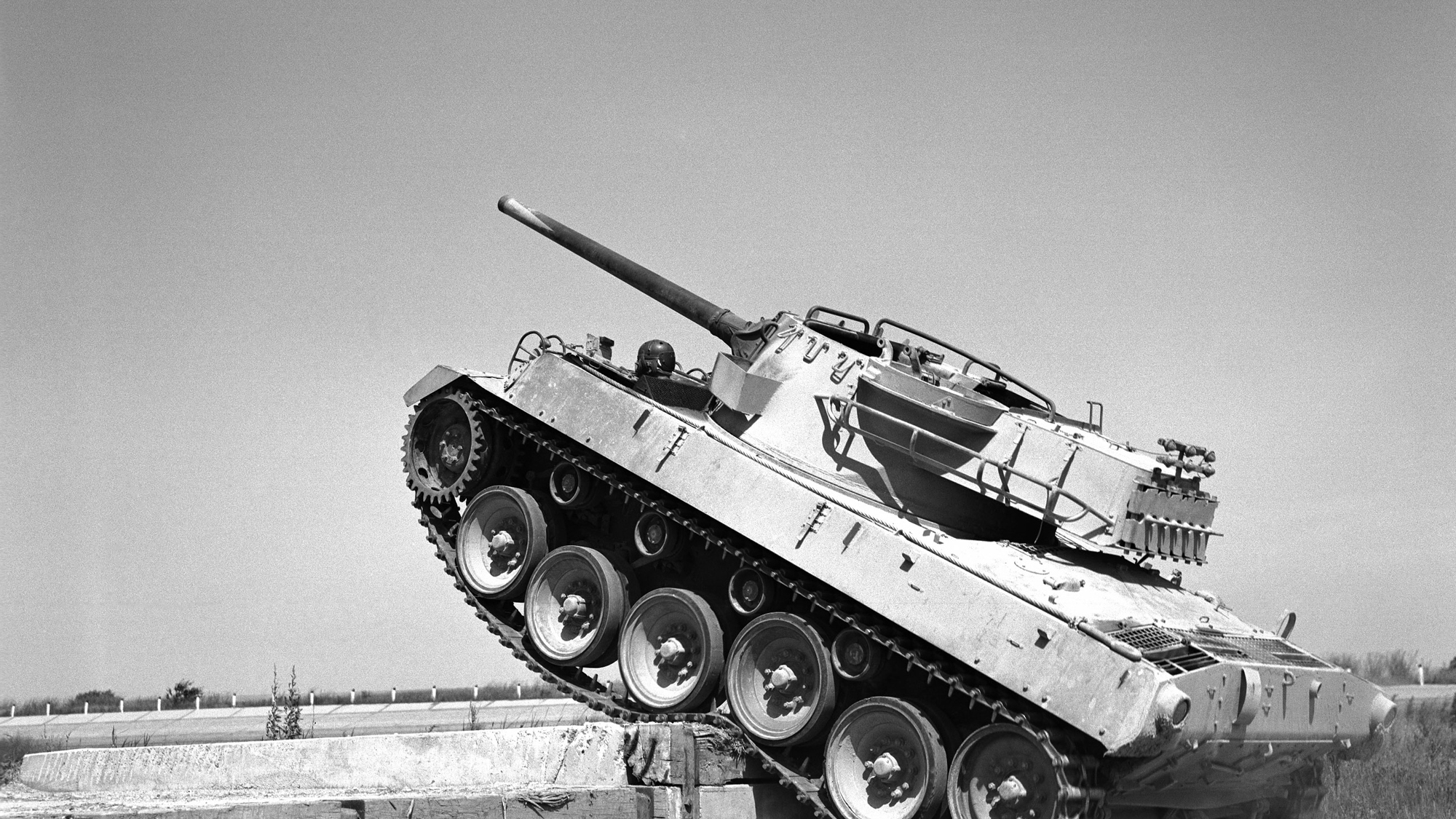 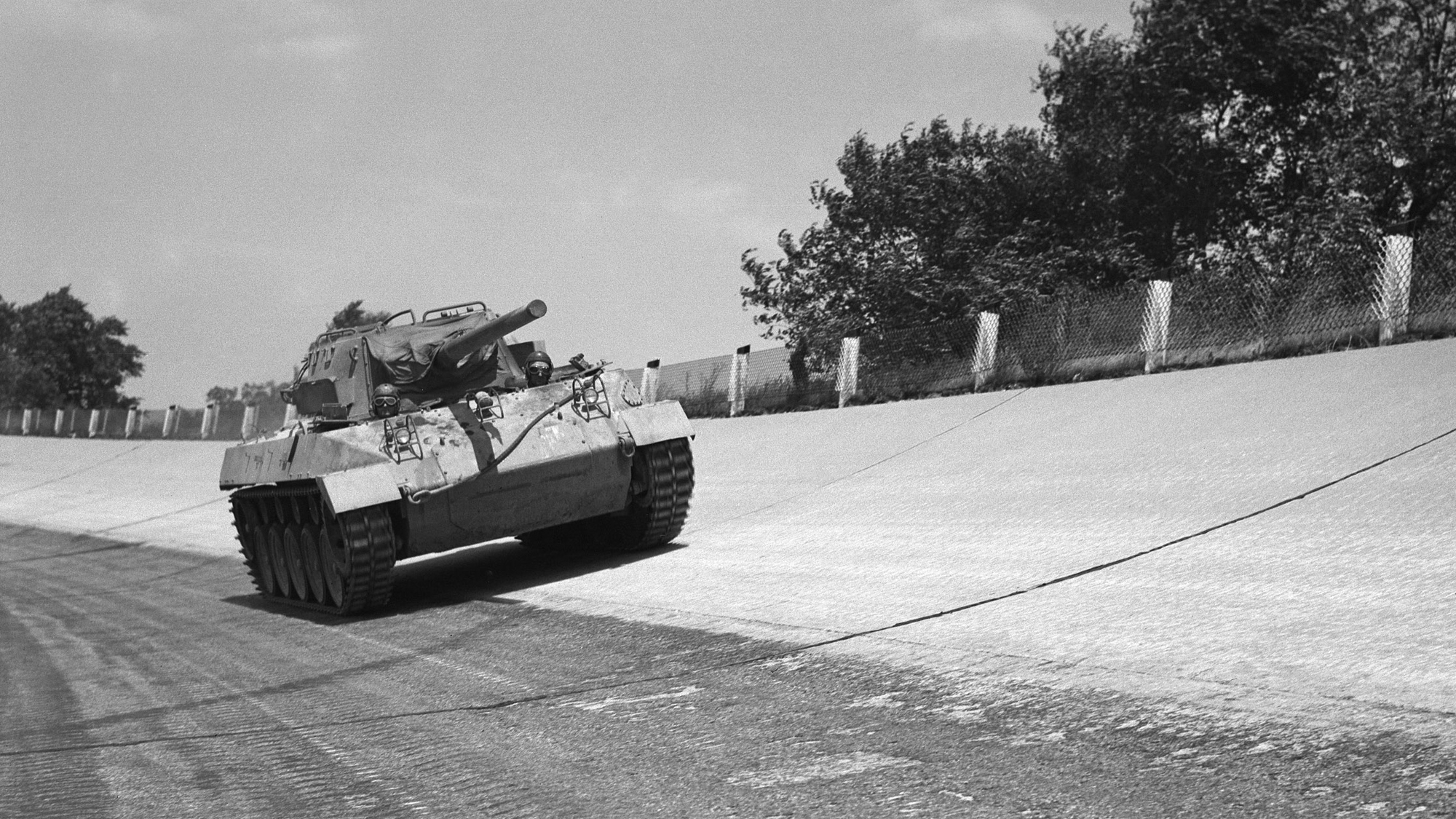 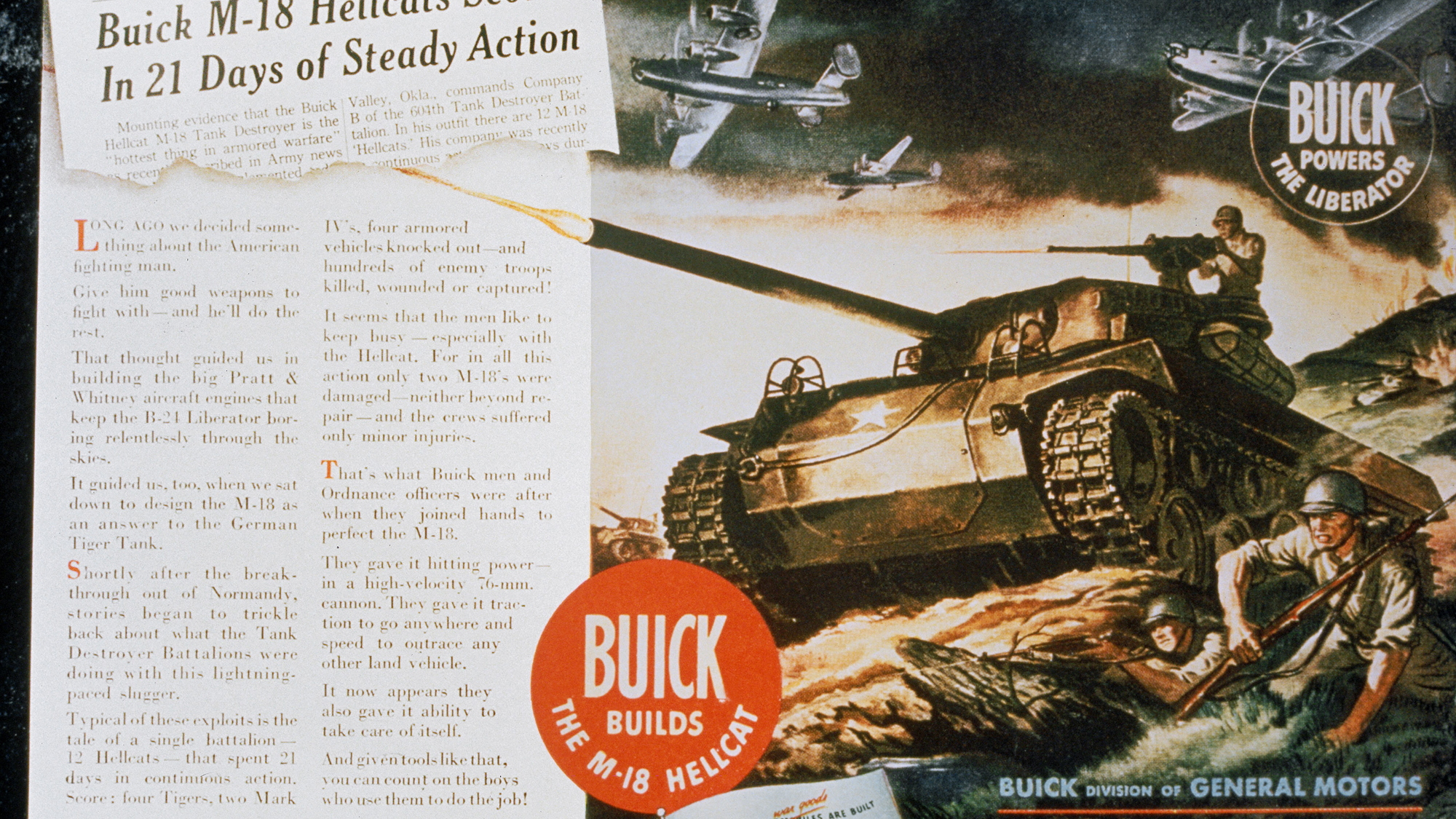 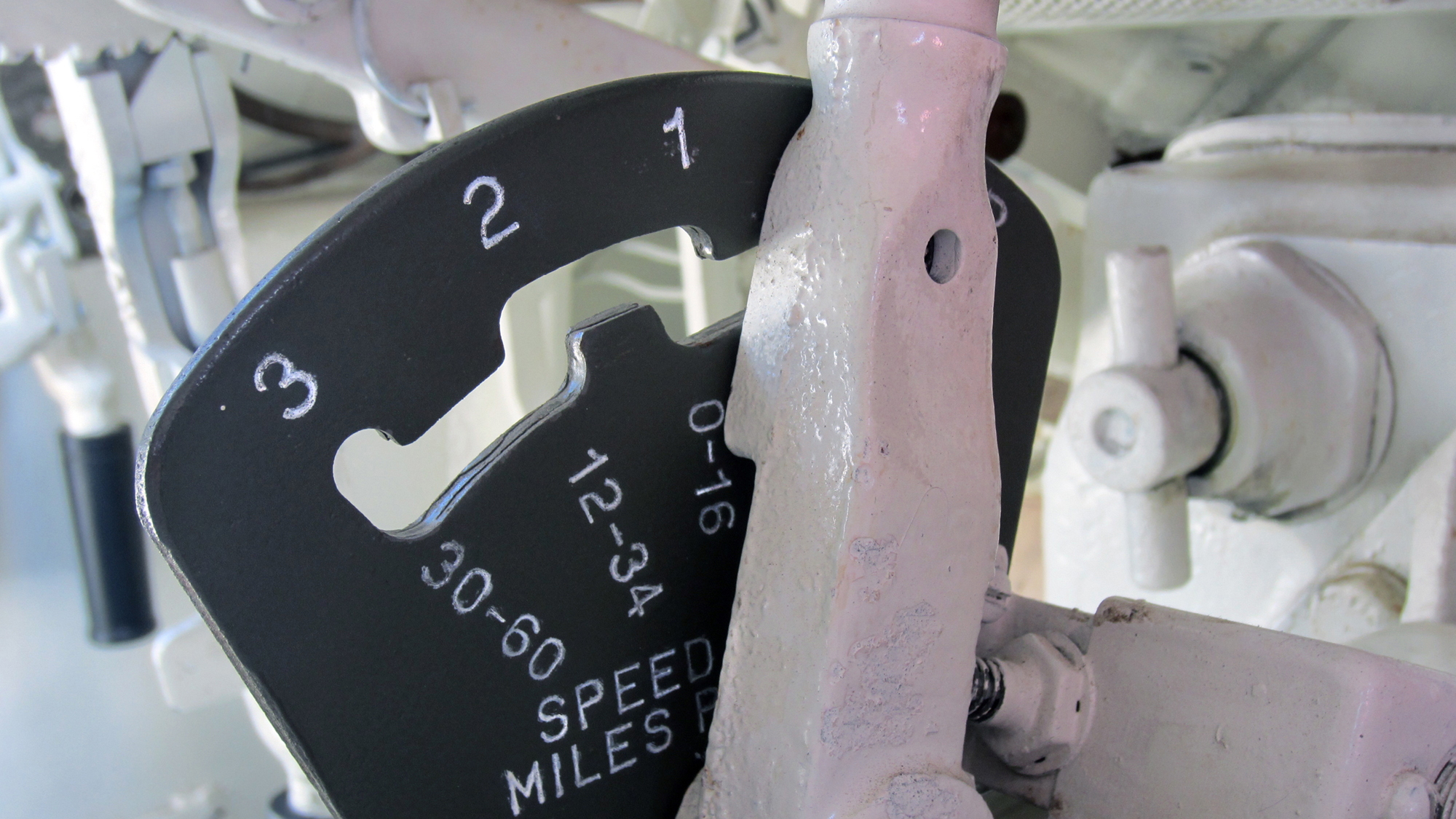 8
photos
Last week was the anniversary of Victory In Europe Day, a date celebrated every year to commemorate May 8th, 1945--the day when Germany's unconditional surrender was accepted by the Allied forces.

Buick has a reason to reflect on V-E Day. Over the automaker's 110-year history, there was a period where it stopped churning out cars and started churning out brutal machines of war.

One such machine was actually designed by Harley Earl's design studio, and it was called the M18 Hellcat.

The M18 Tank Destroyer was called the hot-rod of the tank world thanks to its ability to traverse all sorts of terrain in a high-speed manner. Despite tipping the scales at 20 tons, the Hellcat was able to hit speeds of up to 60 mph. This was thanks in part to the nine-cylinder radial engine, which produced 450 horsepower and was paired with a three-sped Hydramatic gearbox.

To put that speed in comparison, most German tanks of the day were only capable of getting up to 20 mph. In fact, the Hellcat would be considered a fast tank by modern tank standards. All it needs is a turbo and a Grand National badge.

Buick was heavily involved in the design and production of the Hellcat once its assembly lines were forced to stop producing automobiles. The Hellcat was actually tested over at General Motors' Milford Proving Grounds. Additional tests were added to the area that passenger cars wouldn't quite be able to pass. The Hellcat was capable of passing through six-feet of water, climbing small walls, and, of course, smashing through things.

By the time Buick was finished with the Hellcat, its factory workers had produced over 2,500 examples of the tank designed to hunt down and destroy other tanks. It may be sad to consider that such a machine has to exist at all, but it's important not to forget about what history can teach us as we move forward in life. Also, military vehicles can and should be admired for the technological achievements and feats of engineering... or, for being able to do cool things.