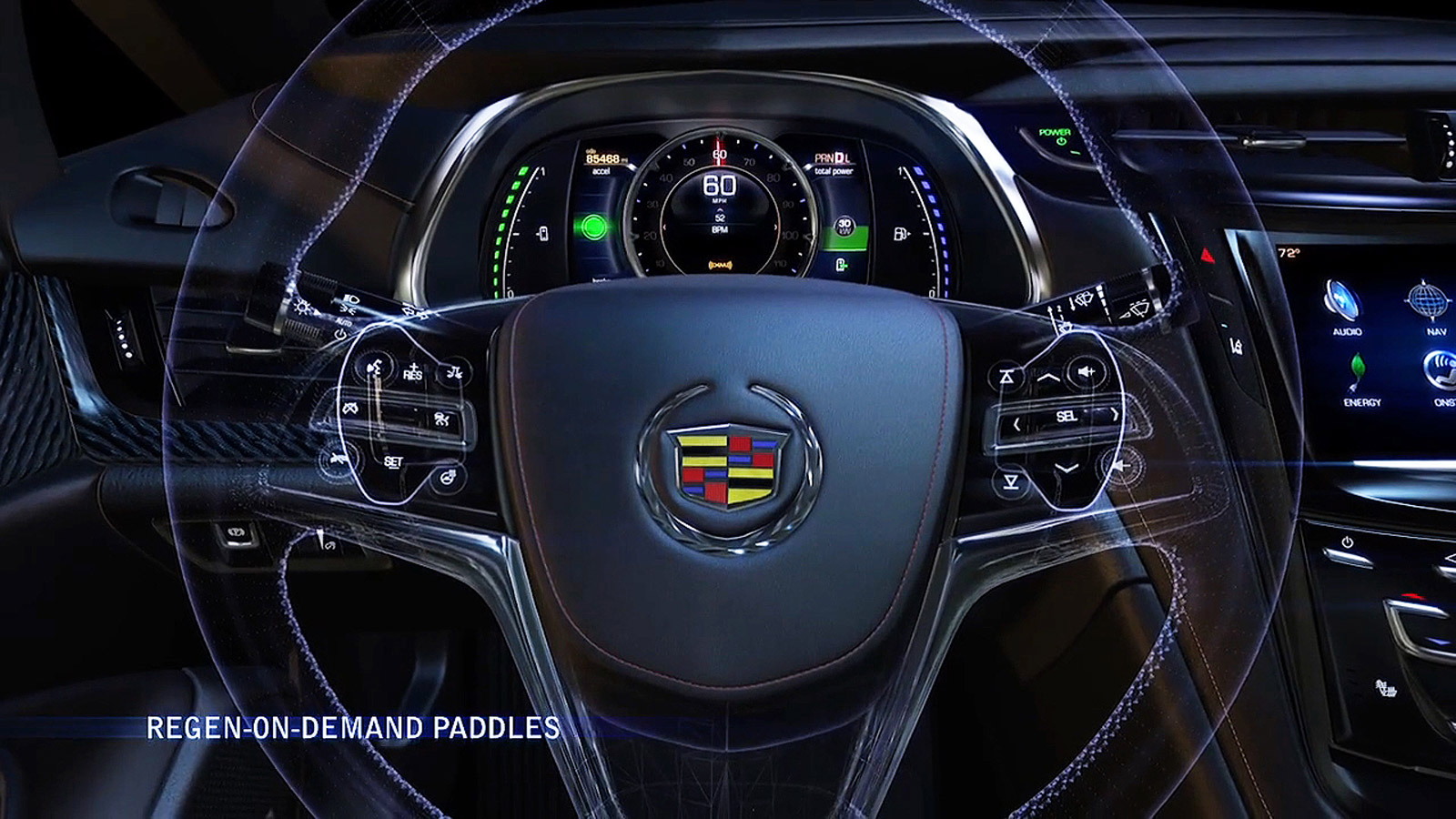 8
photos
While on most cars, paddle shifters located behind the steering wheel usually enable a driver to change a car’s gears, but as we’ve seen on some electrified vehicles, designers have used the handy paddles for a very different function.

The ELR’s paddle shifters enable the driver to switch on or off the car’s ‘Regen on Demand’ feature, which temporarily regenerates energy and stores it as electricity in the battery pack for later use.

To engage the system, the driver simply takes his or her foot off the accelerator and pulls back on either the left or right steering-wheel paddle to begin regenerating electricity. Other electrics often initiate regenerative mode as soon as the accelerator is released, which can be annoying at times.

When the Regen on Demand system is switched on, the electric motor of the ELR simply turns into a generator, slowing the vehicle down and giving the sensation of engine braking.

This means that ELR drivers can actively capture energy when slowing down, such as when approaching slower traffic or setting up for a tight turn, giving them a more active role in the electric car driving experience. Note, the regenerative mode does not bring the vehicle to a full stop like on some other electrics.

A similar setup also features on the Mercedes-Benz SLS AMG Electric Drive, but here the driver can choose from different levels of regenerative severity.

Like the Chevy Volt whose powertrain it largely shares, the Cadillac ELR electric motor drives the front wheels only. A 16.5-kilowatt-hour lithium-ion battery pack powers this motor until it's depleted, at which point a 1.4-liter four-cylinder range extender switches on to top it up.

While the estimated range on a single charge of the ELR’s battery is about 35 miles, this figure can often be increased by actively using the regenerative mode.

For our complete coverage on the 2014 Cadillac ELR, click here.