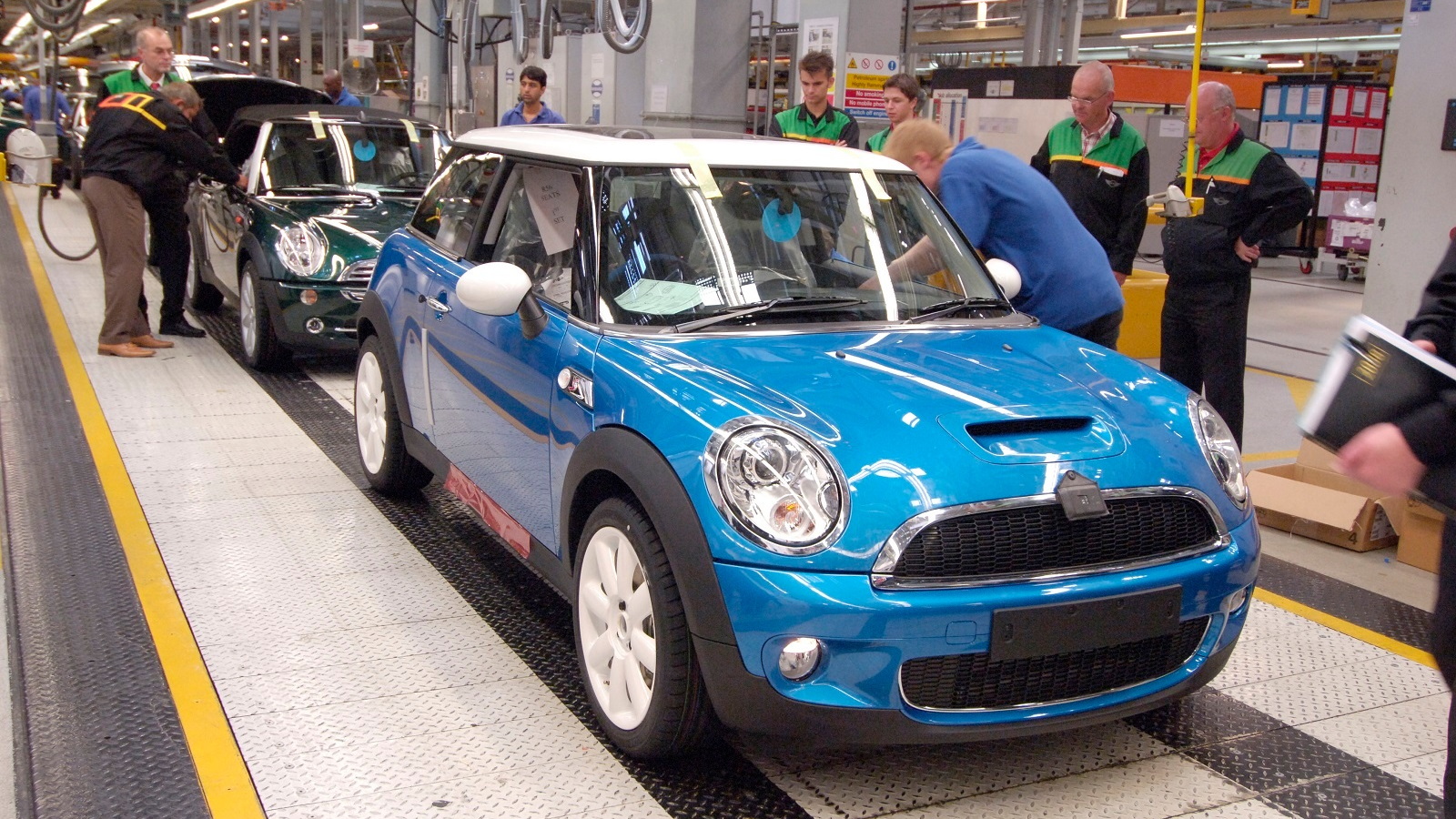 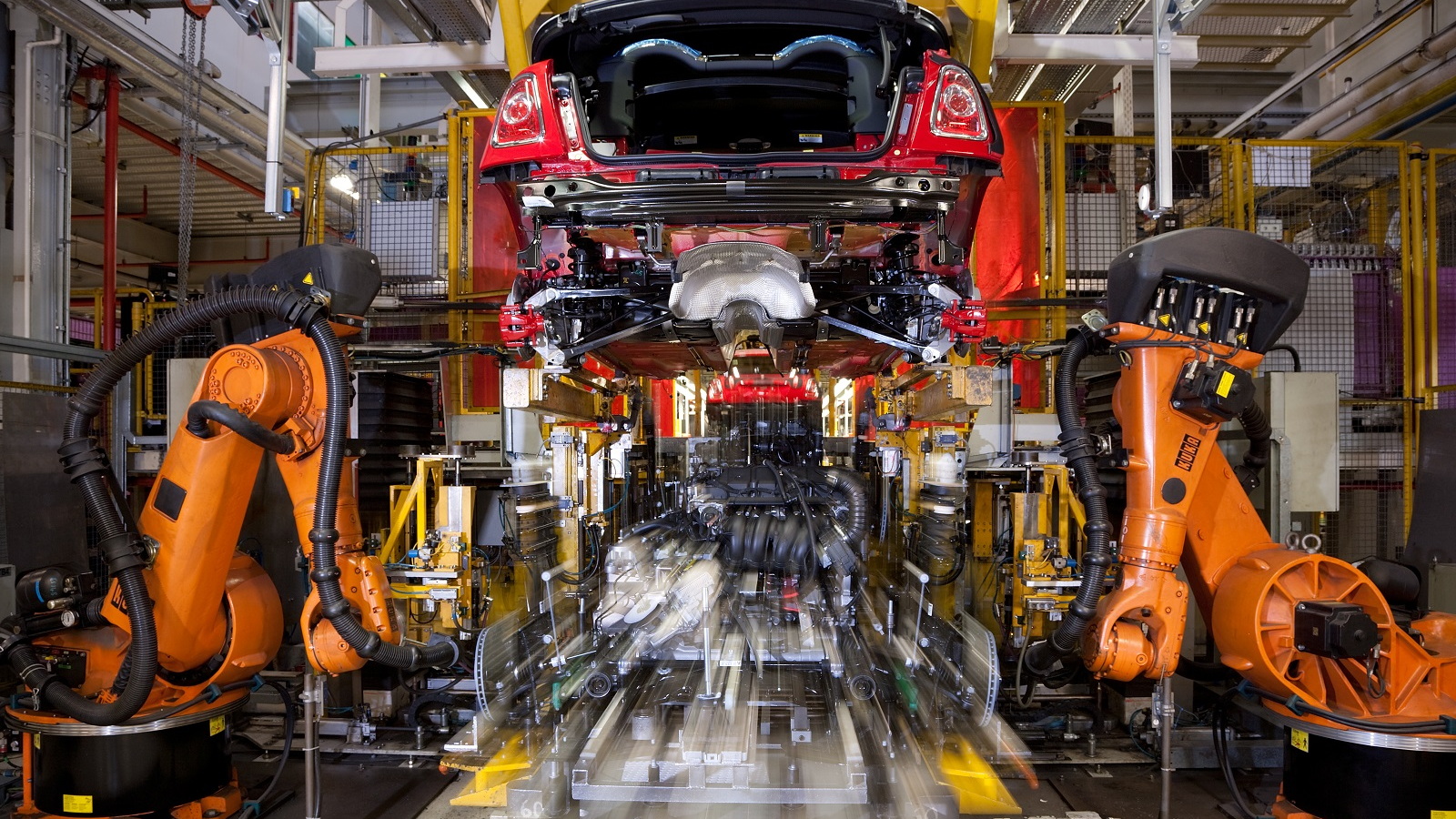 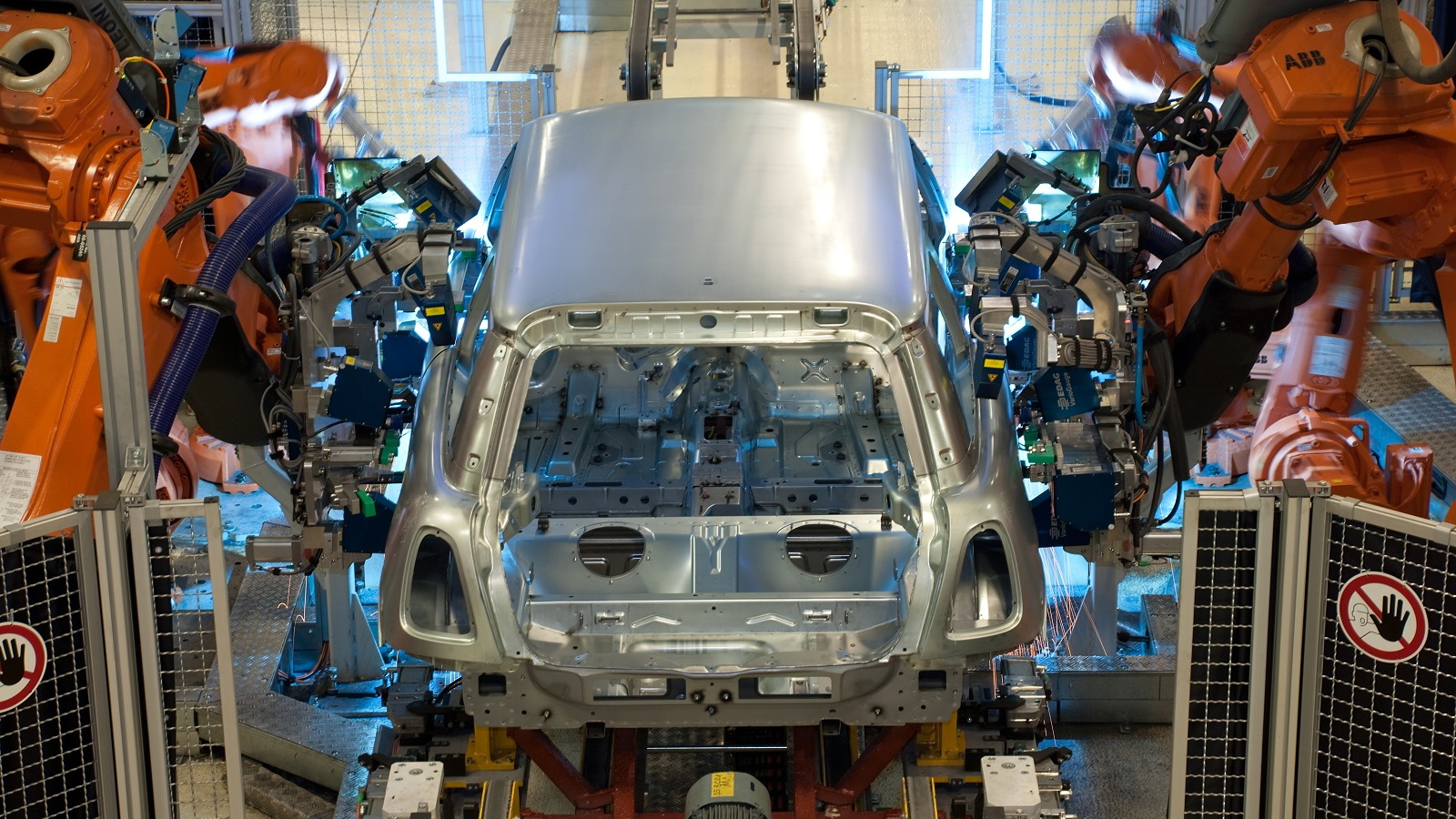 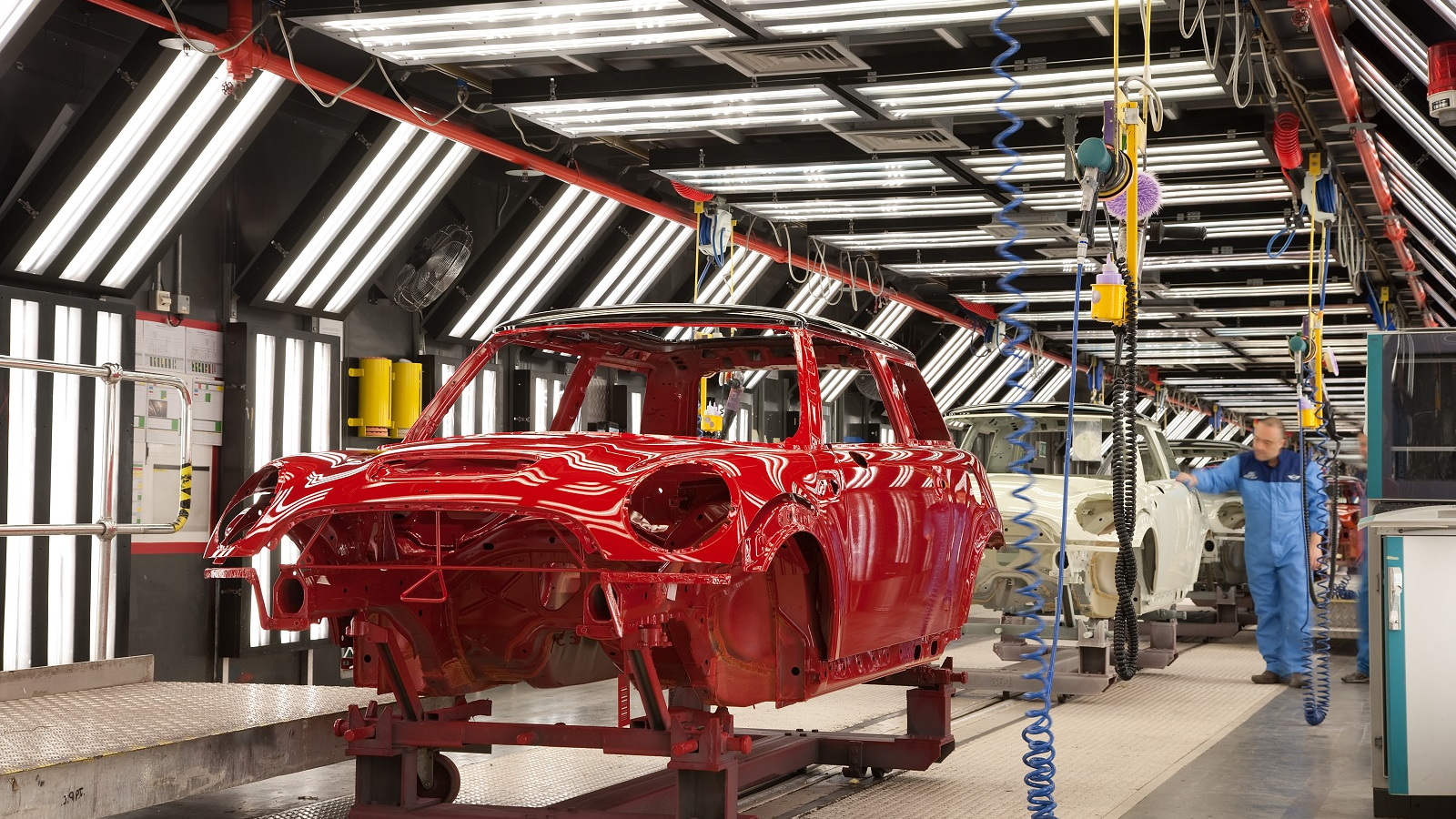 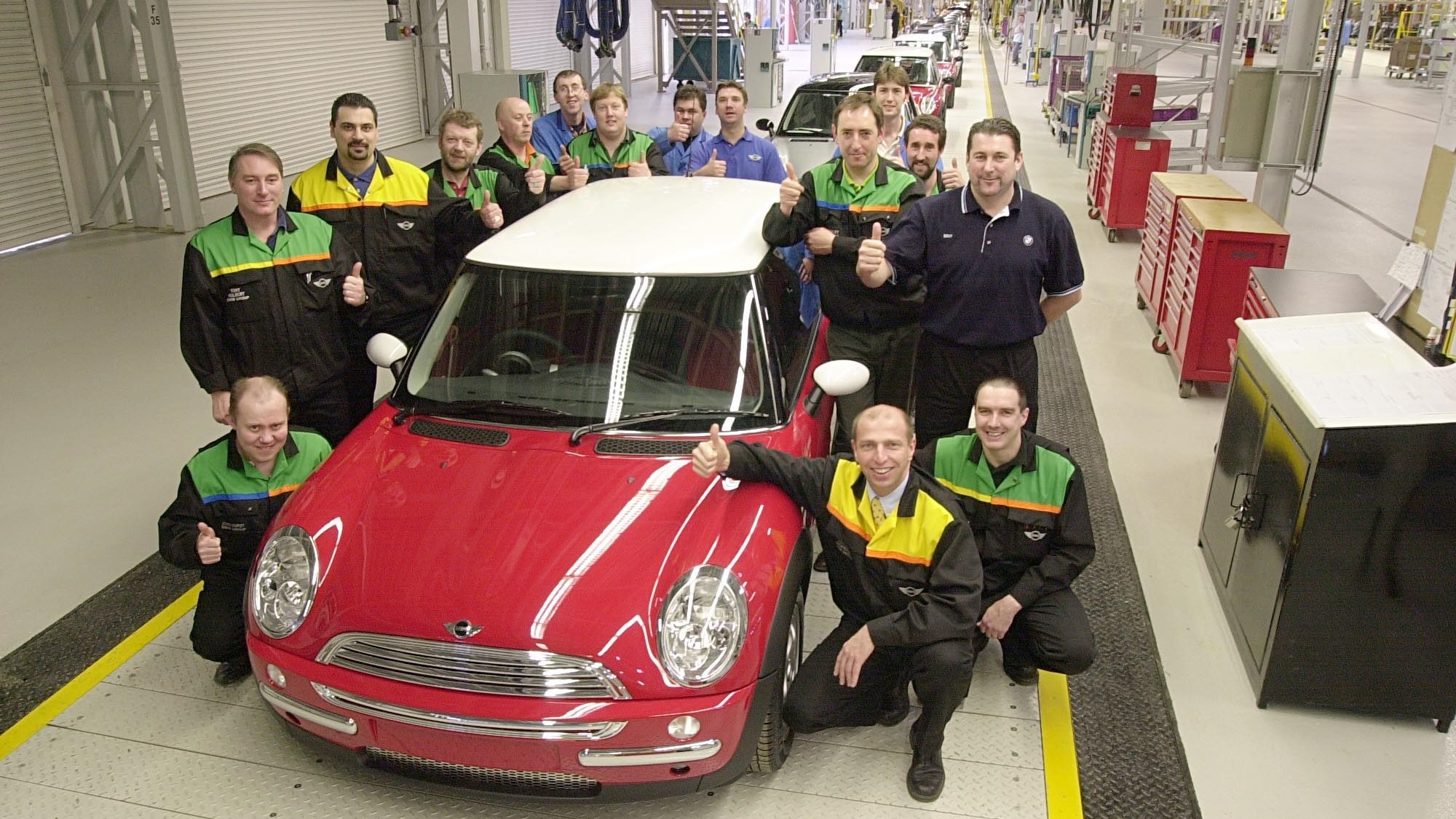 You'd never know it today, but there once was a time when Britain had the second-largest automotive industry in the world.

A bit of that heritage surfaces this month as one of the seminal auto plants that built Britain's industry celebrates its 100th birthday.

That site, now called MINI Plant Oxford but known to an older generation of car fans as British Motor Corporation's Cowley plant, now churns out up to 900 MINI vehicles a day.

It produces the basic three-door MINI hatchback, the convertible, the elongated MINI Clubman wagon, the two-seat Coupe and Roadster models, and various hot-rod MINI Cooper versions--although not the MINI Countryman crossover, which is built under contract in Austria.

From bicycles to cars

The Cowley plant produced its very first car on March 28, 1913, a two-seat 'Bull-Nose' Morris Oxford of a design that many British kids through the 1960s knew as a Corgi model.

It's now the oldest operating car manufacturing site in Europe, and the third-oldest in the world that's still assembling automobiles.

Morris Motors, founded by bicycle maker William Morris (later Lord Nuffield), was one of two British brands to remain in British hands into the latter part of the last century. 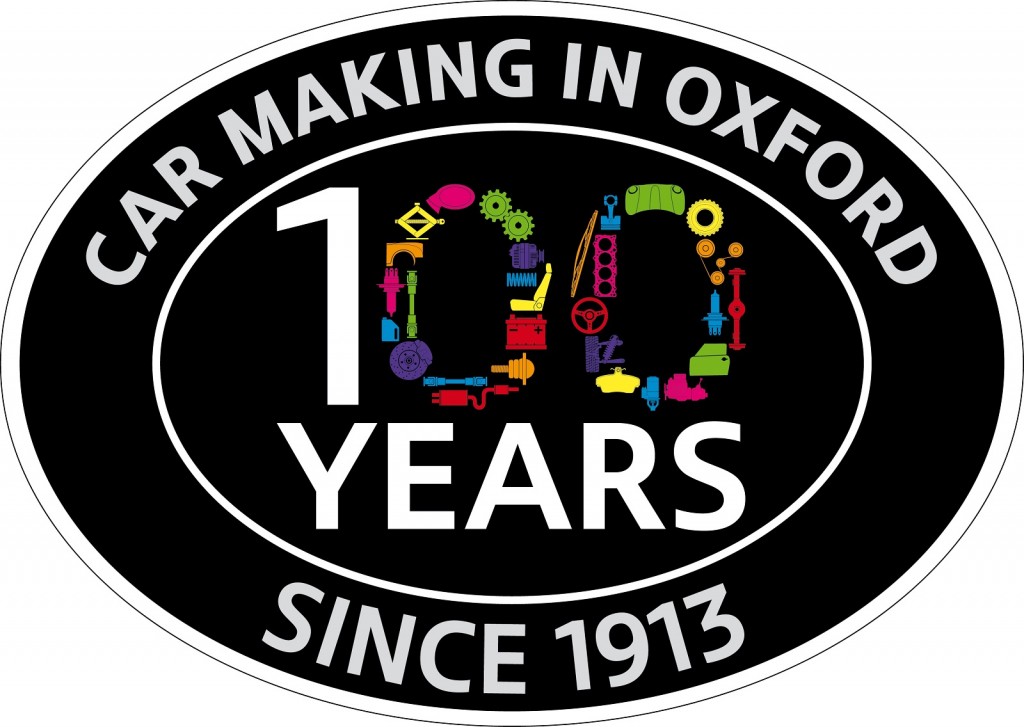 Along with arch-rival Austin, with which it merged in 1952 to form the British Motor Corporation (BMC), Morris was a basic brand known and trusted by British buyers for decades.

Whereas Austin was headquartered at Longbridge outside Coventry, in the British Midlands, Morris Motors had its main plant at Cowley, in the outskirts of the fabled university town of Oxford.

By the 1930s, the Cowley plant was the largest integrated auto assembly facility in all of Europe--Germany being far behind in the development of simple, affordable cars for working people.

Before and after World War II, Morris was known for small cars, staid sedans, and the cheerful rounded Morris Minor (1948-71)--which became the first British car ever to reach production of 1 million units. 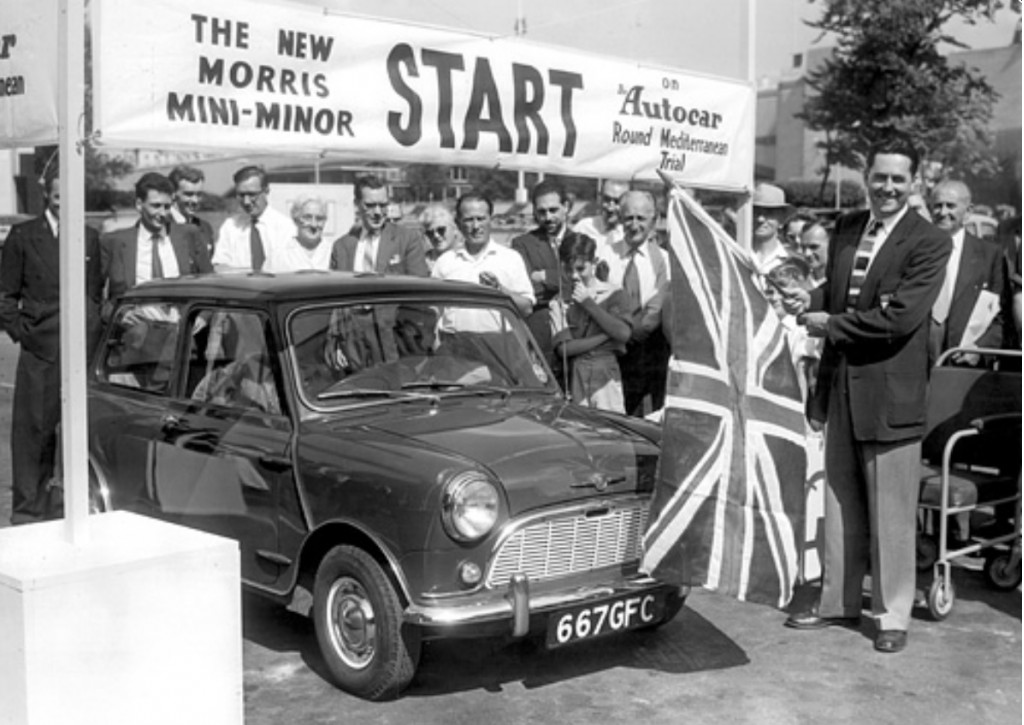 Then, through the Sixties, the company was famed for its cheerful, classless, rollerskate-on-wheels original Mini.

Due to the dubious magic of badge engineering, however, identical Minis were sold by two separate dealer bodies as the Morris Mini-Minor and the Austin Se7en (no, that's not a typo).

BMC reputedly lost money on every Mini it sold for the first seven years, but the design by engineer Alec Issigonis revolutionized the way small cars were laid out.

A transverse engine in the nose, powering the front wheels through universal joints--with the gearbox in the sump sharing the engine oil--let fully 80 percent of the 10-foot-long car's volume be used for people and their luggage.

Through the 1950s, when Japan and Germany were still recovering from the ravages of war--focusing on tiny cars to get a struggling citizenry any kind of mobility at all--the U.K. boasted a thriving native auto industry.

BMC became British Leyland Motor Co. (BLMC) in 1968 with the addition of not only Rover-Triumph, but the Jaguar company.

At its height, BLMC controlled more than 40 percent of the British market--but produced a staggering array of vehicles, engines, transmission, and parts under 14 marques. 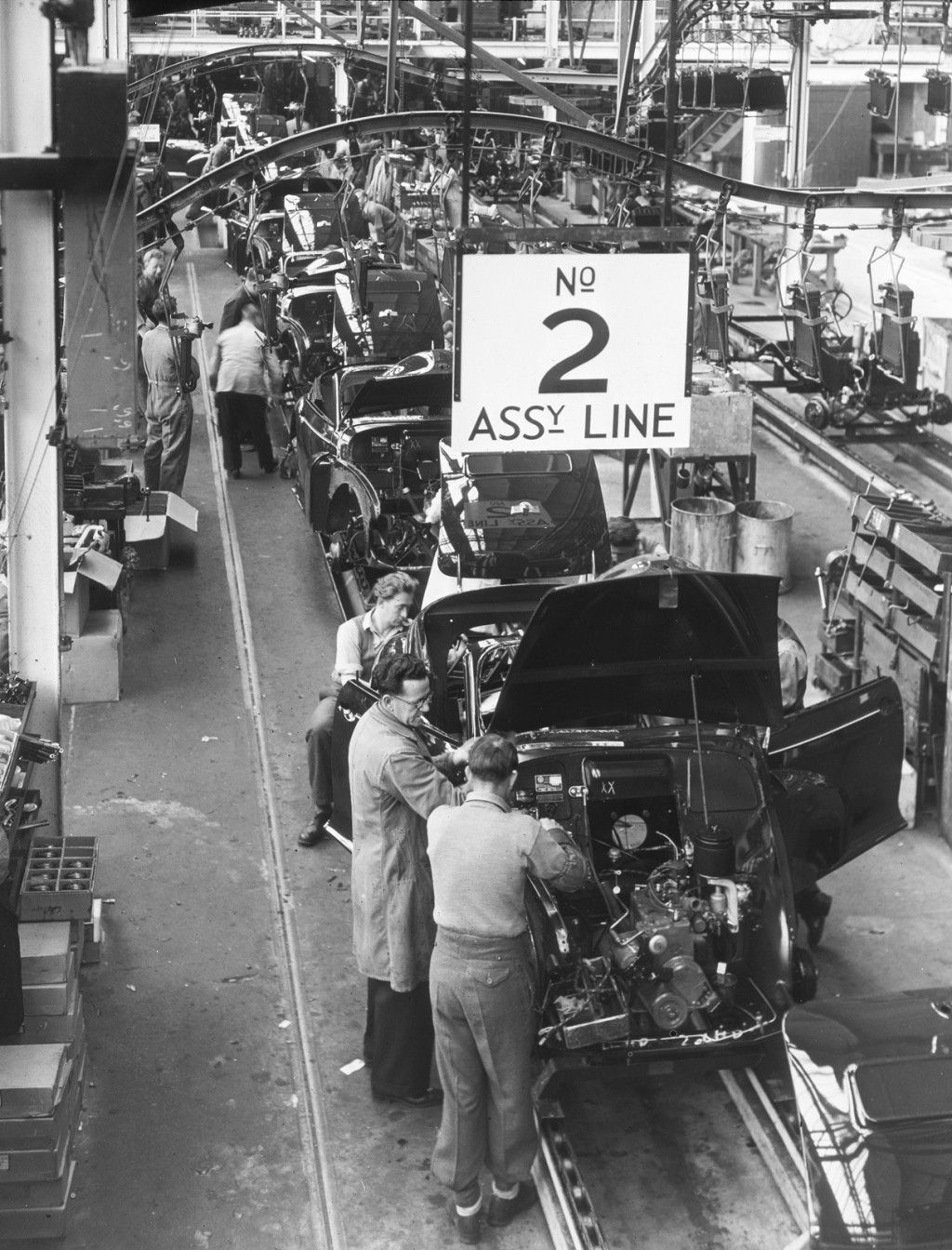 Parts of the list will be familiar to those who've owned a British car or two, while others have already receded into automotive history.

But to give you an idea of how sprawling British Leyland really was, here's the list of car brands it owned: Alvis, Austin, Austin Healey, Daimler, Jaguar, Lanchester, Land Rover, MG, Morris, Rover, Standard, Triumph, Vanden Plas, and Wolseley.

Beset by a fatal combination of brilliant design but lousy production engineering, underspecified components, low volumes in underutilized plants and, most of all, appalling quality stemming from lousy labor relations, BLMC was likely doomed to fail from the start.

It entered bankruptcy, endured numerous restructurings under various names, and shrank continuously until BMW purchased what was left--named, at that point, Rover Group.

Even BMW couldn't make a go of it, and the company essentially gave away the Rover car group to a group of financiers--it finally died under their watch--sold Land Rover to Ford, and kept only MINI and the Cowley plant.

Showing the breadth of the British auto industry through its consolidation and collapse, the Cowley plant itself has built vehicles under no fewer than 13 different marques.

They are Morris, along with Austin, Austin Healey, MG, Riley, Vanden Plas, and Wolseley--all of them components of the 1952 merger--followed by the Mini (now MINI) and Princess model-specific brands.

In the Eighties came Triumph (the Acclaim was a rebadged Civic from the company's partnership with Honda), along with Rover and Honda itself (the joint project that produced the Honda/Acura Legend and Rover 800, similar under the skin), and finally Sterling (the brand used for a failed U.S. relaunch of that car from 1987 to 1991). 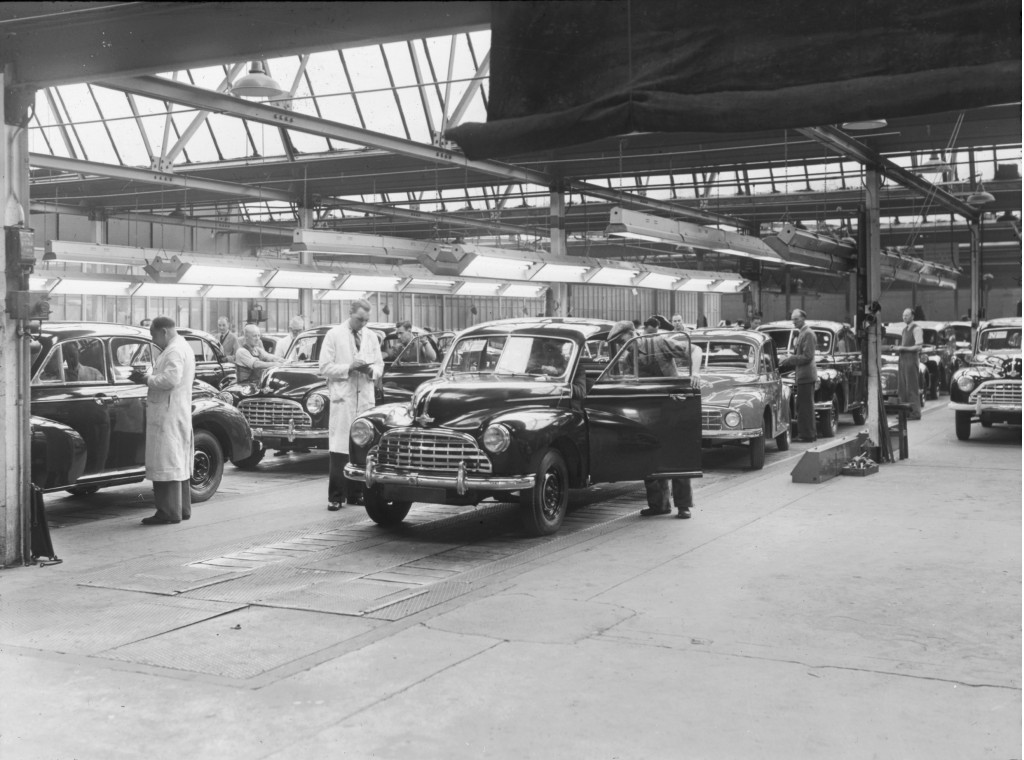 Honda survives, of course, as do Jaguar and Land Rover--united as a single entity and sold by Ford to India's Tata Motors.

Of the rest, only MINI and the Chinese-owned MG survive. All the rest of those historic British brands are now gone.

Cowley itself, or MINI Plant Oxford as BMW would have it, is in fine shape.

There's little left of the structures where that first Bull-Nose Morris was built. Instead, BMW has invested hundreds of millions of pounds into the plant to make it a fully modern facility.

And in fact, as local resident Andrew Murray notes, "The current BMW ex-Rover/Honda plant is on the site of the Pressed Steel body plant, which hadn't been there 100 years."

"Lord Nuffield's plant was on the other side of the dual carriageway," he explains, "and was flattened and sold in the 1980s by the Arlington Securities property arm of British Aerospace" when it owned the Rover Group from 1988 to 1994, before BAe sold it to BMW.

So you'll see few of the ghosts of Morrises of the past in the current plant, although BMW has resurrected a set of historic photos from the site's 100-year history.

And at least a few of the BMW employees making MINIs today are the sons and daughters--or grandsons and granddaughters--of earlier assembly-line workers.

Germany today, of course, has a thriving car industry, whereas the largest British-owned car company today is Morgan.

But the future of the former Morris Motors site at Cowley looks secure, with BMW planning to build the third-generation "new MINI" there starting in 2015 or so.

So while MINI is no longer owned by the British, it retains its national identity--and most of them are built by Britons.

At least that's something, eh?