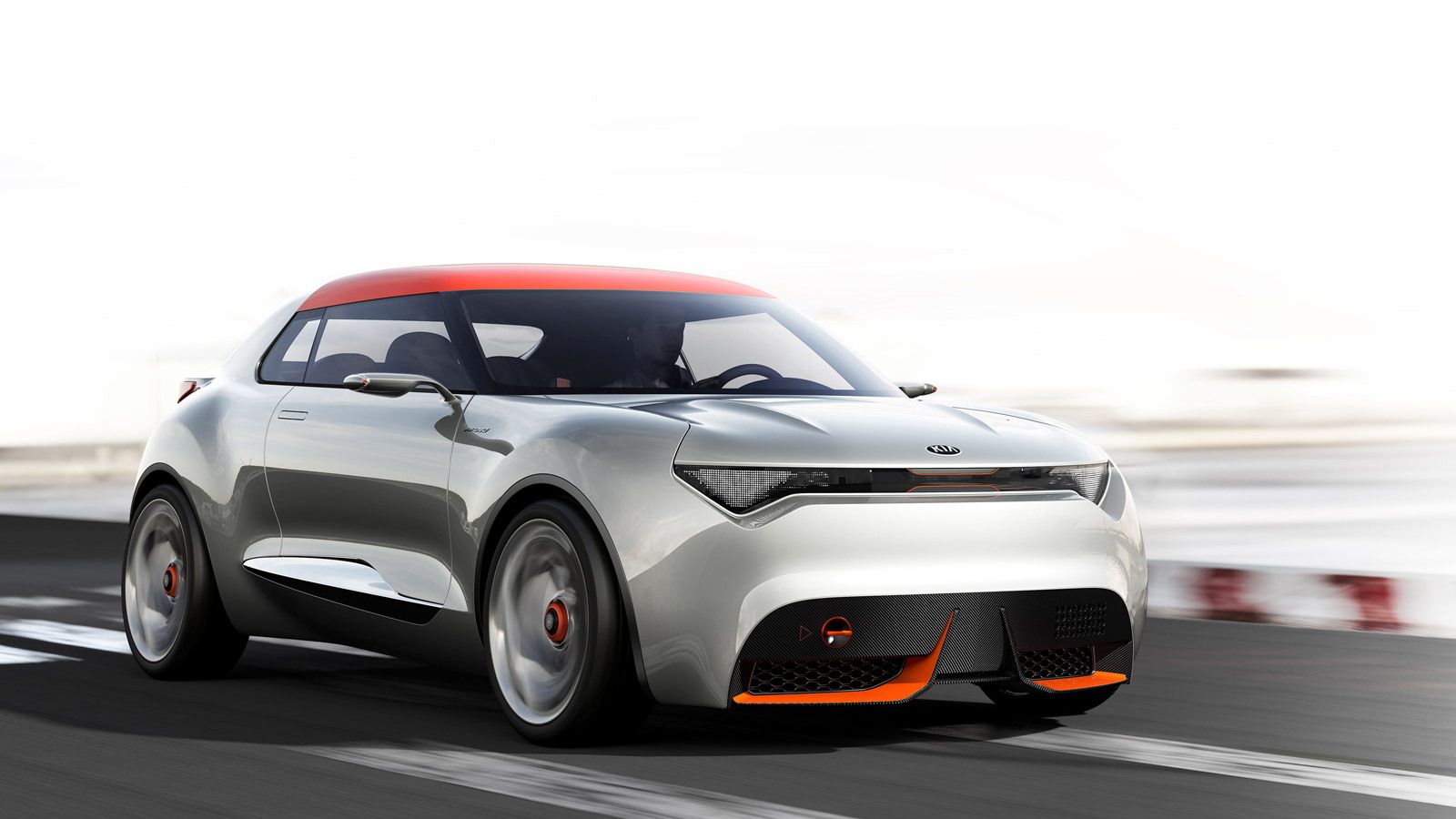 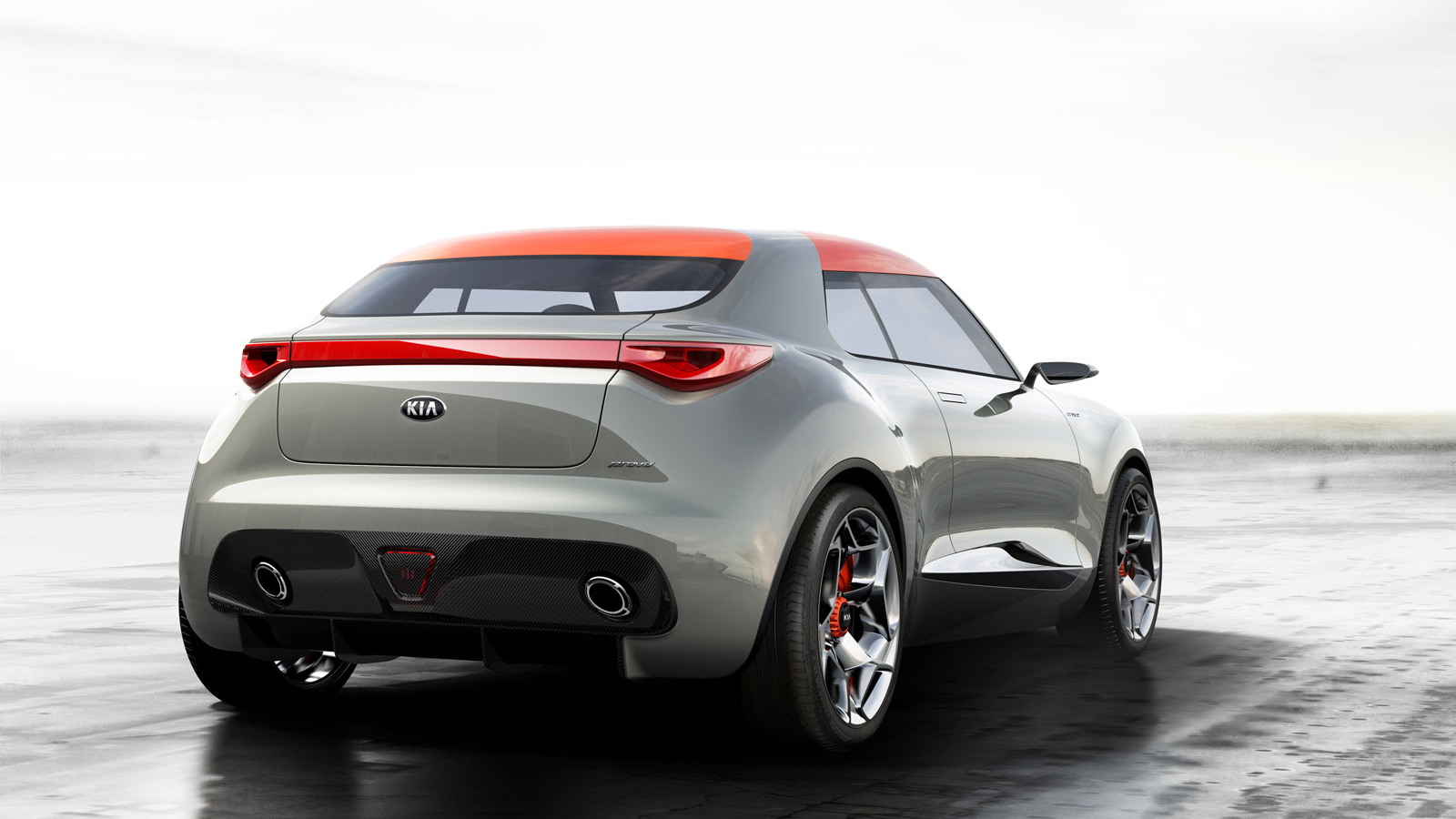 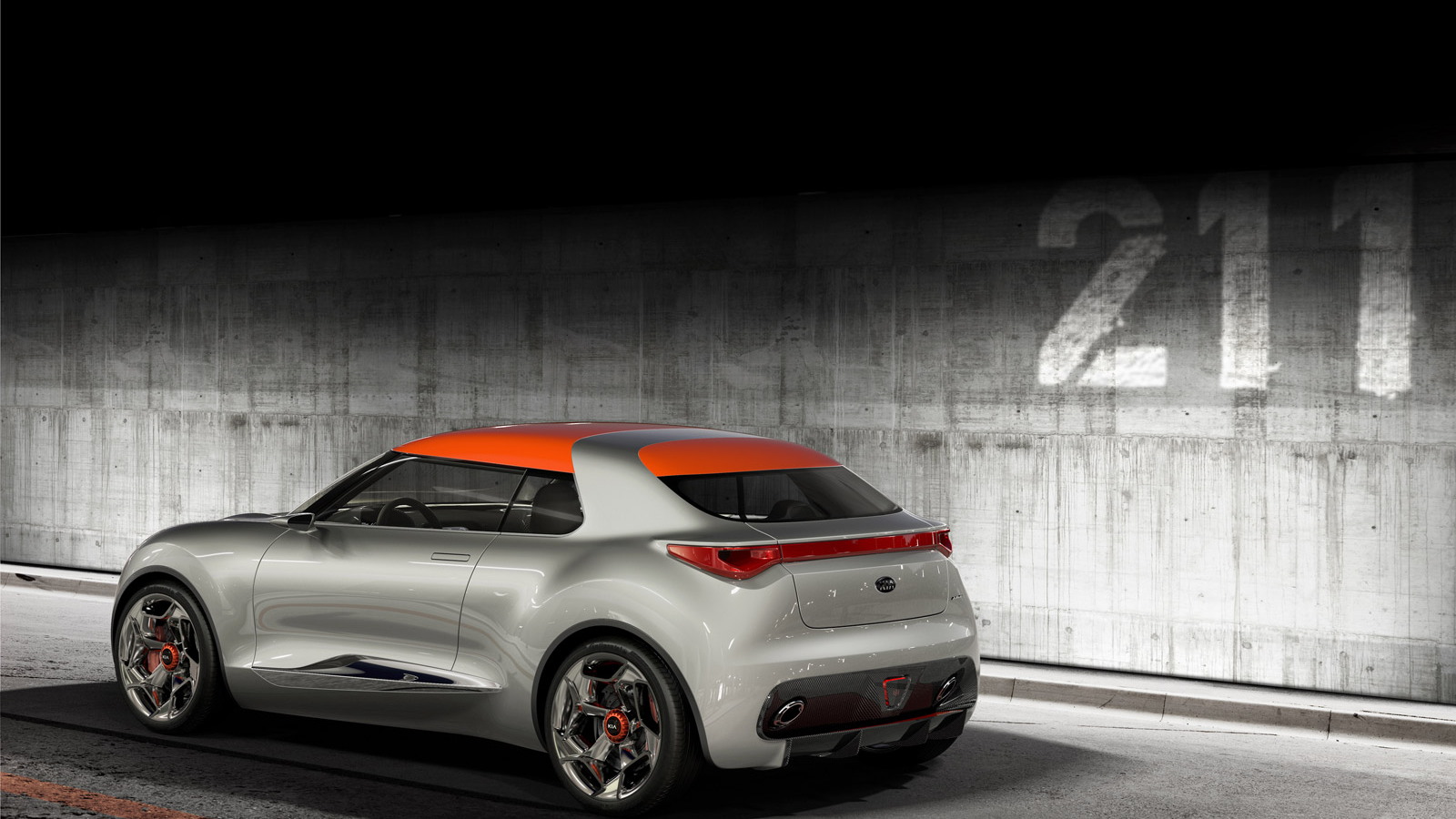 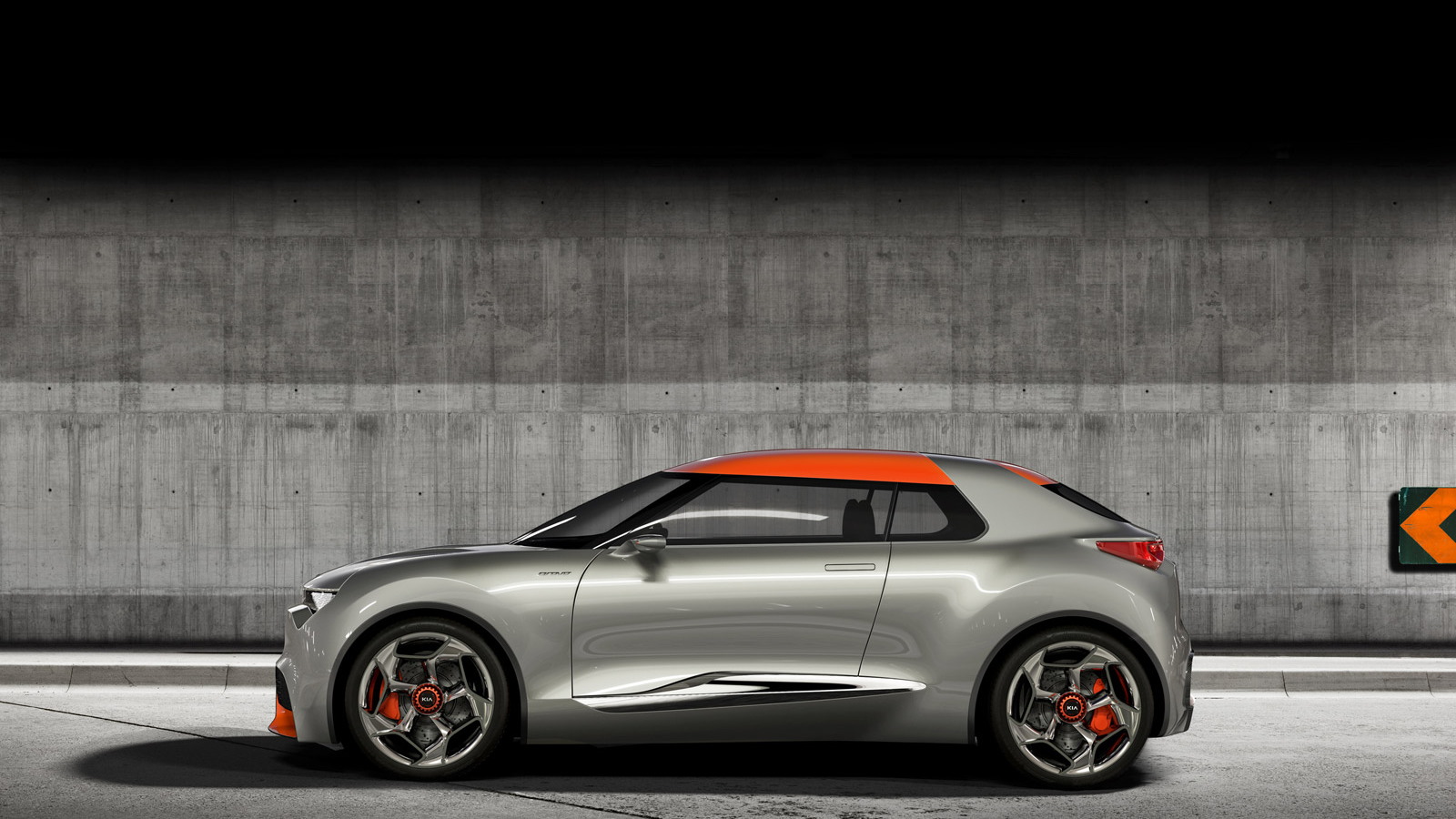 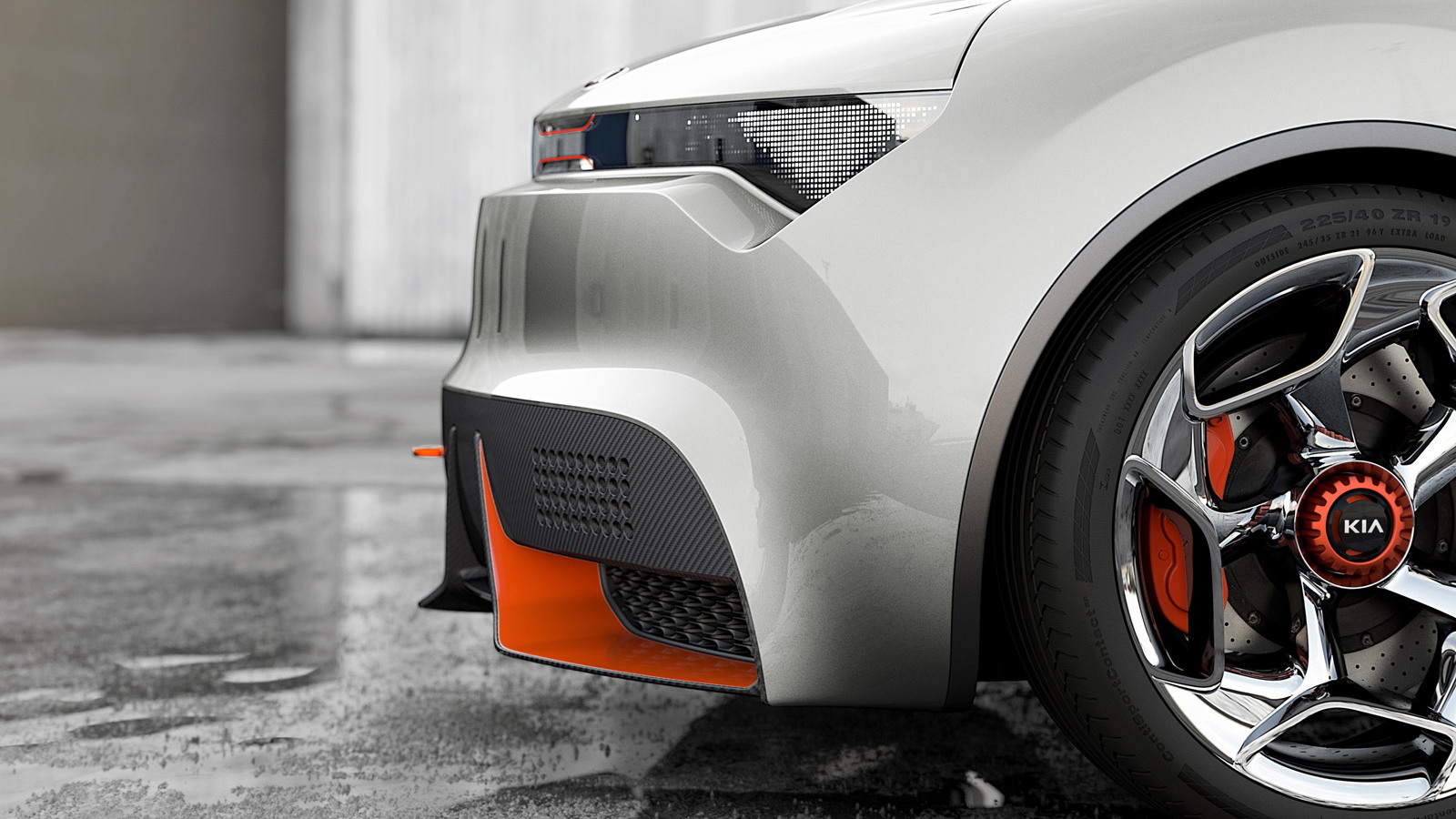 7
photos
Kia’s take on a possible future model aimed at the burgeoning compact crossover market has been previewed in the form of the Provo concept, which makes its debut on Tuesday at the 2013 Geneva Motor Show.

Kia previously described the vehicle as a “racy new urban concept” and explained that it previews the automaker’s latest design language, which blends more curved surfaces with the sharp edges we’re used to seeing from the Korean brand.

We can also see that the Provo drops Kia’s signature tiger-nose grille in favor of a simpler, horizontal open bar.

In addition to previewing Kia’s new look, the Provo also provides clues towards the automaker’s next-generation powertrain and materials technology.

Under the hood is a hybrid setup, which combines Kia’s turbocharged and direct-injected 1.6-liter four-cylinder engine with an electric motor.

The engine, which is rated at 201 horsepower, is matched to a dual-clutch transmission and drives the front wheels. The electric motor is rated at 33 kilowatts (44 horsepower) and is used to drive the rear wheels, creating a ‘through-the-road’ all-wheel-drive setup.

Planting the vehicle firmly in touch with the road are distinctive 19-inch alloy wheels, fixed by single center nuts similar to those used on race cars. A short 8.3-foot wheelbase completes the sporty look. The overall length of the Provo is just 12.7 feet.

Modern touches include carbon fiber body panels, which are left exposed on the aero parts, some aluminum, LED headlights and adjustable flaps at the rear.

Moving inside, the design team, located at Kia’s European studio in Frankfurt, Germany, was left open to come up with a new theme for the automaker’s interior look and feel.

Opening the doors--via flush-fitting push-up electronic handles--reveals that polished aluminum panels used for the car’s flanks extend inside to create a two-step sill. The next surprise is the door construction itself: the doors are made from three individual panels. There is an outer panel, a carbon fiber inner panel and a neoprene-covered inner section that matches the exterior color.

The dashboard is made from a single expanse of carbon fiber, but does not extend down to the floor. This in order to keep the footwells clear and uncluttered except for polished aluminum footrests and pedals. The instrument panels, meanwhile, are all digital.

Whilst no specific production schedule for the Provo has been confirmed, Kia states that it is committed to delivering sporty and attractive vehicles that offer plenty of fun--a description the Provo could certainly fit.

Stay tuned for much, much more from the Geneva Motor Show in the coming days, and be sure to visit our dedicated show hub for all the latest updates.