Rolls-Royce has announced it's bringing a new model to the 2013 Geneva Motor Show taking place in early March.

The new model will be called the Rolls-Royce Wraith, a name we haven't seen since the Silver Wraith ended production in 1959.

While no other details about the Wraith have been revealed, apart from it being the most powerful and dynamic car ever launched by the illustrious British automaker, we know the car is the long-awaited coupe version of the top-selling Rolls-Royce Ghost.

Prototypes of a large coupe with obvious Rolls-Royce styling cues have been spotted testing all over Europe for months. Previously thought to be called a Corniche, we now know the Rolls-Royce Ghost-based coupe will be a Wraith.

Targeting the likes of the Bentley Continental and Mercedes-Benz CL Class, and to a lesser extent the Aston Martin DB9, the Wraith is expected to feature the Ghost’s turbocharged 6.6-liter V-12 but with power turned up to around 600 horsepower. By comparison, the Ghost is rated at just 563 horsepower.

Importantly, the Wraith will also be lighter than its sedan counterpart (perhaps as much as 440 pounds lighter), and its chassis tuned for improved performance. Look for uprated brakes and tires, stiffer suspension and a 10-millimeter lowered ride height.

An eight-speed automatic should feature, possibly with paddle shifters for manual operation.

“Rolls-Royce Wraith will draw superlatives when it is unveiled in Geneva,” Rolls-Royce CEO Torsten Müller-Ötvös said at today’s announcement. “Expect the boldest design, the most dramatic performance and the most powerful Rolls-Royce that has ever played host to the famous Spirit of Ecstasy figurine. 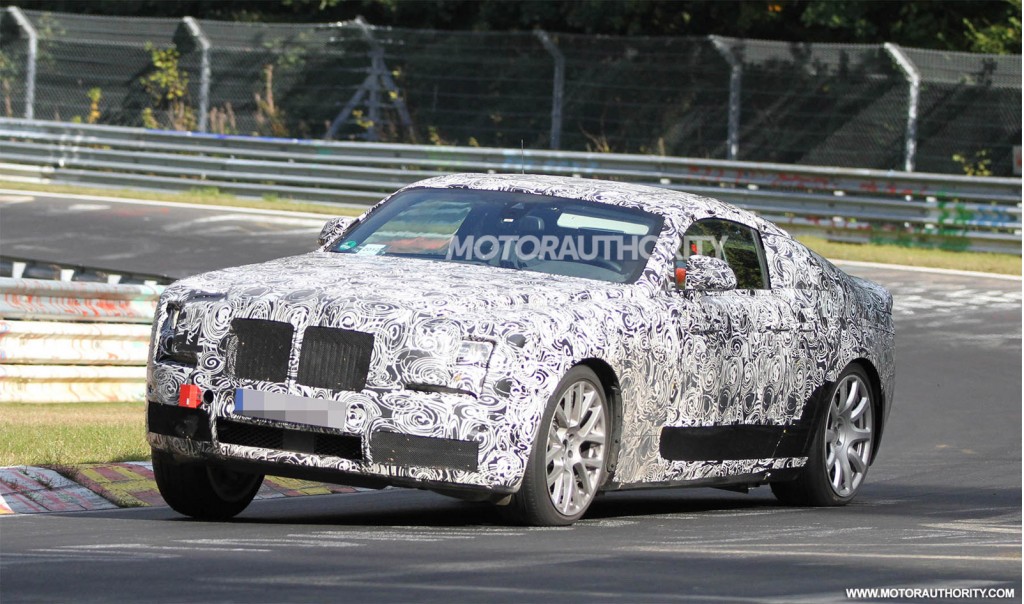 Sales of the new Rolls-Royce Wraith will commence in the fourth quarter of the year, which means it will likely list as a 2014 model. It’s almost certain a convertible version will eventually follow.

In the lead up to the reveal during the March 5 press day for the 2013 Geneva Motor Show, Rolls-Royce will be releasing a series of teasers so stay tuned for more. In the meantime, hit this link to watch a spy video of a Wraith prototype lapping the Nürburgring.