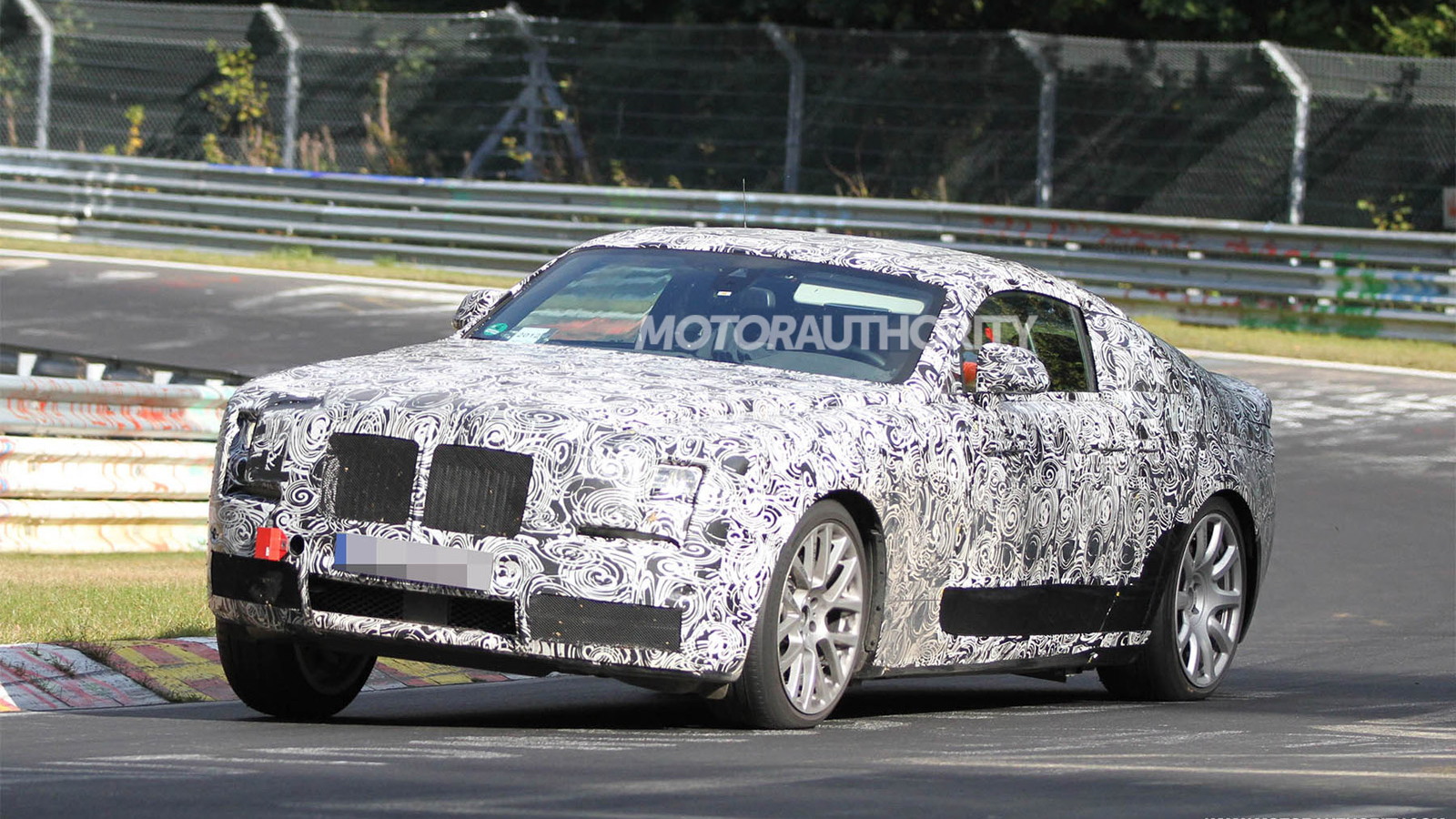 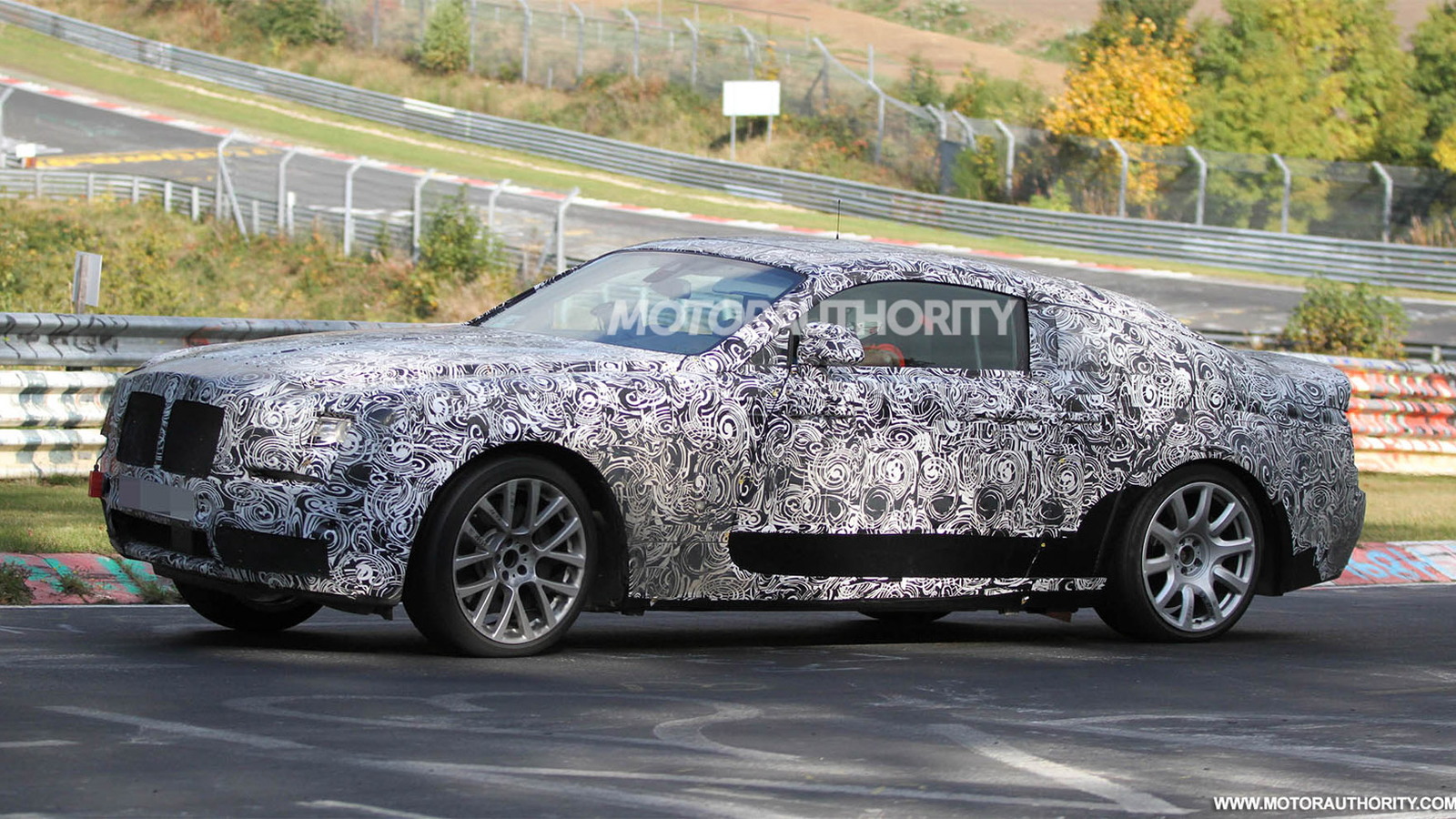 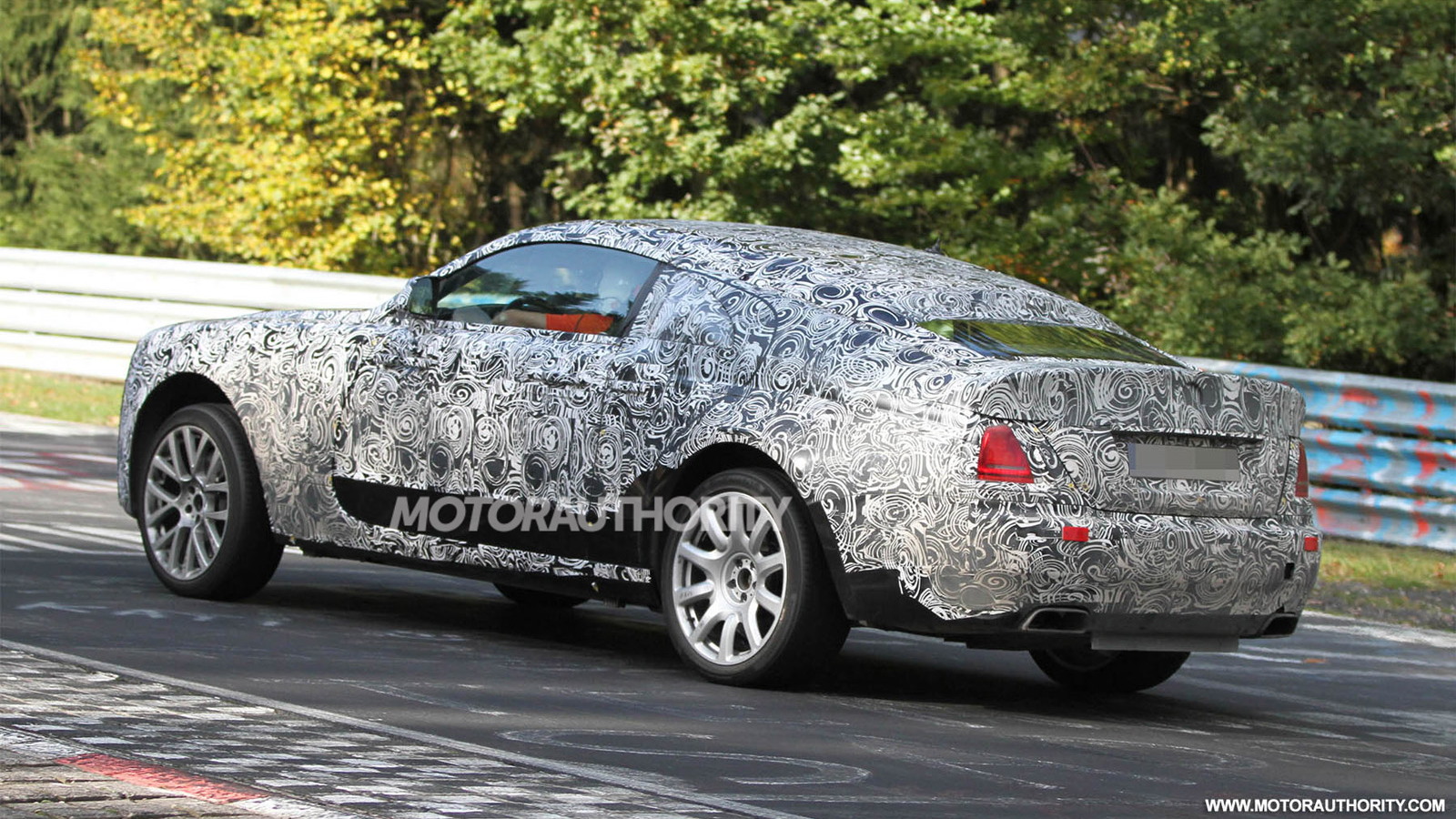 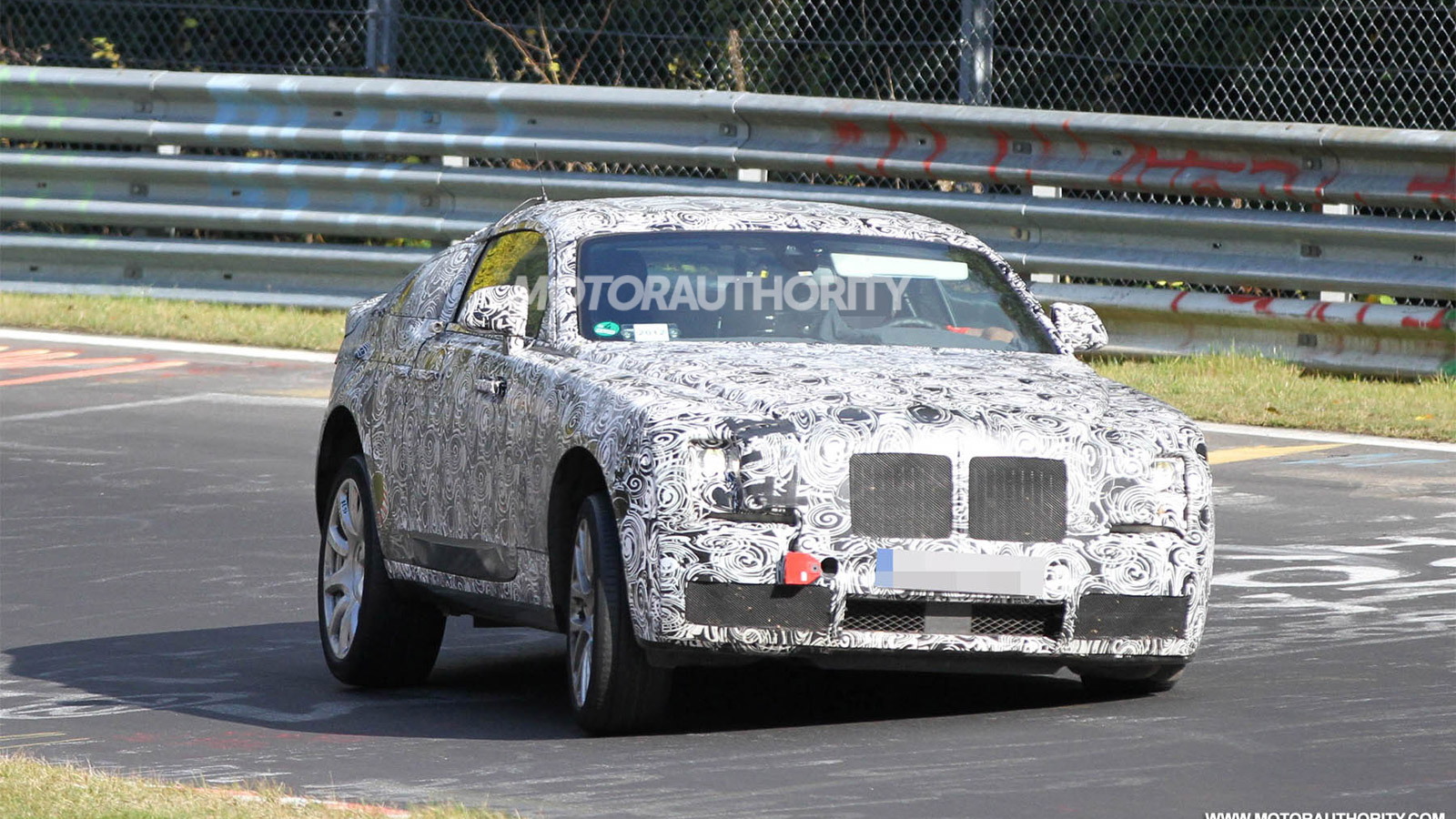 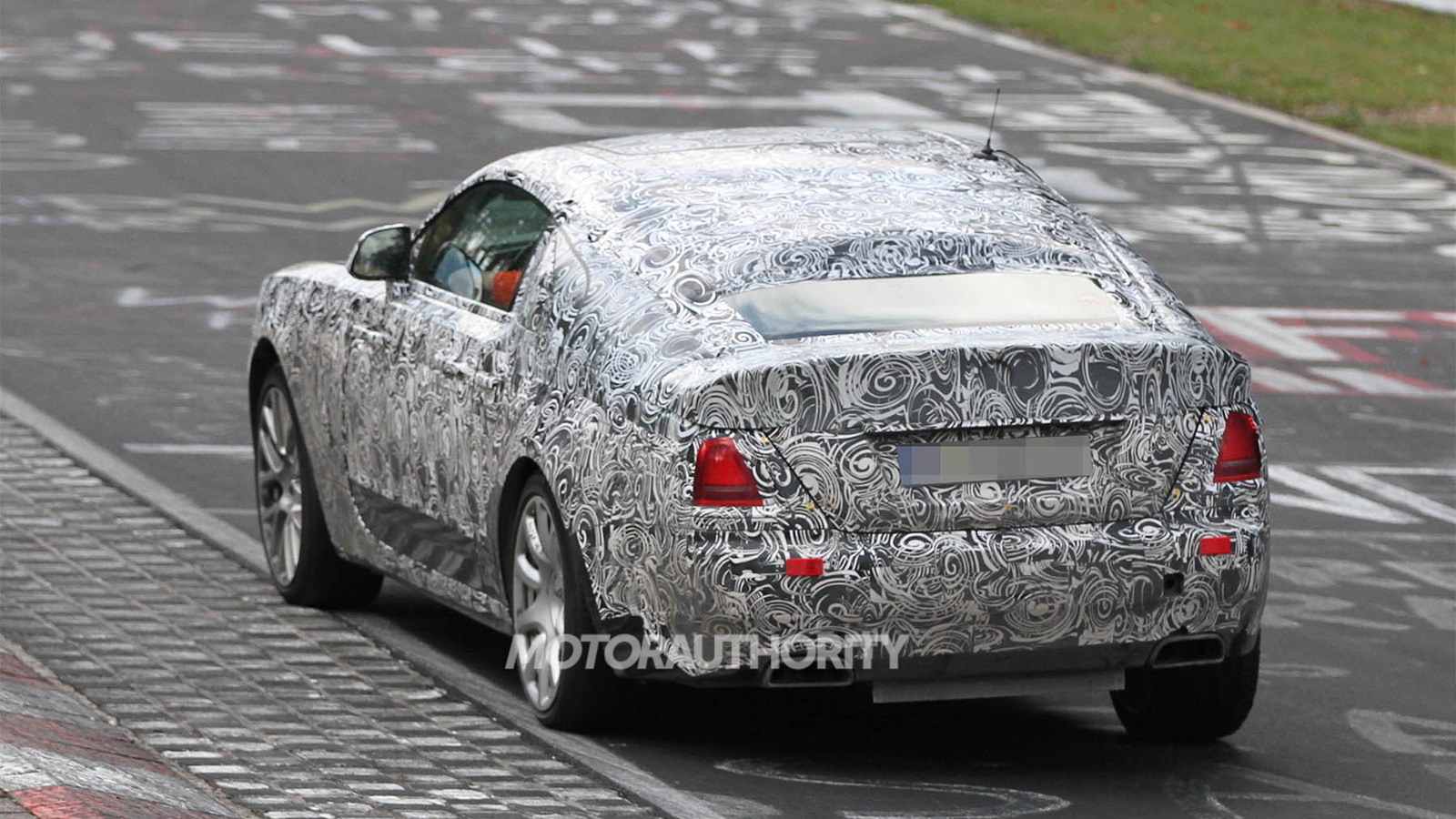 8
photos
Development of the new Rolls-Royce Ghost Coupe is progressing nicely, as evidenced by this spy video showing a prototype being flung around the arduous Nürburgring-Nordschleife with sports car-like pace.

This makes sense, as the Ghost Coupe, which may end up reviving the Corniche name, is to be the performance flagship of the Rolls-Royce range--and it certainly appears that the engineers aren’t taking that claim too lightly.

The prototype can be seen getting airborne on several occasions, and it sounds as though its tires are holding on for dear life when the car eats up some corners.

To improve the car’s performance over the regular Ghost sedan, engineers are thought to have made some key changes. Clearly the wheelbase has been shortened, and the curb weight lessened, but peak output is also likely to have been increased and the chassis tuned more for sport than comfort. Look for uprated brakes and tires, stiffer suspension, and a 10-millimeter lowered ride height.

Under the hood will be the same turbocharged 6.6-liter V-12 from the Ghost, but as mentioned, output will likely have been increased from the sedan’s 563-horsepower to somewhere around the 600-hp mark.

Look for a debut of the Rolls-Royce Ghost Coupe at the Geneva Motor Show in March, 2013. Sales should commence in the second half of that same year.