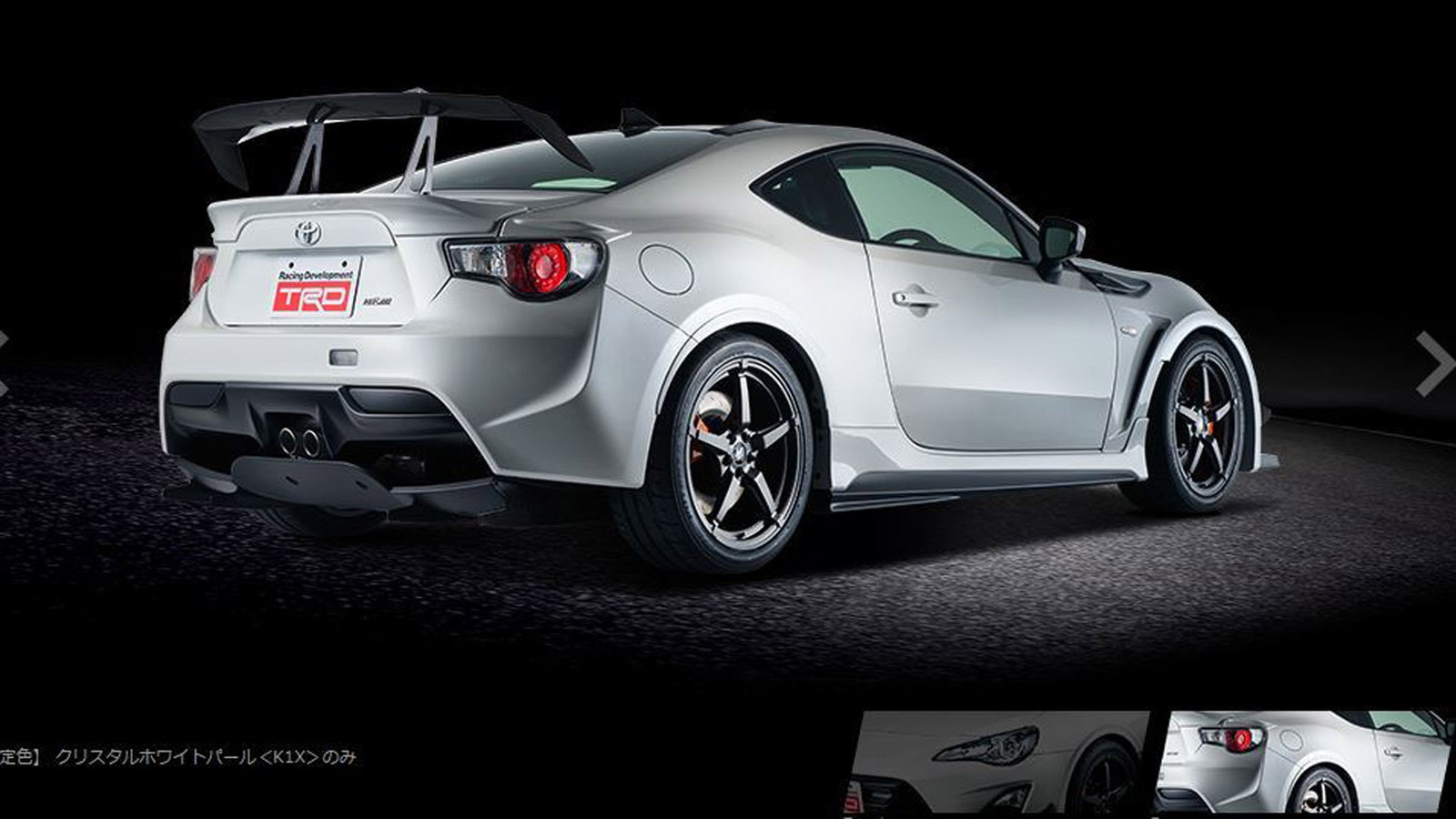 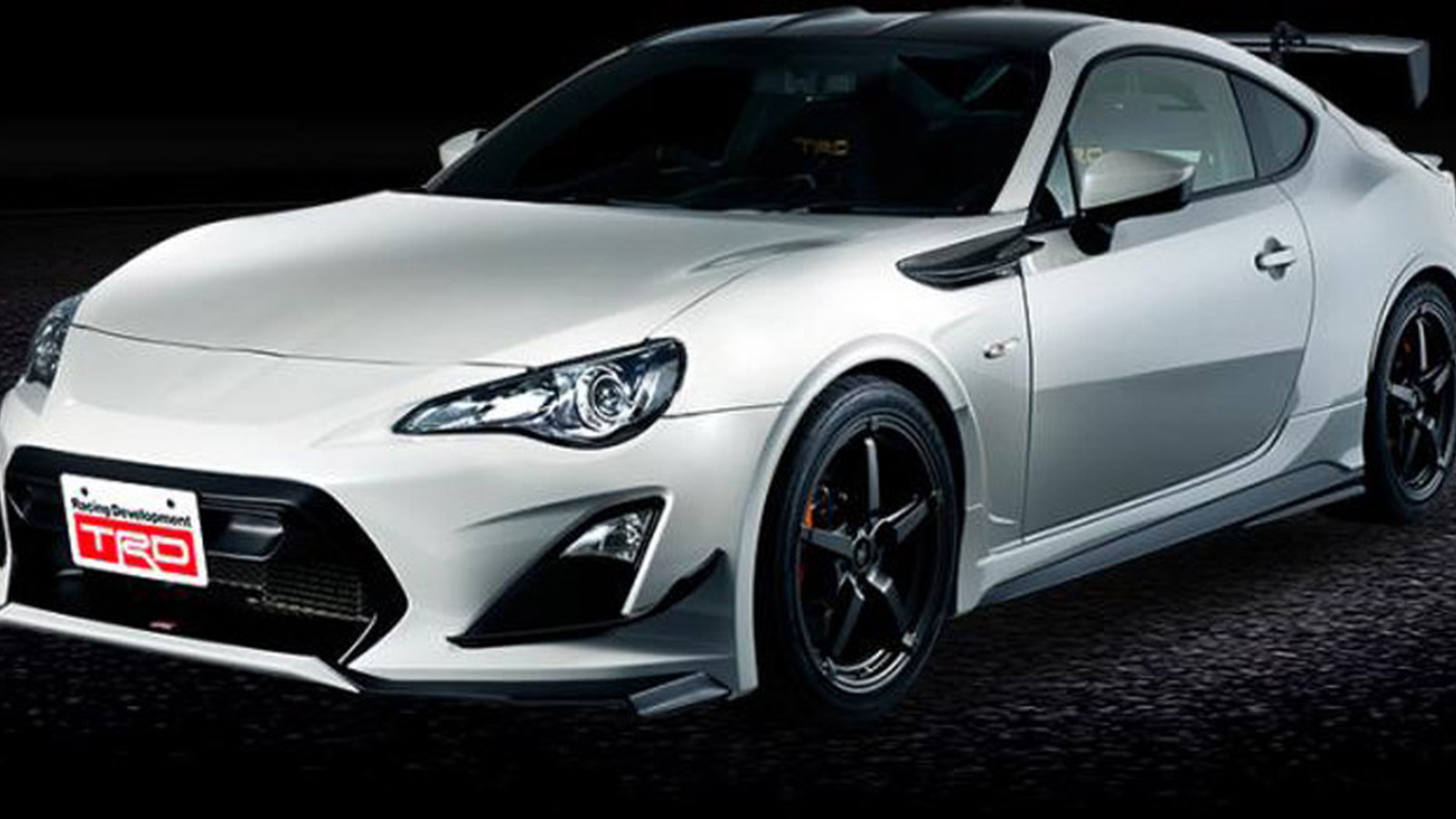 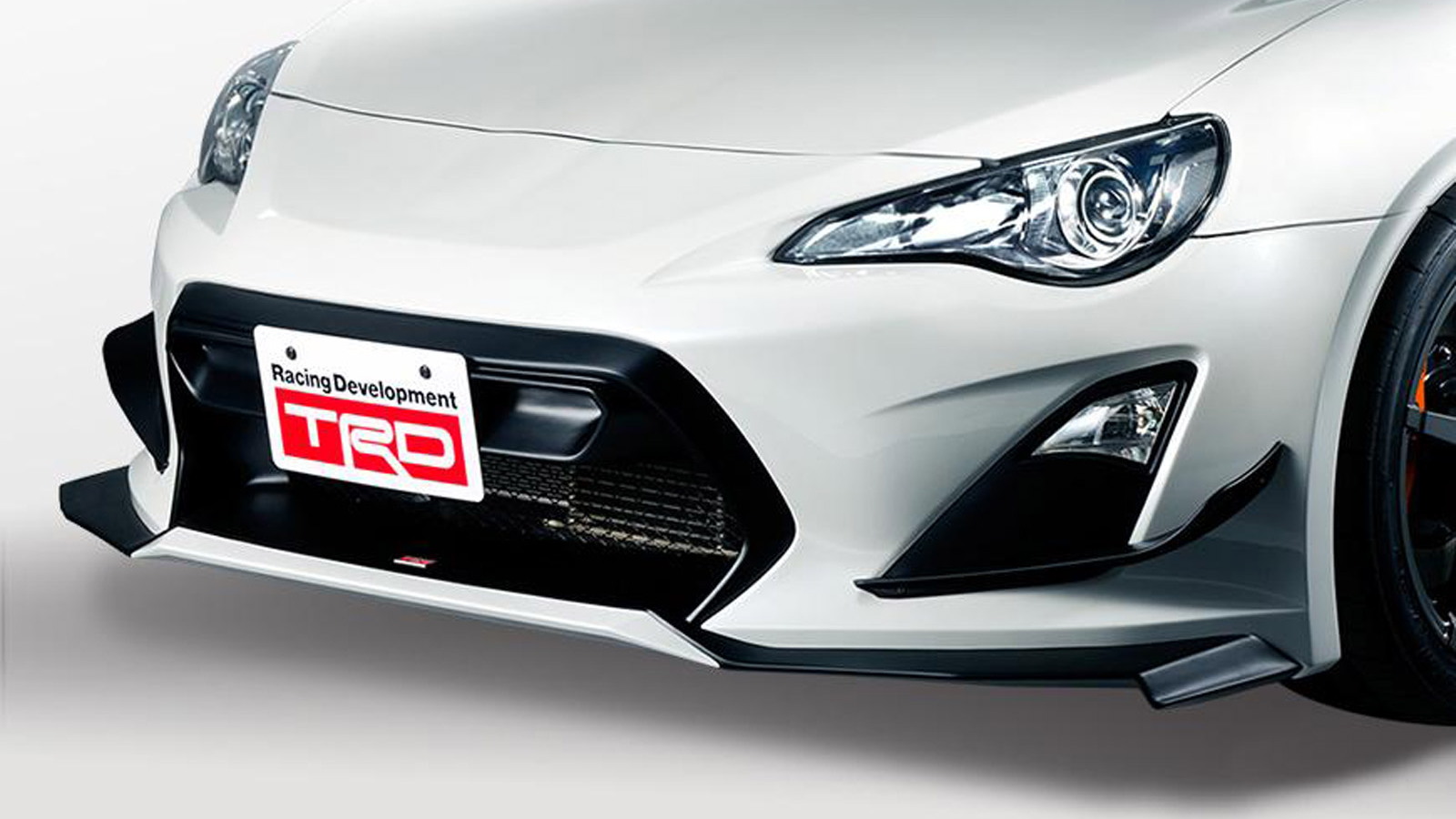 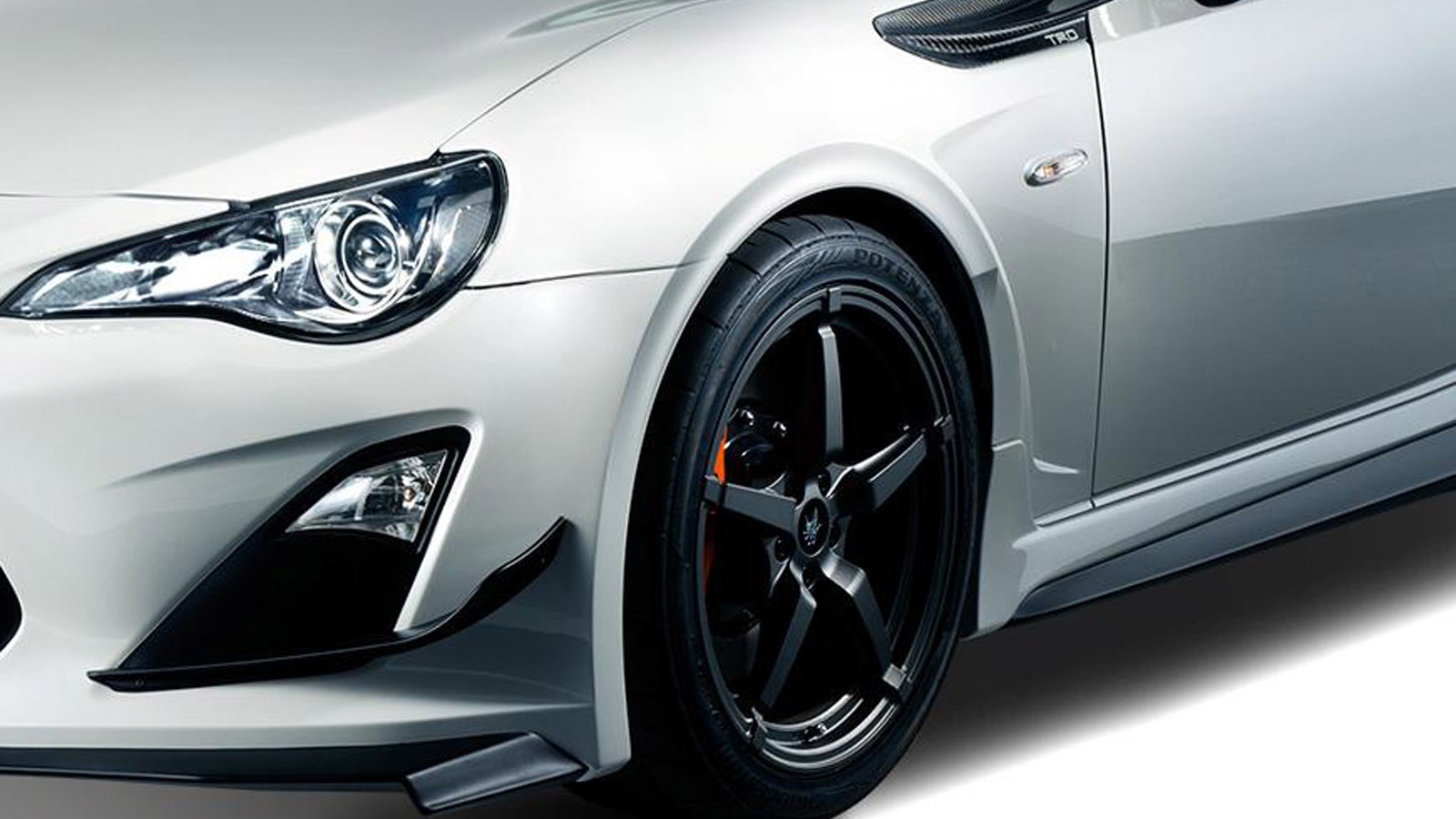 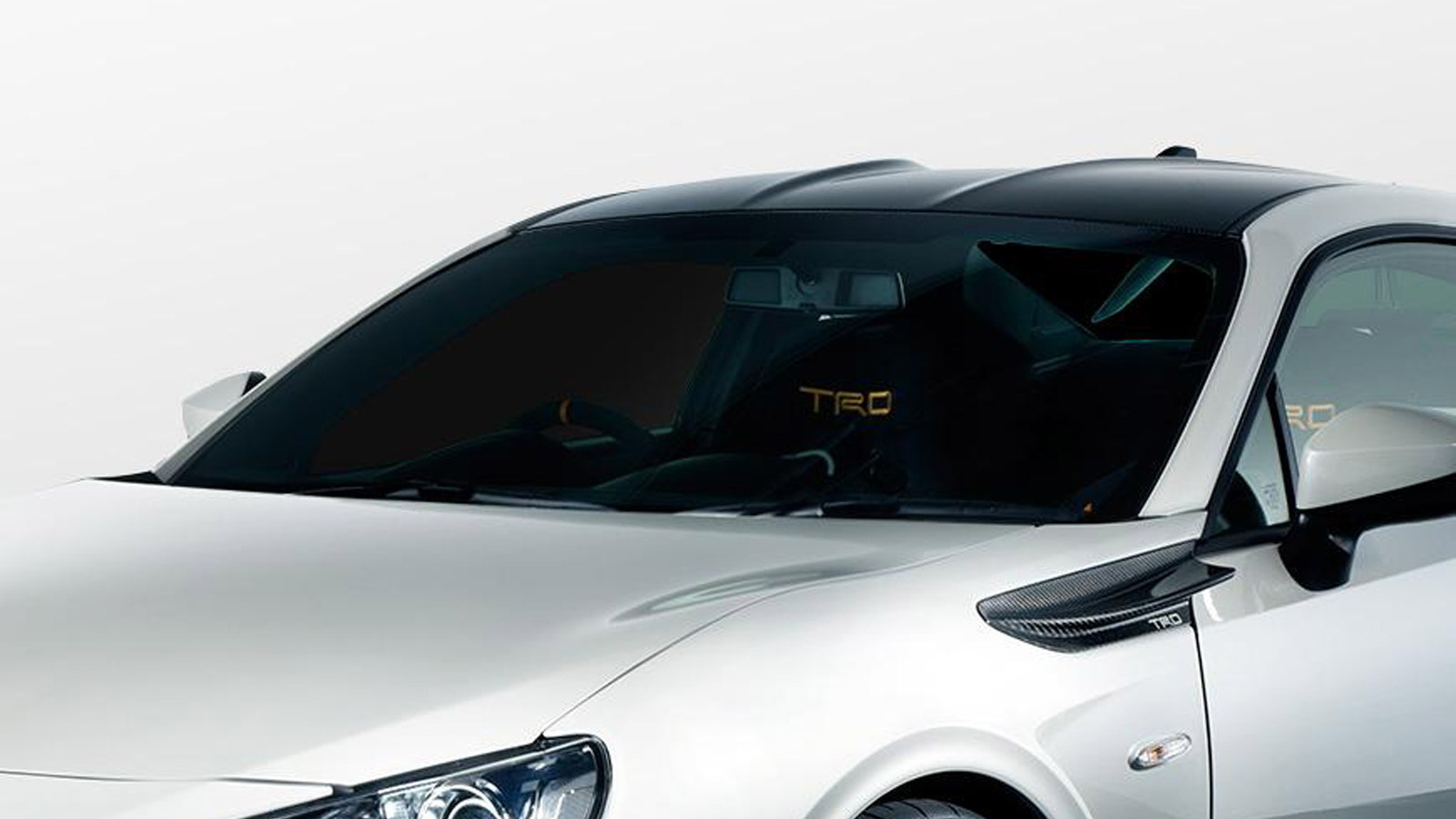 Just over a year ago, Toyota revealed a TRD-enhanced GT 86 (a Scion FR-S for our U.S. readers) concept called the Griffon, which thanks to numerous undisclosed modifications weighed just 2,300 pounds and was capable of lapping a race track faster than a Ferrari 458 Italia. Now the awesome concept has spawned a production model, the 2014 Toyota GT 86 14R60.

Although the original concept has been watered down for the production world, the GT 86 14R60 still has some pretty impressive features. A new body kit has been installed and carbon fiber accents fitted, including a lightweight roof panel. A rear diffuser has been added and atop this is a large carbon fiber wing.

Raw carbon fiber accents can be found in the cabin along with an Alcantara-lined steering wheel and shifter knob and lightweight bucket seats. Contrast orange stitching, TRD-branded sill plates and special floor mats have also been fitted.

There have been some modifications to the powertrain, too; these include an optimized air intake, high-flow air filter, auxiliary oil cooler and a sports exhaust system. Strangely, there’s no extra power on offer, with the car’s 2.0-liter four-cylinder boxer engine still rated at 200 horsepower and 151 pound-feet of torque.

A six-speed manual comes standard on the GT 86 14R60 but the unit has received a lightweight fly wheel, high-performance clutch and quick-throw shifter. Other modifications for the special edition include a strut tower brace at the front, a V-brace in the trunk and adjustable suspension with revised bushings. The brakes have also been upgraded and a limited-slip differential installed.

The GT 86, as well as its Scion and Subaru twins, was always meant to be a blank canvas for owners to customize based on styling and performance preferences. We’re glad to see TRD working alongside tuners to push the performance envelope for these remarkably-capable-yet-still-affordable cars. Sadly, the GT 86 14R60 is only available in Japan, and it's hardly affordable considering its 6,300,000 yen (approximately $58,248) price tag.