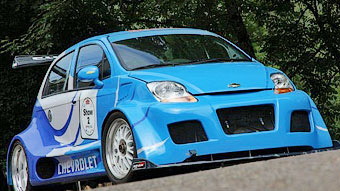 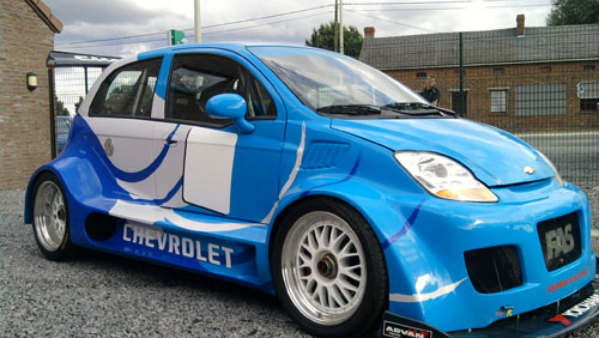 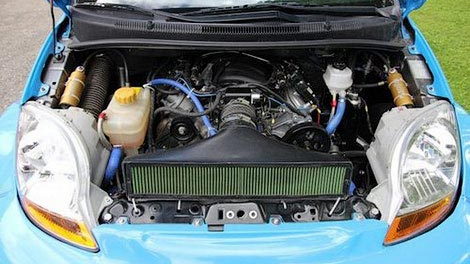 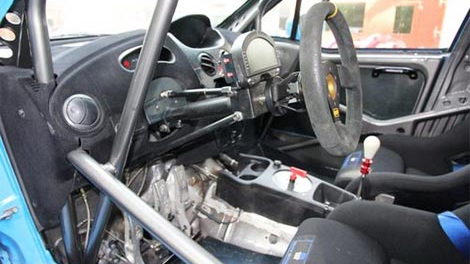 4
photos
Big engine, little car: it's a classic formula. Sometimes it is taken to extremes. Sometimes it's taken to ludicrous extremes. And sometimes, someone shoehorns a 7.0-liter LS7 from a Corvette Z06 into a Chevy Spark.

The car, which appears to also wear extensive track-focused modifications like a widebody kit, cage, wing, and aerodynamic enhancements, was up for sale on Germany's eBay, according to Corvette Blogger, but the sale has since ended--though it doesn't appear to have gone for the 43,000 euro ($55,000) asking price, or at least not through eBay.

Perhaps best of all, the builders at Fourdin Auto Sport somehow managed to fit the brawny 512-horsepower V-8 into the engine compartment...mostly, anyway. To handle the speeds generated by the swap, the brakes and steering have also been borrowed from the Corvette.

Sadly, we don't get to see the LS7 Spark in action beyond some slow-speed cruising through the paddock.

Strictly speaking, however, it's not a Spark but a Matiz, and the last-generation model at that. The Matiz was sold as a Spark in some countries, however, and is the predecessor to the Spark we now get--and which is still called the Matiz in South Korea, where it's sold as a Daewoo.