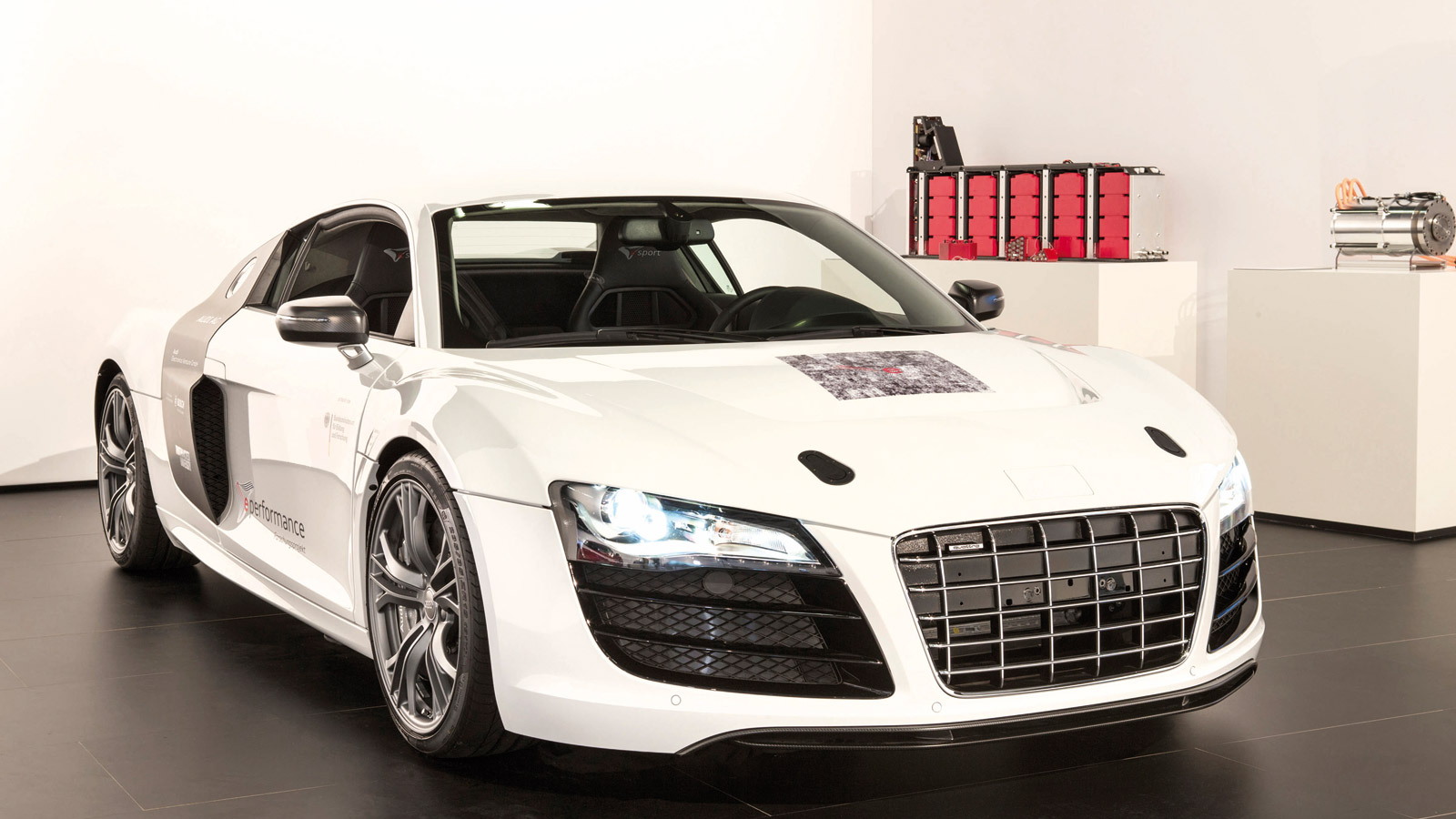 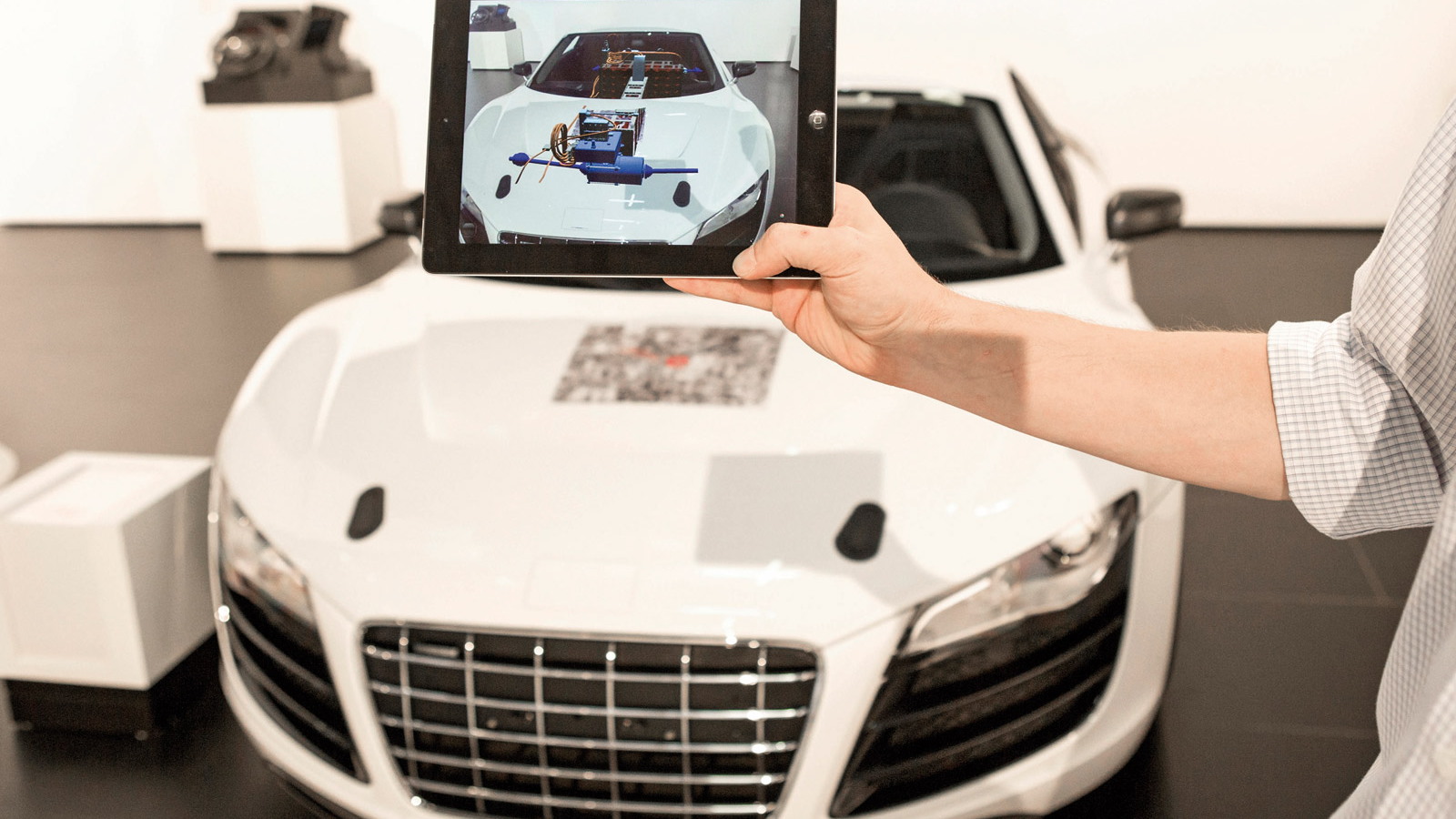 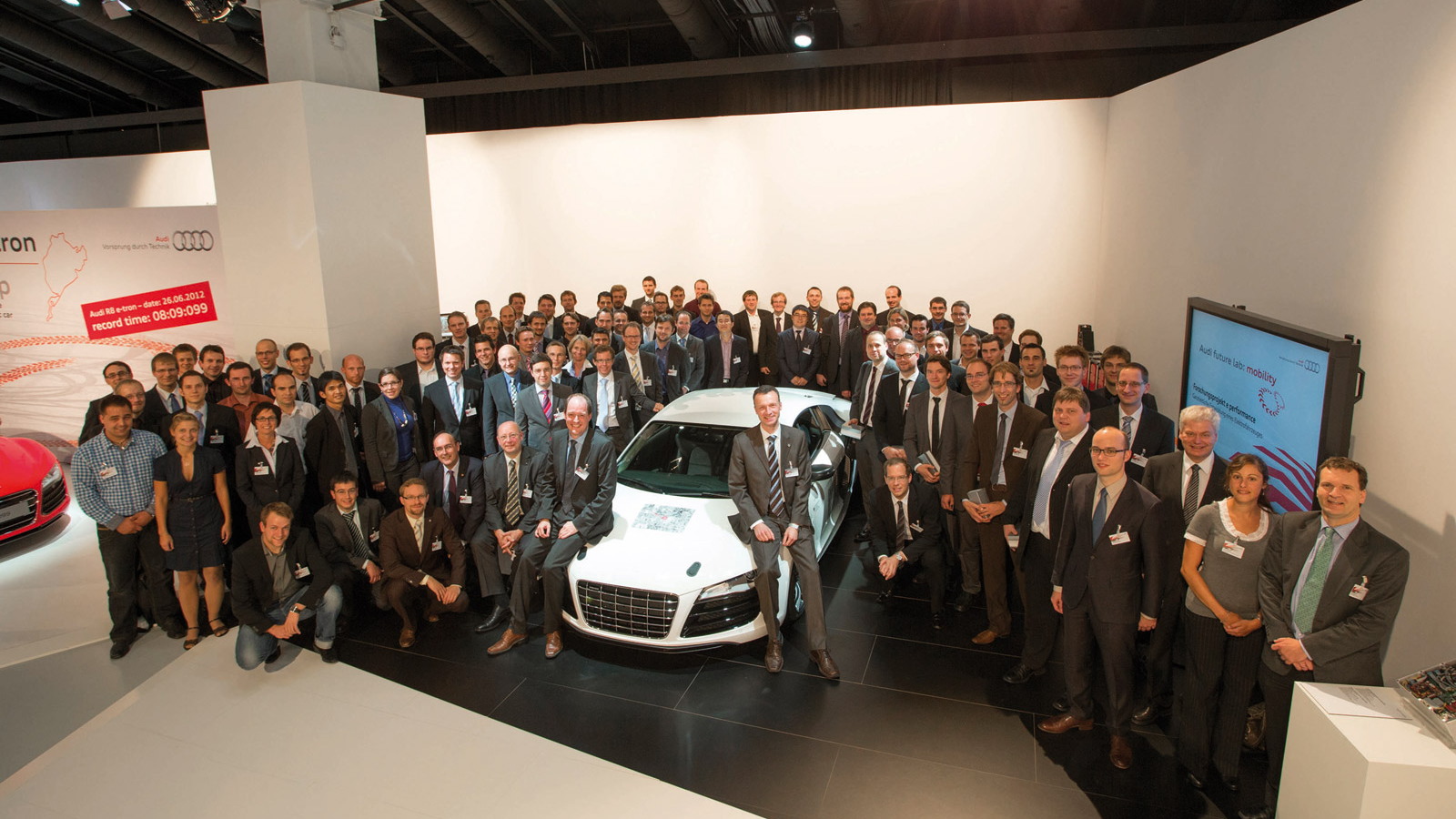 3
photos
Not to be mistaken with the production-destined R8 e-tron electric supercar we’ve been reporting on for the past couple of years, Audi has been testing a unique R8 prototype fitted with what the company describes as a modular electric car platform. The prototype is labeled the F12 e Sport, and now, after three years of development, the research is complete.

The goal of researchers was to develop an adaptable architecture for electric cars, which was flexible enough to be installed in various vehicles types and could also feature plug-in hybrid capability. Audi hasn’t said whether such a system will be used in its upcoming range of e-tron electric cars but it’s likely some of the findings will influence the design of any Audi bearing an e-tron badge.

The project team broke the concept down into a dozen work packages, from the energy storage system to the control concept to dynamic stability control. In the initial phases, the participants worked mostly with advanced simulation tools, then they built submodules and finally a driveable car: the F12 e Sport.

One of the main areas of research was the battery system. The unit in the F12 e Sport is a lithium-ion array made up of 200 individual cells and rated at a combined 38 kWH. The unit in the R8 e-tron has a 49 kWh rating.

Inside the vehicle, the driver controls basic drive functions--Park, Reverse, Neutral and Drive--by operating buttons on the center tunnel. All other operations are controlled via a tablet computer that can be removed from the center console. A user-programmable instrument cluster presents all key information in high resolution. Note, the F12 e Sport and its tablet-controlled interior was incorrectly thought previously to be a completed R8 e-tron.

So what findings did researchers come away with? Numerous innovations were thought up that should prove beneficial to future electric cars from Audi. Some included shaping the individual battery cells so they could shift relative to one another for added safety in the event of an accident, installing cast aluminum sections in the battery system to absorb a majority of crash energy, installing a heat pump for the thermal management of the drive system and the interior, and using carbon fiber for much of the construction to reduce weight.