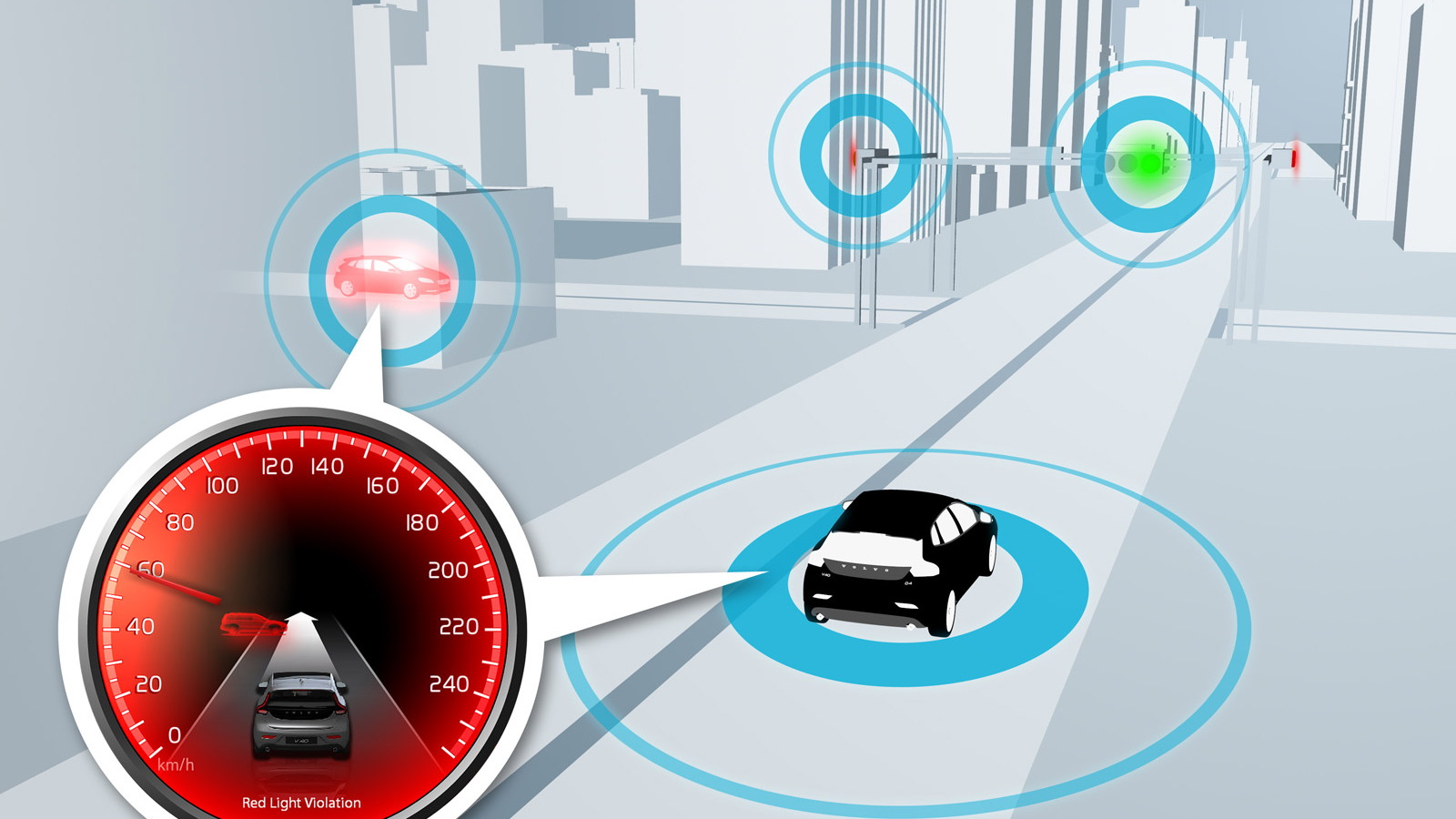 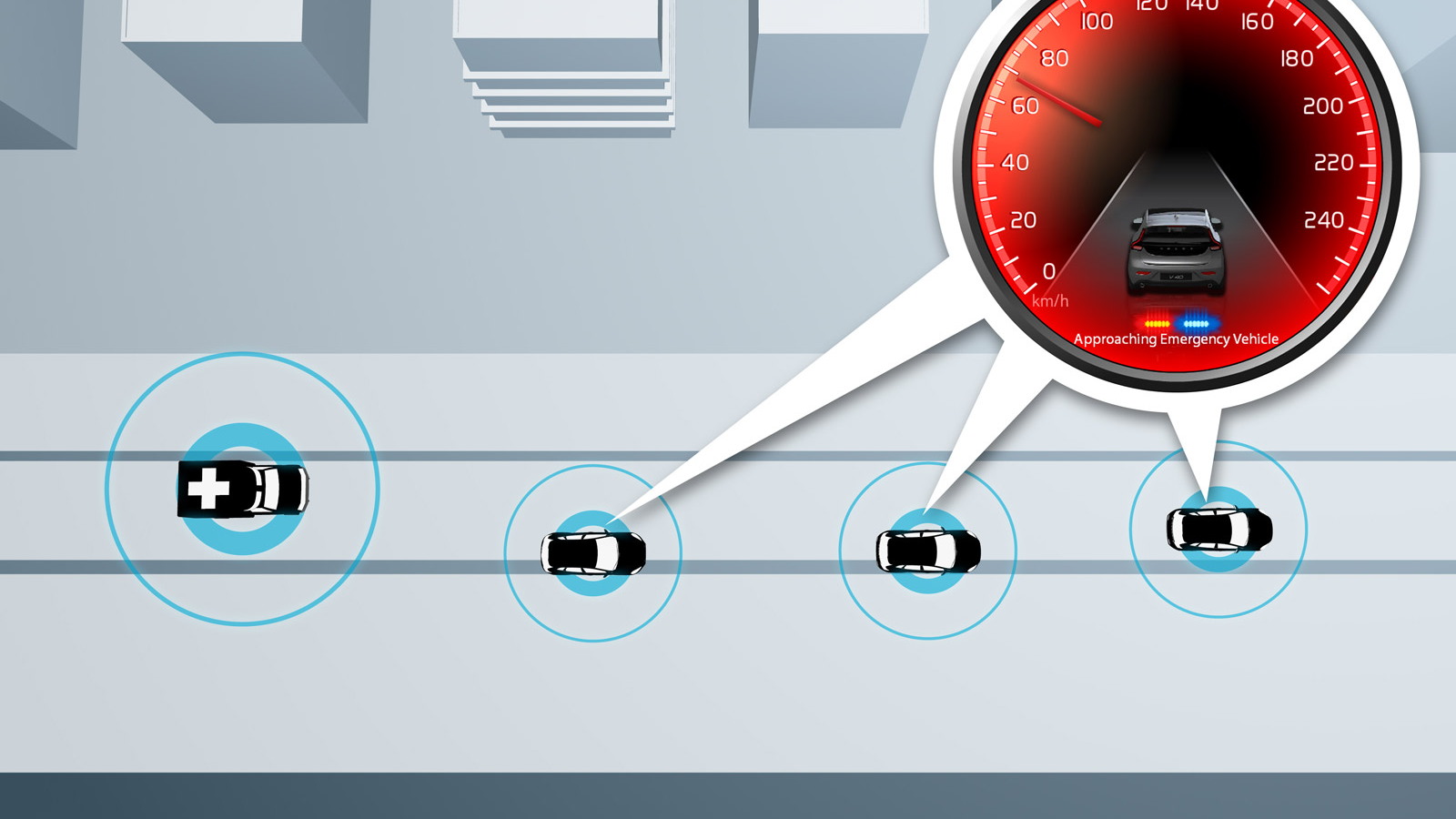 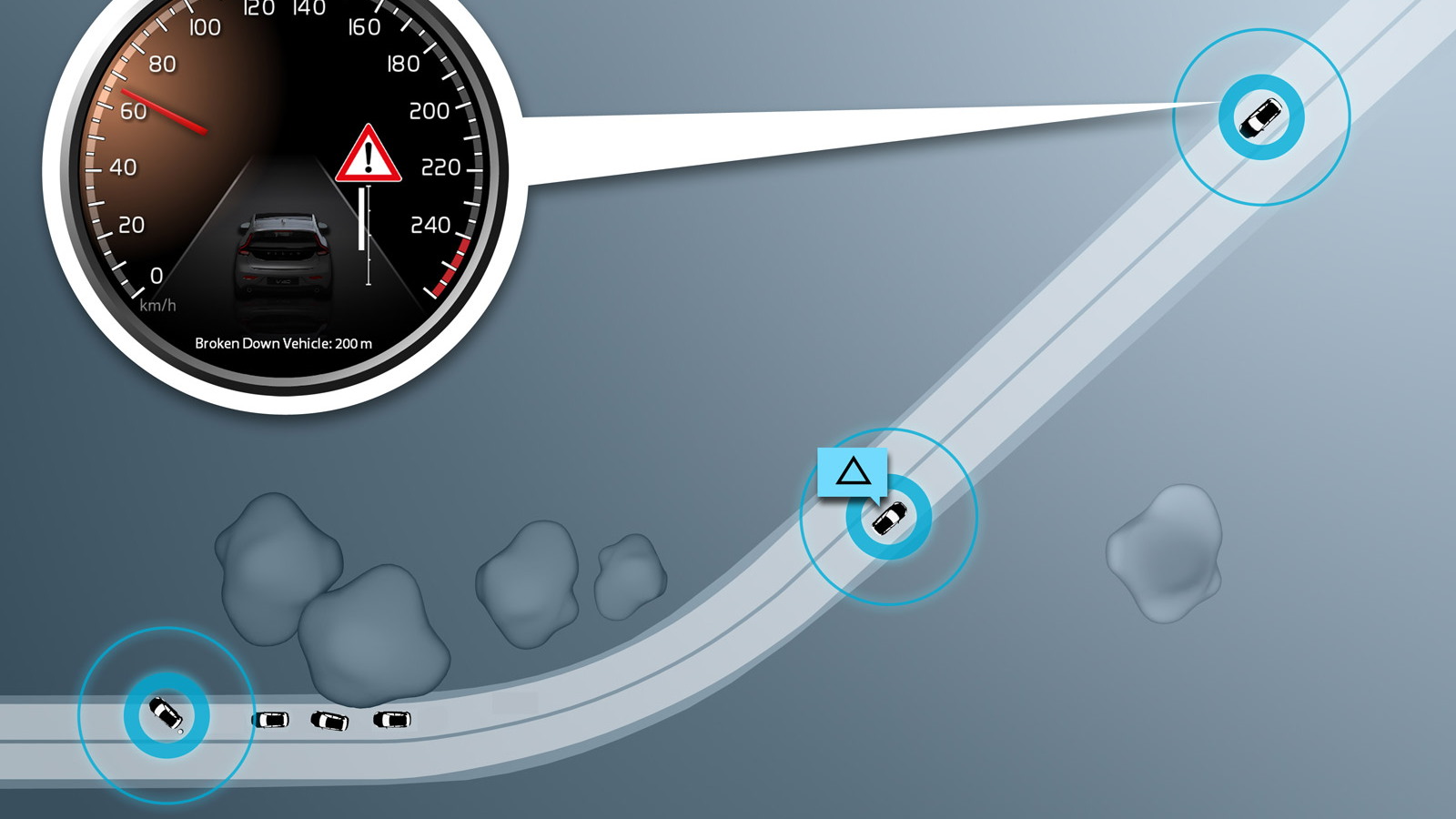 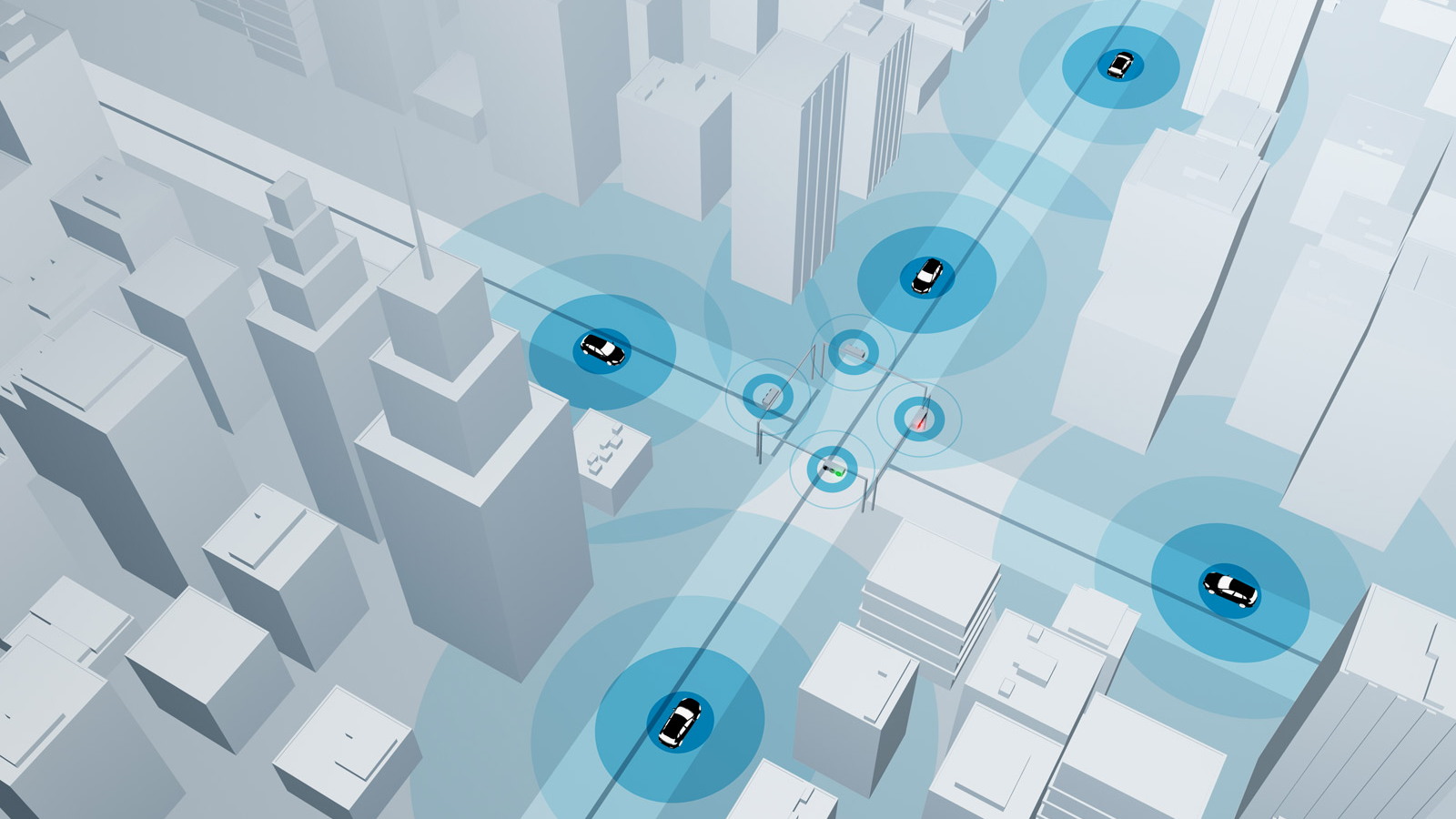 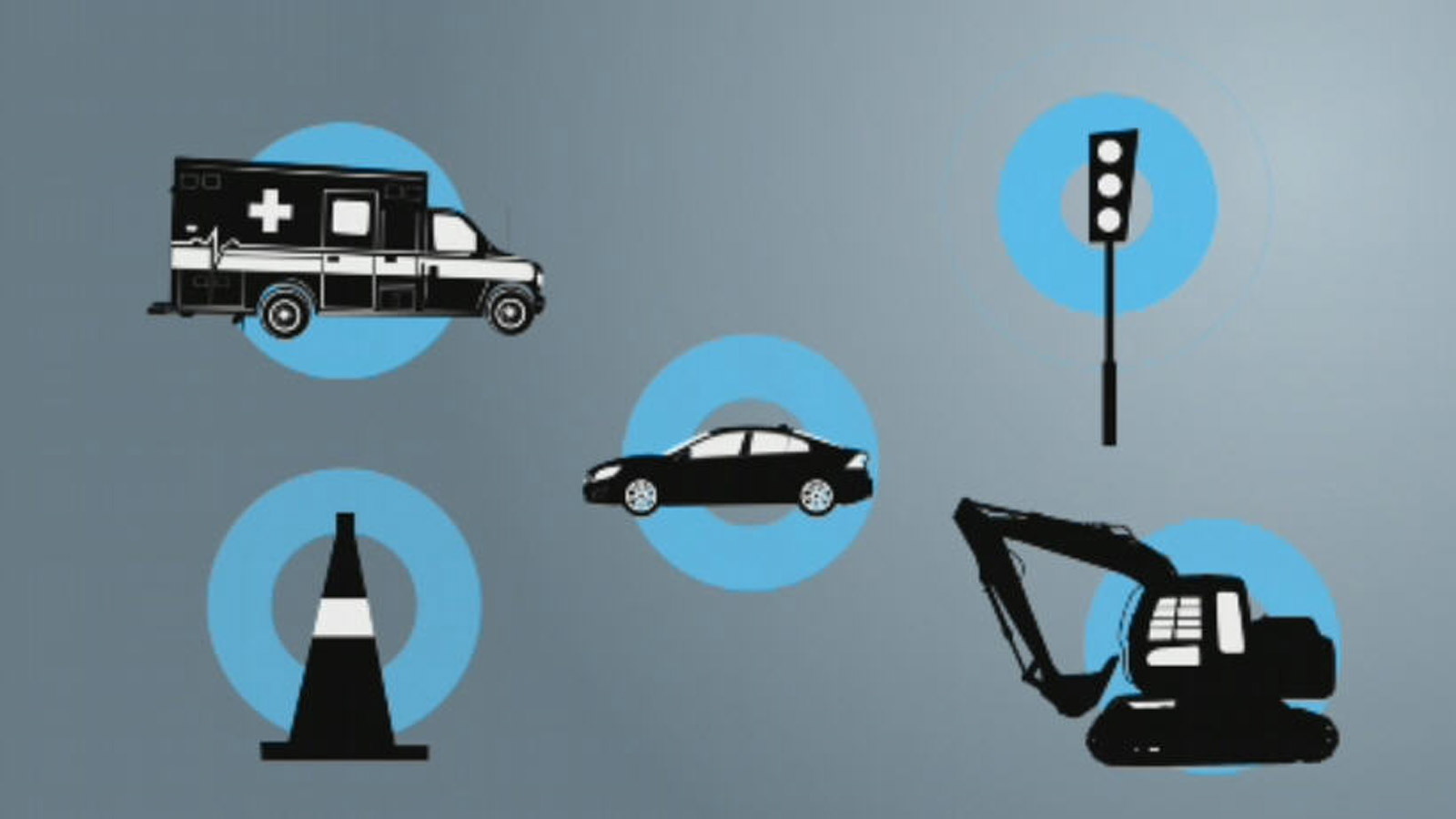 5
photos
Earlier this month Volvo signed a Memorandum of Understanding with fellow members of the CAR 2 CAR Communication Consortium being run in Europe, helping pave the way for the implementation of Car-2-Car and Car-2-Object communication technology in its cars. By enabling vehicles to communicate with one another, and their surrounding environment, it is hoped that key information can be shared in order to create a safer and more comfortable drive.

The aim of the CAR 2 CAR initiative is to come to an agreement on standards and shared technology for communication between cars and roadside infrastructure by 2016. While CAR 2 CAR is based in Europe, similar initiatives are being run elsewhere, including the Connected Vehicle Safety Pilot Model Deployment Program in the U.S.

The technology relies on GPS systems and a dedicated wireless network, which CAR 2 CAR has already been able to acquire a separate frequency for. Cars within a given radius would be automatically linked together and then able to exchange information about parameters such as their respective position, speed and direction. The installation of transmitters in the road infrastructure, such as road signs and traffic lights, would further extend the network.

But how would this network of information help create safer and less congested roads?

Volvo has come out with a list of some of the potential benefits. There are as follows:

Green Light Optimum Speed Advisory
This is one of the most basic systems. Essentially, information from the traffic light can be sent to a vehicle advising its driver the optimum speed to maintain in order to pass through a succession of green lights, thus avoiding unnecessary braking for red. At red lights, the driver can also receive information about how long it will be before the light turns green.

Emergency Vehicle Warning
This system would alert drivers of a nearby emergency vehicle, allowing them to move into a slower lane or pull over in order to free up space for the emergency vehicle well in advance.

Road Works Warning
Similar to the Emergency Vehicle Warning, construction vehicles and heavy equipment can transmit information to drivers approaching the area where there may be people working on the road. Information such as changed speed limits or altered routes could then be provided.

Slow Vehicle Warning
Slow or broken-down vehicles in the roadway could simply transmit a warning to other road users.

Traffic Jam Or Accident Ahead Warning
Alerts the driver to traffic stops, long queues or accidents. This system is especially useful where the road blockage could be over the crest of a hill, in heavy fog or around a blind corner.

In-Vehicle Signage
How many times have you been driving on unfamiliar roads and clueless about the speed limit because of a lack of signage? Road sign information such as speed limits, upcoming highway exits or school zones can be relayed to the driver without the need to actually view a physical sign.

Motorcycle Approaching Indication
Motorcycle rides are among the most vulnerable road users and in order to improve the safety for riders, systems could be in place to inform drivers if there is a motorcycle nearby. The same technology could also be used to alert drivers of cyclists and pedestrians by detecting their smartphones.

Red Light Violation Warning
Traffic lights that communicate with cars make it possible to alert a driver if a car in cross traffic is about to run a red light based on its current speed and position. Though an accident may not be avoidable in this case, it could allow a driver to minimize the severity of a crash by providing some warning.

There is one other very important case for Car-2-Car and Car-2-Object communication technology, and that is for the eventual implementation of partial and full autonomous systems in cars. While all of the systems mentioned by Volvo still rely on driver intervention, the same communication technology could help autonomous systems too, such as, in the case of a driver failing to notice a red light or pedestrian, where the brakes can be applied automatically or a vehicle steered around an object. Of course, once the infrastructure is established, such technology would also make it easier for arrival of fully autonomous systems in cars.