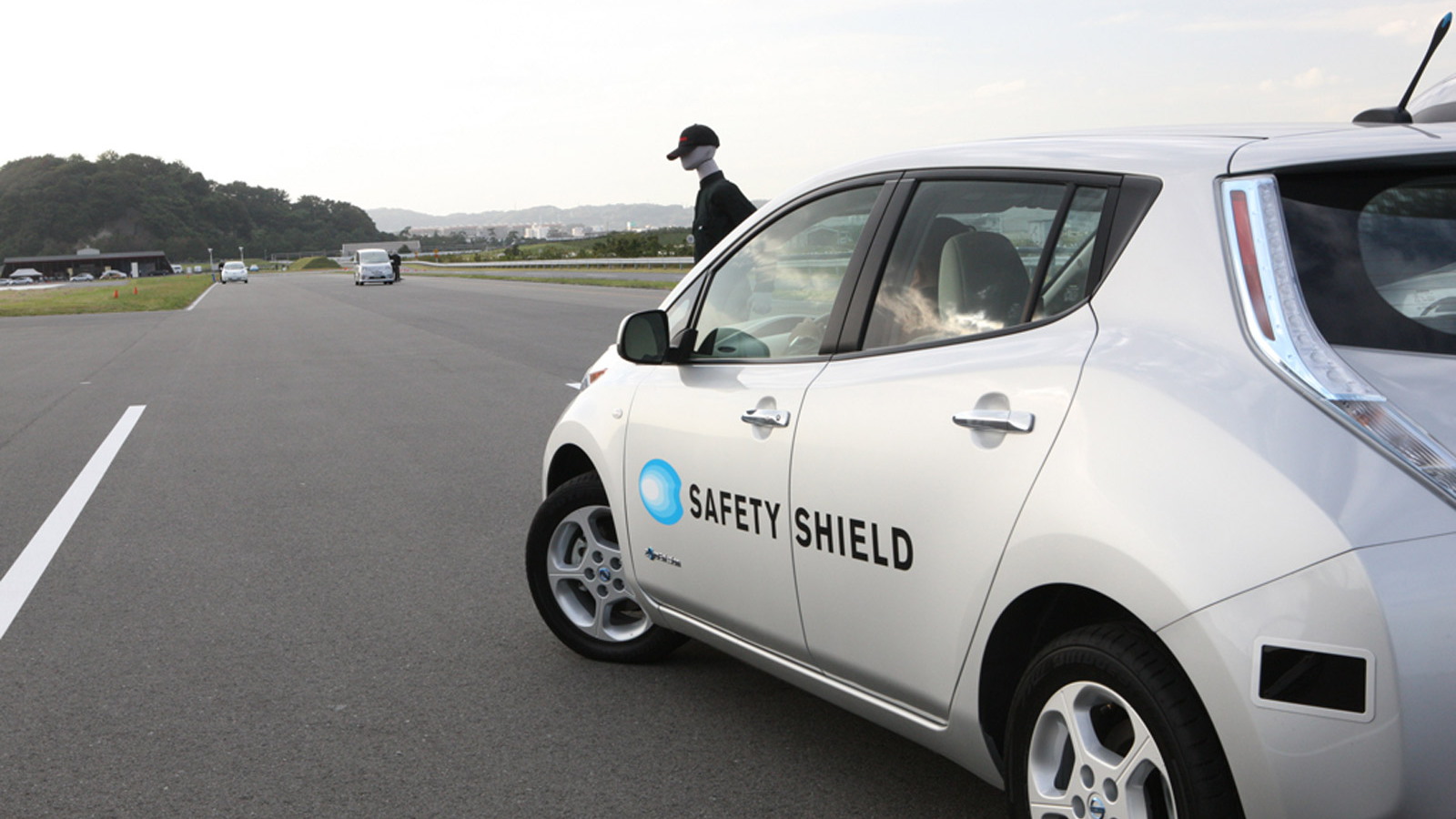 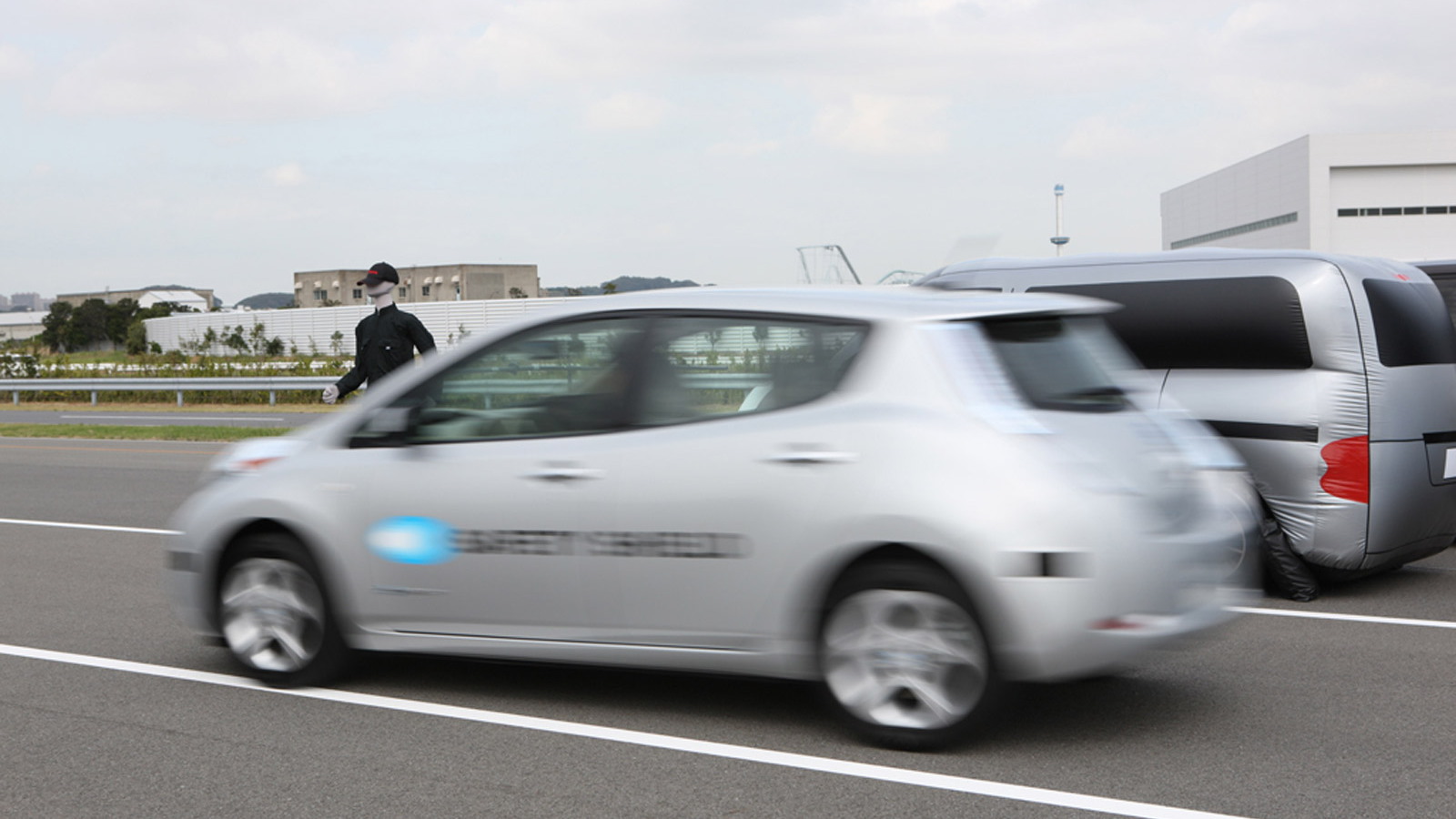 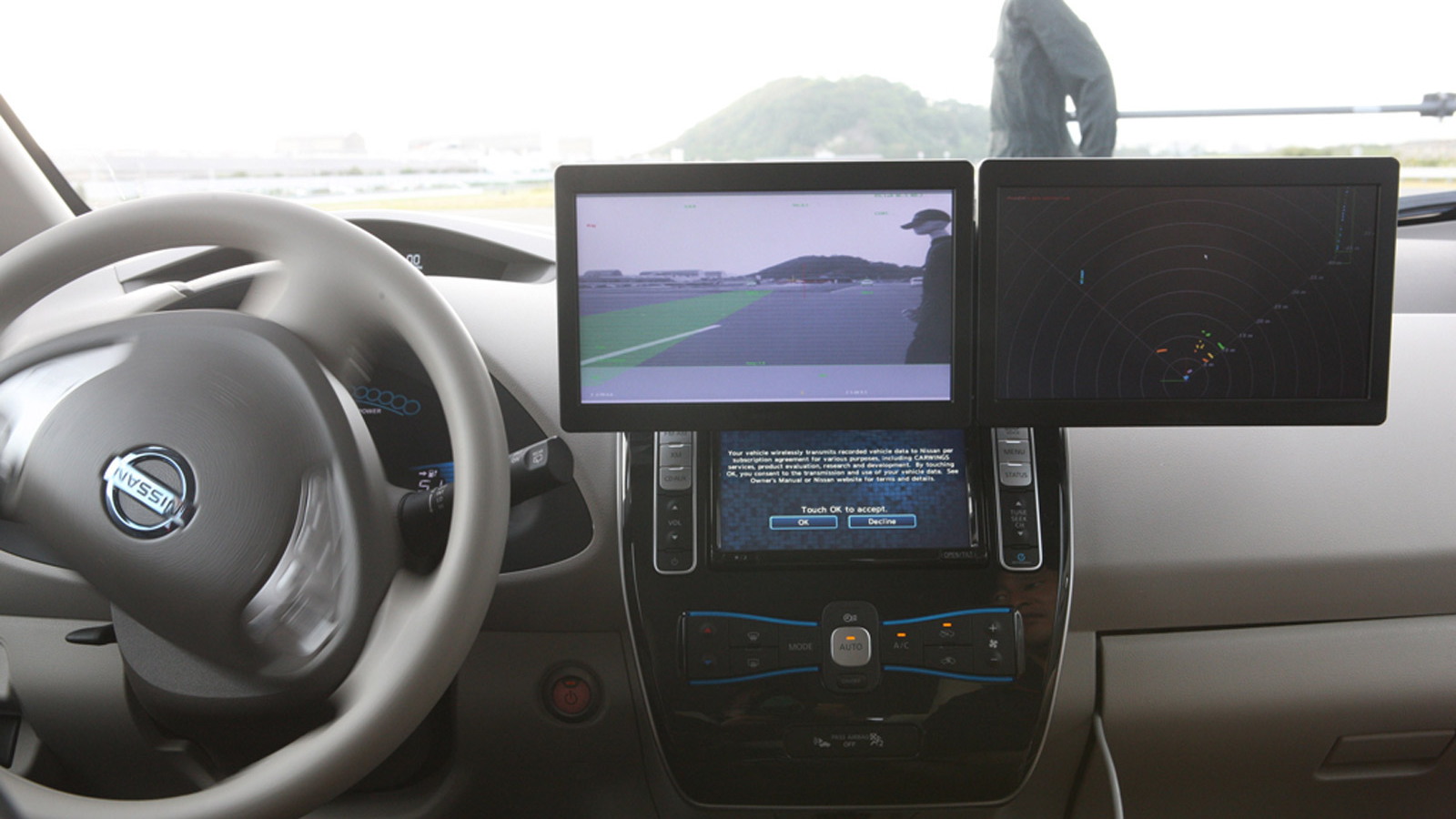 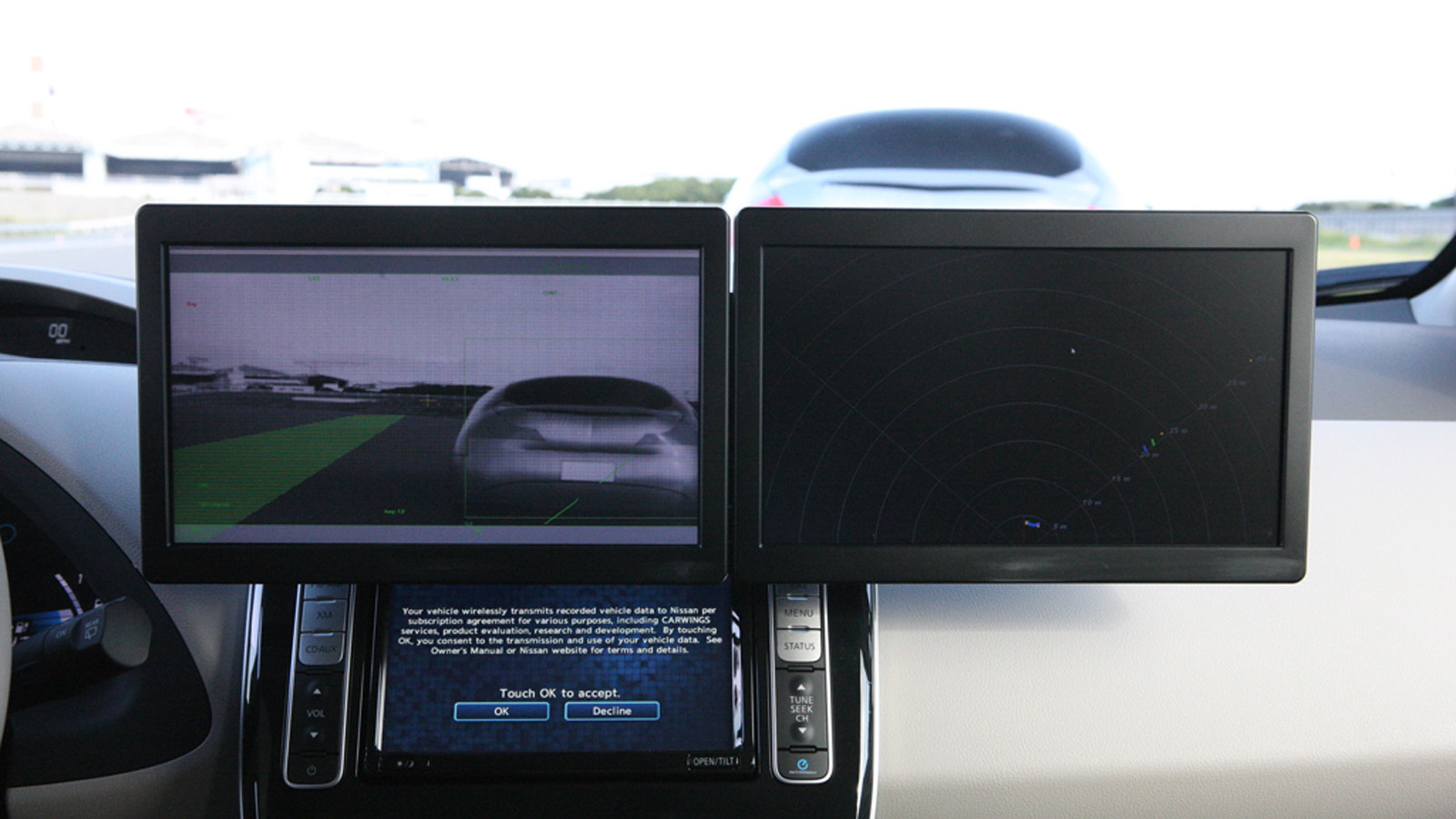 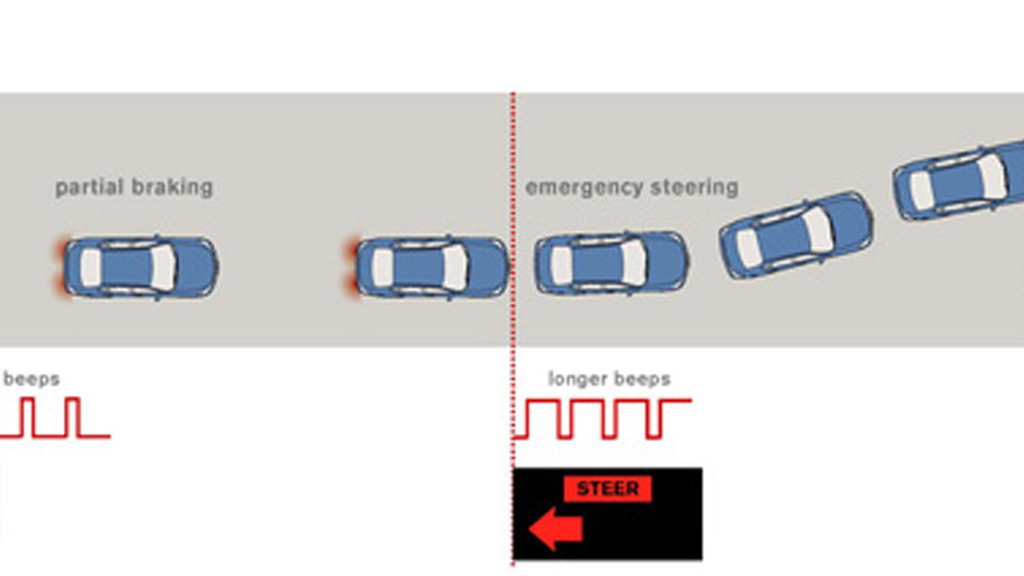 5
photos
A few weeks ago Nissan revealed a special Leaf prototype, which was able to park itself, sans driver, thanks to Nissan’s own autonomous driving system. It turns out this was just a teaser for more comprehensive autonomous driving technology from the Japanese automaker, which it plans to start implementing in its production models in the near future.

During a visit to Nissan’s technical center in Oppama, Japan, we were able to experience firsthand one of the automaker’s upcoming autonomous features in action. Dubbed “Autonomous Emergency Steering System,” the new system is designed to help avoid vehicle accidents by applying automatic braking and automatic steering in situations where a collision is imminent and simply applying the brakes may not be affective.

The two situations Nissan demonstrated included a pedestrian suddenly stepping out on the road and a driver failing to notice an obstacle ahead. As the video shows, the prototype Leaf fitted with Nissan’s Autonomous Emergency Steering System safely avoids a potential accident in both instances.

Note, the system is advanced enough to integrate existing road rules into its logic, so it won’t simply swerve into oncoming traffic or an adjacent vehicle when reacting. One of its primary goals is to minimize damage while averting greater damage; if the only escape route would be into oncoming traffic, for instance, the system will keep the car in its current lane, even if that requires a collision, which it will still attempt to minimize.

Additionally, the system is designed to warn the driver first, and only react at the last possible moment so as not to interfere with the driver's intention, until it's clear that an accident is otherwise imminent. You’ll notice that it gives off several audible warning beeps moments before it actually spurs into action.

To achieve all of this, the system relies on a multitude of high-precision sensors around the car including front-mounted radar and camera systems, two left and right rear radars, and five laser scanners.

Nissan says it plans to implement some of the technology in its cars very soon, initially the emergency braking feature and the autonomous steering perhaps three to five years down the track. One major concern remains, however, and that is who’s liable should an autonomously controlled car hit another vehicle.

Note, as part of its wide-reaching Vision Zero safety goal to eventually eliminate fatalities and serious injuries in its cars, Nissan is working on several other important safety technologies. One of these is an Emergency Assist for Pedal Misapplication, which can detect whether a driver has hit the gas pedal instead of the brake by monitoring the vehicle’s surroundings and determining whether or not it is safe to accelerate. Another is a steer-by-wire feature (with a mechanical backup) that Nissan plans to implement in its vehicles from next year onwards in order to improve steering accuracy and speed.