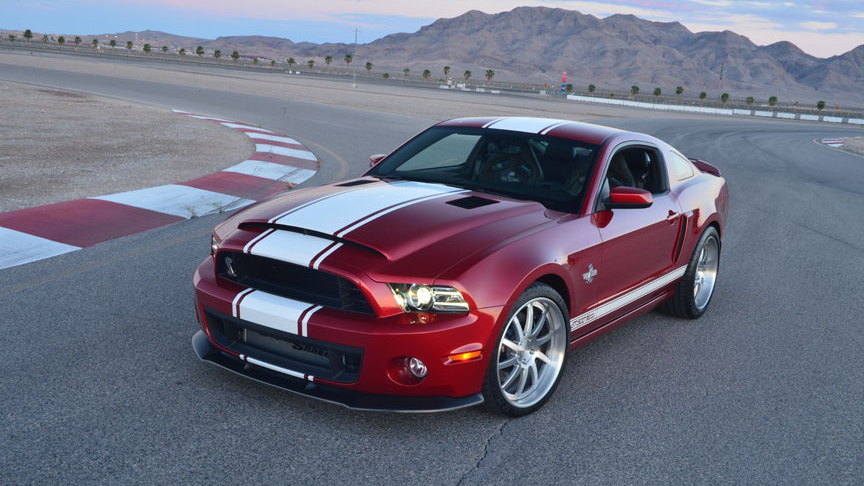 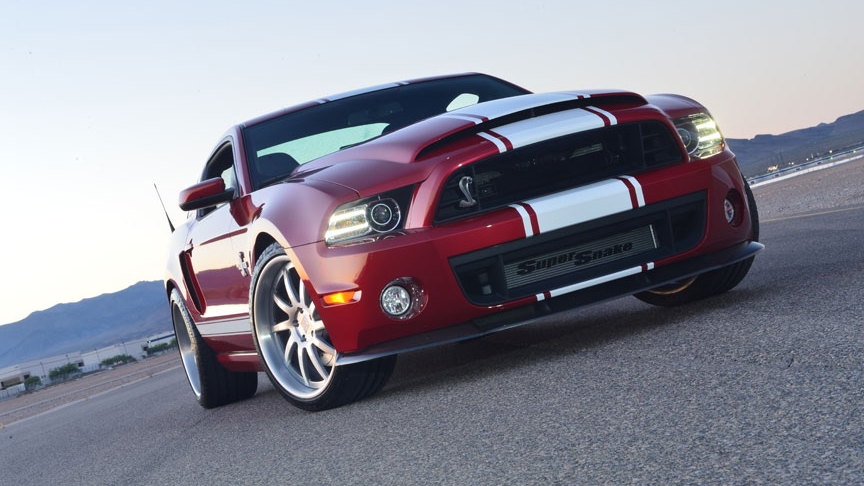 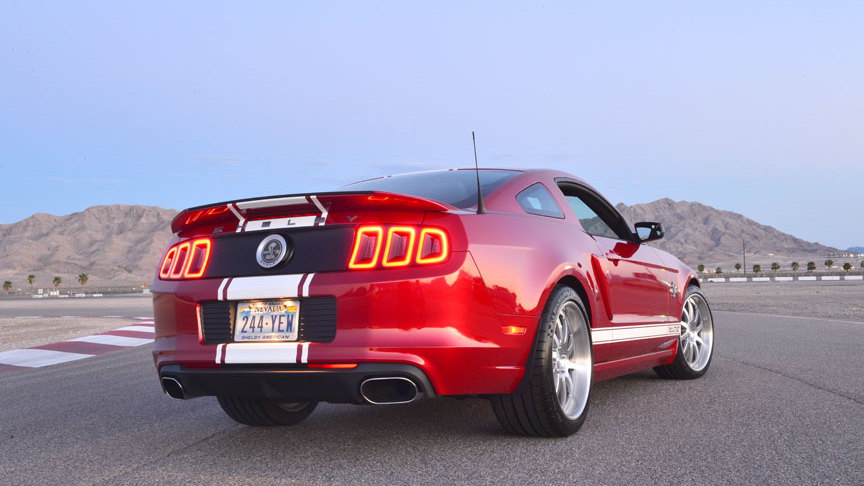 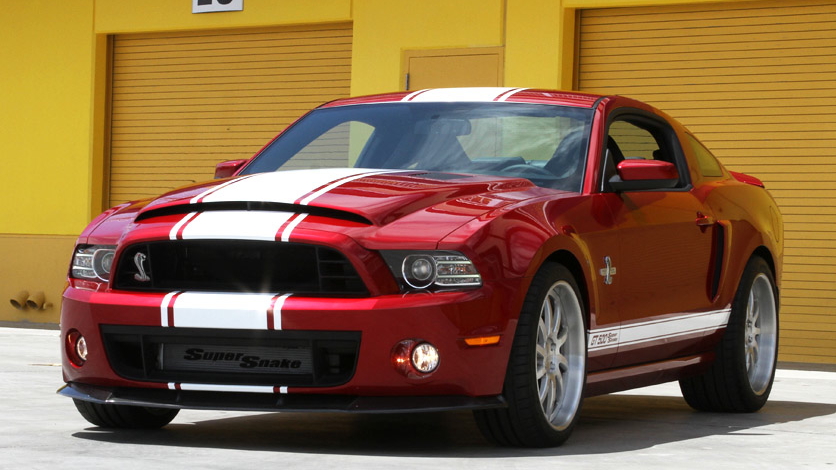 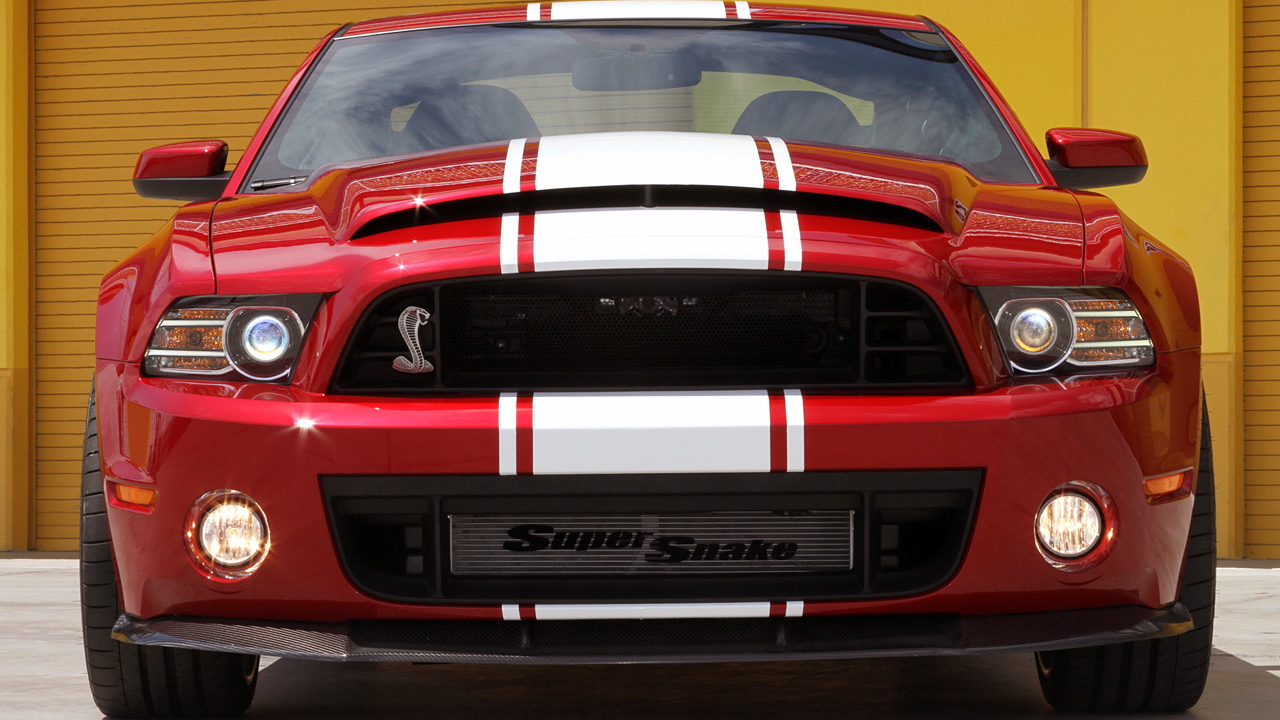 8
photos
Shelby American showed off its 2013 GT500 Super Snake at the Pebble Beach Concours d’Elegance, but details on its latest Mustang-based supercar were harder to come by than reasonably-priced hotel rooms.

Now, thanks to Mustangs Daily, we have all we need to know about Shelby’s latest effort, which starts life as a Ford-dealer delivered Shelby GT500. Buyers then choose from Satin Black or Gloss White stripes, as well as silver and blue stripes on a limited number of base colors. Wheels come in either Satin Black or Bright Silver Metallic.

The basic Super Snake package bumps output to 662 horsepower and 631 pound-feet of torque. Critics will cry “foul,” since that’s the same amount of horsepower the car left Ford with, but trust us on this - it’s more than enough. If you’re a numbers-on-paper guy, supercharger kits are available to boost output to 850 horsepower.

In addition to more horsepower and two-tone leather seats, a “wide body” kit (as seen on the Carroll Shelby tribute Mustang) is available for the 2013 model year. Pricing starts at $28,995 (plus your donor 2013 Shelby GT500) for base models, climbing to $39,995 (plus donor car) for an 850 horsepower version before you add any other options.

Only 500 will be built in total, and since this is the last GT500 that Carroll Shelby himself had a hand in designing, we’re pretty sure they won’t last long. If you want one of your own, head on over to Shelby American for complete details.