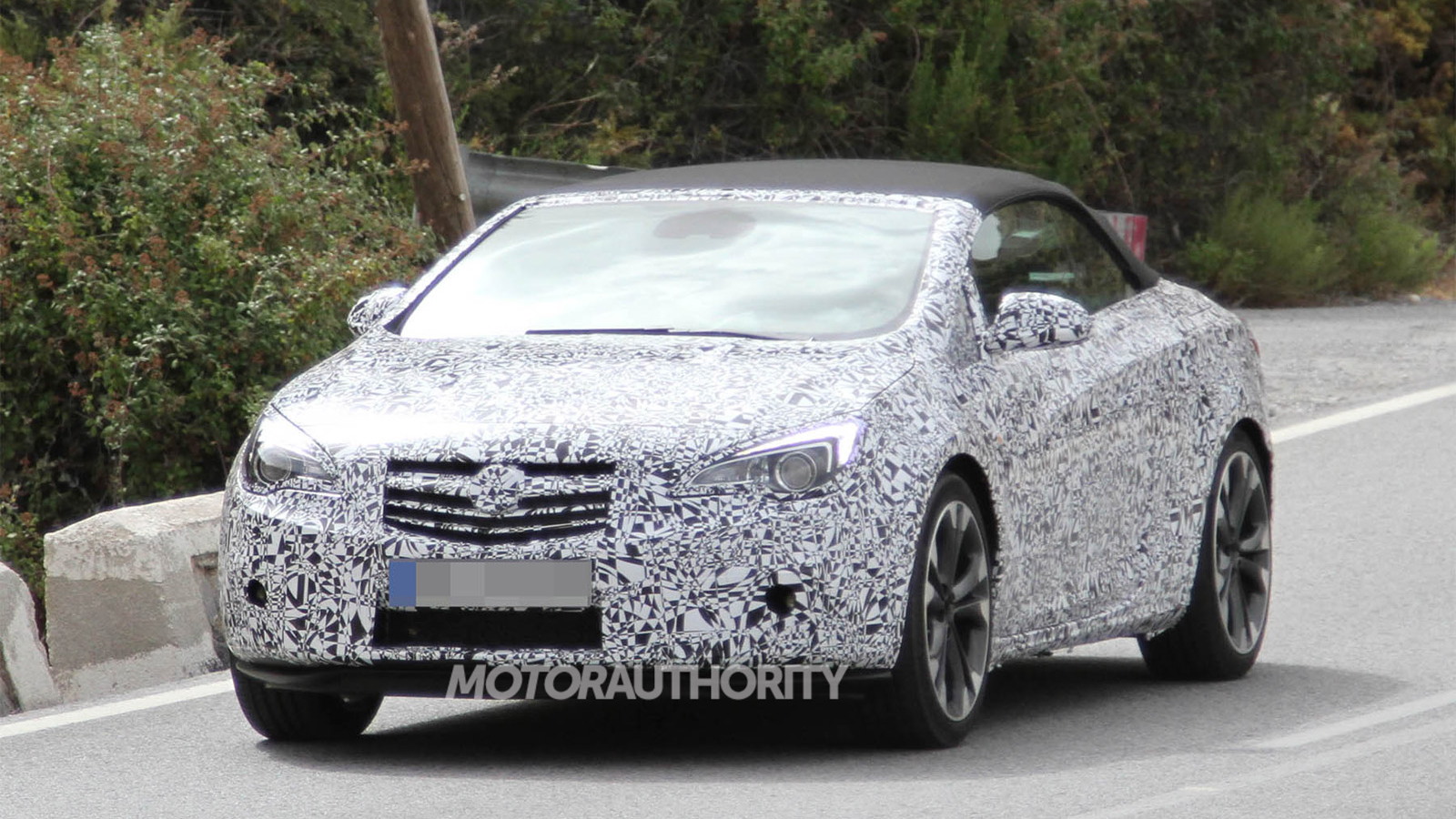 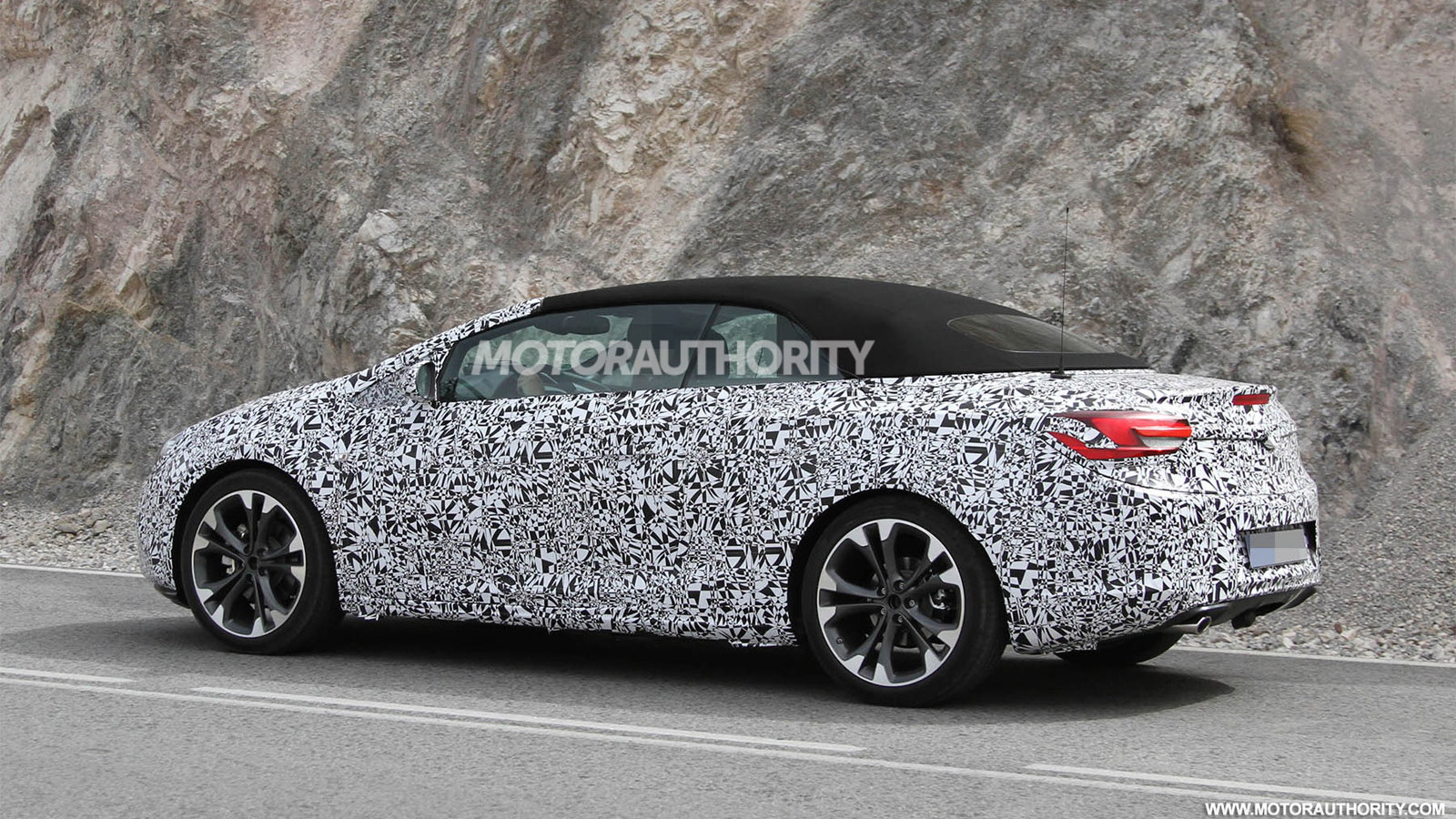 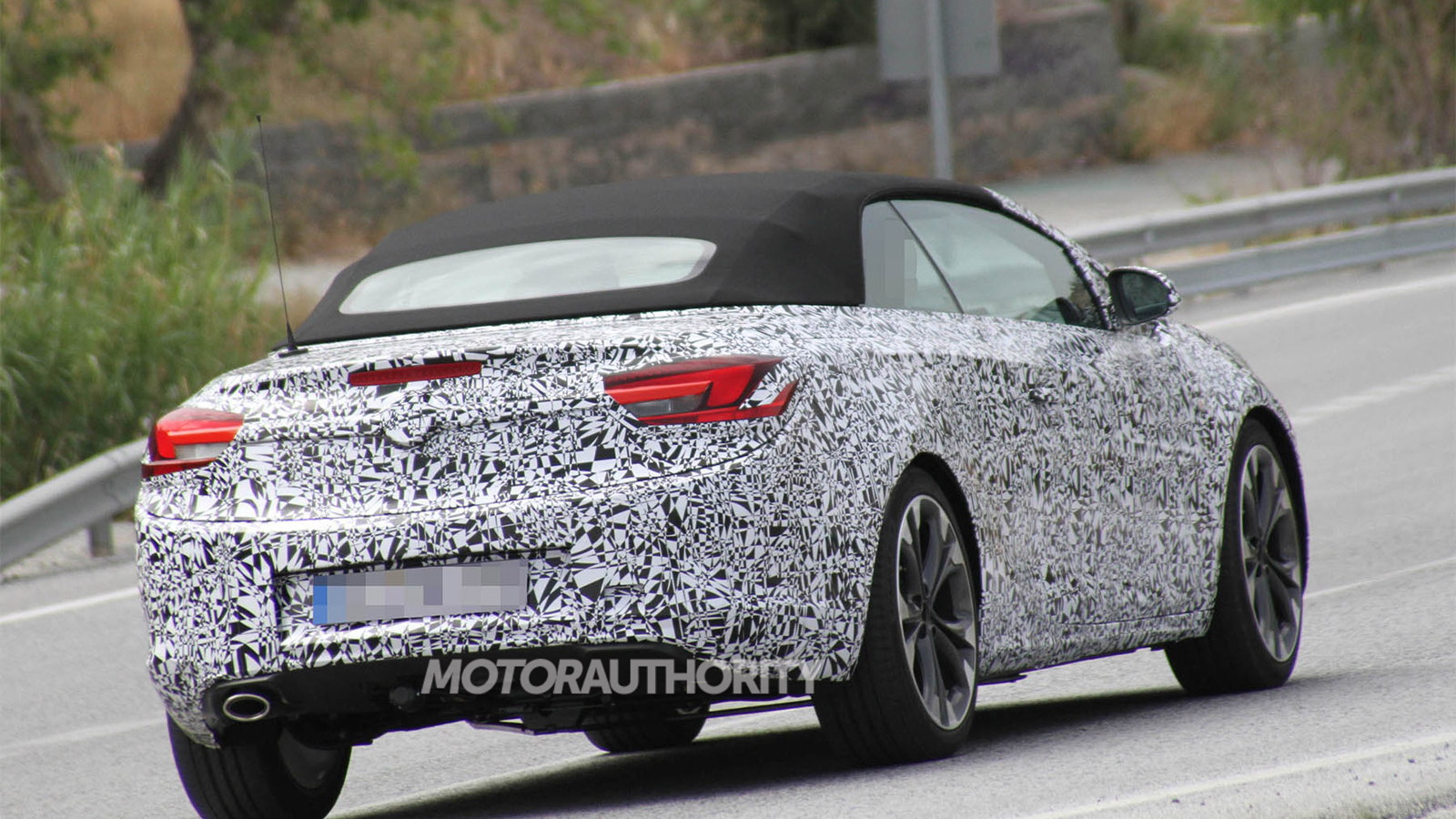 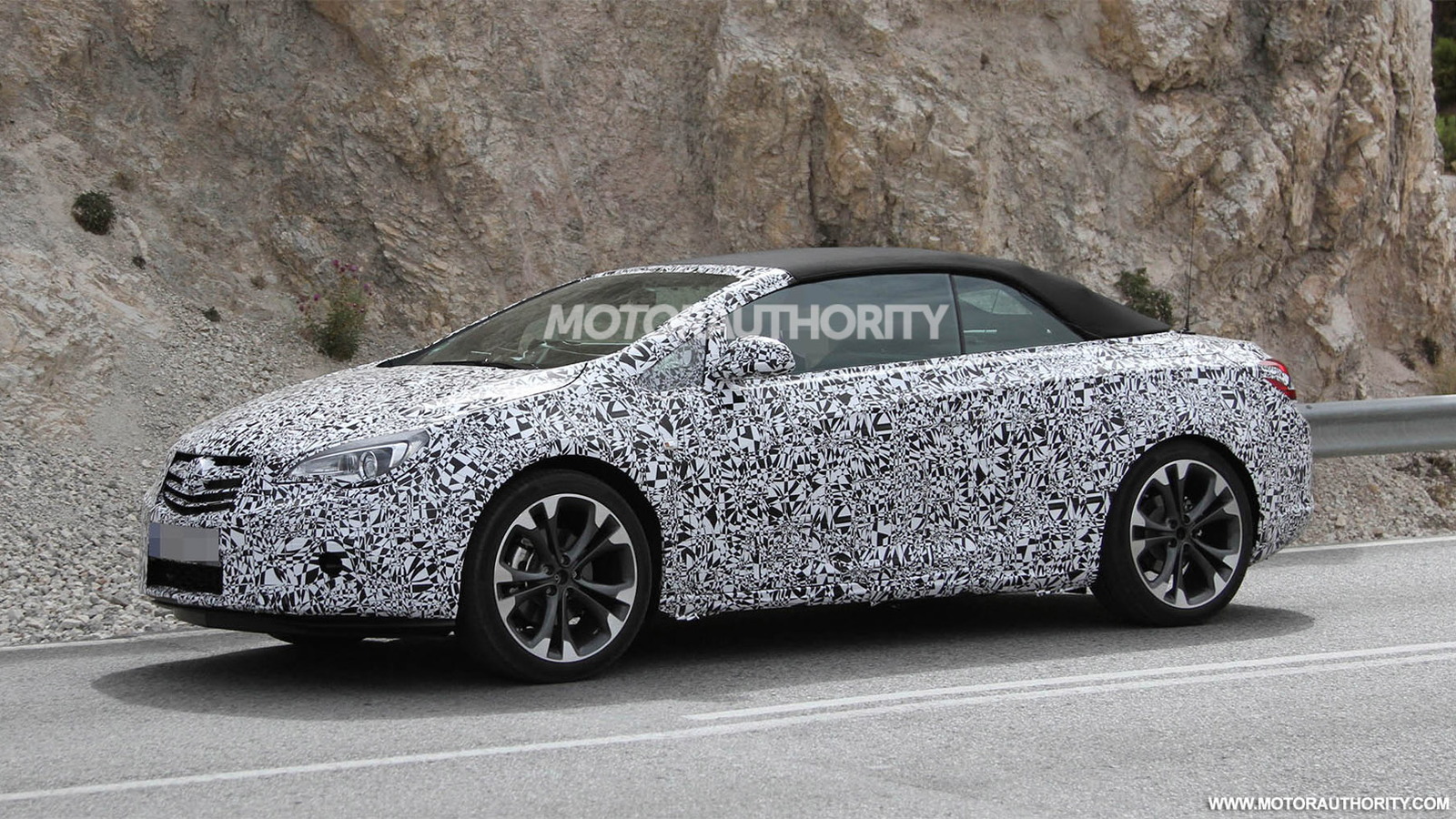 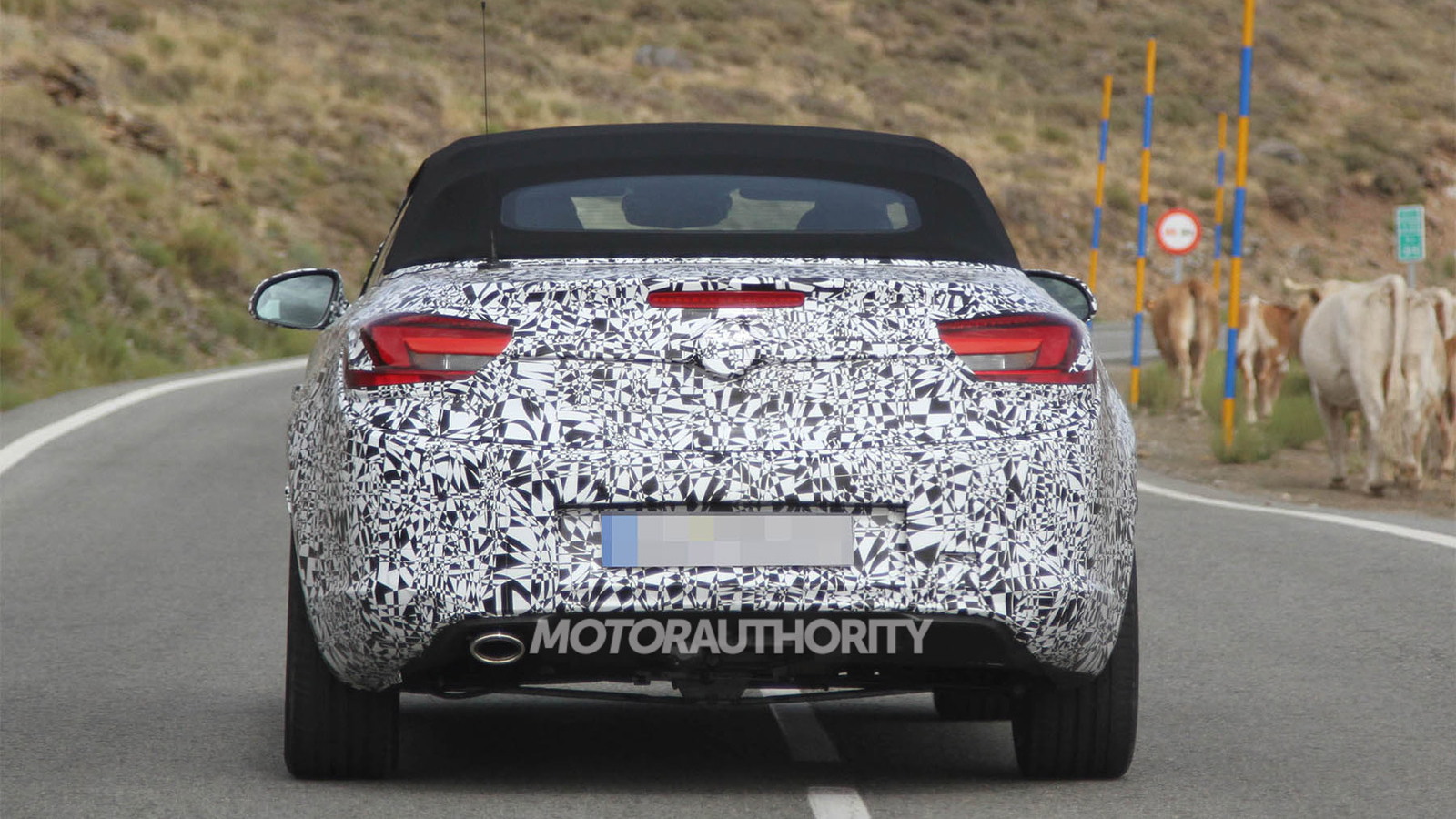 19
photos
GM’s European division Opel is working on a new convertible version of its popular Astra compact, a prototype of which has been spotted in Southern Spain looking almost production ready. Opel has already released a teaser image of the new car, which is expected to make its official world debut next month at the 2012 Paris Auto Show, and by the looks of the prototype in this spy video it’s set to be one of the best looking cars at the event.

Appearing much sportier than the regular Astra range, with which it shares its Delta II platform, the same front-wheel drive platform, in fact, that underpins cars like Chevrolet Cruze and Volt, as well as the Buick Verano, the new Astra Cabrio features unique bumper designs, a two-door body and new lights.

Additionally, in line with its premium positioning, the Astra Cabrio is tipped to feature a sophisticated front suspension borrowed from the 325-horsepower Insignia OPC, featuring Opel’s HiPerStrut (High Performance Strut) as well as a Watt’s link rear axle.

Power will likely come from a range of four-cylinder gasoline and diesel engines, but sadly a high-performance OPC model is unlikely to be produced. This means that the most powerful model is likely to feature a 180-horsepower turbocharged 1.6-liter engine.

Unlike the previous Astra TwinTop (the convertible version of the previous-generation Astra), the new model will forgo a complex folding hard-top design in favor of a conventional soft-top, helping to save weight and production costs. A four-seat layout will remain, however.

The new Astra Cabrio will go on sale in Europe later this year and with any luck, assuming Opel escapes its current troubles, the car may reach the U.S. wearing a Buick badge. Though it’s yet to be confirmed for local sale, there have been reports that it, along with the recently revealed Astra GTC, could eventually make its way across the Atlantic and into Buick showrooms.