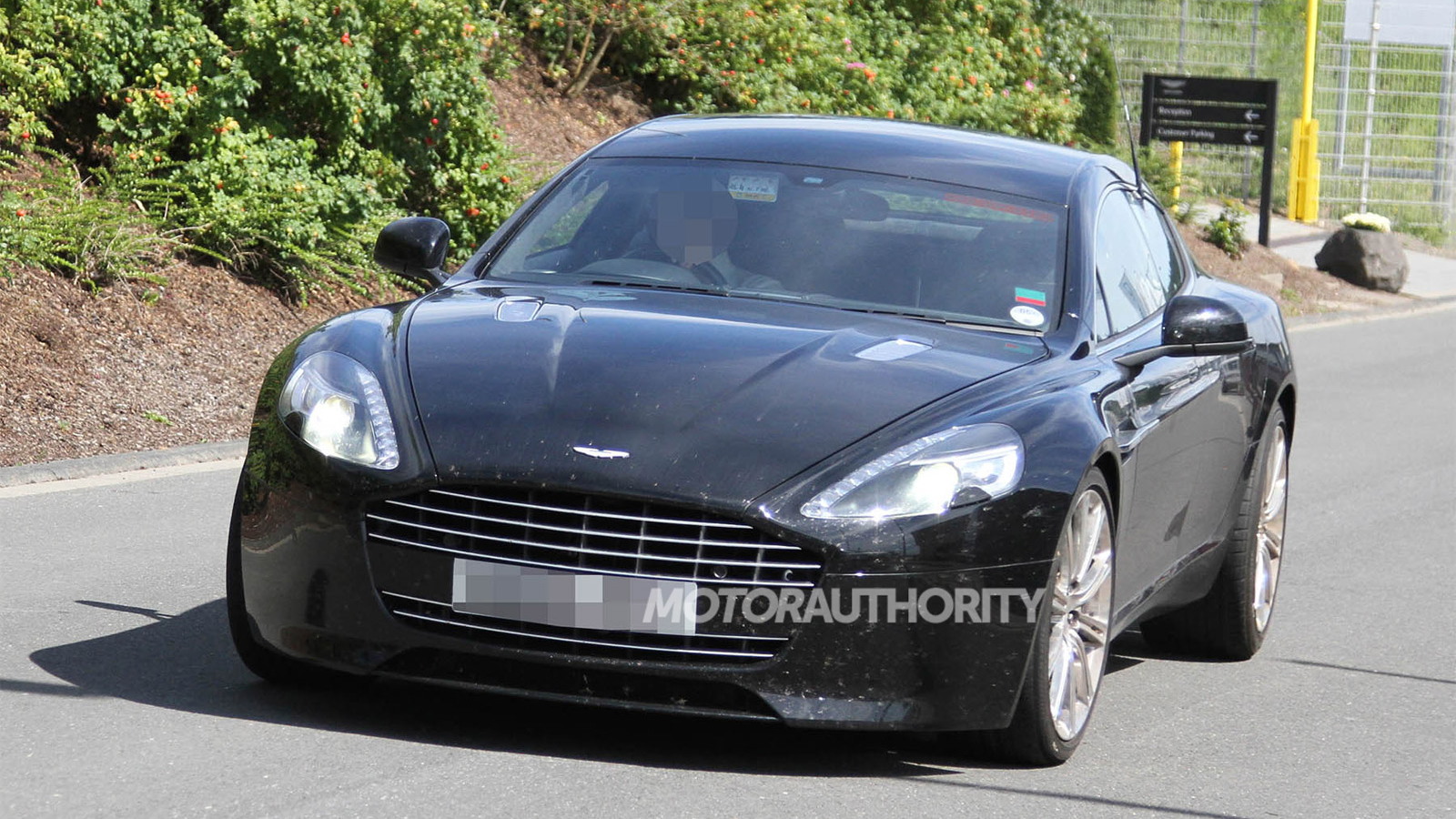 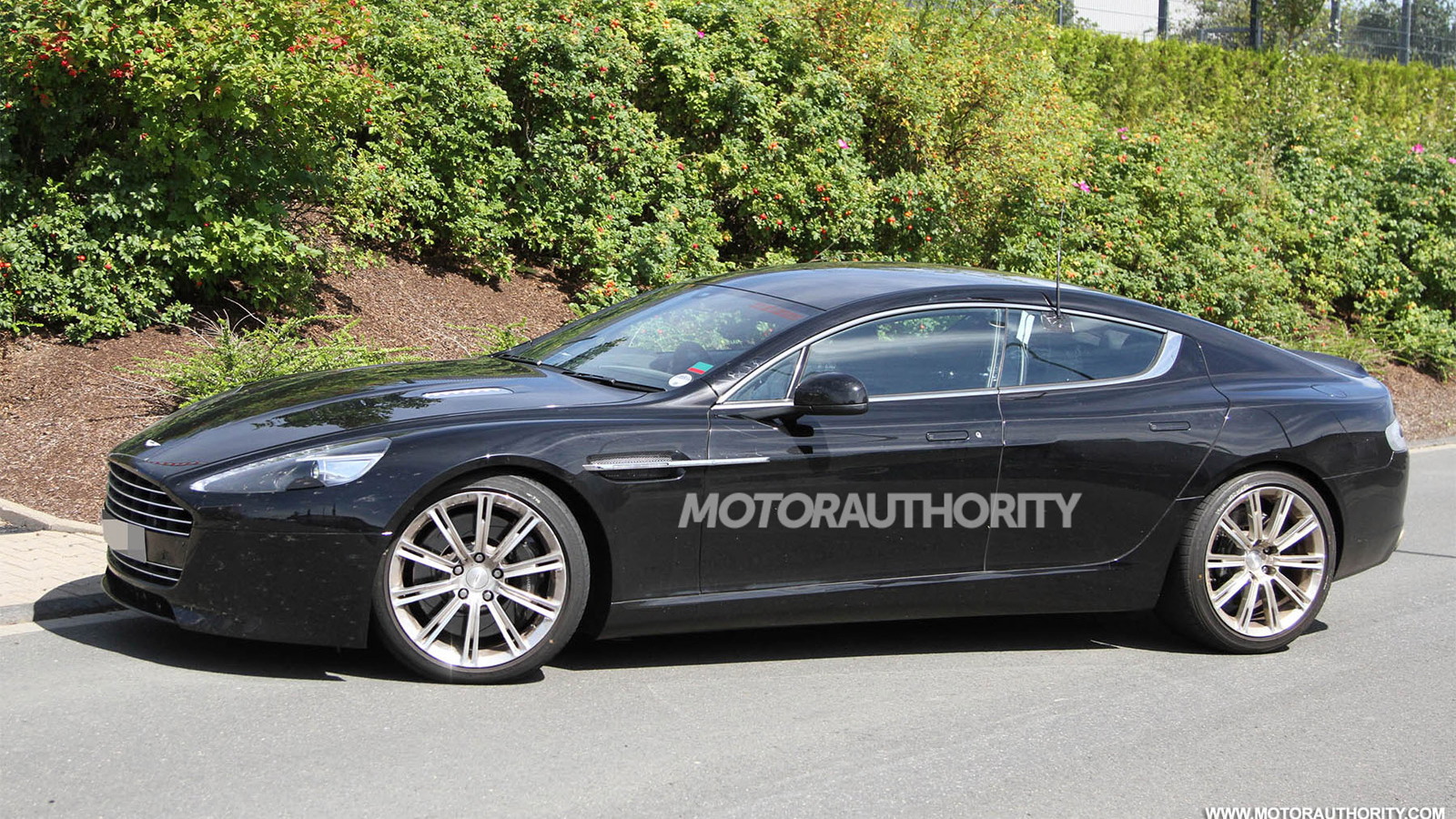 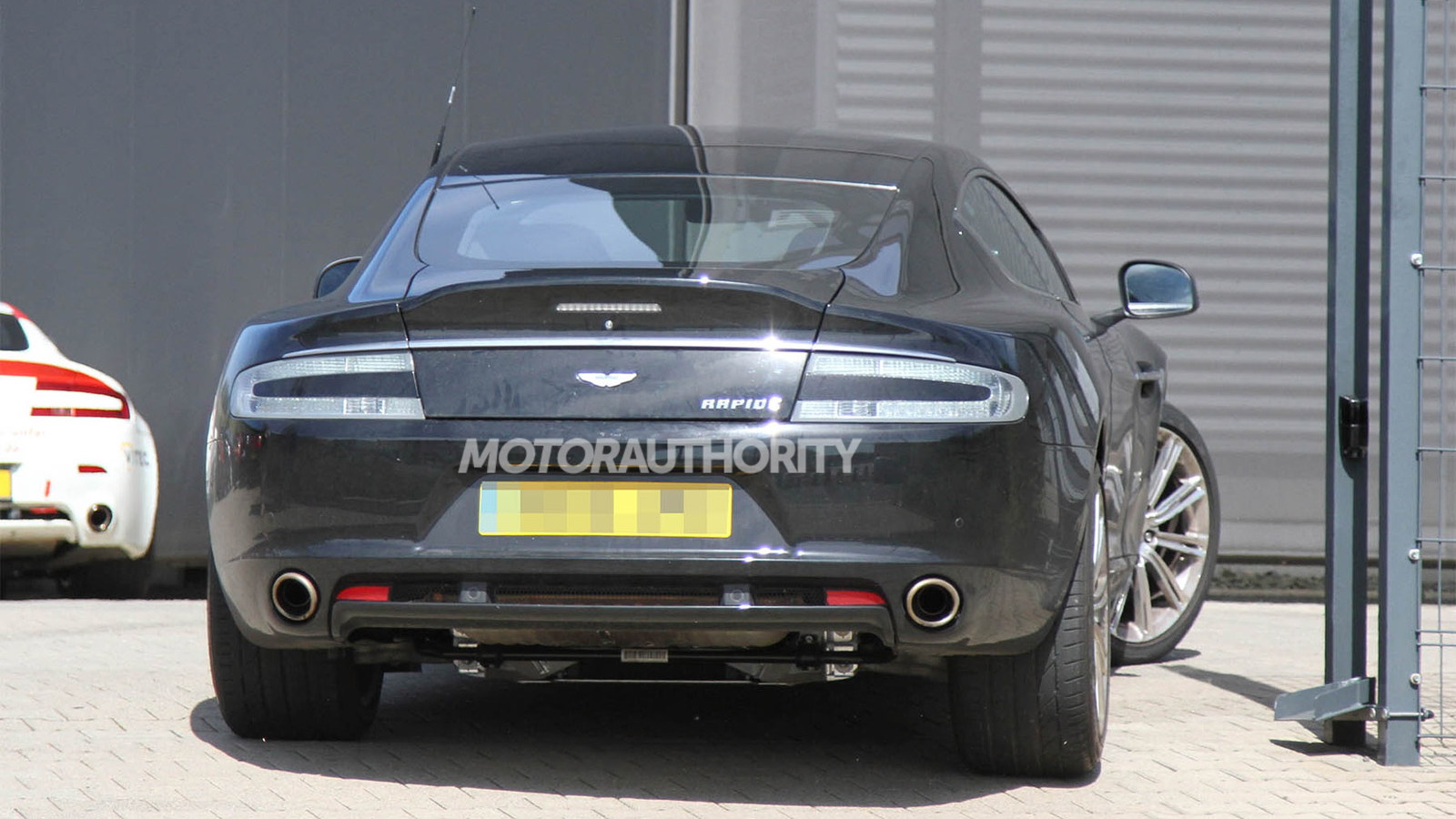 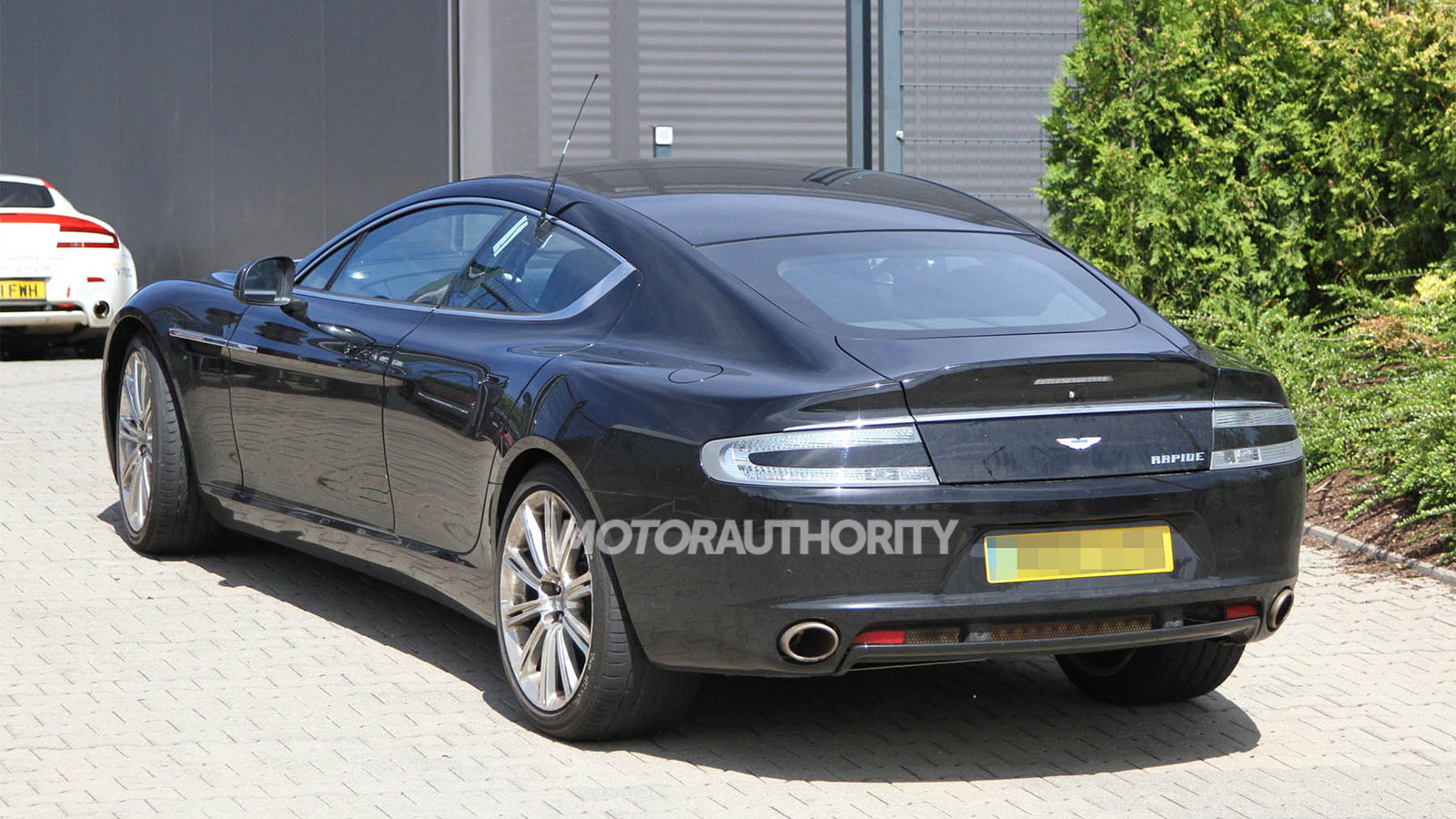 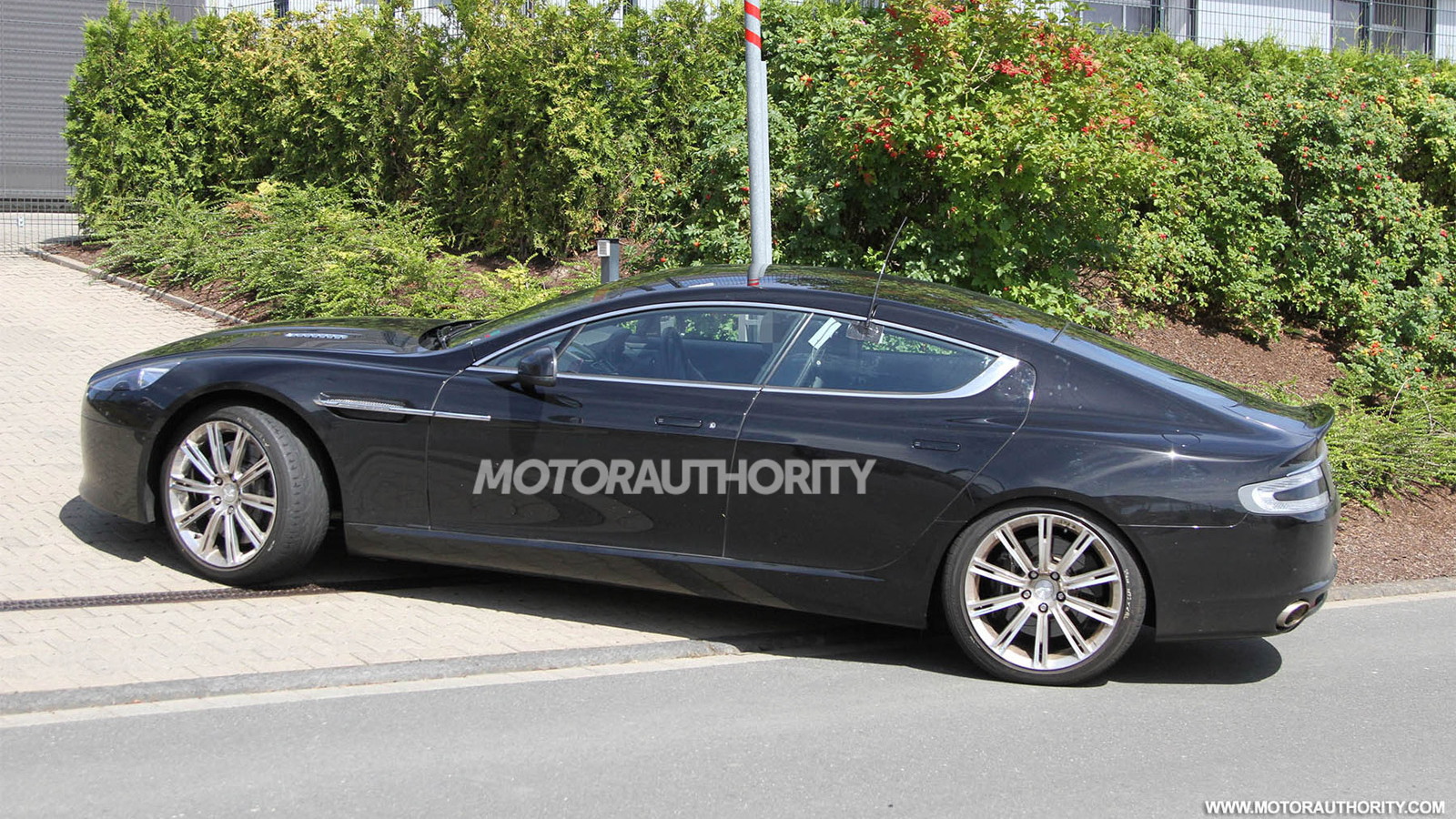 16
photos
If it seems only a short time ago that the Aston Martin Rapide was released, you're not alone--and you're not wrong, either. Introduced as a 2010 model, the Rapide has been on the market for less than three years. Nevertheless, the maker from Gaydon is prepping a refreshed look, and perhaps a sportier package, expected to arrive in the coming months.

From the images, we see the differences are minimal. That's not necessarily a bad thing, as the Rapide was, and still is, a stunning example of design. Changes from the current production car include a new lower front bumper, which adds a third section to the grille and is reminiscent of the design found on the Virage, which itself is being updated for 2013.

At the rear of the car, the differences are even harder to spot: the rear spoiler may be a touch higher and the parking sensors appear to have been moved inboard and higher. The reasoning there isn't obvious at all, but could relate to a modified exhaust system, as the current car's parking sensors are located just above the exhaust outlets.

Under the skin, Aston Martin engineers are thought to be planning some much-needed updates. When it comes to performance, the Rapide is left a little short compared to rivals like the Porsche Panamera Turbo and Mercedes-Benz CLS63 AMG, both of which deliver well over 500 horsepower versus the Aston’s 470-horsepower rating. It doesn’t help that the Rapide is also considerably pricier than those aforementioned rivals, with the current model listing at just over $200k.

While we’ve reported that Aston Martin was planning to expand the Rapide lineup with a sportier “Rapide S” model, instead of having two separate models Aston Martin is more likely to simply turn up the boost on the regular model.

Following the release of the 565-horsepower 2013 Vanquish, there’s now clearly room for Aston Martin to add some performance to the Rapide. We’re not expecting the four-door Aston to get the full 565 horsepower of the Vanquish, but a figure at least matching the 510 horsepower of the outgoing DBS is possible.

Together with the extra power, we’re also expecting a series of chassis upgrades including revisions to the Touchtronic 2 six-speed automatic transmission, stiffer suspension, some carbon fiber components and the option of carbon ceramic brakes.

A debut should take place soon, possibly as early as the 2012 Paris Auto Show this September.