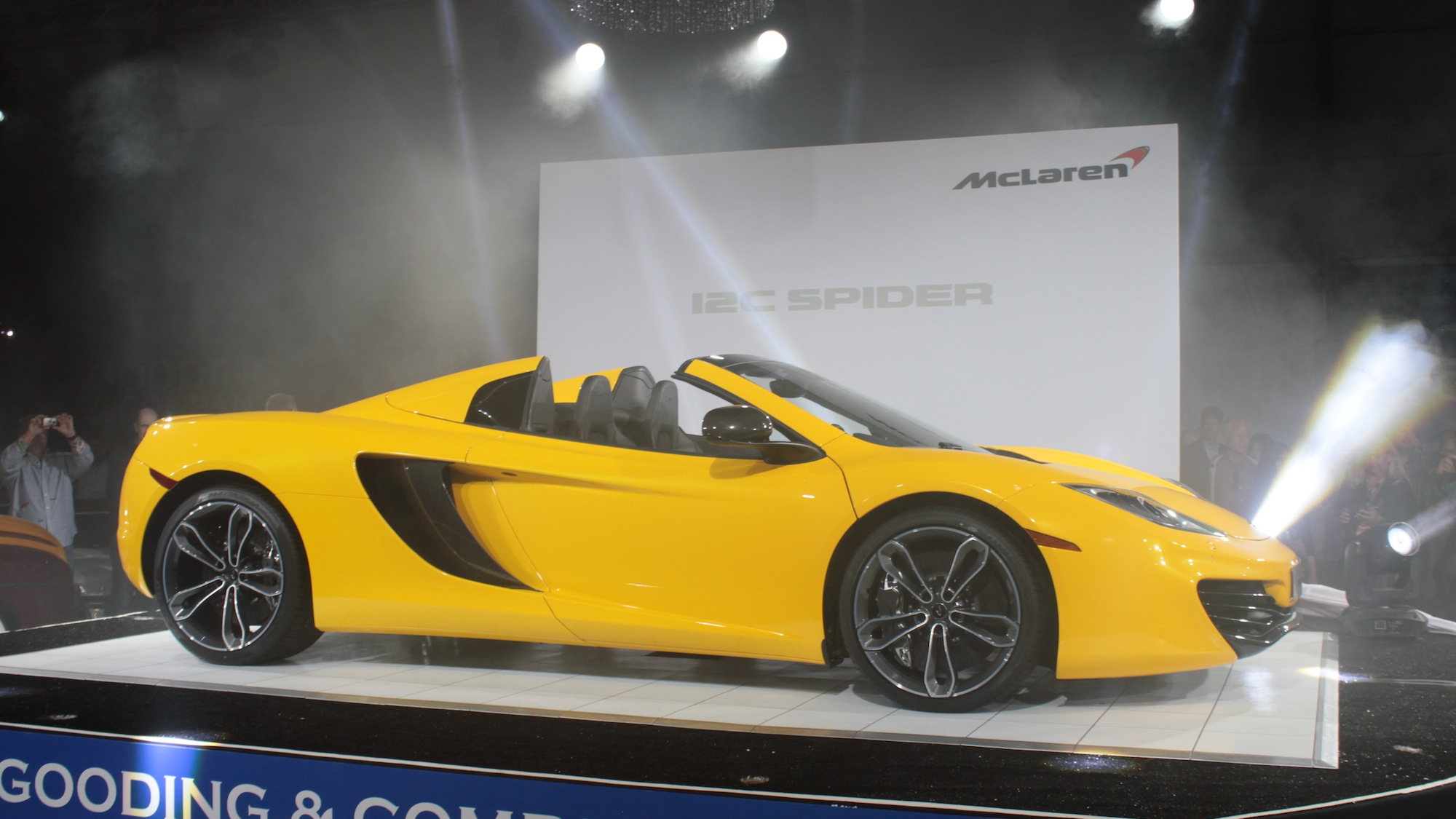 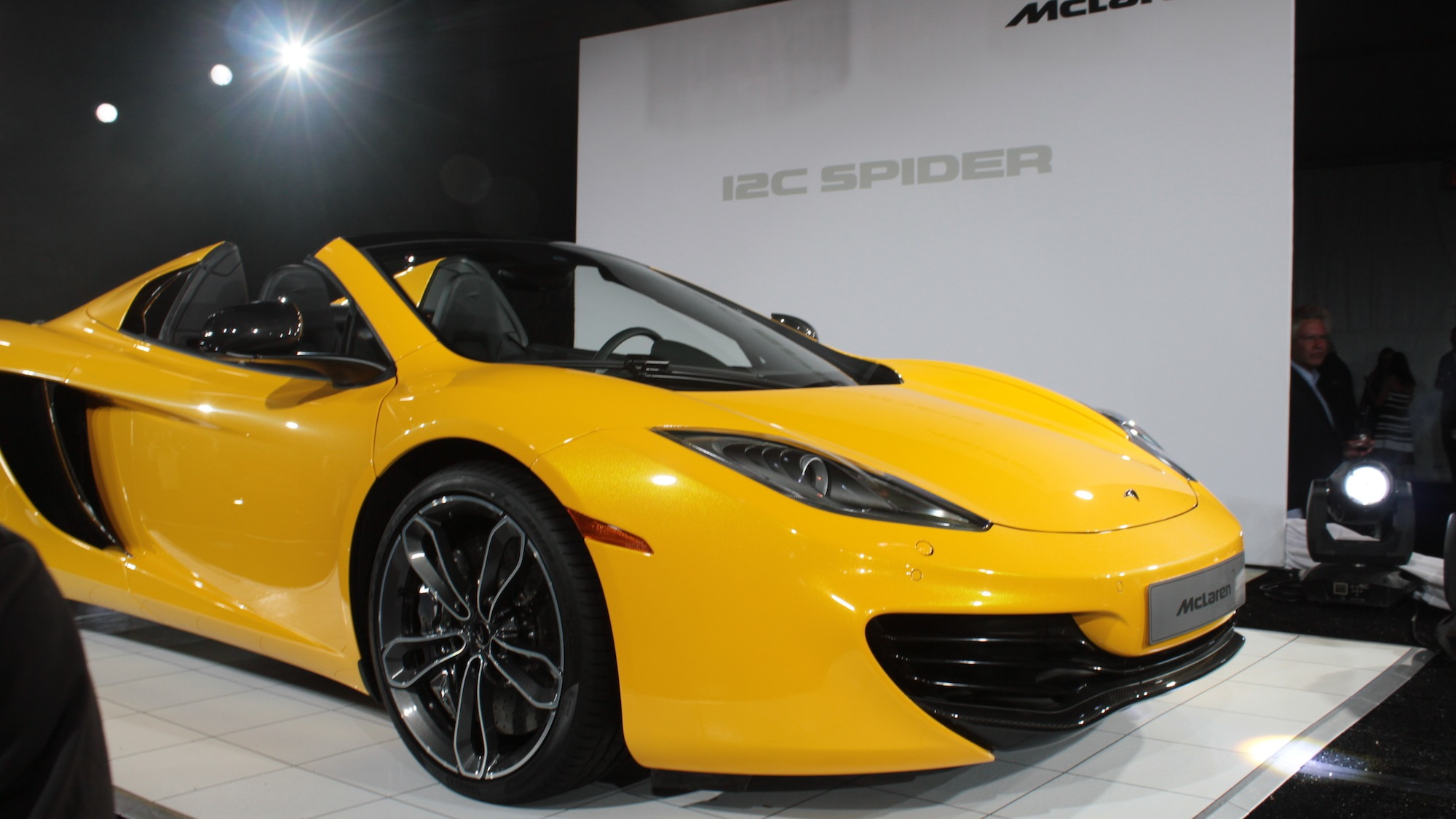 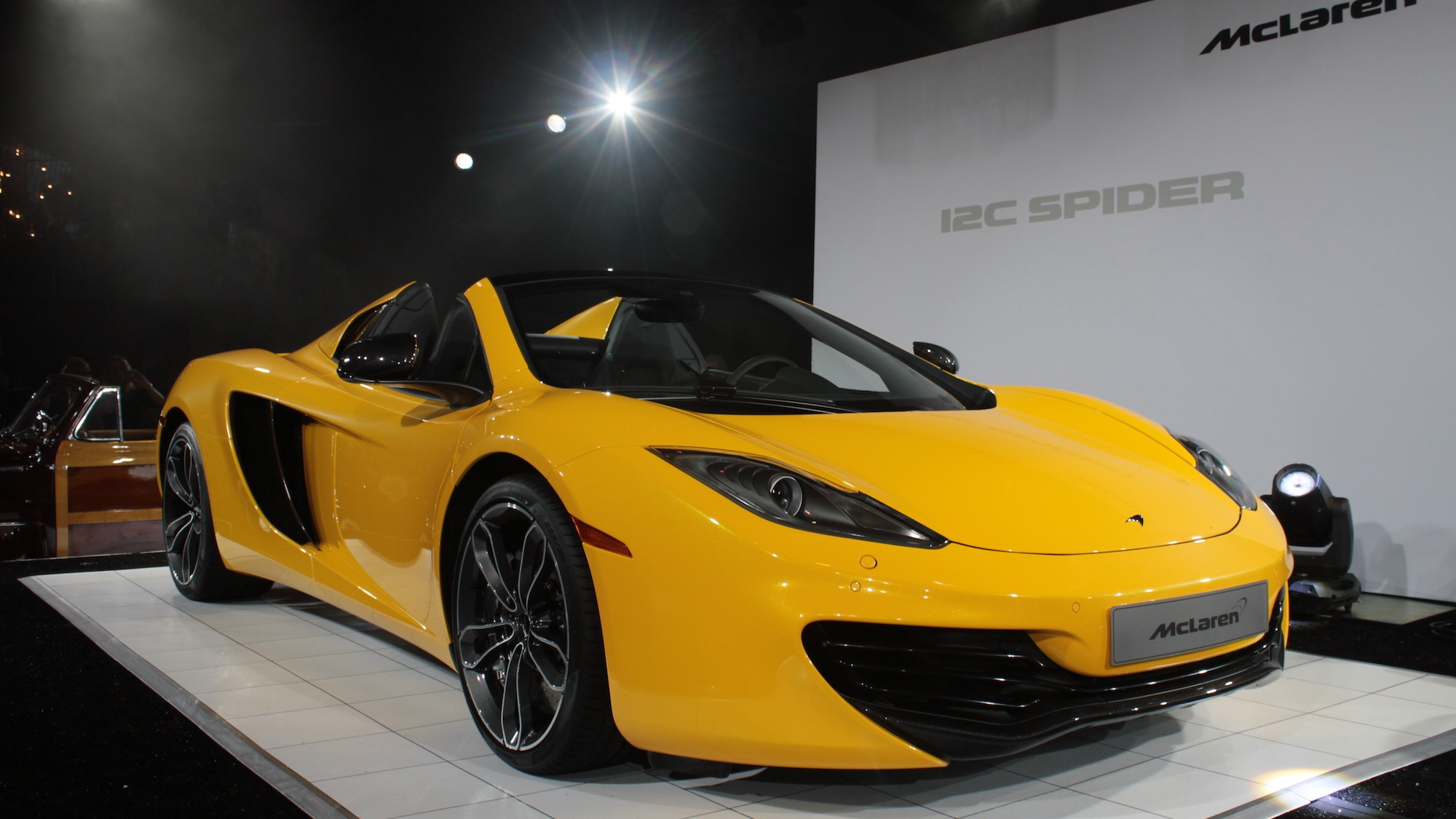 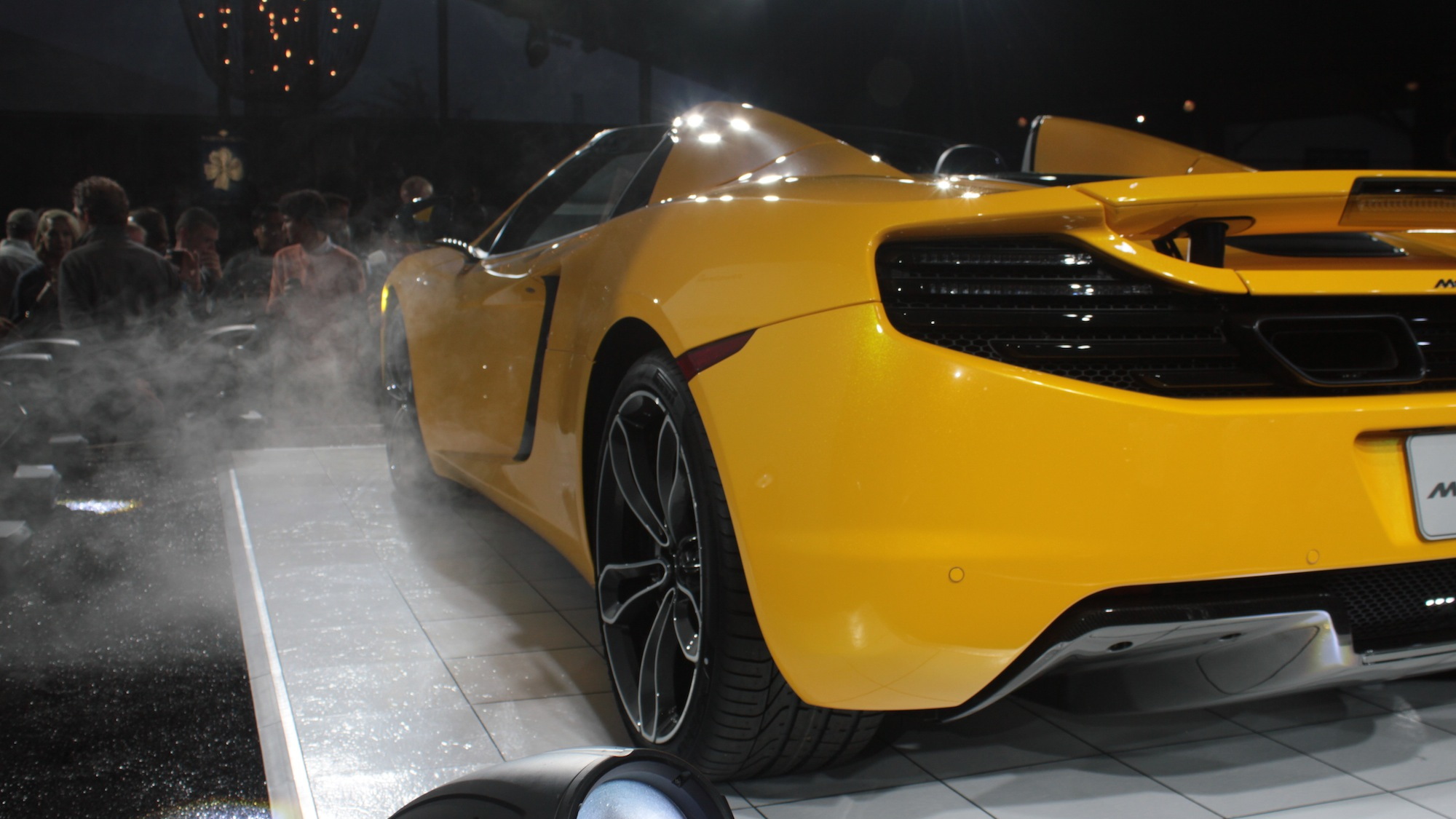 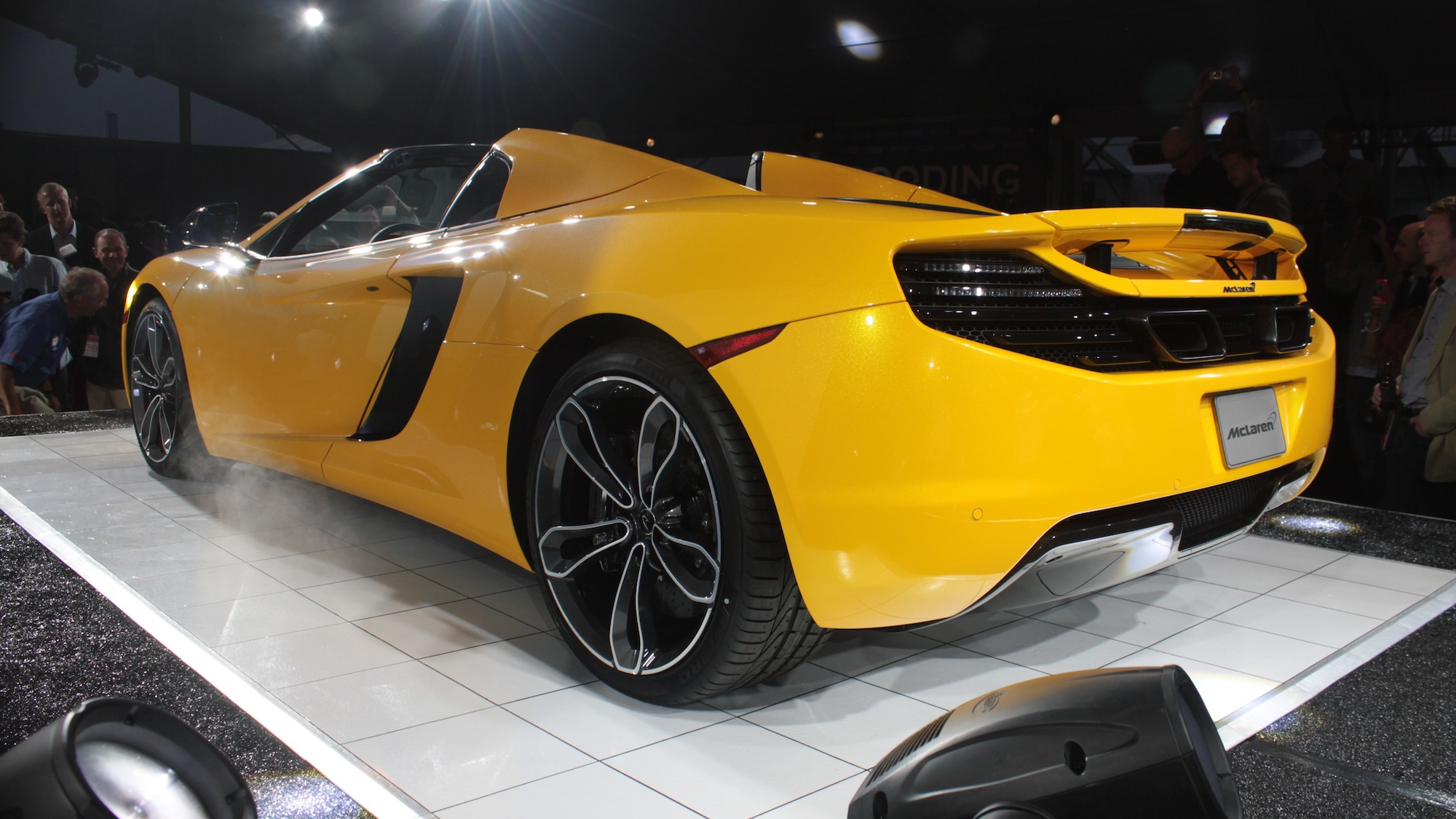 34
photos
Six weeks ago, McLaren unveiled the 2013 MP4-12C Spider to the world--digitally. Last night, at the Gooding & Co. auction at Pebble Beach, the analog curtain was dropped, literally.

The unveiling was as hyperactive as any full-scale auto show reveal, taking the covers off an eye-popping yellow example of the first open-top road car from McLaren Automotive.

McLaren is quick to point out that it's far from their first open-top car, however; in fact, they say it's their 144th open-top car, counting the previous, proven open-top race cars they've built in fields as diverse as Le Mans, Indy, and Formula 1.

However you count it, the MP4-12C Spider is the newest addition to the fold, and at 204 mph it's one blisteringly quick convertible. The 616-horsepower 3.8-liter twin-turbo V-8 mounted behind the passengers provides that capability, along with ripping off 3.1-second 0-60 mph times (just a couple of tenths behind the hard-top-only Lamborghini Aventador) and 10.8-second quarter miles at 134 mph trap speeds.

Despite the addition of the folding hard top mechanism, the McLaren Spider still tips the scales at just 3,200 pounds. That's about 270 pounds lighter than the Aventador, and only 88 pounds heavier than the MP4-12C coupe.

For the full details, visit our preview here. To see what the select few privileged to attend the invitation-only unveiling in Pebble Beach, enjoy the gallery above