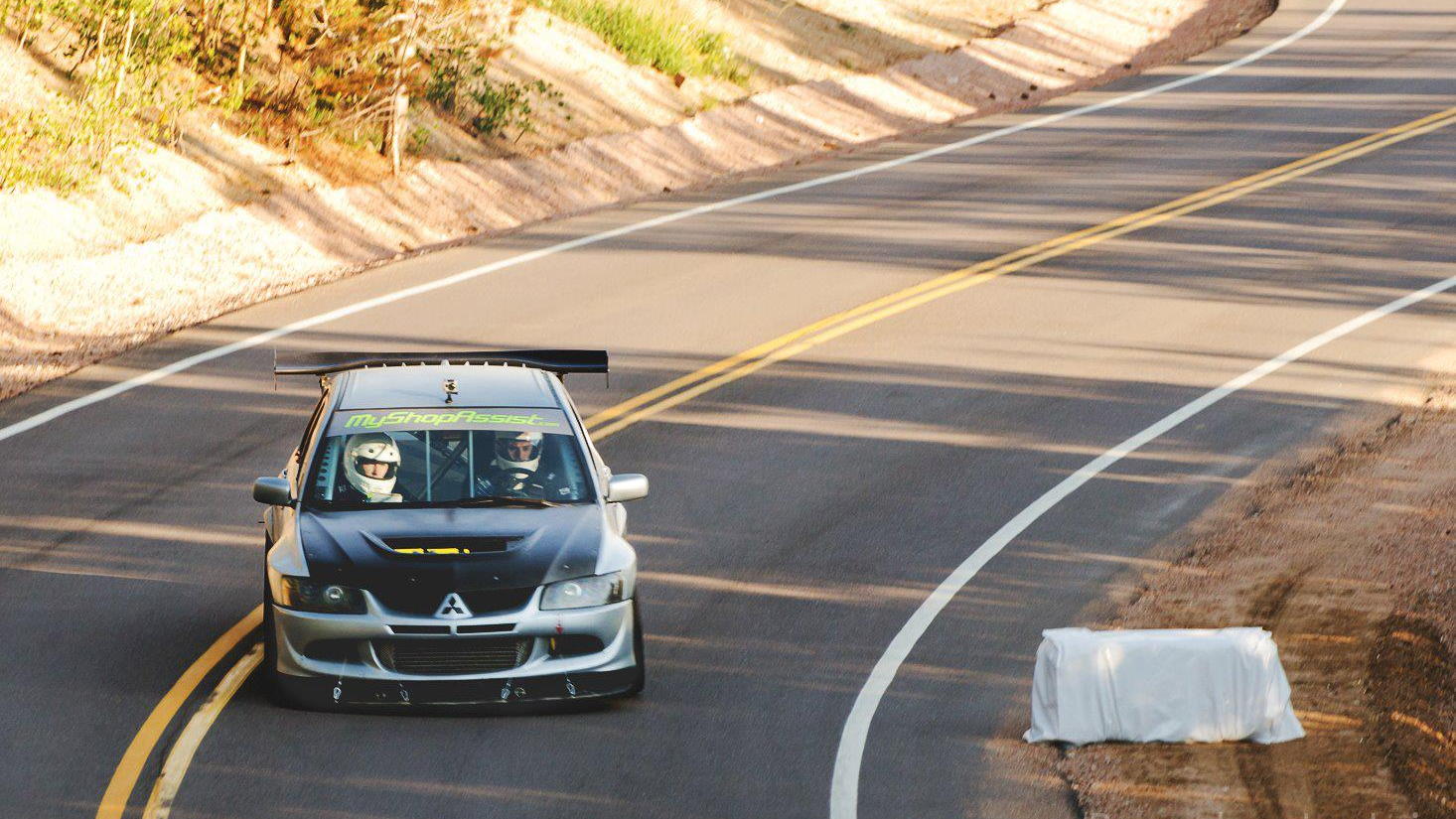 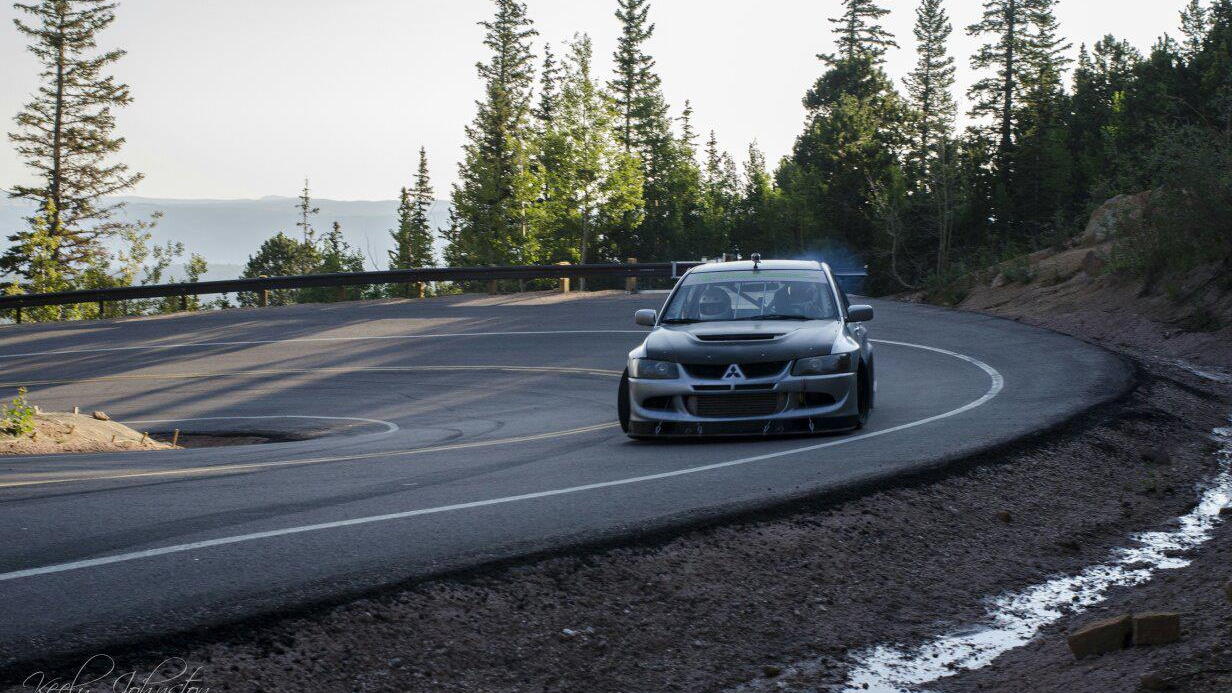 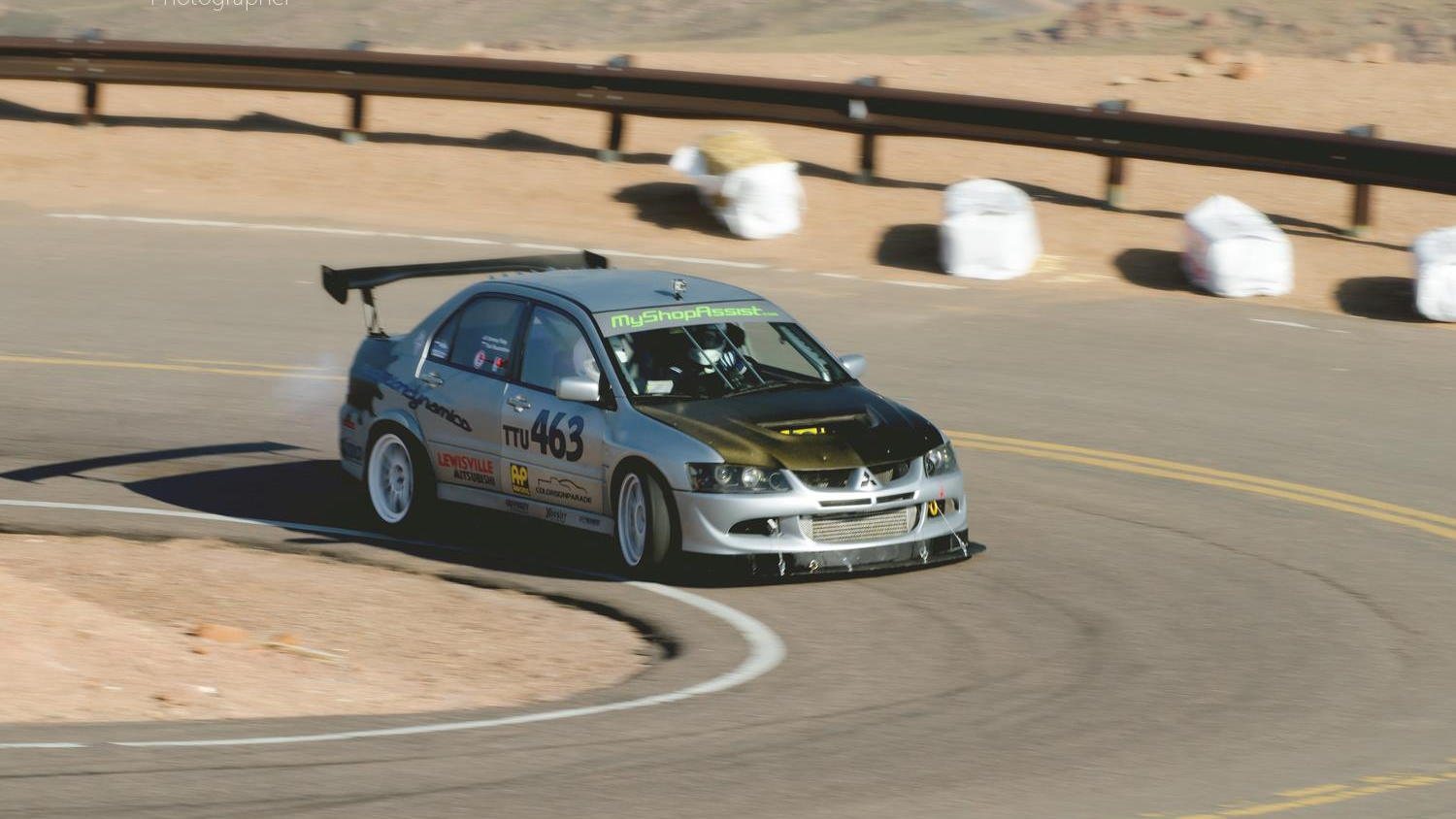 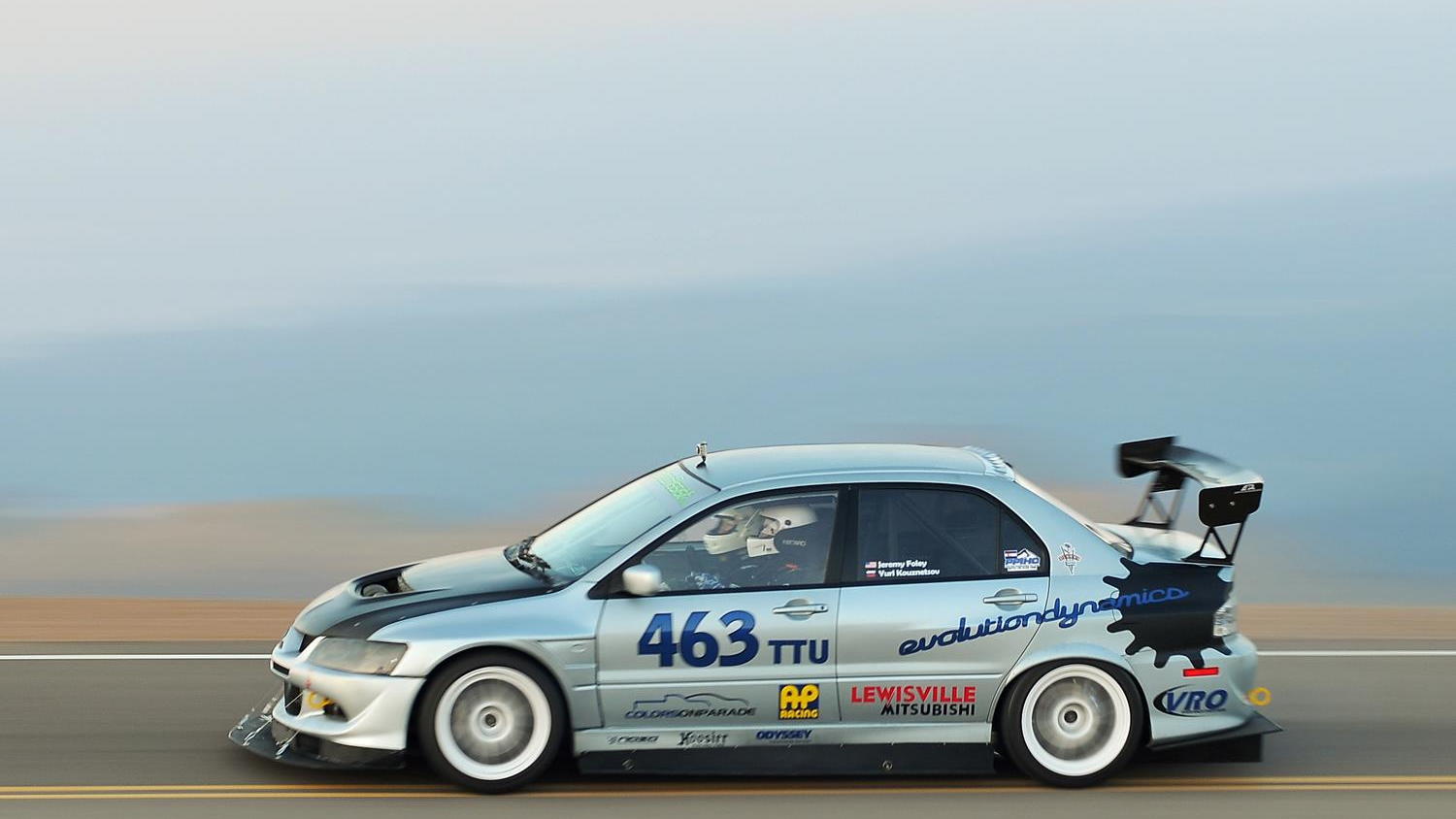 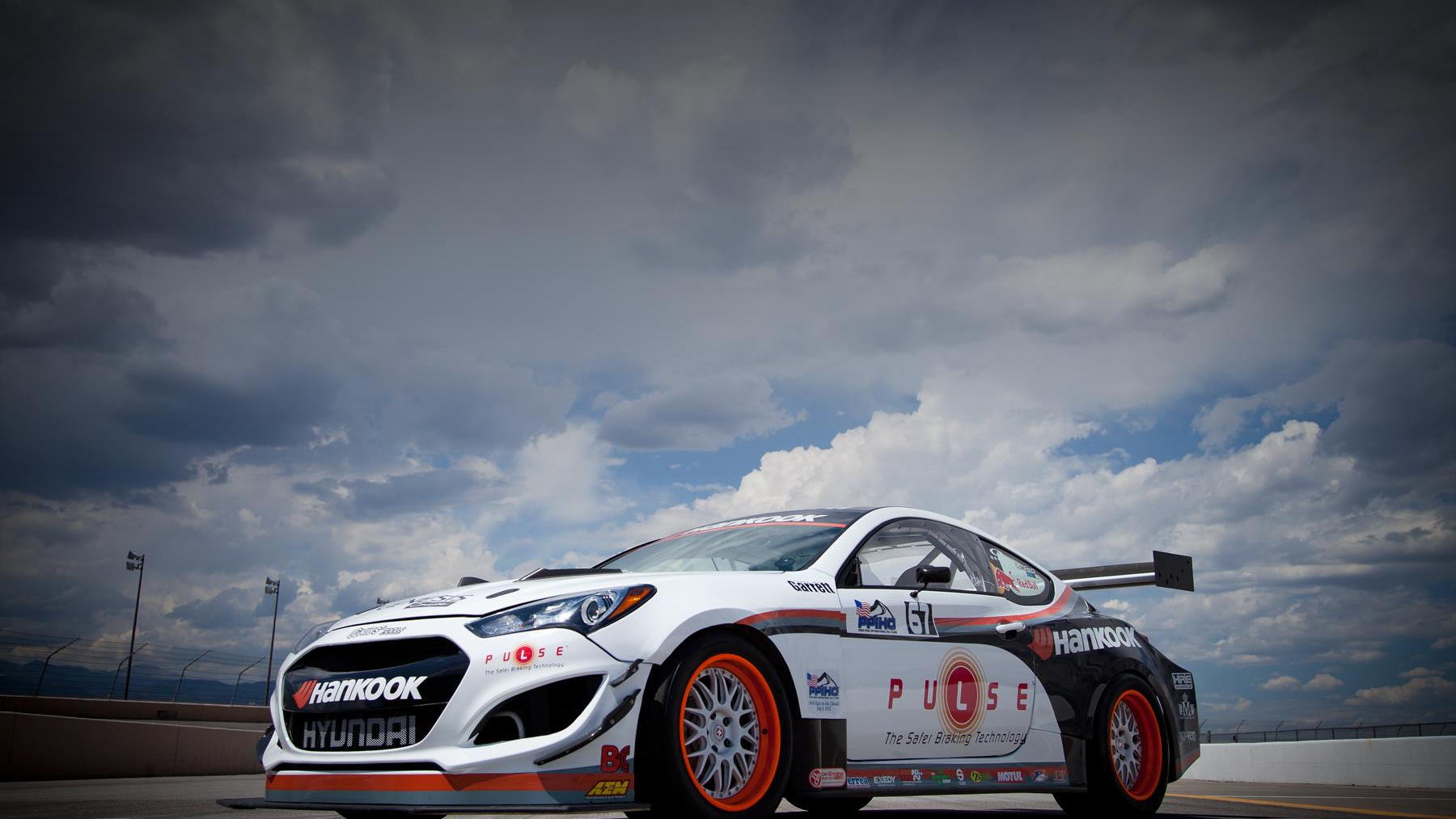 11
photos
With everything from the likes of the Banks Power/Dallenbach 1,400-horsepower beast to Monster Tajima's electric prototype to smaller privateers like the Evolution Dynamics Mitsubishi Evolution IX piloted by Jeremy Foley, the action at Pikes Peak is already underway. Qualifying is in the books, and the race is this Sunday. Here's where things stand so far.

The mountain is paved from top to bottom for the first time in the event's nearly century-long history, so we expect to see the fastest times ever--provided the cars and drivers can rise to the challenge of the ascent.

In the Time Attack class, Rhys Millen leads the way in his Hyundai, a full 16 seconds faster than second-place Randy Pobst in the short qualifying section. David Kern, Toshiki Yoshioka, and Jeremy Foley round out the top five, the trio spanning just over 12 seconds from Pobst's time.

Monster Tajima leads the Electric class, setting a bogey time 14 seconds ahead of Fumio Nutahara. Ken Gushi has put the Lexus IS F CCS-R into second in the Exhibition class behind Rick Knoop.

In the Unlimited class, Jean Phillippe Dayraut set a faster time than Paul Dallenbach's monstrous Banks Power car by five seconds, but the time has been disallowed by the sanctioning body, USAC, as Dayraut apparently ignored a red flag from a course worker. That leaves Dallenbach sitting in first in the class. David Donner is next, another 10 seconds back.

In the Pikes Peak Open class, endurance racer Romain Dumas leads the boards over Jeff Denmeade by a massive 31 seconds, while Randy Schranz sits in third, just over two seconds behind Denmeade.

Leading a class carries with it certain advantages going into race day: the first-place qualifier gets to pick their start position within class, and for the Unlimited class, the leading qualifier can move the day the class runs--but only once.

For a look at what it's like to attack the mountain at speeds up to 142 mph, check out Paul Dallenbach at the wheel of his 1,400-horsepower twin-turbo Chevy-powered Banks Power racer below--oh, and that's not even Dallenbach's fastest qualifying time. It was his first run.