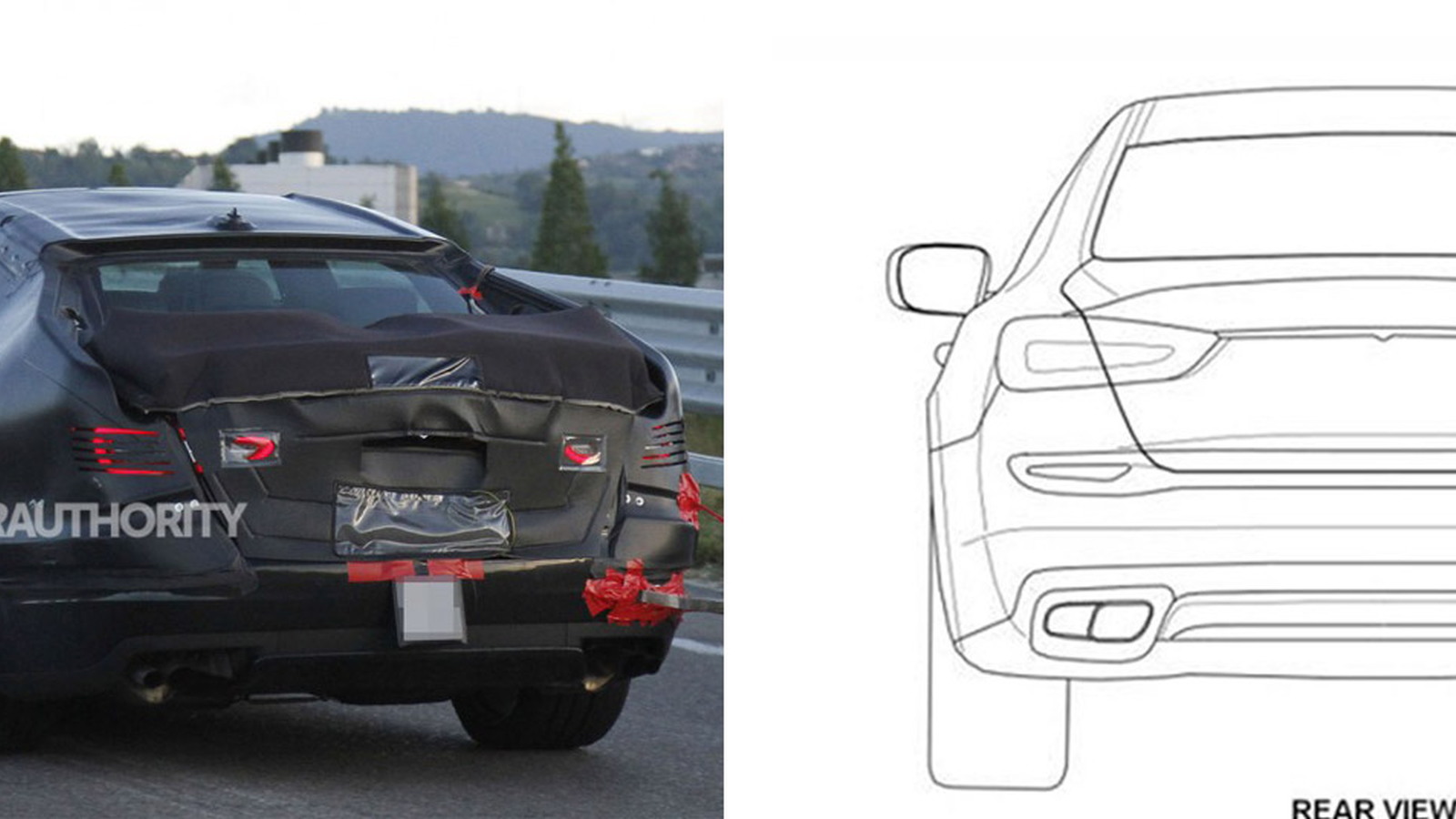 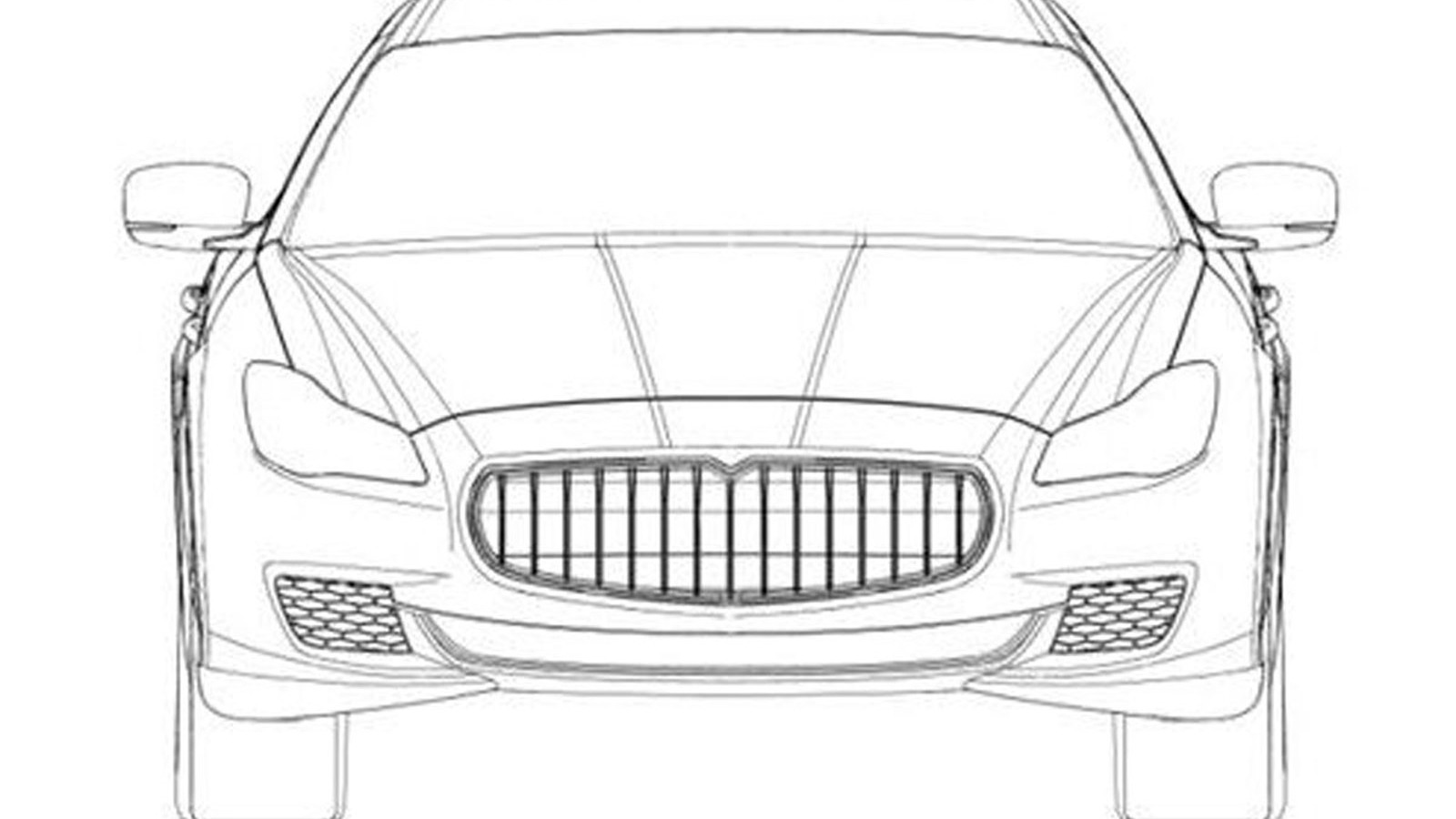 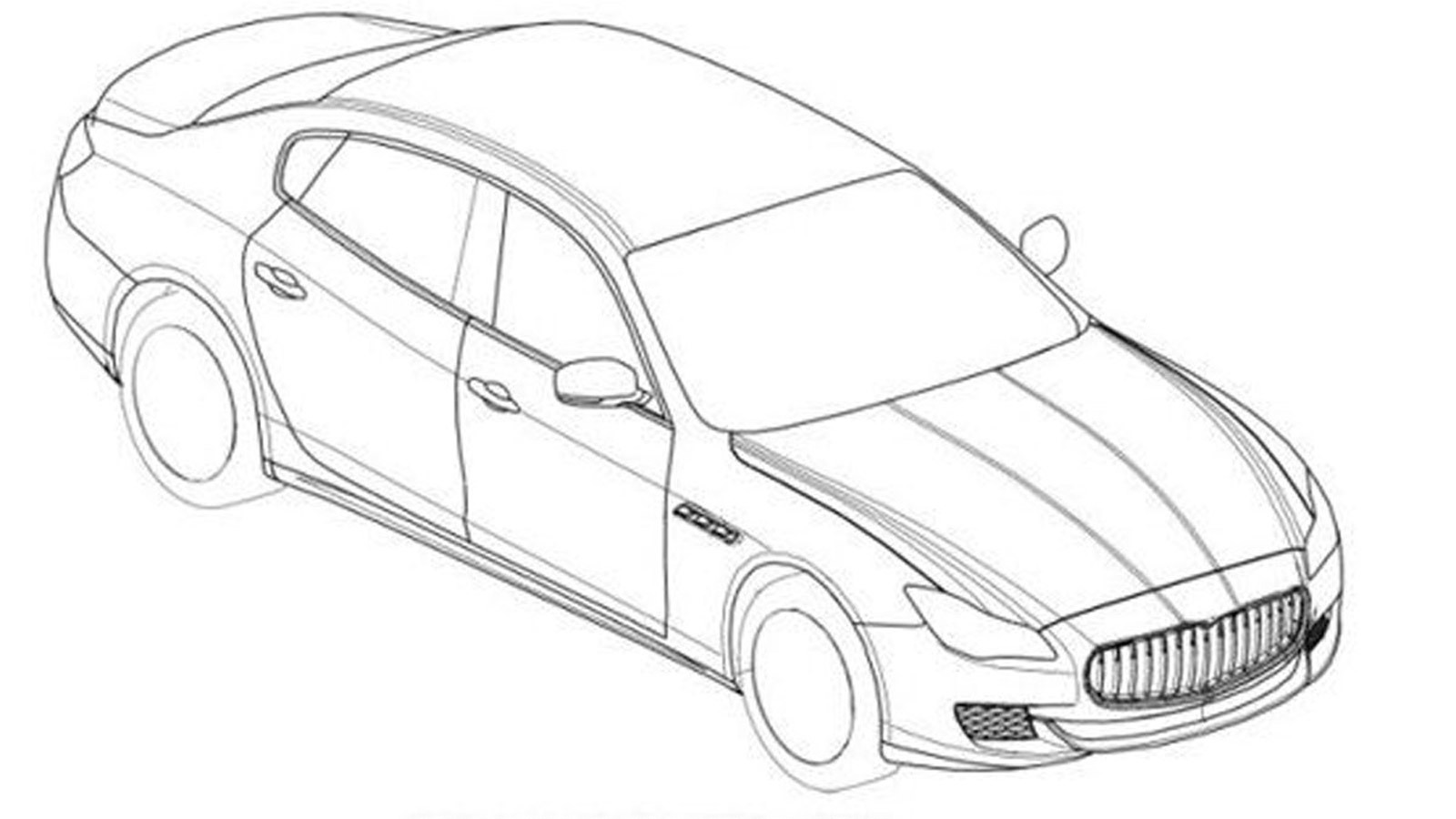 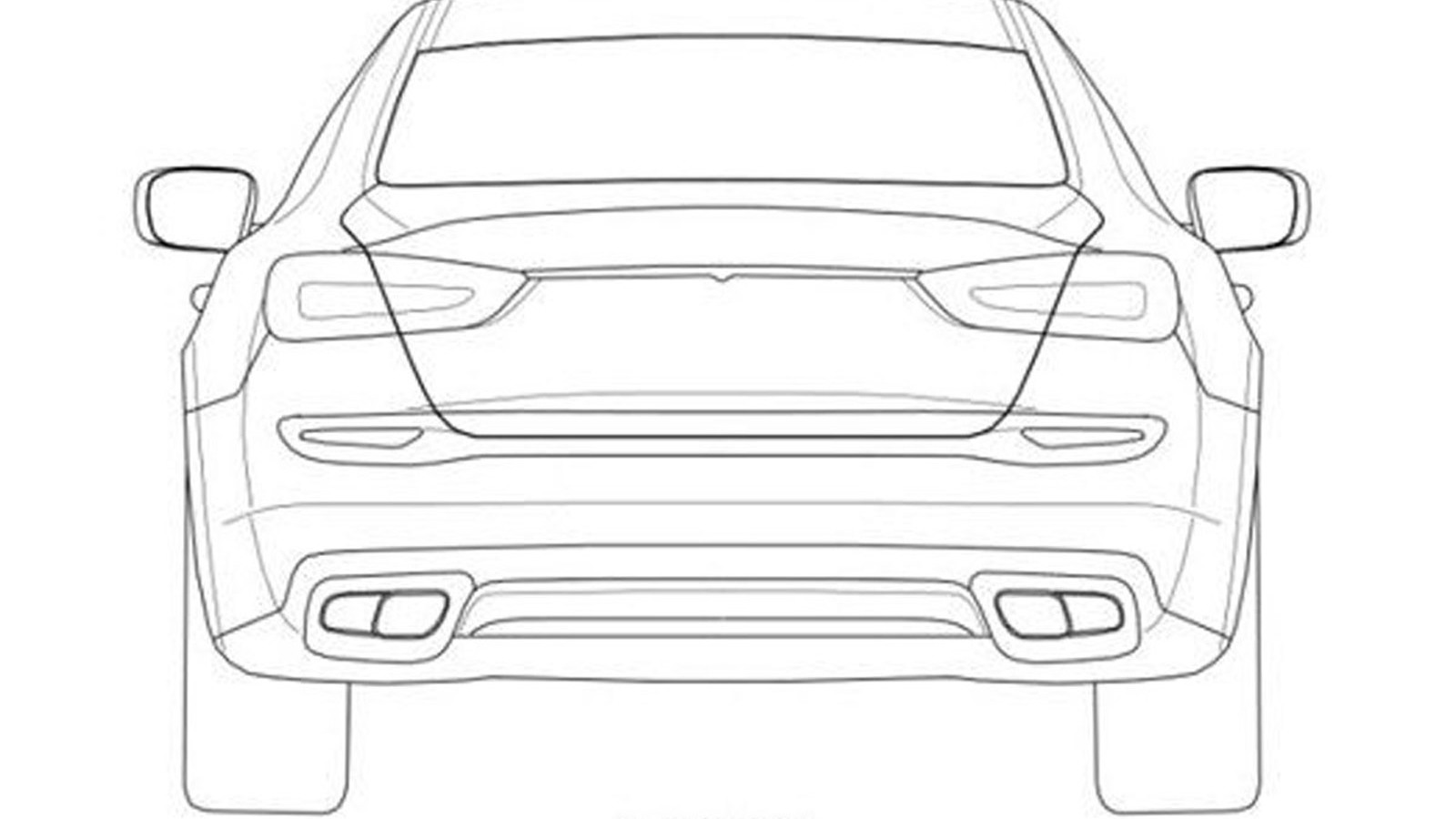 13
photos
UPDATE: The 2014 Maserati Quattroporte has been revealed. Click here for all the photos and details.

Prototypes for Maserati’s next-gen Quattroporte sedan have been spied across Europe for more than a year now, but so far all of these test vehicles have been heavily disguised.

This means that the final shape of the new Quattroporte is still very much a mystery, although new sketches alleged to be patent drawings for the car have surfaced and give away most of the design.

The drawings, first posted by AutoWeek.nl, are claimed to have been found on a registry for trademarks and designs in Europe.

They show a design for a car with very similar proportions to the current Quattroporte, but with much sharper details and front-end styling that is very similar to the look of Maserati’s most recent Kubang concept car.

Compared with our own spy shots, the tail-light design seen in the patent drawing does appear very similar to the units on the prototype. The size and positioning of the grille and lower intakes also appear to be a match.

As for what’s residing under the new body, Maserati is thought to be developing a new rear-wheel drive platform that will not only spawn the new Quattroporte but also a smaller sedan for Maserati, and even the next-generation GranTurismo.

According to insider information, the new platform will make extensive use of lightweight aluminum and be capable of implementing a hybrid system Maserati is likely to borrow from Ferrari. Weight savings of the new platform could be as high as 330 pounds.

Also borrowed from Ferrari will be the FF supercar’s complex all-wheel drive system, which is expected to feature as an option on both the new Quattroporte and smaller sedan.

As for the engine offerings in Maserati's new lineup, Ferrari is expected to remain the official supplier but instead of a sole V-8 there's a report suggesting that a supercharged V-6 as well as a downsized twin-turbocharged V-8 will feature.

Look for the new Maserati Quattroporte to surface around the end of the year, possibly at the 2013 Detroit Auto Show next January, with sales to commence shortly after.