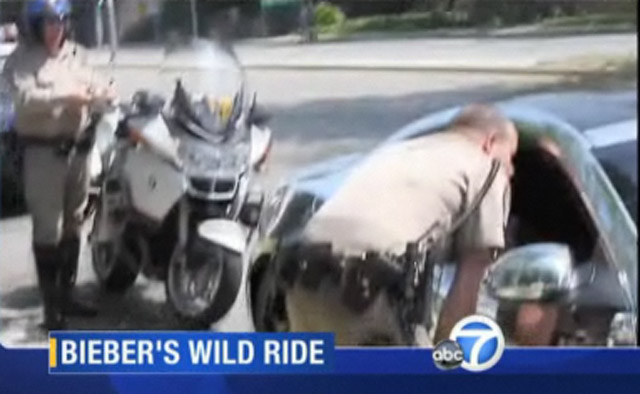 If you’re driving around in a chromed out Fisker Karma extended-range electric car, chances are somebody’s going to spot you.

If you’re driving at speeds of up to 100 mph through Los Angeles, there’s pretty much no chance of getting away with it.

It turns out singer Justin Bieber found that out the hard way, with the teen idol given a citation by L.A. police on Friday morning after allegedly being pulled over for speeding on a road in Studio City.

It was L.A. City Councilman Dennis Zine who first spotted Bieber and his chromed out Fisker Karma before calling the police.

Speaking with reporters from KABC-TV, Zine said Bieber appeared to be going about 100 mph.

"It was like a rocket ship coming by, I'm not exaggerating when I say that," he said. "When it passed me, it had to be going close to 100 mph. Every time when there was a little space, it would make a lane change, then there were all these cars following."

L.A. police have confirmed they gave the young star a ticket, but haven’t revealed how fast he was actually going.

At the time of the alleged event, Bieber was said to be driving away from several paparazzi vehicles. Perhaps if he wants to avoid the paparazzi, driving around in a Fisker Karma covered in chrome isn’t the greatest idea.