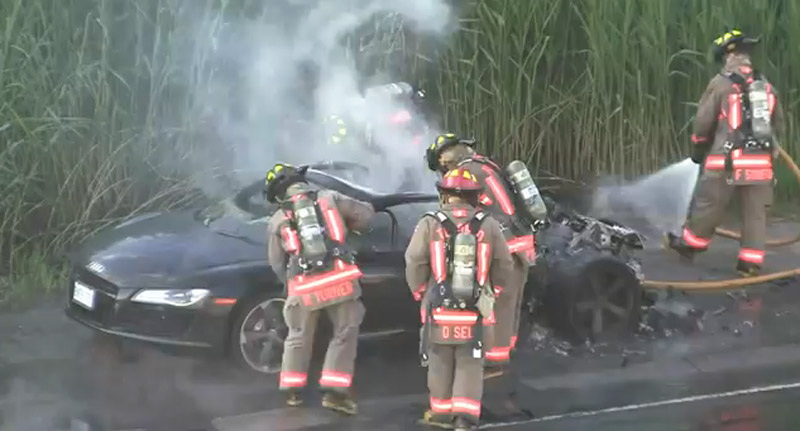 An Audi R8 being driven westbound on the Gardiner Expressway in Toronto late on Monday somehow caught on fire, with the flames eventually engulfing most of the exotic sports car.

Fire crews were quick on the scene but weren’t able to save the R8, which became nothing but a smoldering heap once the flames were finally extinguished.

As the video footage shows, there was not much that the fire crews could do to save the car.

It’s unclear what the cause of the fire was, but since it appears to have originated in the engine bay there have been suggestions that some aftermarket modifications may have been the cause. Of the thousands of R8s sold, very few have actually caught on fire.

Fortunately, there were no reports of any injuries.

Thanks J for sending in the tip!.