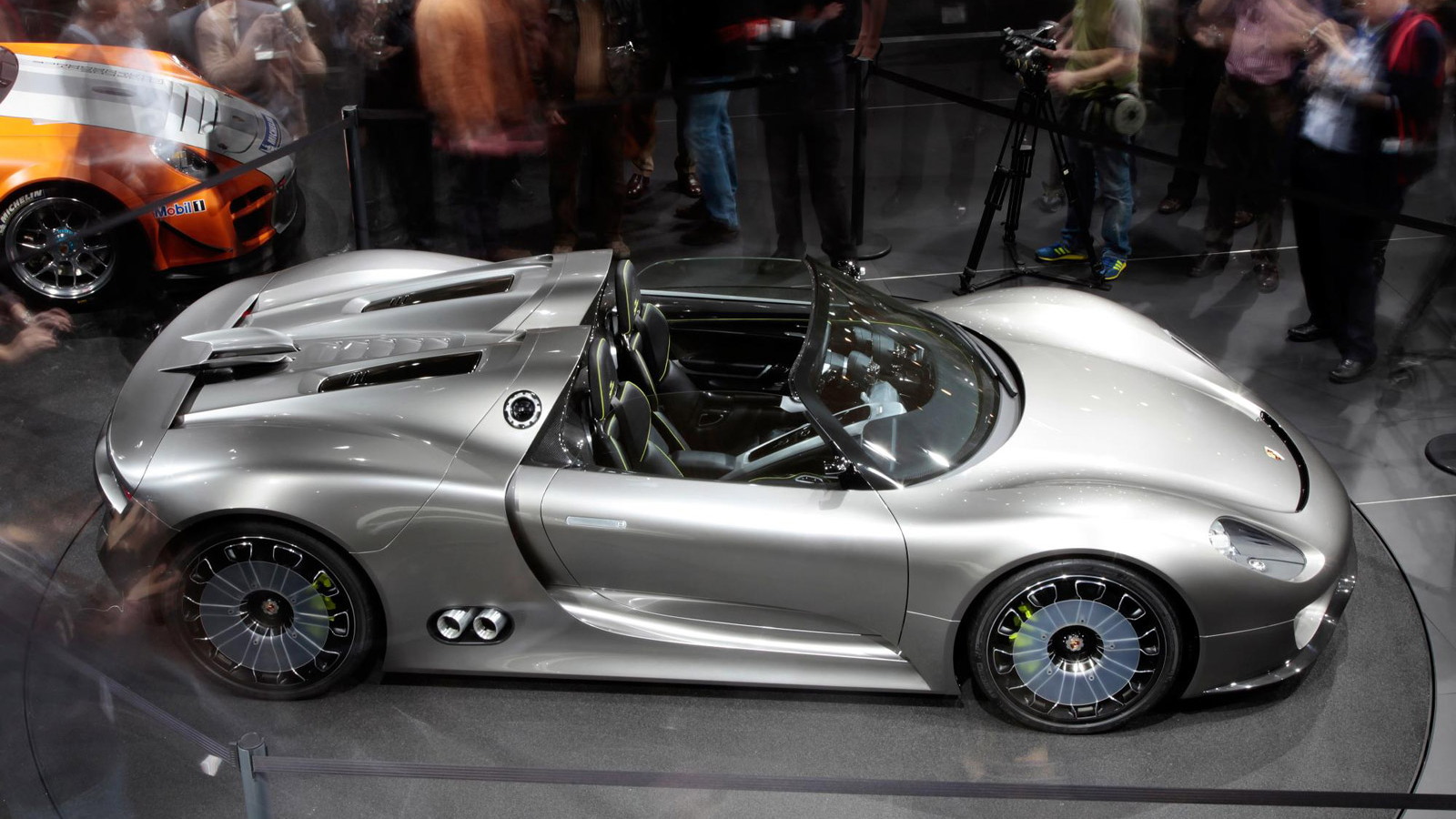 13
photos
The 2012 Goodwood Festival of Speed officially kicks off today and on the eve of the event Porsche announced that its stunning 918 Spyder concept will be making an appearance.

First unveiled at the 2010 Geneva Motor Show, and almost immediately confirmed for production, the 918 Spyder concept will be the highlight of Porsche’s stand at Goodwood.

Serving as the replacement for the equally-stunning Carrera GT, the 918 Spyder is more of a spiritual successor to the legendary Porsche 917 race cars of the 1970s. In fact, Porsche makes no secret that the design DNA of the 918 Spyder is derived from the 917, and to a lesser extent the more recent RS Spyder endurance racer.

However, it’s also a technology showcase for Porsche and a preview of what’s to come from the sports car brand in the mid- to longer term.

While the original concept version packs a 3.4-liter V-8 engine as part of its plug-in hybrid system, the production version due out next year has been upgraded to a 4.6-liter V-8. The output of the bigger engine has been confirmed at 570 horsepower, and together with the plug-in hybrid system, which adds a pair of electric motors, output of the 918 Spyder should hover around 770 horsepower.

Overall, Porsche is predicting 0-60 times for its 918 Spyder of under 3.0 seconds and a top speed in excess of 202 mph when all power sources are working. The best part is that fuel economy could be as high as 78 mpg.

Also differing from the concept, the production version will feature a manual roof system with removable roof panels that can be stowed in the front luggage compartment. Inside, both versions feature two seats and the latest in Porsche interior design elements. And perhaps hinting at the difficulty of packing so much technology into the lightweight and compact body of a supercar, Porsche has confirmed that the 918 Spyder will only be available in left-hand drive.

Production is scheduled to start on September 18, 2013, and only 918 examples in total will be built. Despite a pricetag of $845,000, it’s likely all 918 examples have already been accounted for.