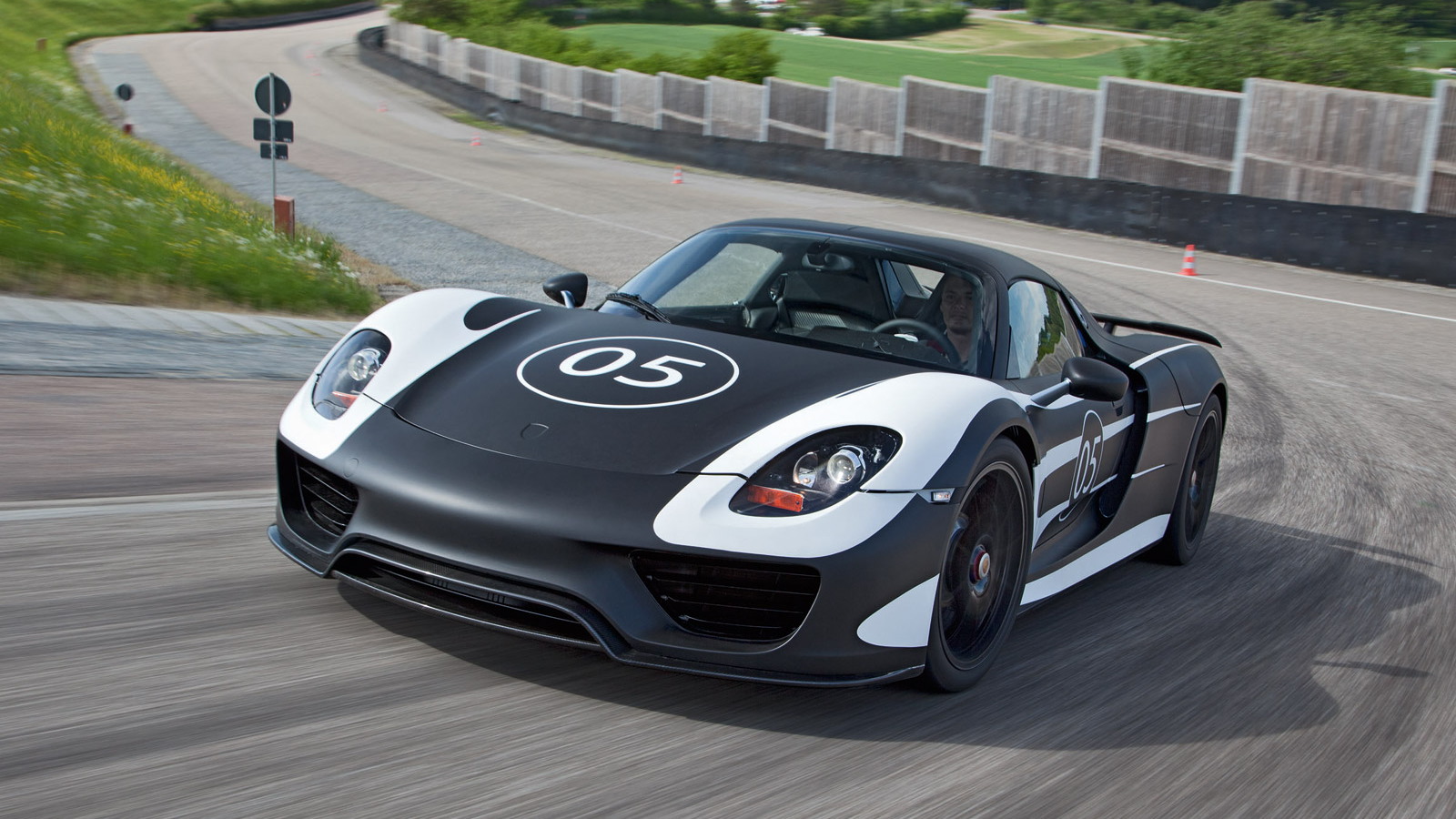 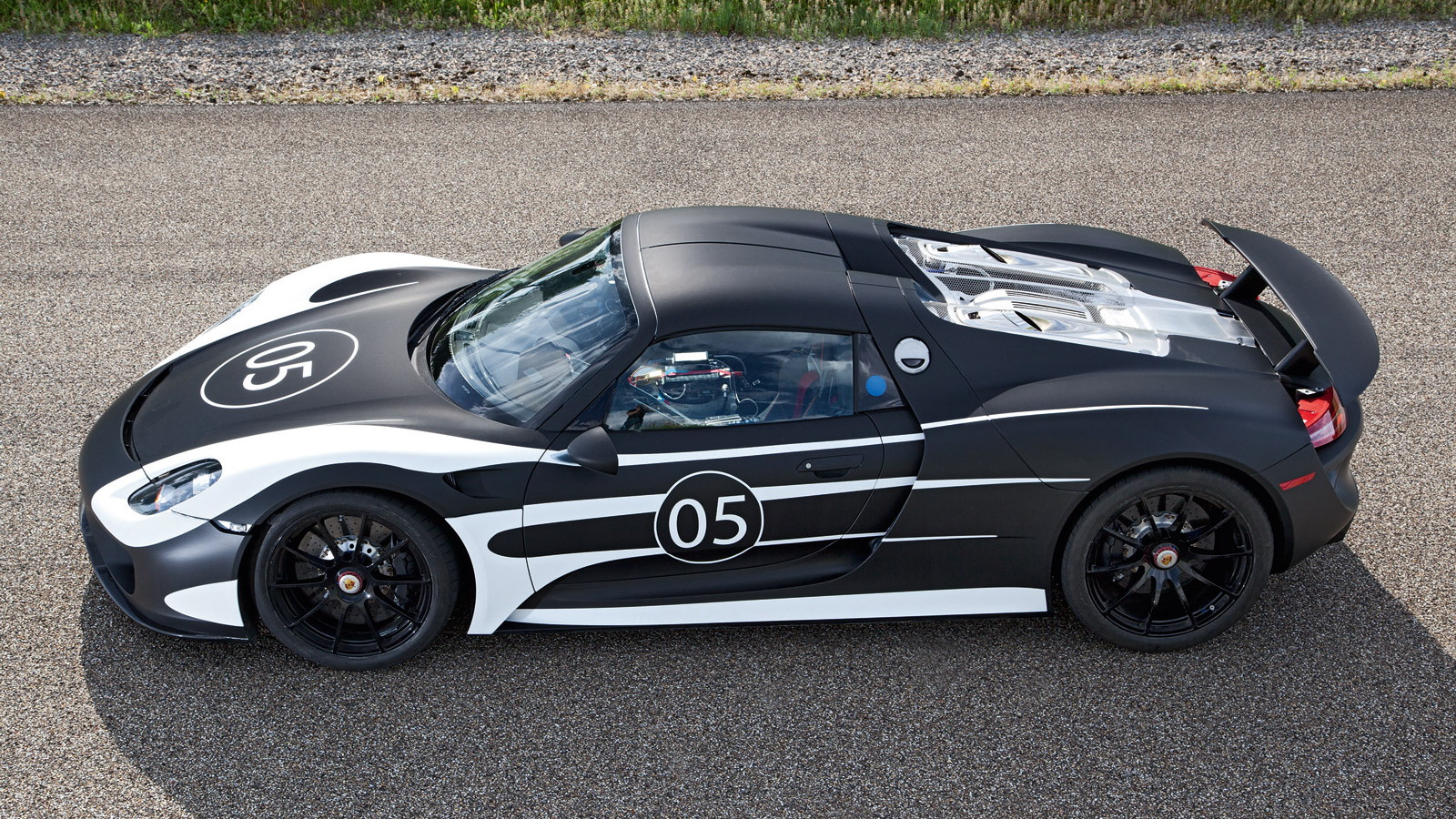 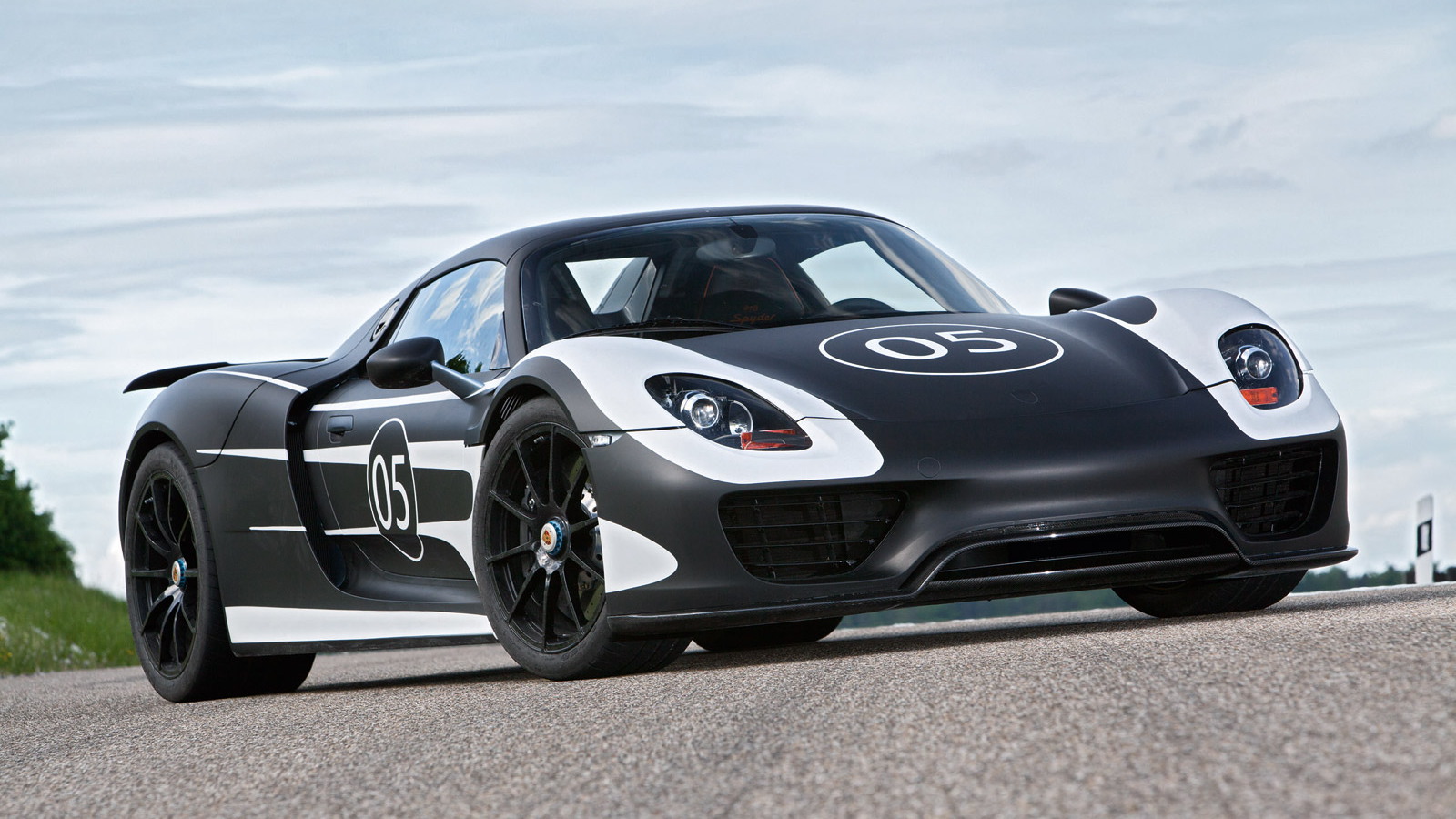 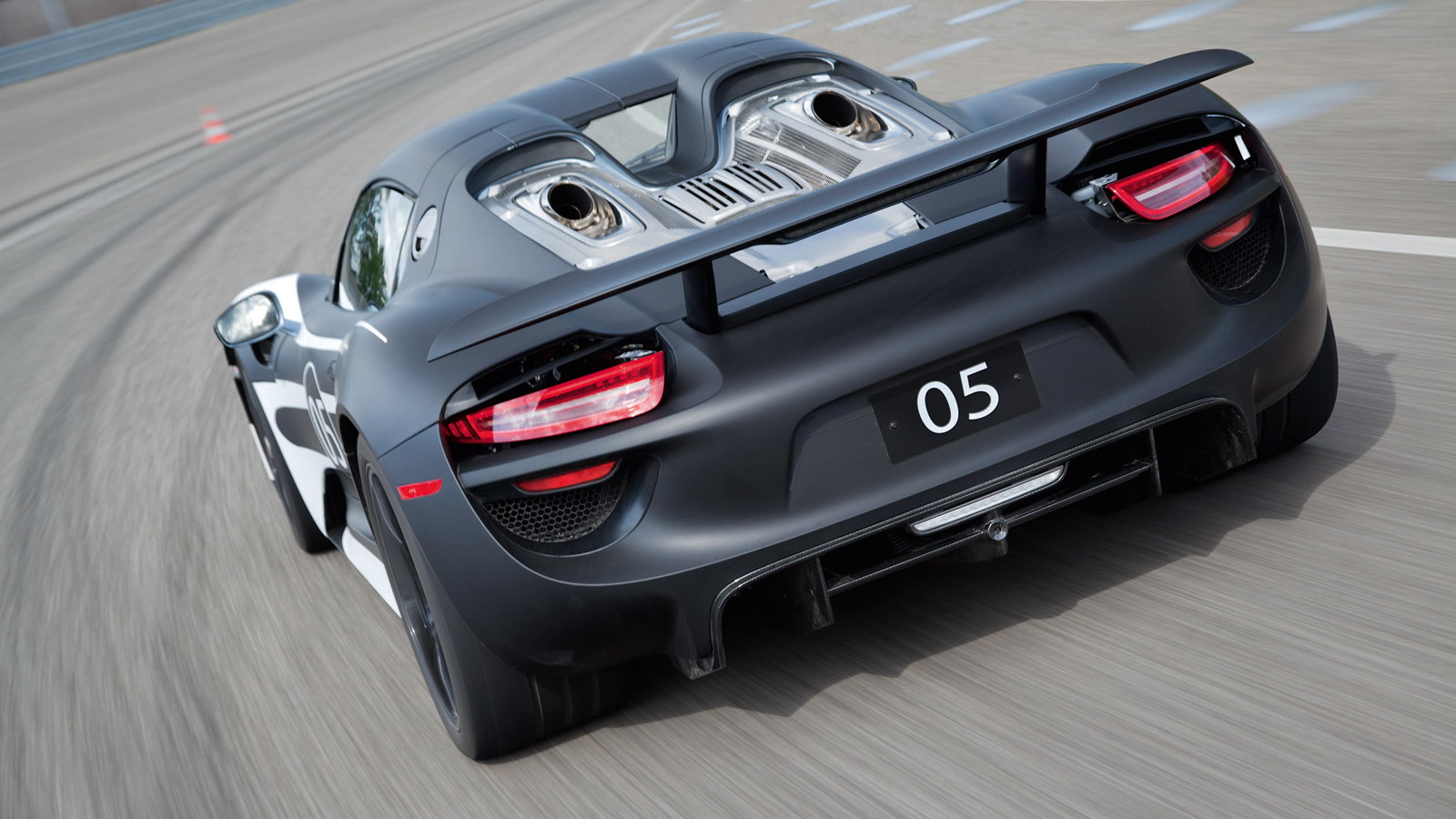 22
photos
Earlier this month the first prototypes for the 2014 Porsche 918 Spyder started testing at secret locations around Europe, and today Porsche has released its own batch of photos of one of the prototypes and confirmed some of the car’s final specs.

Development is now in the later stages though these initial prototypes will continue to evolve until closer to the start of production, which Porsche remains adamant will commence in September of next year.

Porsche has also confirmed that the first customers will receive their completed cars before 2013 is out.

The prototypes, their camouflage harking back to historical Porsche 917 racing cars, signal the final touches to the 918 Spyder. The focus now is on the interplay between the highly sophisticated individual drive components.

While many of the car’s details were revealed with the unveiling of a concept version back in 2010, Porsche has announced today that the production version will feature an enlarged 4.6-liter V-8 engine pumping out close to 570 horsepower. The original concept featured a V-8 with a displacement of only 3.2 liters.

This engine will be matched to an electric motor in parallel and both of these power sources will be used to spin the rear axle only, either together or independently. A second electric motor will also feature and power the front axle exclusively. The combined output of the system should be around 770 horsepower, according to Porsche. The layout will also provide the option of two- and four-wheel drive modes.

Owners will be able to top up the car’s 6.8 kWh lithium-ion battery at home and this should provide an electric-only driving range of about 15 miles and top speed of 93 mph. A brake-energy recovery system working in conjunction with the standard carbon ceramic brake discs will be able to increase that driving range, however. Overall, Porsche is predicting 0-60 times for its 918 Spyder of under 3.0 seconds and a top speed in excess of 202 mph when all power sources are working. The best part is that fuel economy could be as high as 78 mpg.

The sleek, aerodynamic shape is also very close to the concept version of the car, though there are some subtle differences. Relocating the exhaust outlets from the side of the car, as on the concept, to the top of the engine bay, could be about keeping the batteries or other components cool and comfortable.

Inside, there will be seating for only two but a removable two-piece targa roof should add an airy feel to the cabin. The car’s body is mostly carbon fiber reinforced plastic and so is its monocoque chassis.

The suspension, meanwhile, will consist of double wishbones at the front and a multi-link setup in the rear. Porsche has confirmed that an electro-mechanical power steering will be used, though the rear wheels will have their own automatic electromechanical system for individual rear wheel steering.

Now that the mechanical package has largely been finalized, Porsche is mostly focused on the complex software systems to ensure all the individual components of the car work in harmony.

Porsche first gave the 918 Spyder the green light for production back in July, 2010, after reaching a 1,000-buyer threshold the company had set as the benchmark for sufficient interest to support production. The order books opened on the car in March, 2011, at a price of $845,000. In case you’re interested you had better act fast as only 918 individual examples are planned for production.