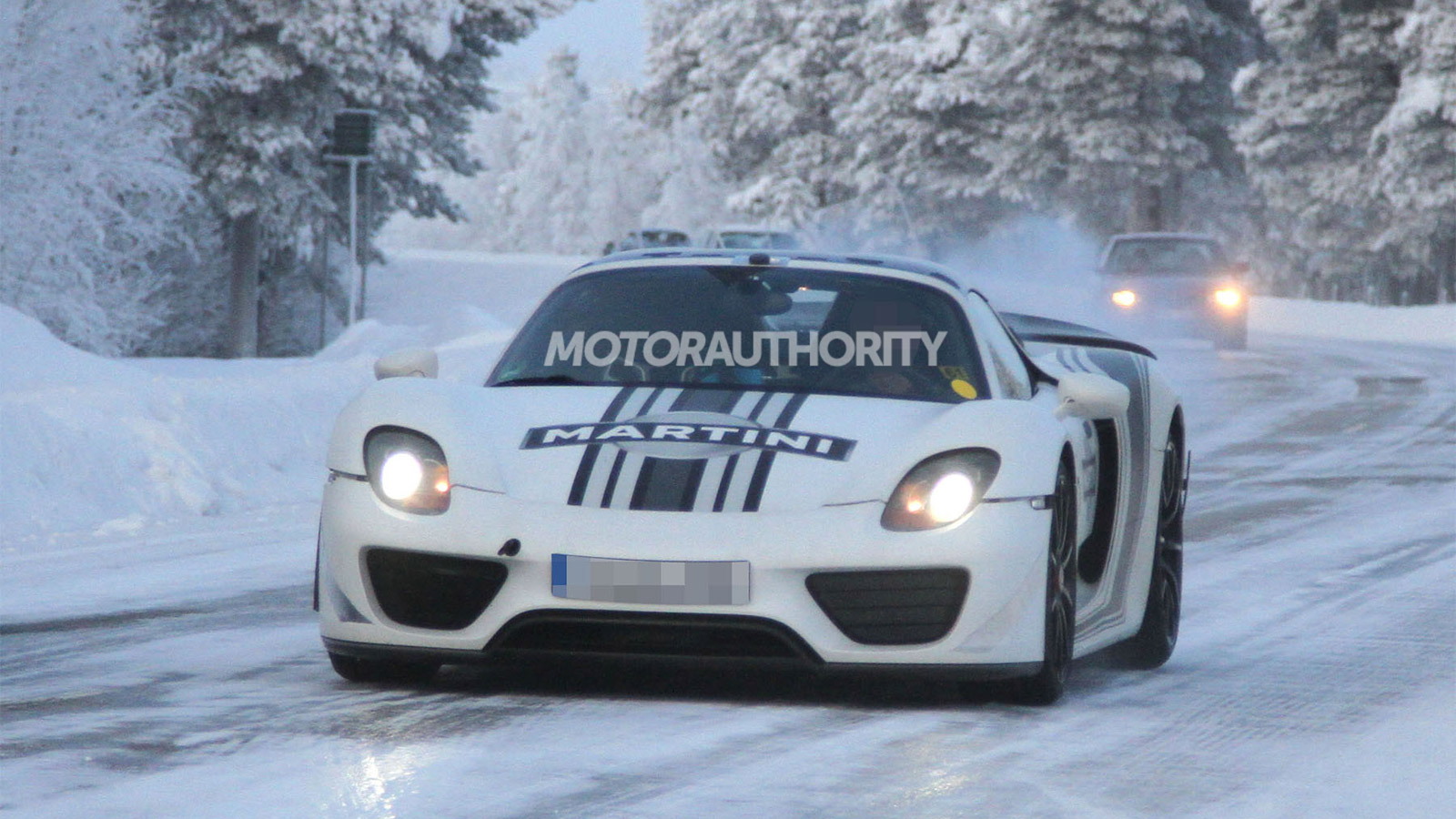 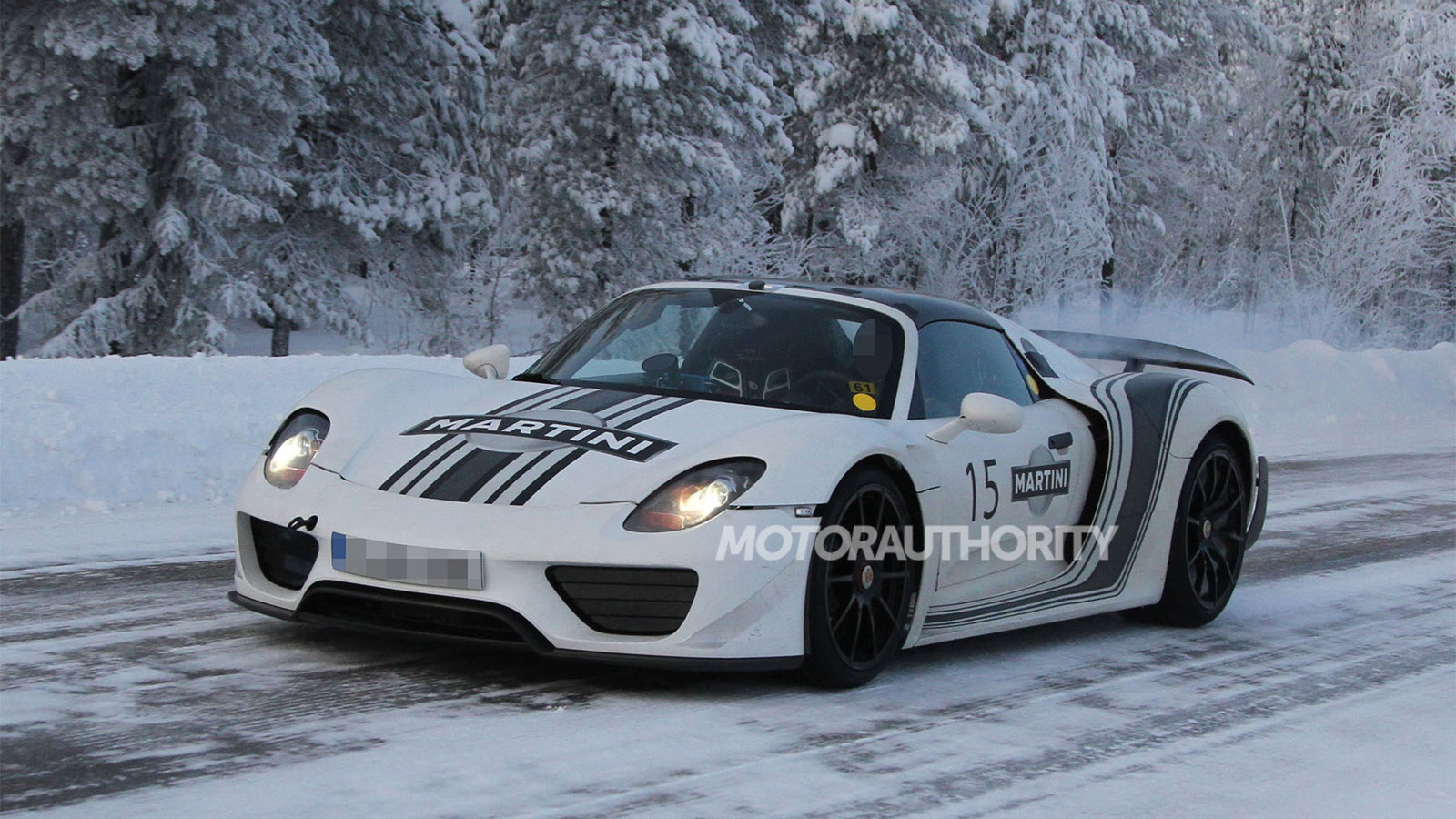 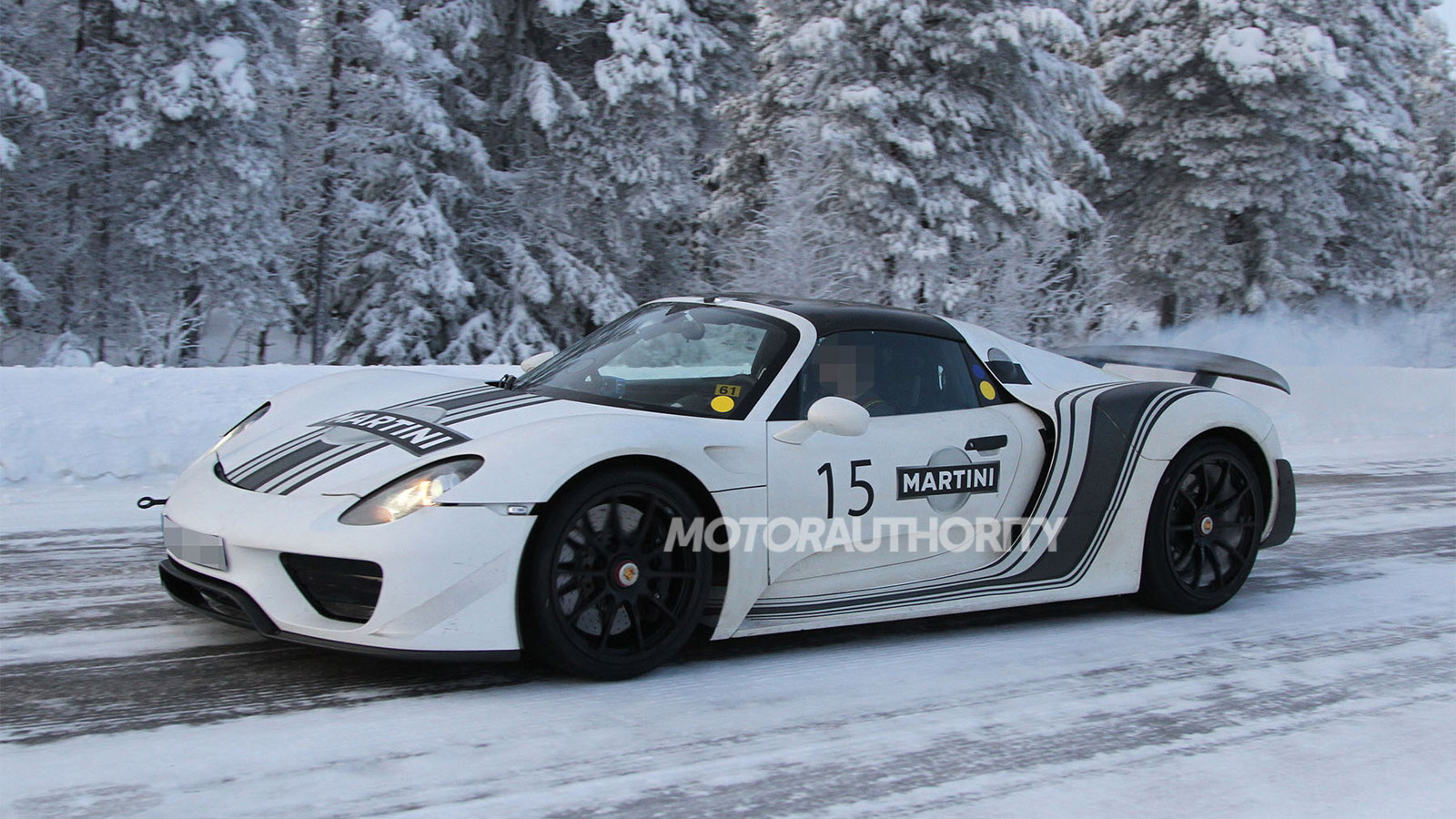 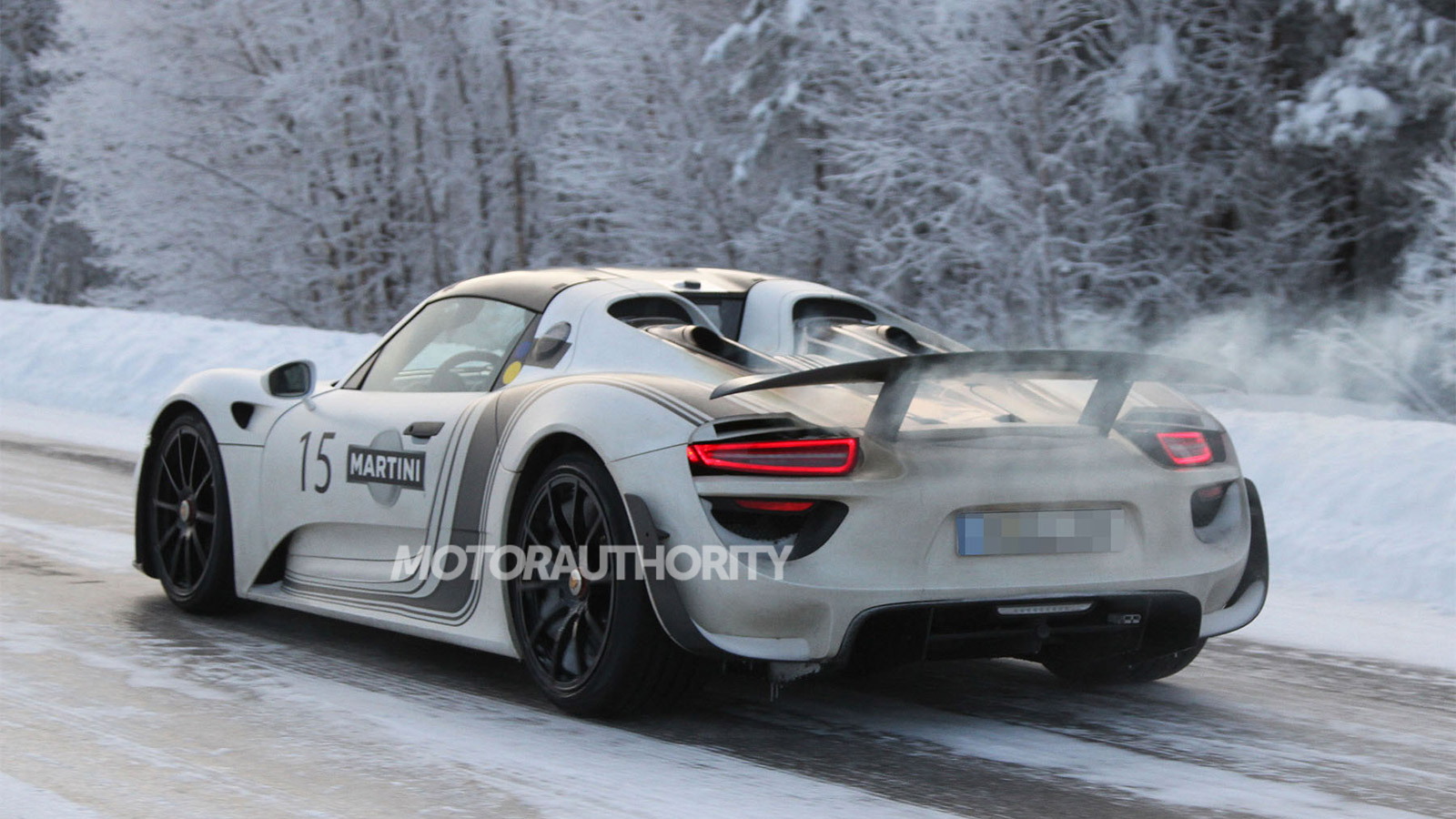 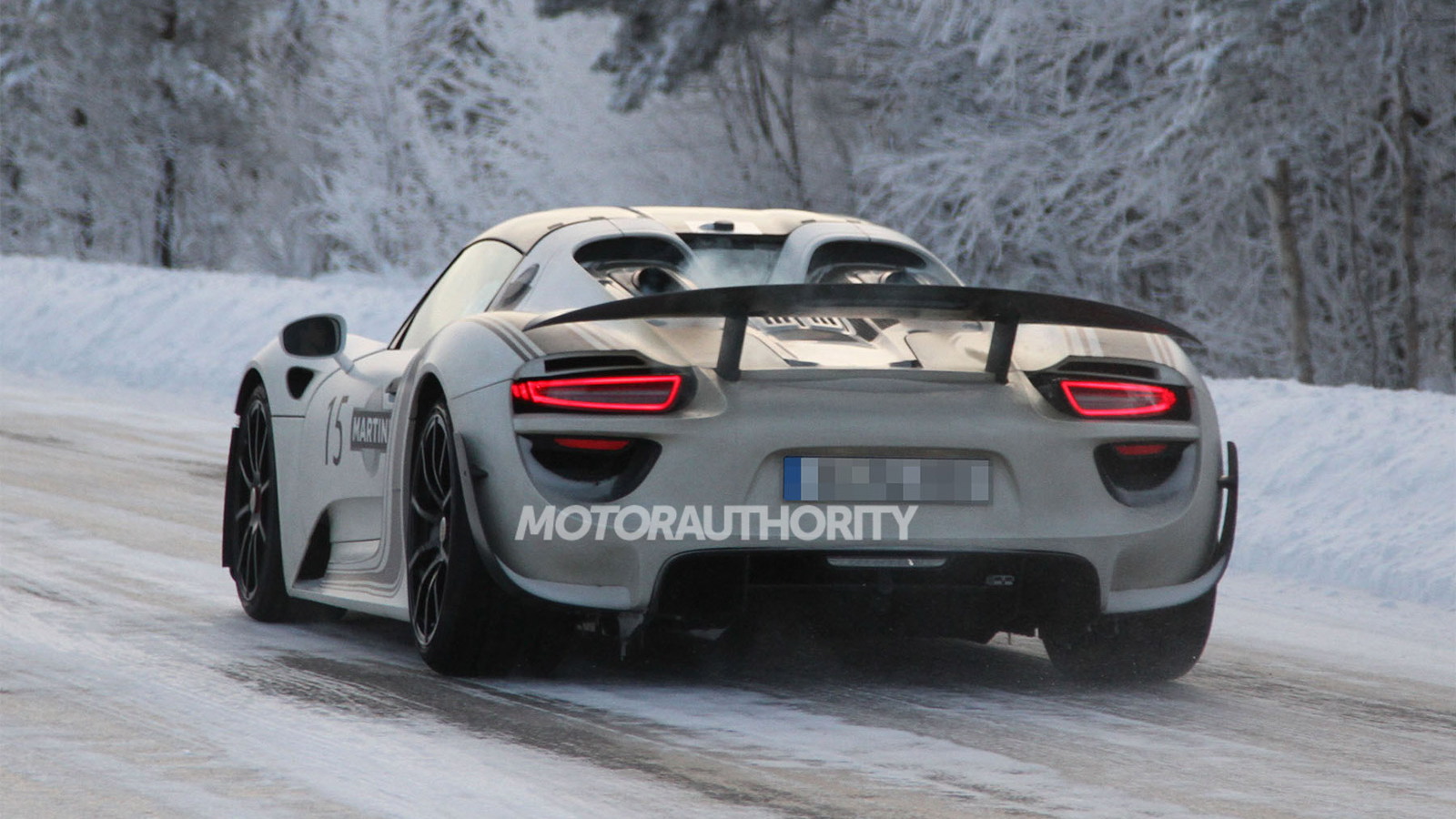 32
photos
The world is changing, especially the automotive world, and hybrids are on the rise. Few will rise as high as the Porsche 918 Spyder, however: it's a 700-plus-horsepower supercar as well as a plug-in hybrid.

These spy shots occupy a somewhat odd place in the hierarchy of cars caught in testing, as Porsche has already released official images of a 918 Spyder prototype, and images and video allegedly depicting the production version have also hit the Web.

The latest shots show the upcoming supercar undergoing cold weather testing, and join previous shots of the car seen driven by Walter Rohrl at the Nürburgring and likely fitted with the car's rumored Race Track package.

The sleek, aerodynamic shape of the 918 Spyder prototype is very close to the original concept version of the car, though a fixed rear wing is in place instead of the concept's retractable design. The tail-lights seen here are also temporary units borrowed from the 911.

Another change present is the relocated exhaust outlets, which have been from the side of the car, as on the concept, to the top of the engine bay. This could be about keeping the batteries or other components cool and comfortable.

The car also appears to have a removable hard top roof insert to transform it into a near-coupe-like vehicle, and it’s clearly donning its optional Martini Racing livery.

While the original concept version packed a 3.4-liter V-8 engine as part of its plug-in hybrid system, the production version has been upgraded to a 4.6-liter V-8. The output of the bigger engine has been confirmed at 570 horsepower, and together with the plug-in hybrid system, which adds a pair of electric motors, output of the 918 Spyder should hover around 770 horsepower.

Overall, Porsche is predicting 0-60 times for its 918 Spyder of under 3.0 seconds and a top speed in excess of 202 mph when all power sources are working. The best part is that fuel economy could be as high as 78 mpg.

The automaker has also confirmed the car is capable of lapping the Nürburgring-Nordschleife in just 7 minutes and 14 seconds--that’s about 14 seconds quicker than the Carrera GT and best only, in terms of production cars, by the stripped-out Dodge Viper ACR and Gumpert Apollo Sport. 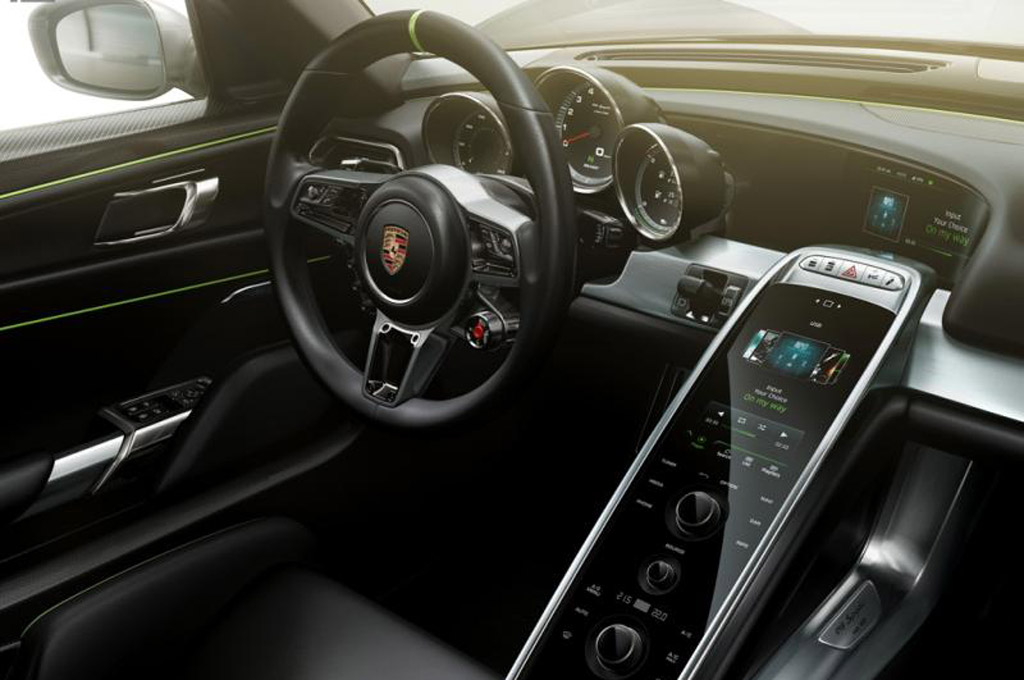 Porsche gave the 918 Spyder the green light for production back in July, 2010, after reaching a 1,000-buyer threshold the company had set as the benchmark for sufficient interest to support production. The order books opened in March 2012, with the pricetag set at $845,000.

Porsche plans to limited production to just 918 examples, thus already creating a sense of exclusivity for those owners fortunate to have their orders confirmed. Production will commence on September 18, with the first customer cars to be delivered towards the end of the year or in early 2014.

For our complete coverage on the Porsche 918 Spyder, click here.