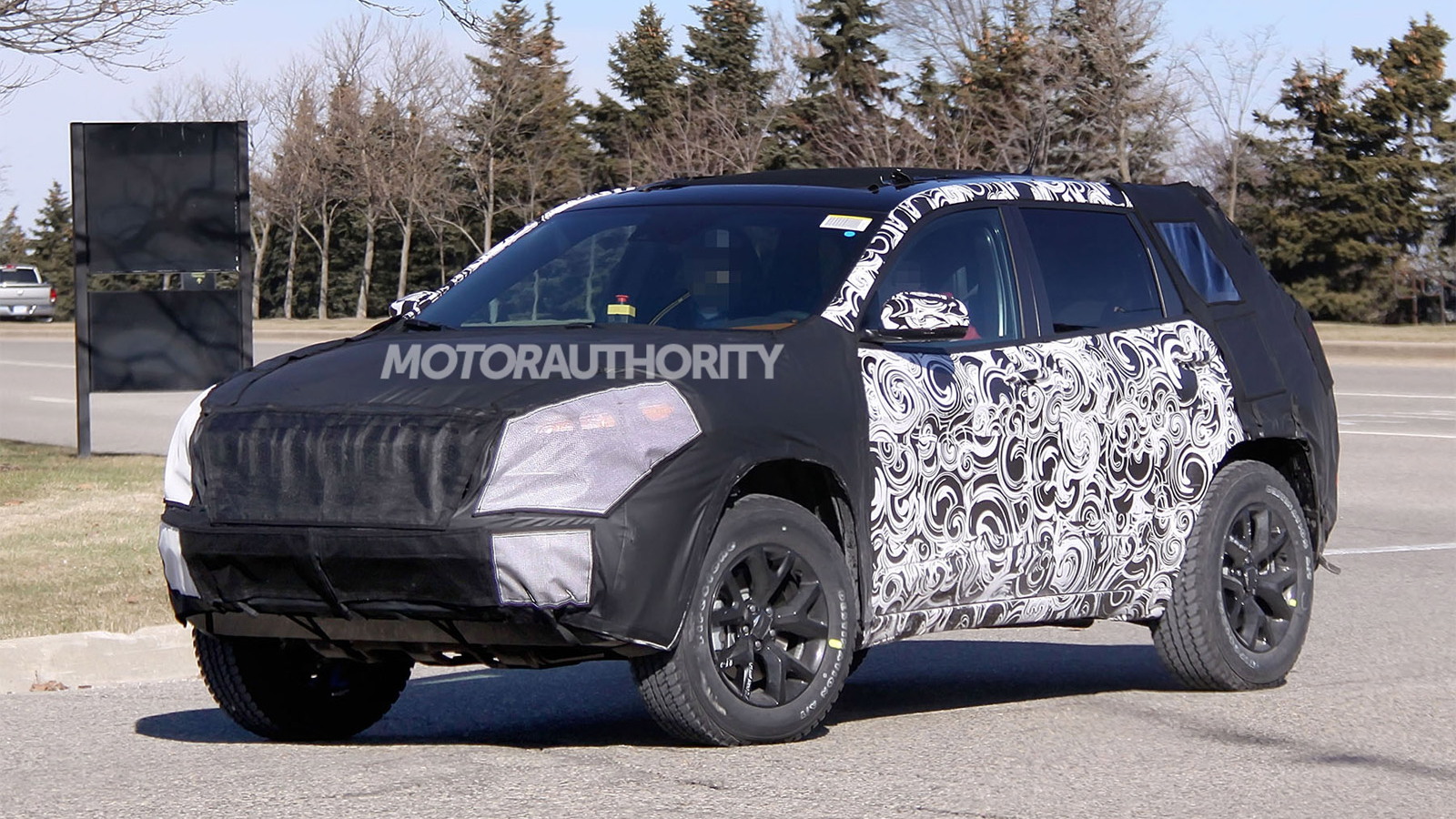 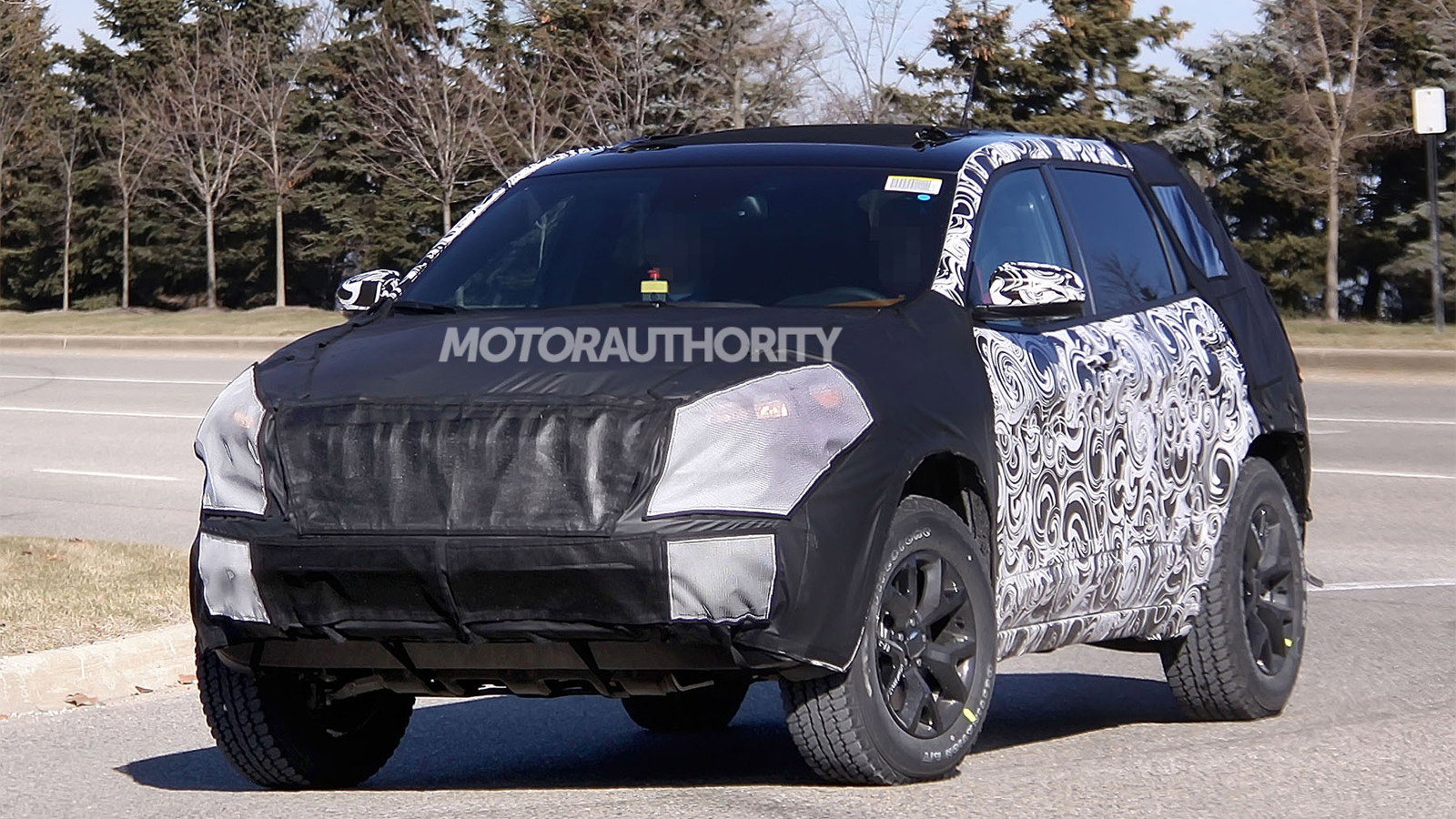 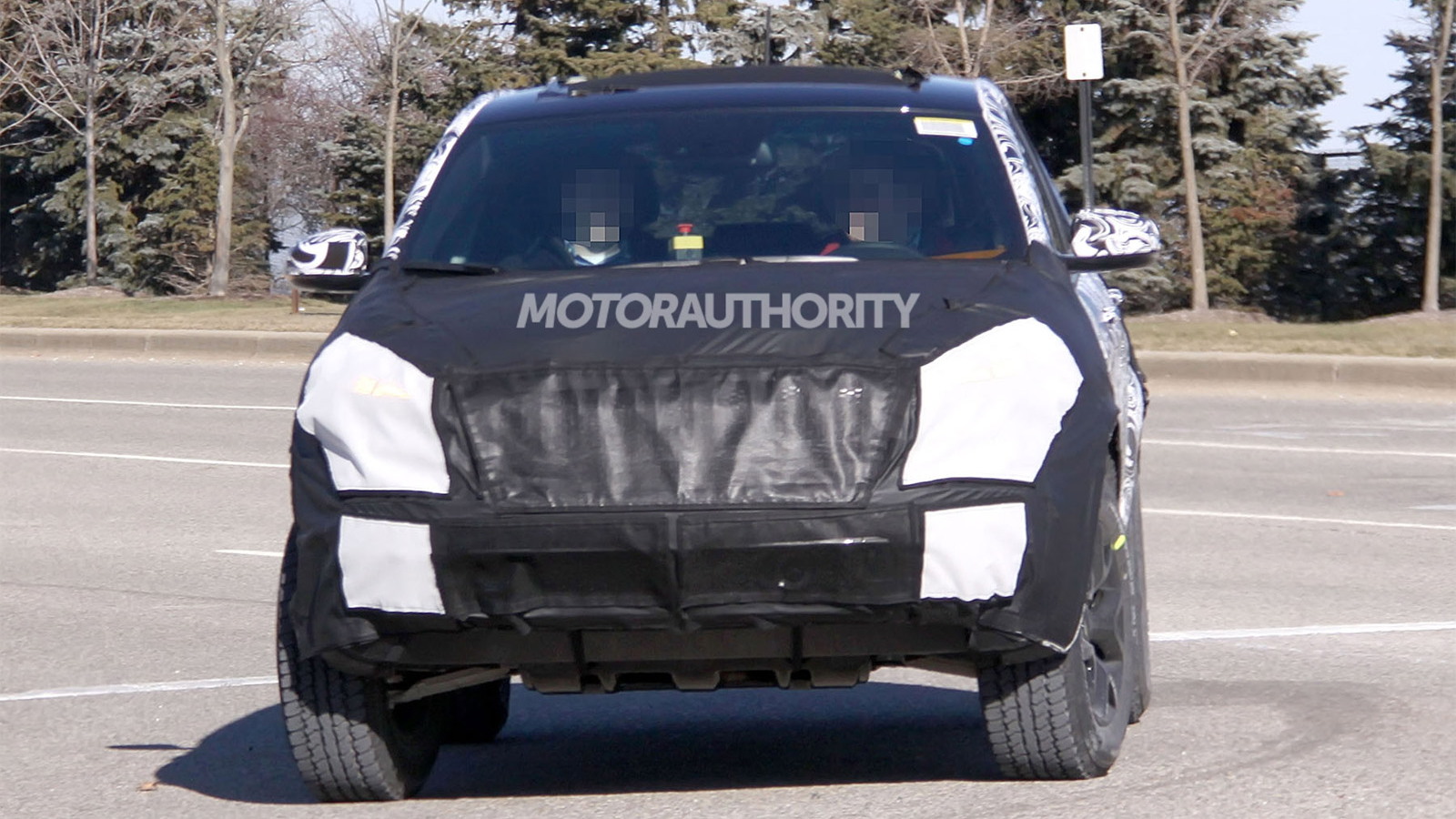 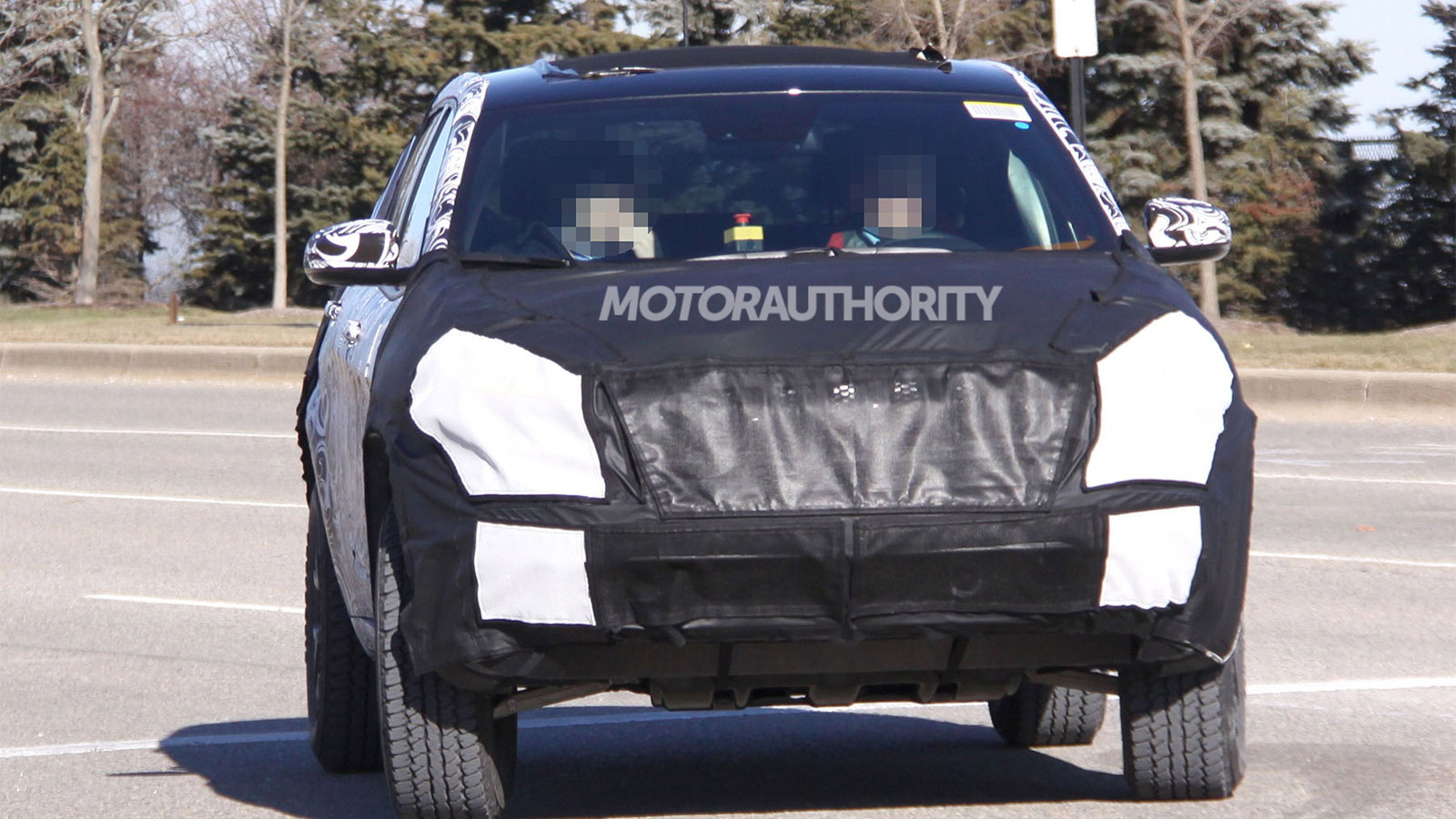 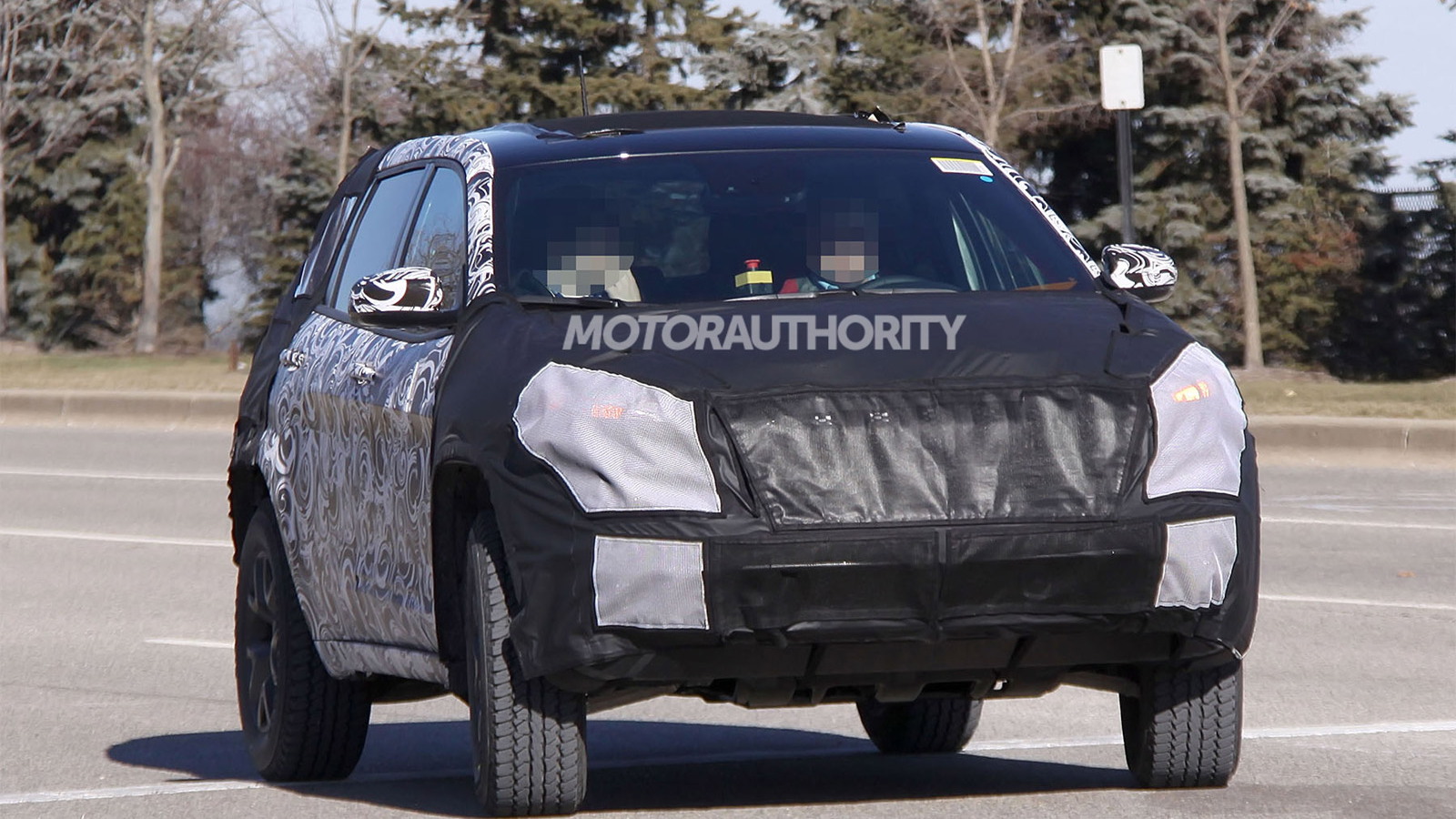 9
photos
Following the earlier sighting of crudely-built test mules, the first completed prototypes for the 2014 Jeep Liberty have now been spotted testing ahead of the vehicle’s debut later this year.

While it’s not clear whether the new vehicle will retain the Liberty name, or possibly end up reviving the Cherokee nameplate, we do know it will be based on the front-wheel-drive Compact U.S. Wide (CUSW) platform found in a variety of vehicles including the Alfa Romeo Giulietta and Dodge Dart.

In fact, earlier test mules for this 2014 Liberty/Cherokee were using makeshift Giulietta bodies to hide their mechanicals.

The CUSW platform is crucial for Fiat and Chrysler as it will also underpin important models such as the Alfa Romeo Giulia and next-generation Chrysler 200 sedans.

The adoption of this platform for the next-generation Liberty sees the vehicle move towards true crossover status, although it should still offer all-wheel drive and Jeep’s Trail-Rated classification. The kinder, gentler positioning should allow the vehicle to better compete against top sellers in the small crossover segment such as the Honda CR-V and the Toyota RAV4.

While hardcore Jeep fans may lament the decision to make the next-generation Liberty more of a crossover than a true SUV, the good news is that it will likely benefit from some advanced technology. Chrysler is reportedly planning a downsized version of its award-winning 3.6-liter Pentastar V-6 engine, and this smaller engine is expected to debut in the new Liberty.

There’s also a chance that the new engine will be matched with a nine-speed automatic supplied by Germany’s ZF. With the extra gear ratios, the new downsized V-6 is said to be comparable in performance with the current 3.6-liter unit.

Production of the next-generation 2014 Jeep Liberty will take place at Chrysler’s Toledo North Assembly plant in Ohio. The plant recently underwent renovations to retool it for the new crossover, which will be making its world debut possibly as early as March’s 2013 New York Auto Show.

Sales should start shortly after its auto show debut, with pricing expected to be similar to the $23,395 sticker of the former Liberty.