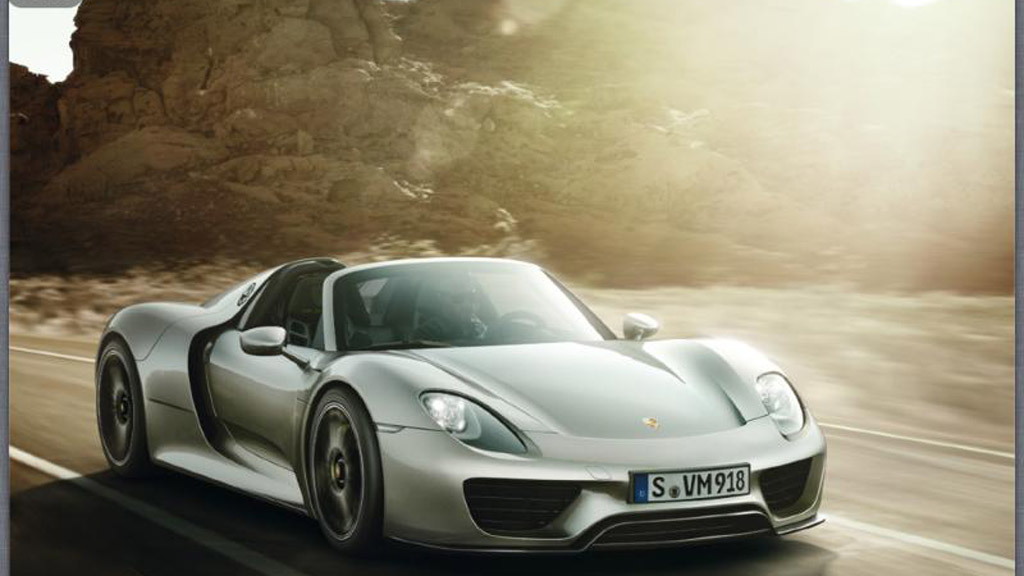 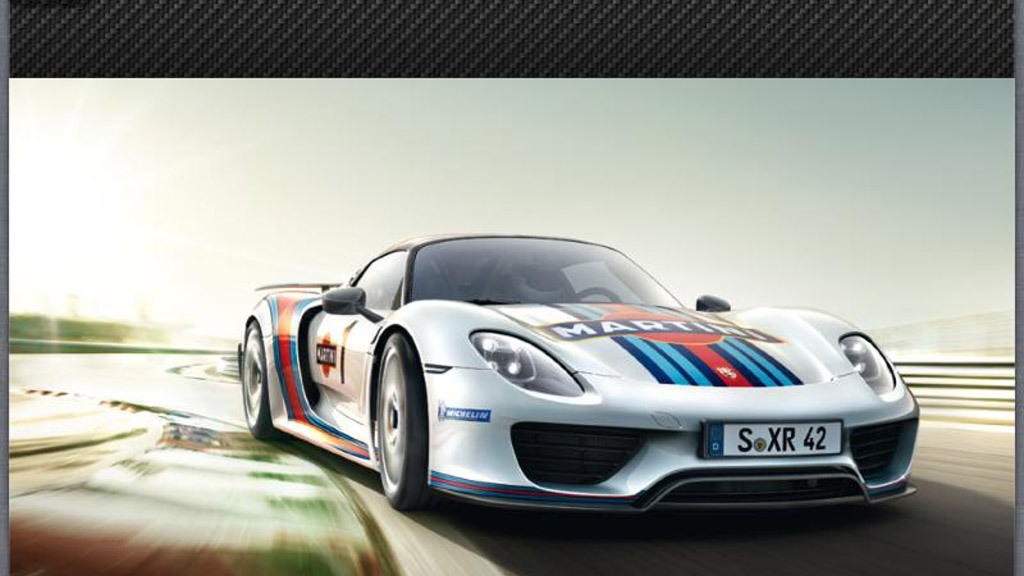 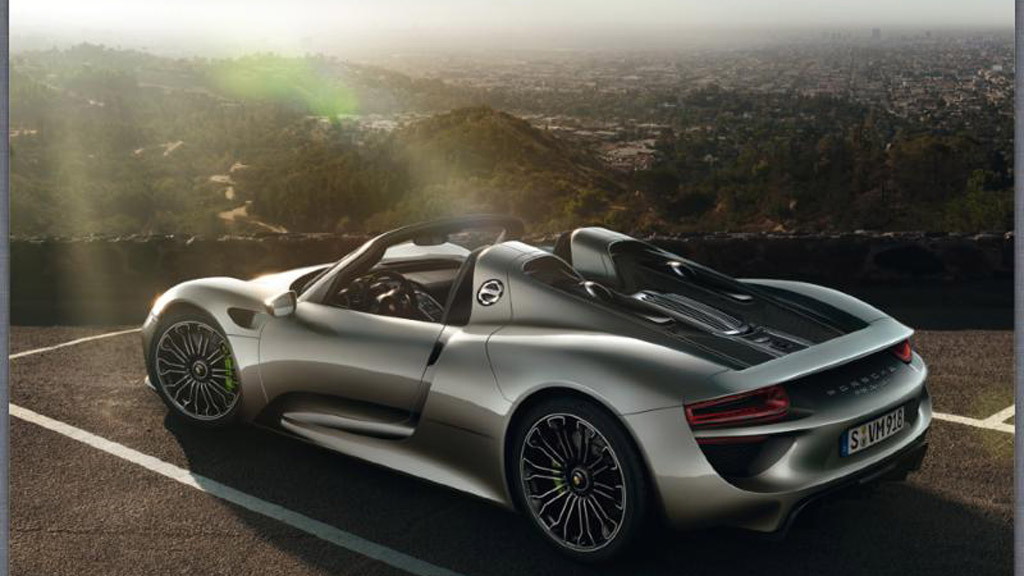 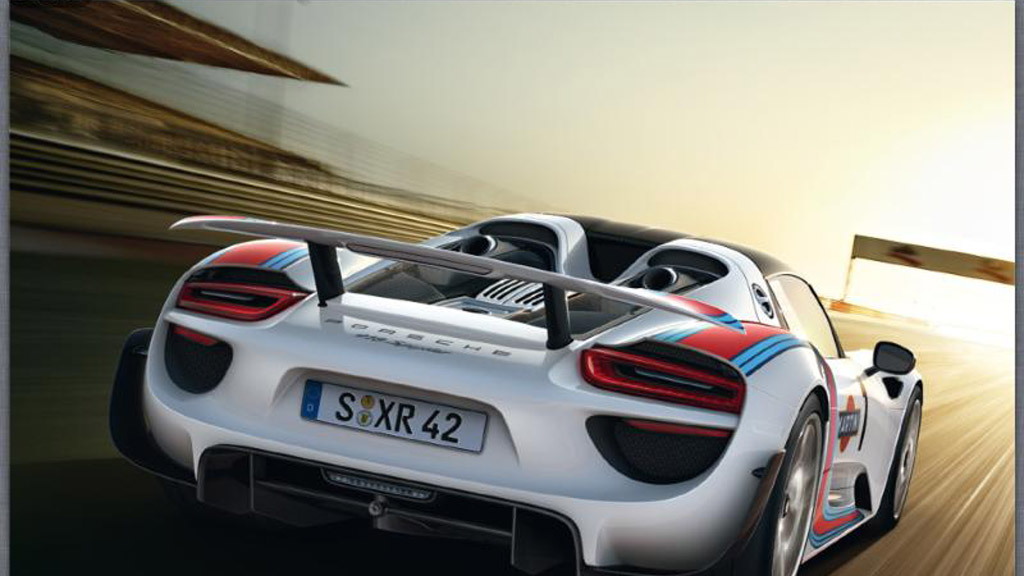 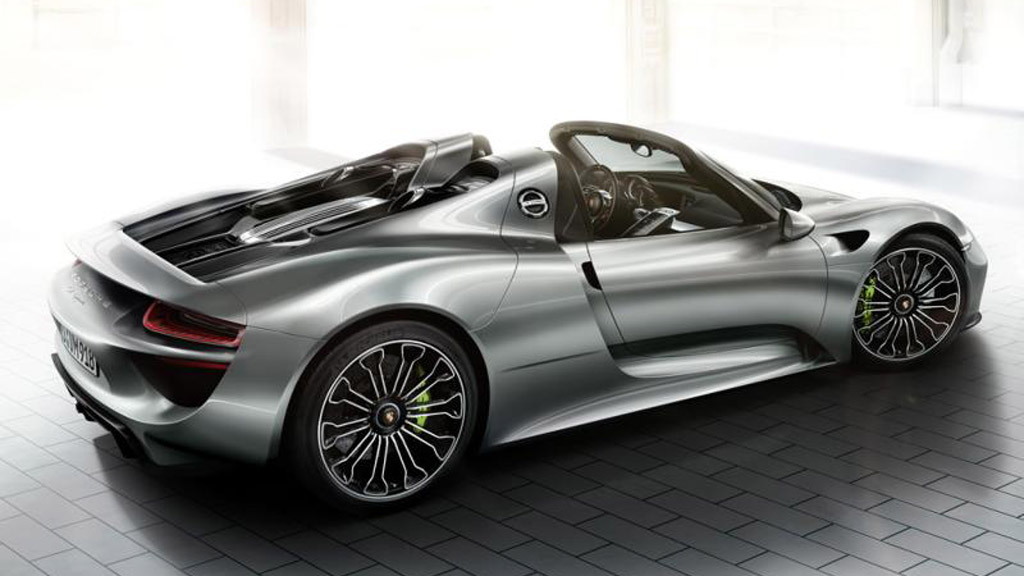 17
photos
Following yesterday’s announcement from Porsche of a 7:14 Nürburgring lap time for its upcoming 918 Spyder plug-in hybrid supercar, we now have the first details on the car’s powertrain specs and even a couple of glimpses of its interior.

Alleged brochure scans for the Porsche 918 Spyder have hit the Web, revealing tasty info such as the power and torque levels, available options and even a warning that certain available liveries are ban in some markets.

As we already know, the 918 Spyder will come with an advanced plug-in hybrid drivetrain consisting of a 4.6-liter V-8 and seven-speed PDK dual-clutch transmission matched to a pair of electric motors, in parallel. This means the car will be able to run in either electric-only, gas-only or hybrid modes. And since there are power units on both axles, it will also have all-wheel drive capability.

Thanks to the brochures, we can reveal that the 4.6-liter V-8 will deliver peak power of 580 horsepower on its own. The two electric motors add a further 215 horsepower, bringing the 918 Spyder’s peak power rating to an impressive 795 horsepower.

Torque, meanwhile, peaks at about 368 pound-feet for the V-8, at around 6,500 rpm. However, due to electric motors delivering their peak torque at close to zero revs, the 918 Spyder looks to be capable of delivering a combined torque figure of close to 626 pound-feet at just 2,000 rpm!

This should guarantee the car meets Porsche’s acceleration claim of less than 3.0 seconds for the 0-60 run. Top speed is said to be somewhere around 202 mph.

In addition to the engine stats, the brochures also reveal items such as Liquid Metal paint and a new Weissach Package, the latter delivering a more track-focused experience by removing amenities such as the audio system, air conditioner and numerous other ‘comfort’ items in order to save around 77 pounds.

We also get a preview of two different wheel designs for the 918 Spyder, one of which looks very similar to the pattern on the original concept of the same name. Both designs feature a central-locking cap, just like the Carrera GT. The 918 Spyder will feature 20-inch wheels up front and a 21-inch pair at the rear.

One useful feature of the car will be a lift system that can raise the front-end by up to 30 millimeters to aid traversing steep driveways, speed bumpers or onto racing transporters. At this raised height, the car can still be driven at speeds of up to 31 mph.

Like the drivetrain, the interior of the 918 Spyder is thoroughly modern, coming with several LED panels and a large center column trimmed in aluminum and glass and featuring numerous controls on a smartphone-like glass surface.

Though the Porsche 918 Spyder looks almost ready for its international auto show debut, production of the car isn’t scheduled to start until September of next year. This means deliveries in the U.S. won’t likely commence until sometime in early 2014. Despite a pricetag of $845,000, it’s likely close to all 918 examples planned for production are already accounted for.

Head over to Teamspeed for more details.