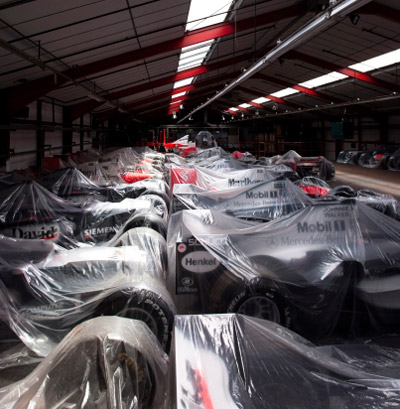 At a closely guarded location in England’s south is an ordinary looking warehouse that only a handful of people outside of the McLaren staff have ever been allowed inside.

The warehouse, known simply as Unit 2, is home to the biggest collection of McLaren cars, including production models and Formula 1 racers, but soon almost half the cars held there will be moving out.

While other teams sell their older F1 cars to fans, McLaren has been holding on to all of its race cars since 1981 when Ron Dennis first took control of the team.

Ferrari, for example, has sold many of its historic F1 cars and even organizes races for owners through its F1 Clienti program. McLaren, on the other hand, has been keeping its cars secure but soon they will go on display at the automaker’s dealerships all around the world.

At its peak, Unit 2 held around 75 of McLaren’s F1 cars, which over half a century of racing have won twenty drivers' and constructors' world championships. Their combined value is simply incalculable, but also irrelevant, as they will never be offered for sale.

The cars are all perfectly maintained and in full working condition, and their air intakes still bear the names of the greats who drove them, from Senna and Prost to Hamilton and Button. Around them is arranged everything the McLaren engineers need to get them running again: neatly stacked rows of period wheels and tires; the jacks made to fit each successive design of car, and even long-obsolete laptop computers needed to run the software that some of the cars require. 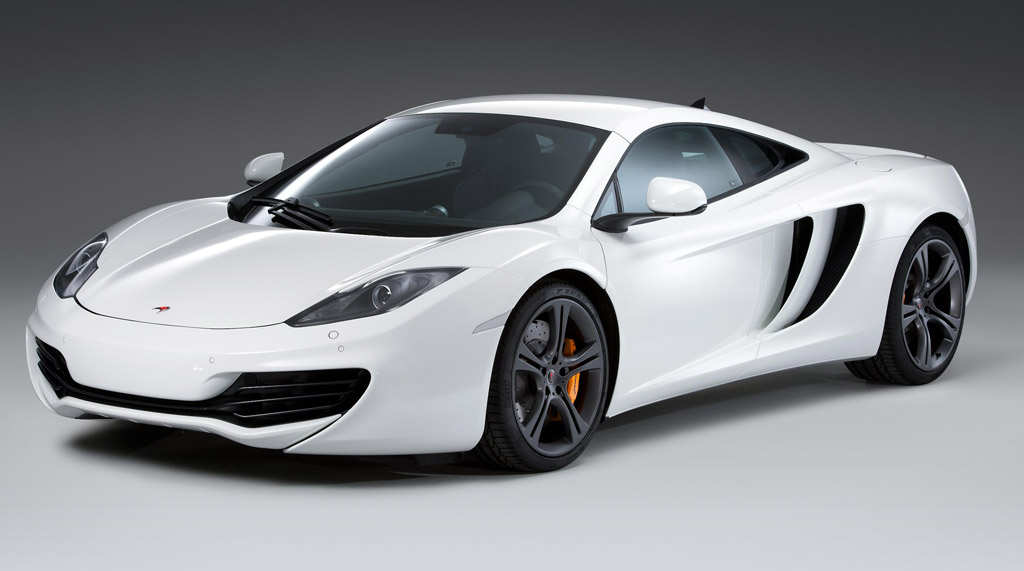 Now, with the launch of the MP4-12C and upcoming ‘P12’ F1 successor, the dust sheets are being pulled off and the treasures of Unit 2 will be seen far more widely. McLaren is opening 35 showrooms by the end of 2012 to sell its new supercars and every one will have a Unit 2 car on display when it opens--not a plastic mockup, but the genuine thing.

The first to be sent out was Lewis Hamilton's 2008 championship-winning MP4-23 which was hung over the entrance to the London showroom at One Hyde Park. Every other McLaren retailer has been allocated a car and McLaren's team of historic experts has prepared them.

In many cases, the cars have a specific link with the location. The dealership in Brussels, for example, will get the 2004 MP4-19 that Kimi Raikkonen won the 2004 Belgian Grand Prix in. Ayrton Senna won the 1993 Monaco Grand Prix in the MP4-8, so that's what you'll see in the principality. James Hunt won the 1976 U.S. Grand Prix in a McLaren M26 and you'll find one in the Philadelphia dealership. Not all heritage cars are from Formula 1 competition: Dallas gets a McLaren M16 from the same era, one of the greatest-ever Indy cars with three victories in the legendary race. 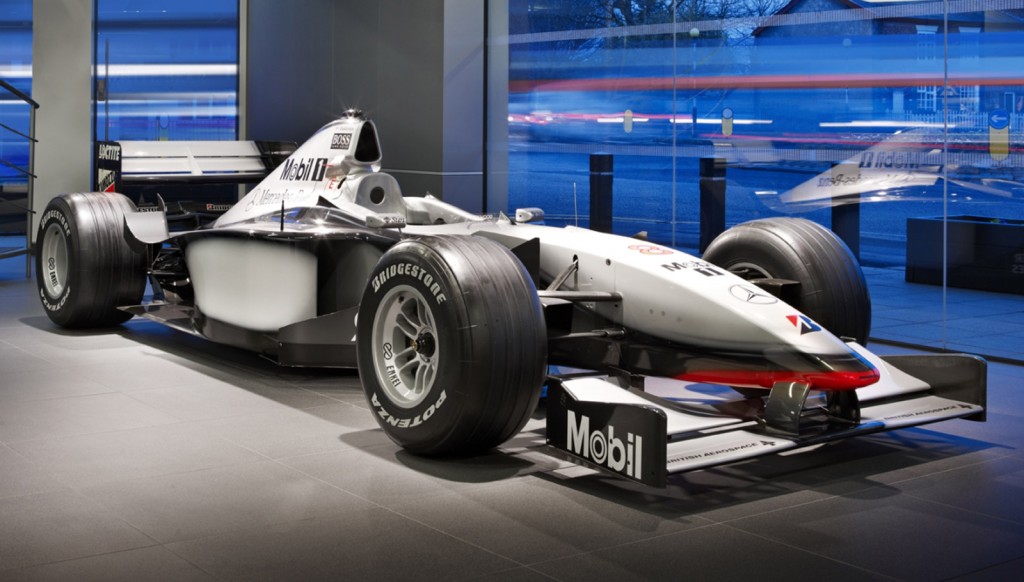 One of the ‘Unit 2’ cars at McLaren’s dealership in Manchester, England