';
In 2010, McLaren showed off its MP4-12C supercar prototype to an appreciative crowd at the Goodwood Festival of Speed, and last year used the event to debut its MP4-12C GT3 racer. It stands to reason, then, that McLaren will mark this year’s Festival of Speed with another product introduction.

This time around, though, it’s not nearly as dramatic as in previous years. McLaren will be showing an “enhanced performance and styling package” for the MP4-12C, which includes a boost in horsepower from 592 to 616, quicker shifting, enhanced throttle response, new paint options and new interior trim options.

Showing off the new MP4-12C variant will be none other than McLaren-Mercedes F1 star Jenson Button, scheduled to drive a Volcano Red 12C up the hill at Goodwood. The new car (a production prototype, actually) will wear forged alloy wheels with a Diamond Cut finish, and will be used to show-off McLaren’s latest leather interior options. 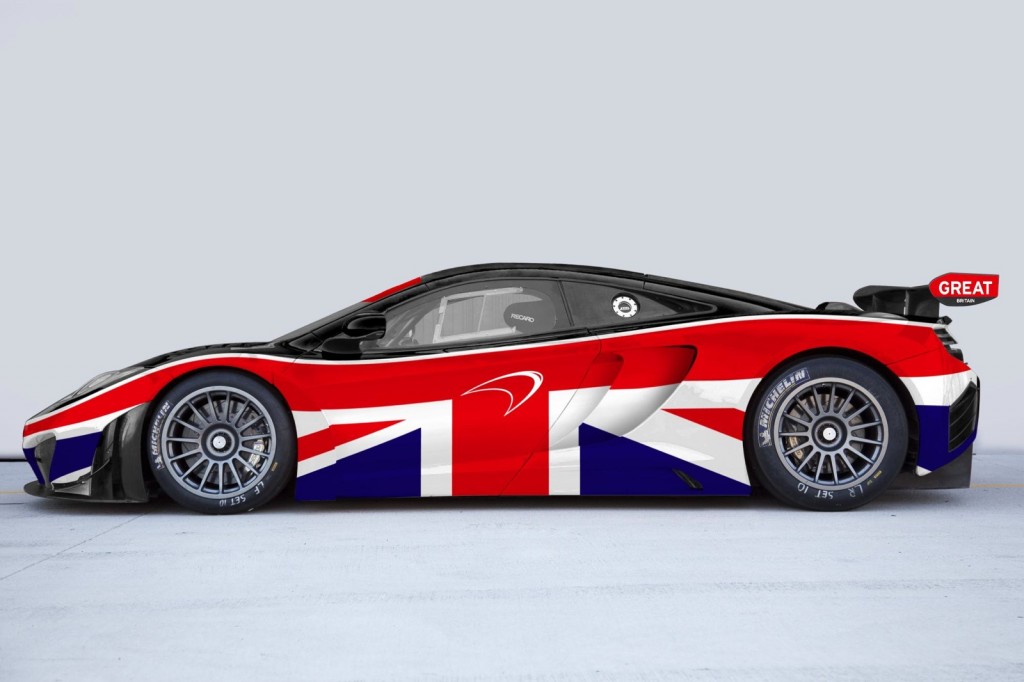 If a Volcano Red MP4-12C is a bit too subtle for your tastes, McLaren will also be showing off a “GREAT” themed MP4-12C GT3, complete with Union Jack graphics. Initiated by the Prime Minister’s Office and Department for Culture, Media and Sport, the GREAT program is designed to highlight Britain’s international reputation, stimulating both tourism and trade.

We’re not sure how much help the flag-wrapped MP4-12C GT3 will be, but the car is indeed eye-catching. If you’re lucky enough to be at Goodwood this weekend, you can watch it run up the hill in Batch 3 on Friday, Saturday and Sunday.