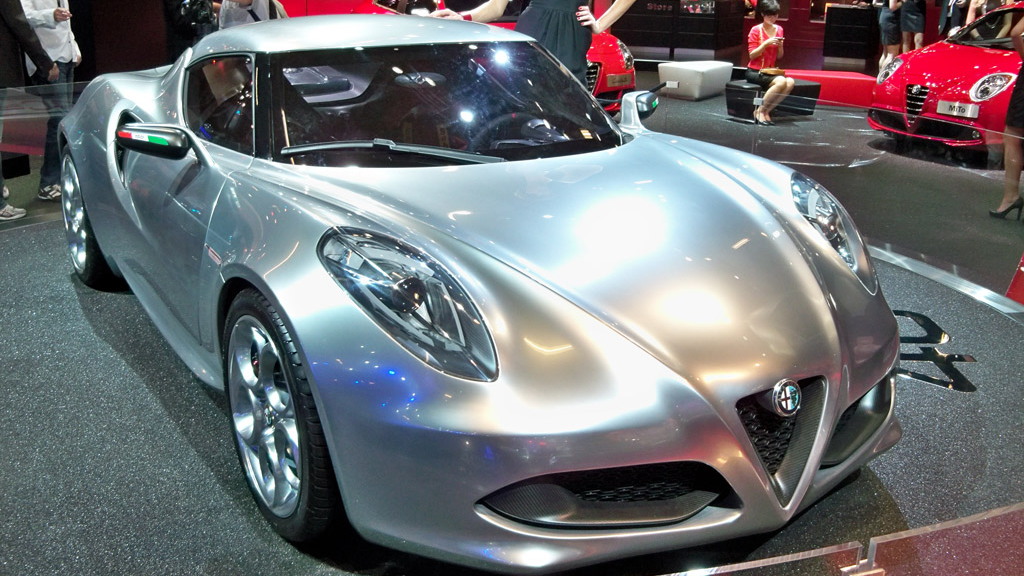 11
photos
The Alfa Romeo 4C is one beautiful little coupe, even now, more than a year on from its first showing as a concept car. It's headed to production, and likely even the U.S., and now, it looks like it might arrive early.

That's great news for sports car fans, as the punchy little style-monger is expected to go for about $45,000 while ticking the sub-1,900-pound and over-200-horsepower boxes.

According to Autocar, deliveries for the Alfa 4C weren't going to begin until early 2014 under earlier plans, though we've known for some time that production was expected to begin the ramp-up process sometime in 2013. Now, it looks like the car could be ready for prime time as early as next summer.

Unfortunately, only about 20,000 are thought to be planned for the car's entire five-year run, meaning that they'll likely go for a premium over the relatively reasonable sticker price. As many as 10,000 additional 4C Spyders may be built, however, meaning a total of about 30,000 4Cs could see construction.

Only a portion of those will land in the U.S., but we'll be keeping our feelers out for the first to arrive, and hopefully, we'll be able to bring you our first-drive impressions even before that.