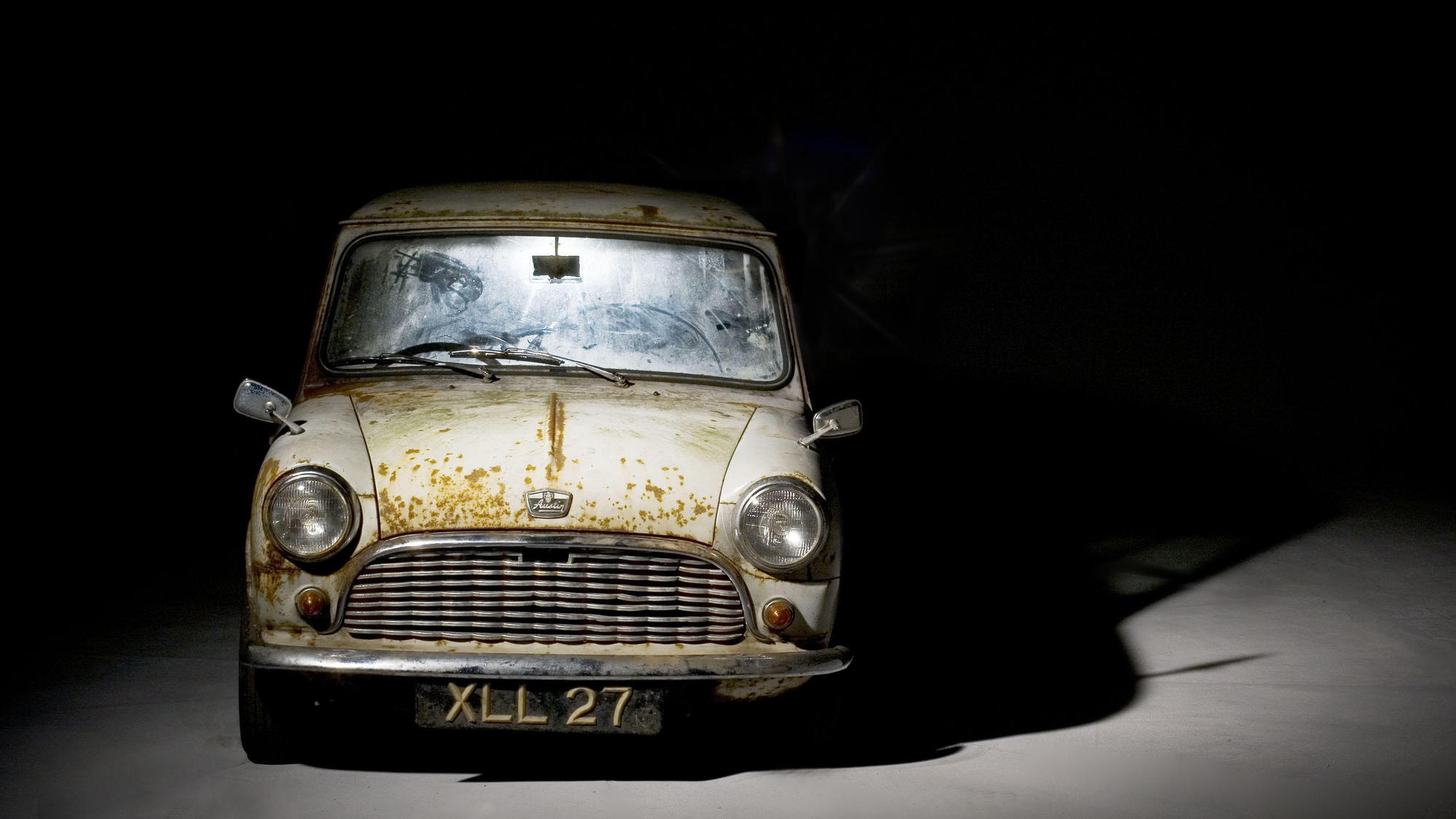 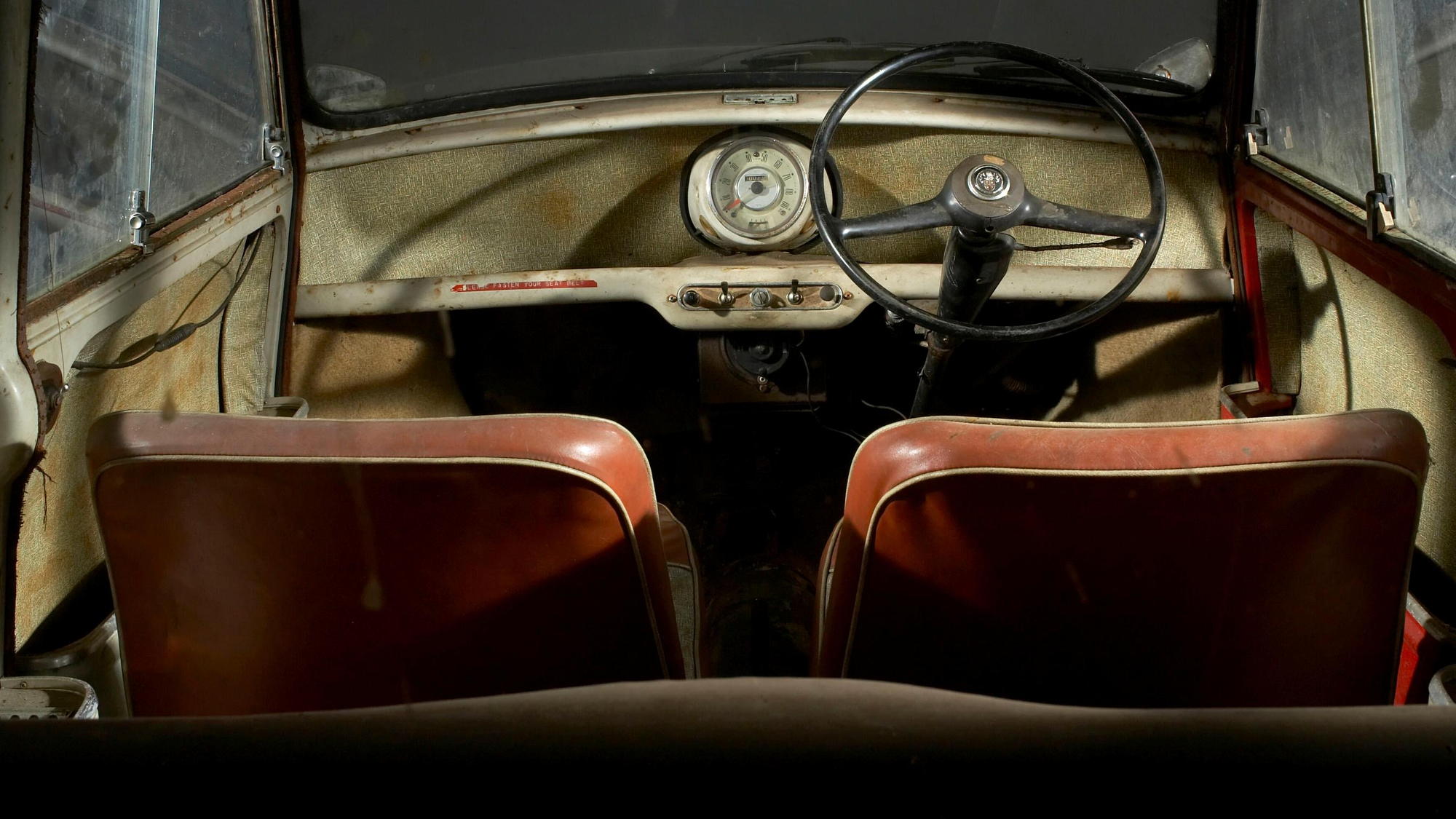 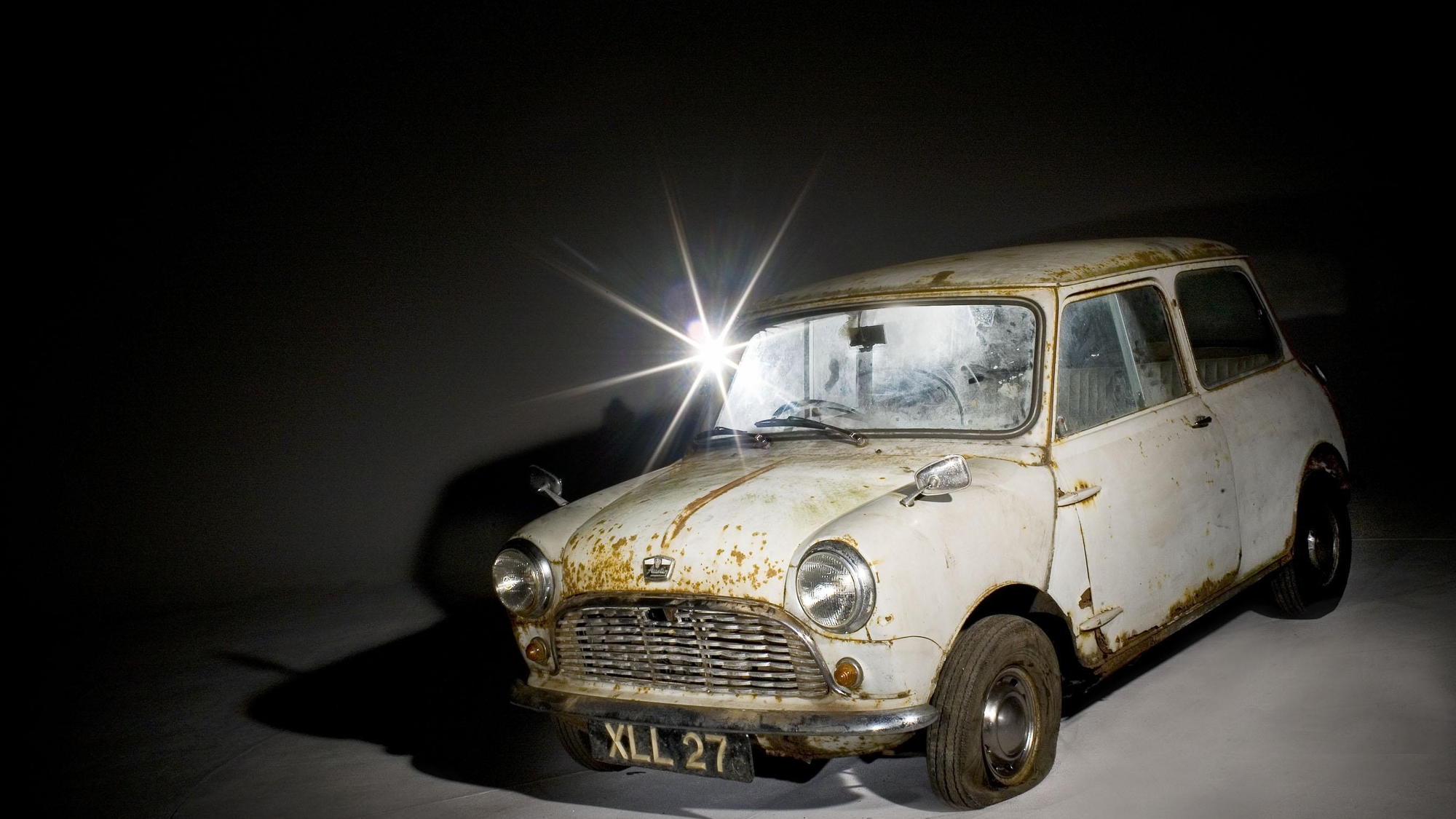 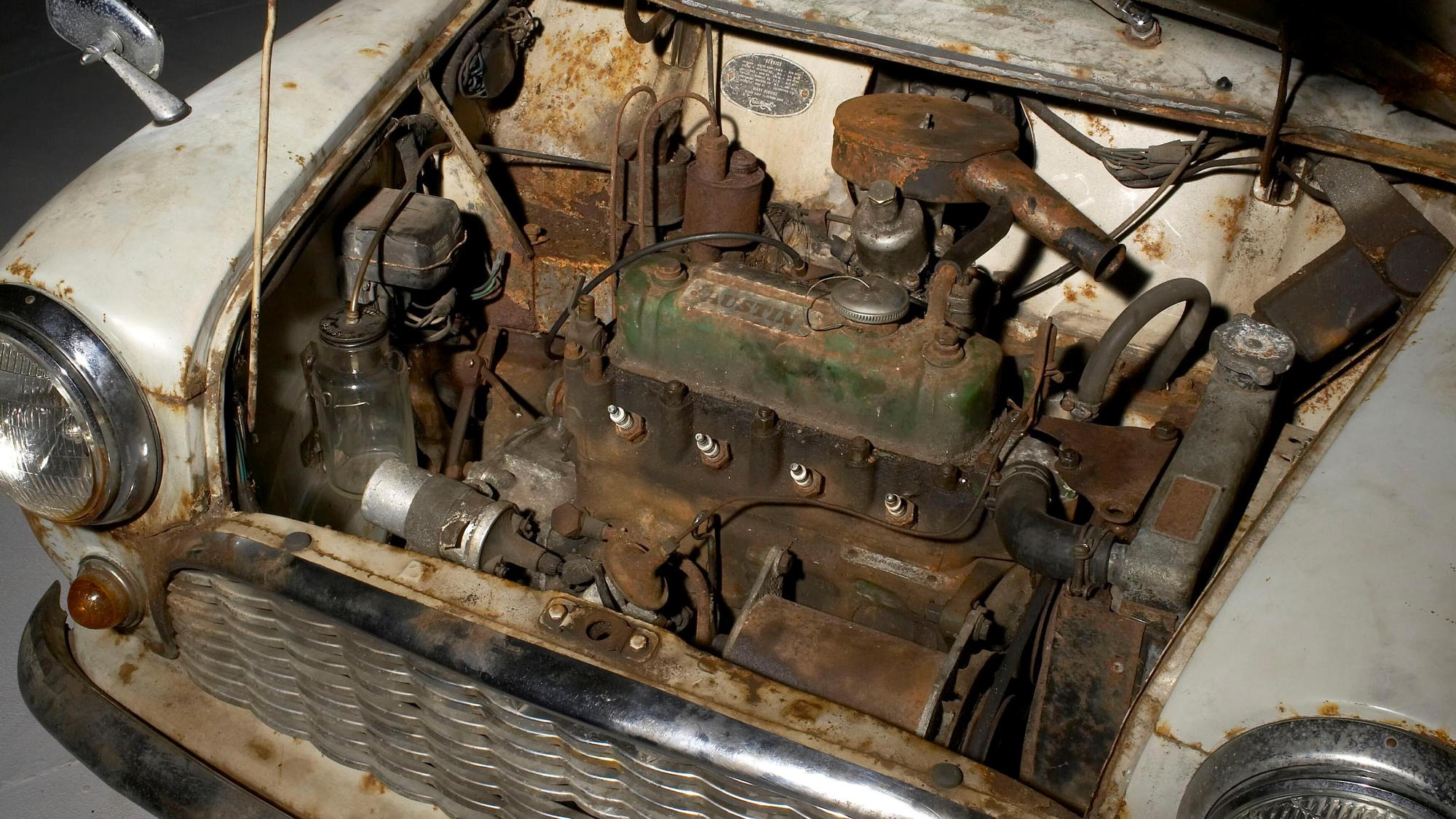 4
photos
Grungy, gunky, funky, and rusty, this Austin Mini Se7en De Luxe is said to be the oldest surviving unrestored Mini in the world. Built in May 1959, it's the eighth Se7en De Luxe ever made. And now it belongs to one lucky (?) new owner, who ponied up the £40,250 it took to win the Bonham's auction.

In relative terms, that's a bargain for owning a piece of automotive history. Sure, it doesn't run, and it's most likely not a candidate for restoration unless you like ruining decades of authentic patina, but as an exhibit, a sort of once-rolling sculpture, you could do much worse.

This particular car, registration number XLL 27, chassis number AA2S7/108, is thought to be the fourth-oldest surviving Mini, period. The only other ones are in collections in the U.K. and Japan.

Sadly, while it's almost completely original, there have been a few items replaced: the driver's door being chief among them. The original Farina Grey paint remains (where it's not turned into rust), and the engine, transmission, and interior are all original and intact. The odometer shows a total of 30,041 miles.