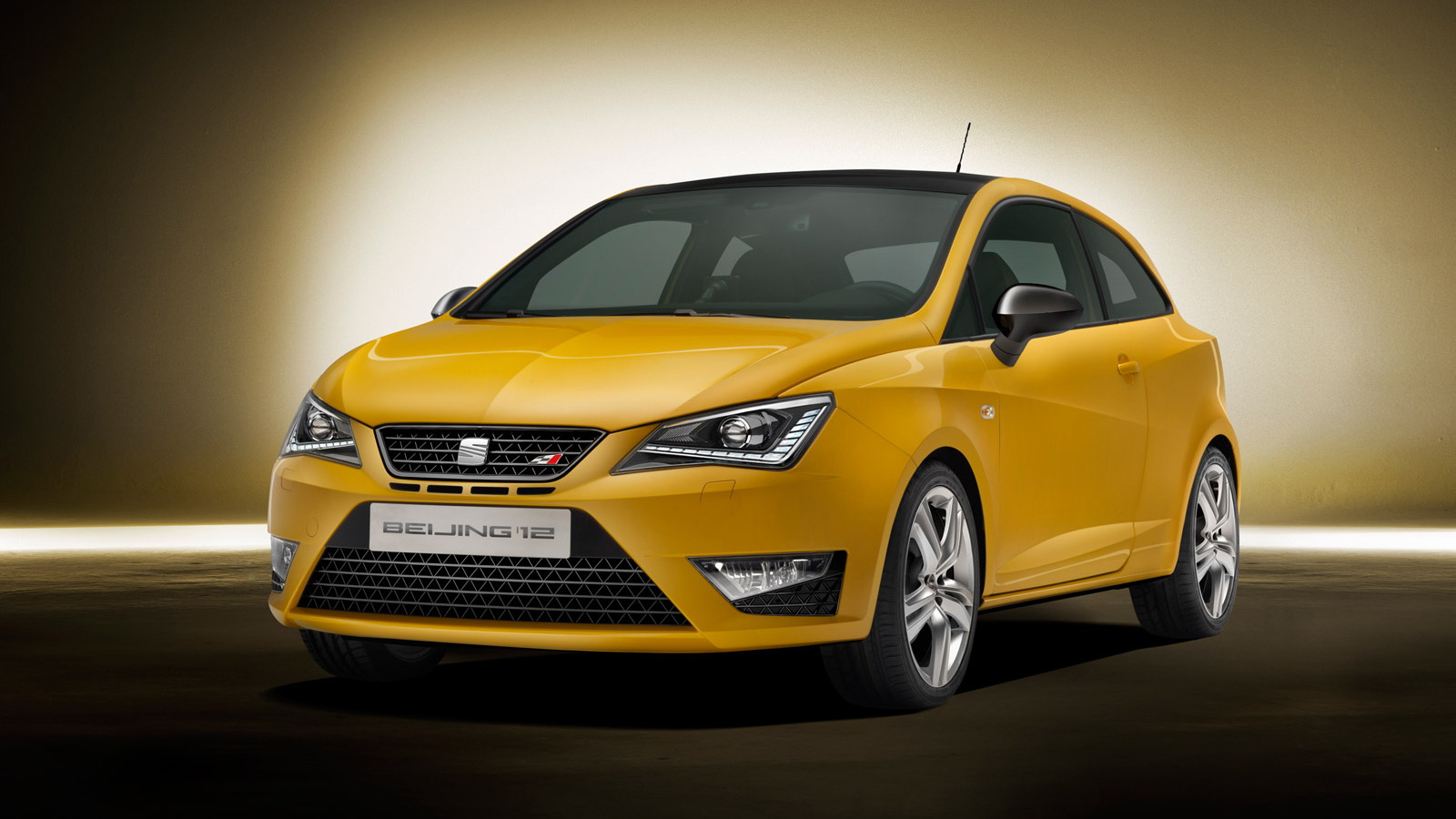 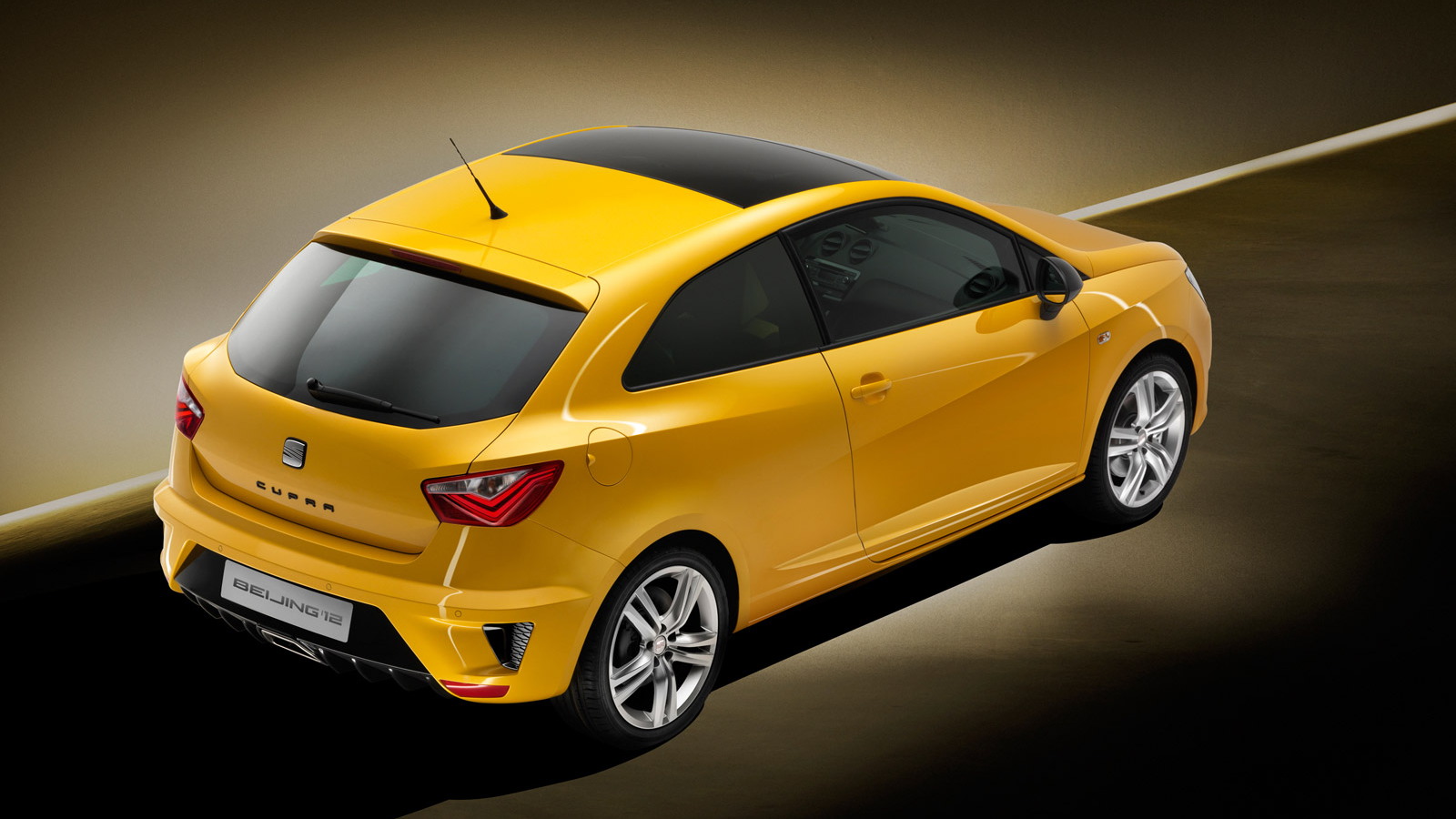 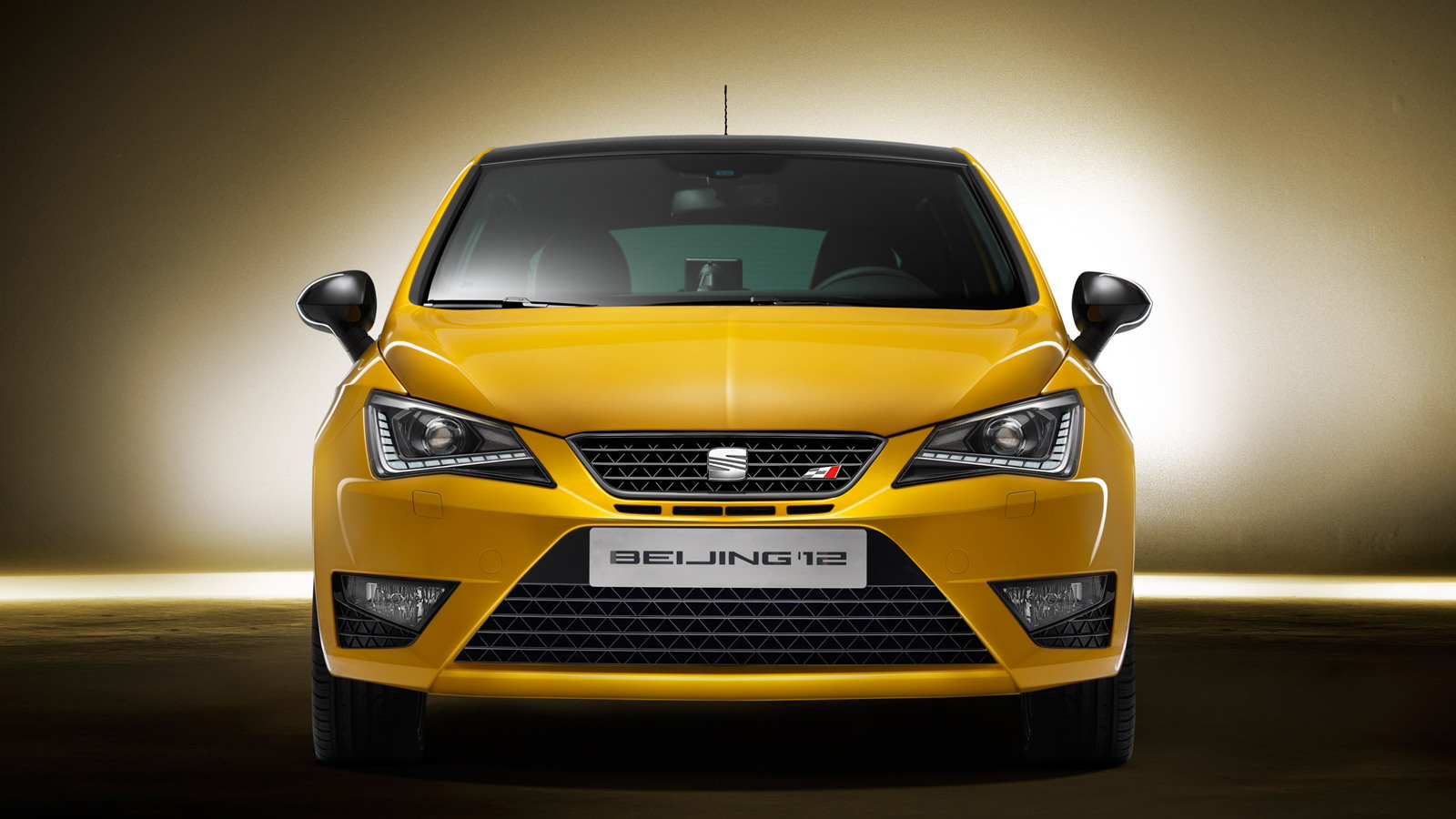 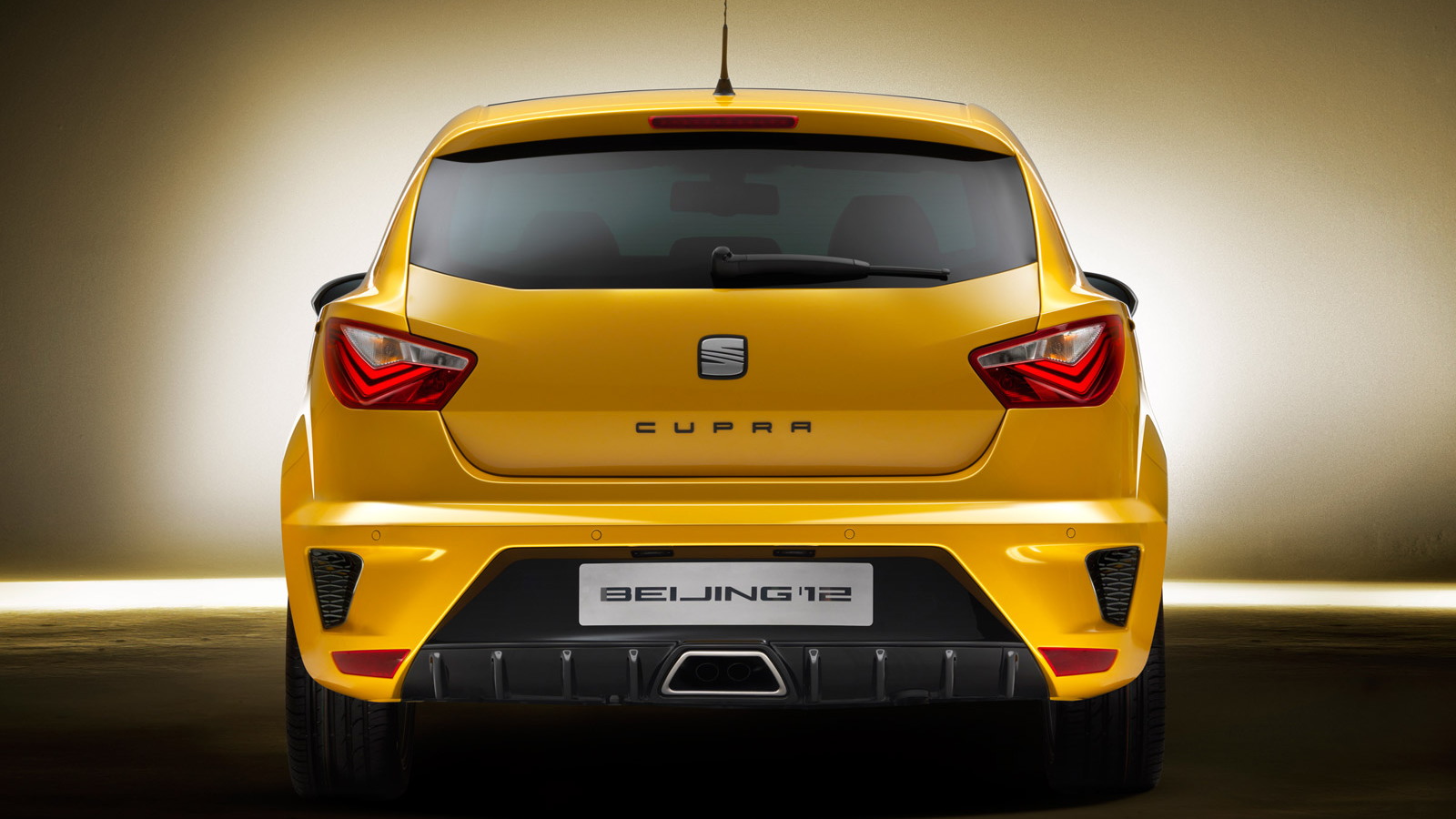 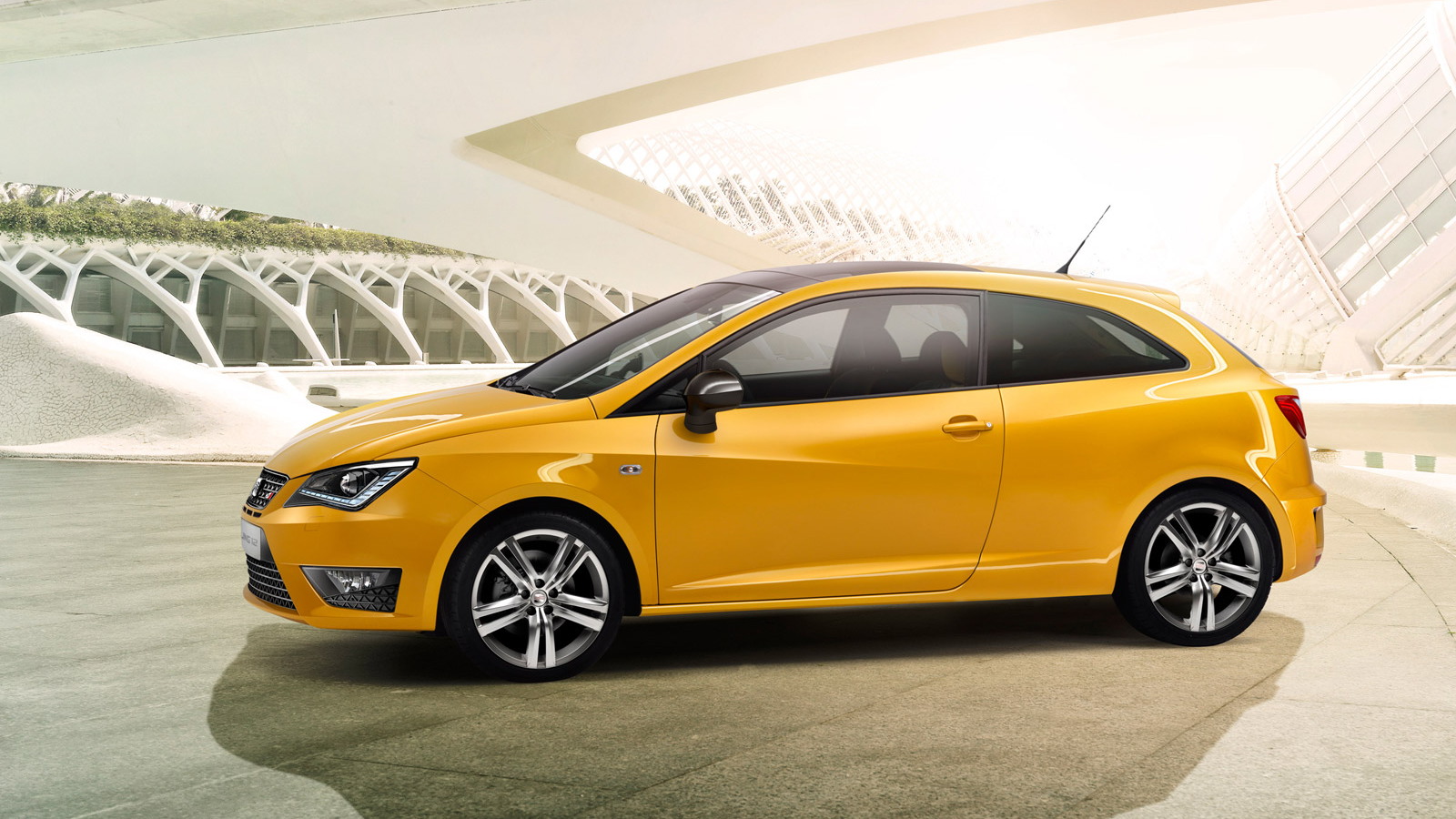 9
photos
Volkswagen’s Spanish unit Seat has rolled out a hot little hatch concept at this week’s 2012 Beijing Auto Show, which despite being labeled concept is actually a preview of a planned facelift for one of the automaker’s most popular models.

That model is the sporty 2012 Seat Ibiza Cupra, which like the rest of the Ibiza range adopts fresh new styling--inside and out.

Unfortunately, there have been no major changes under the hood.

This means that power still comes from a turbocharged 1.4-liter TSI four-cylinder engine and peaks at 180 horsepower and 184 pound-feet of torque. Considering rivals like the Renault Megane RS and Ford Focus ST are delivering up to 250 horsepower these days, the Ibiza Cupra’s output is starting to look somewhat feeble.

Inside, there’s a new sports steering wheel with the Cupra logo and paddle shifters for the dual-clutch transmission. The entertainment system is also completely new--and the powerful audio setup can be complemented by Seat’s ‘Portable System’. This consists of a detachable 5-inch screen that incorporates a navigation system, hands-free phone system with voice control and an on-board computer.  At a later point, the Portable System will be available as an option for the entire Ibiza family.