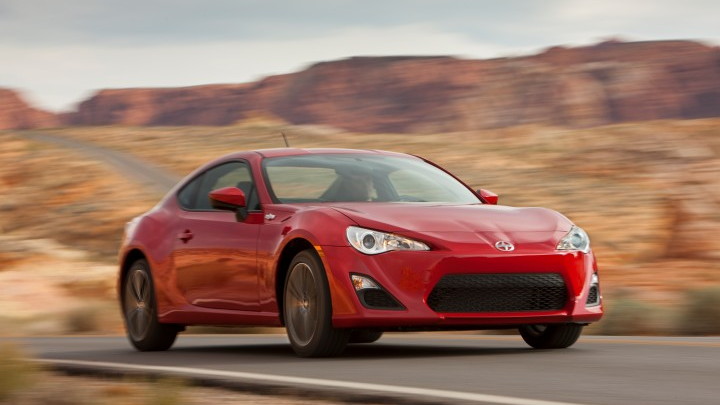 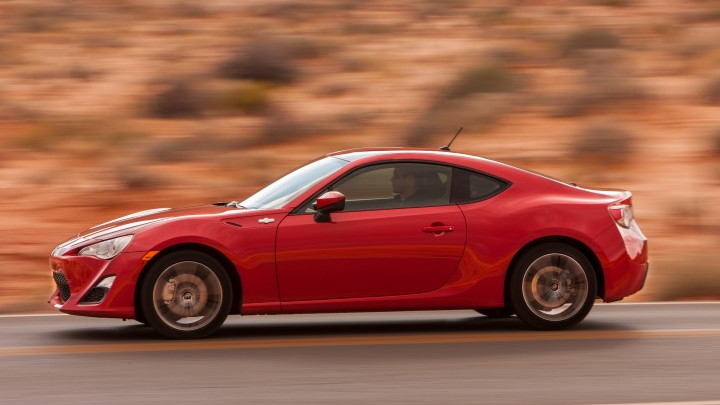 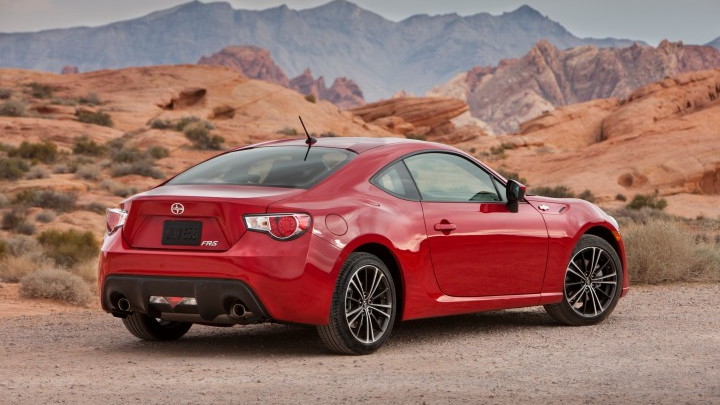 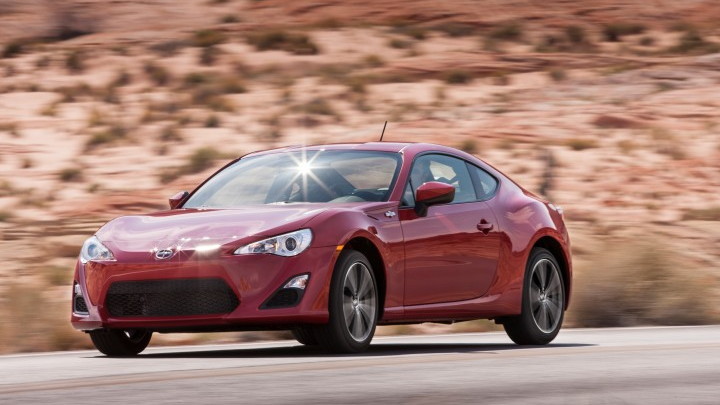 25
photos
This car is the real deal. Really.

Shod in crappy European Prius tires (seriously--that's the standard tire), loosed in the hands of a dozen journalists, and ham-fisted silly for hours on track, the FR-S never once failed to impress the assembled host. In fact, it took its licks and asked for more, even on the wet skid pad and too-tight autocross course. Brake fade/overheating? None. Even after hours of back-to-back sessions on a 1.5-mile loop of Spring Mountain's road course. The FR-S is a sports car.

Disclaimer: Scion flew me out to Vegas, put me up in a hotel/casino chock full of bad video poker and worse video keno, apparently designed to draw the 70-and-up crowd, and fed me surprisingly good food and alcohol during my stay. I still don't like the casino.

It's also a very nice little street car. Comfortable, quiet, seemingly well-made and attractive inside, the Scion version of the Subaru-Toyota joint sports coupe project is a winner even when you're not sliding the Torsen-equipped rear-end around. But it's way more fun when you are.

Despite the 200-horsepower rating of the D-4S port/direct-injected Boxer 2.0-liter four, the engine feels a bit anemic, particularly below about 4,500 rpm. It also feels a bit anemic at the top end, too, but that may have had something to do with the 5,400-foot elevation of the test ground. Back at a more reasonable 3,000-foot elevation, the car felt a bit peppier, though it still wasn't quite what we'd call a strong 200 horsepower. Nevertheless, gas mileage on the highway was impressive, easily topping 34 mpg for extended stretches above 70 mph.

Surprisingly good. Neutral. A willing trail-braker, ready to hold an easy constant slip angle through a fast turn, compliant and predictable at the limits of adhesion. It's a car a skilled and experienced driver can relish for its flexibility and willingness to do as asked, and a car that can train a new driver to ask it--rather than tell it--to do those things. It's almost like it's not a Toyota at all.

Of course, that's because it's a Scion, designed by Subaru. But we won't begrudge Toyota the credit for backing the project in the first place; it's very much deserved. This is a fun little car.

It's not perfect, of course. The noted lack of torque is definitely an issue. It's not as light as we might like, either, though it's a featherweight by modern standards at about 2,700-2,800 pounds depending on trim. The six-speed manual gearbox is excellent, with very short, crisp shifts and almost zero play, in or out of gear. The six-speed automatic is less so, often hunting between gears at highway speeds. It's a bit slow to upshift in manual mode, and delays longer than necessary if a downshift is requested too high in the rev range, issuing a peeved little beep to let you know it's not going to obey right away. It's also a bit spartan for some inside; a fancy head unit with some limited apps functionality is coming, but it's basically just instruments, stereo, and climate control, ensconced in darkish plastic and soft-touch rubber stuff.

We find the last weakness to be a strong suit, however. It's a pure little sports car, free of the techno-affection that spurns our desire for simplicity, doing what it does and refusing to apologize for what it doesn't.

In fact, the FR-S is special largely because it's not special at all.

Instead of trick dampers with secondary pistons and magic internal springs, magneto-rheological-horological-magical fluids, virtual e-differentials, and five-stage launch controls, the FR-S goes back to basics: a stiff chassis, reasonable use of lightweight materials and steel everywhere else, attention to suspension geometry, and balance--of weight, of centers of gravity, and of dynamics.

There is a two-mode traction control system, however; the default full-on status is about what you'd expect: no fun at all. The VDC Sport mode allows some yaw angle, and even a touch of wheelspin, but quickly steps back in to return things to safe and boring when it thinks you're over your head. But turn it all off, and the FR-S reveals its true ability--a level of ability that may even surpass its Subaru twin.

The FR-S isn't identical to the BRZ. It has stiffer rear springs and rear bushings. That makes it a bit more willing to rotate, both on power and off, and yields a balance that feels both natural and easily controlled. It's a conscious decision taken by the Scion crew to make their version just a bit more fun, a bit better-suited to those with as much taste for a well-carved apex and corner-entry tossability as for outright speed. And that, in a nutshell, is the Scion FR-S.

Sure, there are faster, better-handling, and prettier cars out there. But there are none for the price--or even double the price, when it comes to handling. If you've been looking for a real, inexpensive, incredibly good sports coupe you can live with every day and at the track on weekends, you've found it.

And it's a Scion.

For a more in-depth look at the 2013 Scion FR-S, visit the full review at The Car Connection.