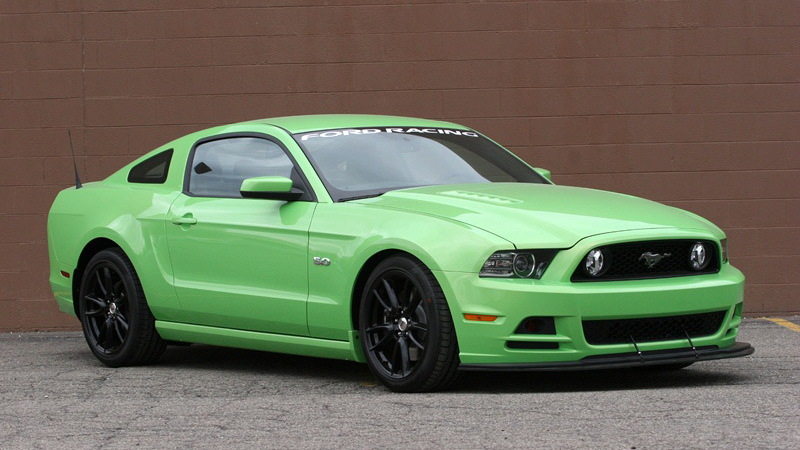 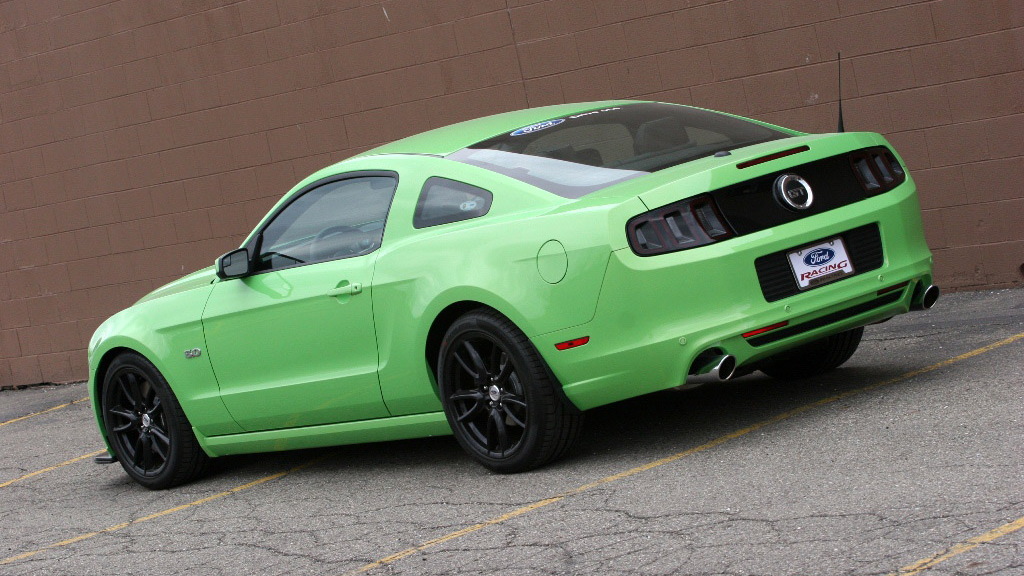 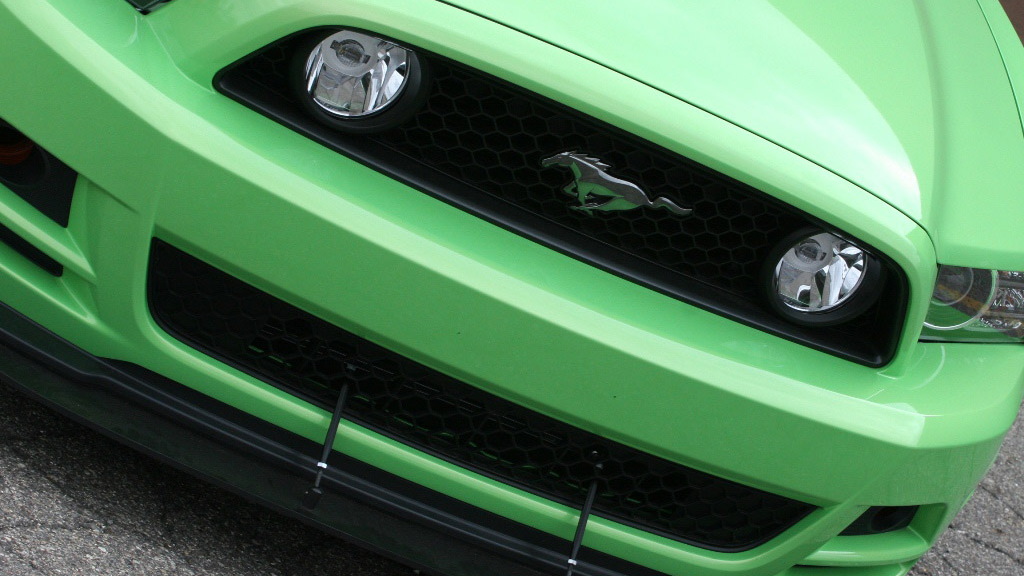 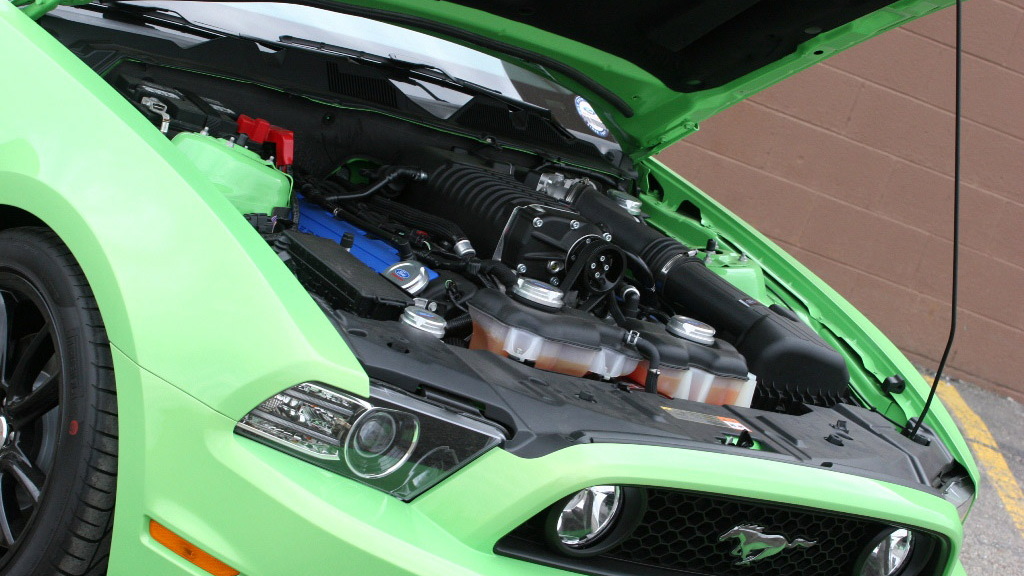 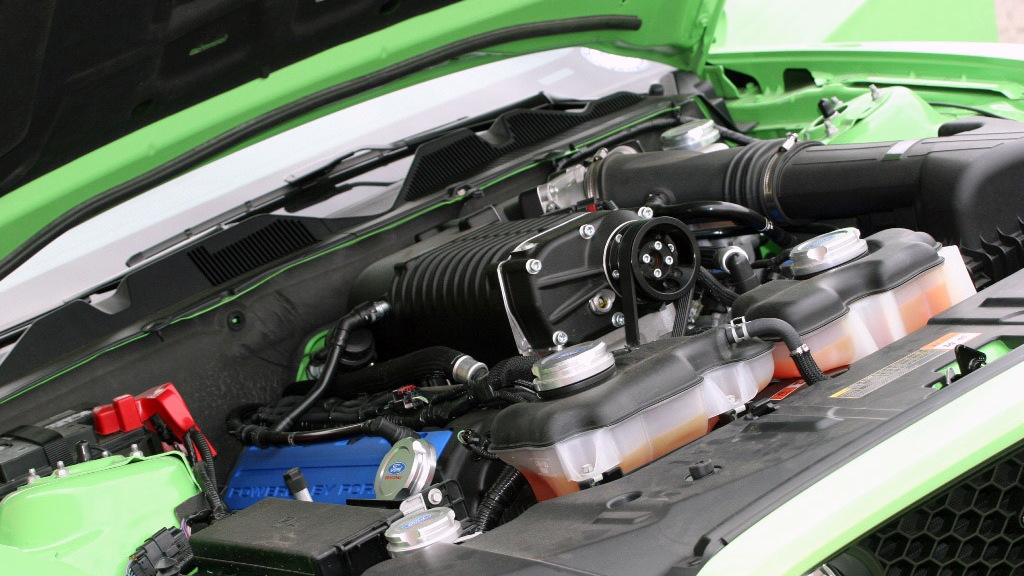 6
photos
As its name implies, the business of Ford Racing Performance Parts (FRPP) is making Ford products go faster. The group is behind such projects as the Ford Focus ST-R racer and the 2013 Mustang Cobra Jet drag car, which recently set a production car acceleration record by sprinting from 0-60 mph in just 1.52 seconds.

When you’re in the business of making and selling go-fast parts, the best way to advertise is by creating a rolling showcase of your bits and pieces in action. As Mustangs Daily tells us, FRPP did just that on a project car built for last December's PRI Show, but it only recently published the build sheet of parts used.

Starting with a 2013 Mustang GT in Gotta Have It Green, FRPP dressed up the engine by adding a billet cap set and blue “Powered By Ford” coil covers. Ensuring that was more than a slogan, the group then bolted on a 2.3-liter Whipple supercharger, added an FRPP exhaust with sport mufflers and gave the car a custom tune.

Making sure the added power gets to the ground is the job of the 19x9 Mustang Track Pack Wheels, shod with Pirelli PZero tires. The suspension is buttoned-down with a one-inch drop front and rear, courtesy of FRPP springs, and all four corners get stiffer FRPP dampers. The rear gets new rear lower control arms, and the front gets an FRPP 14-inch brake kit.

If a car painted in Gotta Have It Green can be subtle, the 2013 Mustang project car is that. Aside form the black wheels, the only major change is an FRPP adjustable front splitter, as used on the Mustang Boss 302 Laguna Seca models.

If you own a Ford of any vintage, chances are that FRPP can make it go faster, handle better or stop shorter. There’s plenty of cosmetic parts in the catalog, too, ensuring that every customer can build a ride that’s uniquely their own.