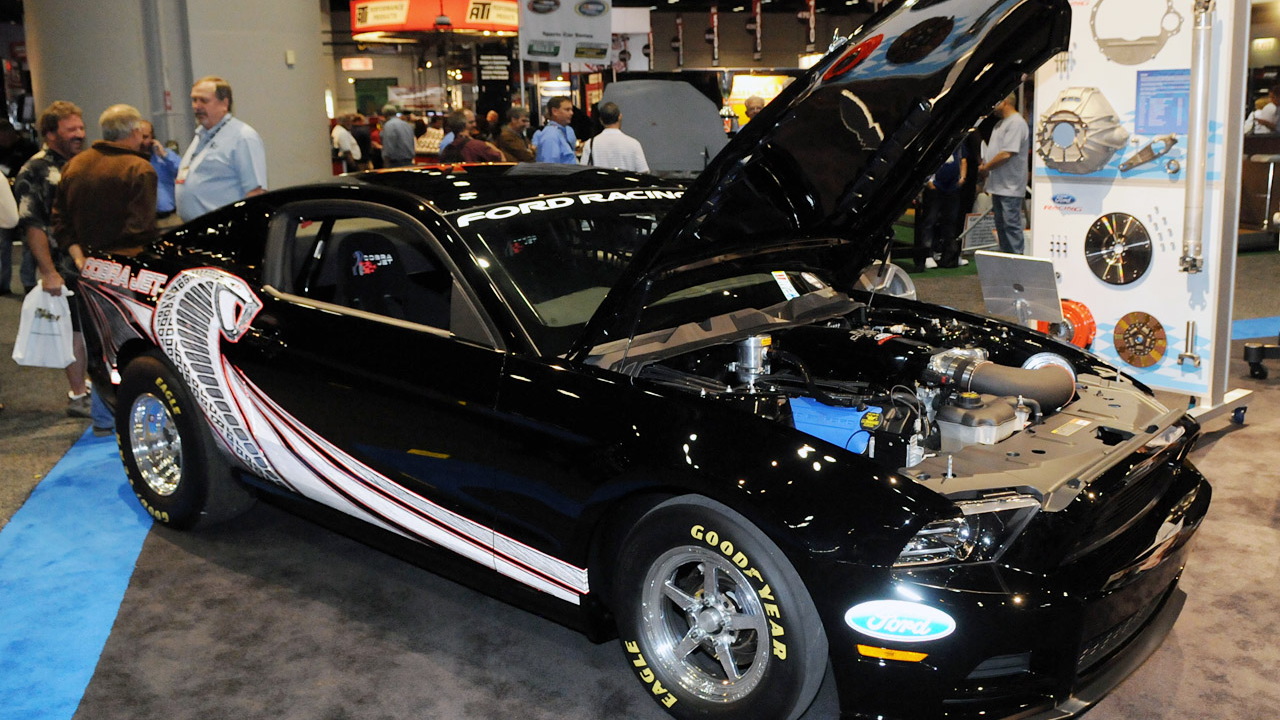 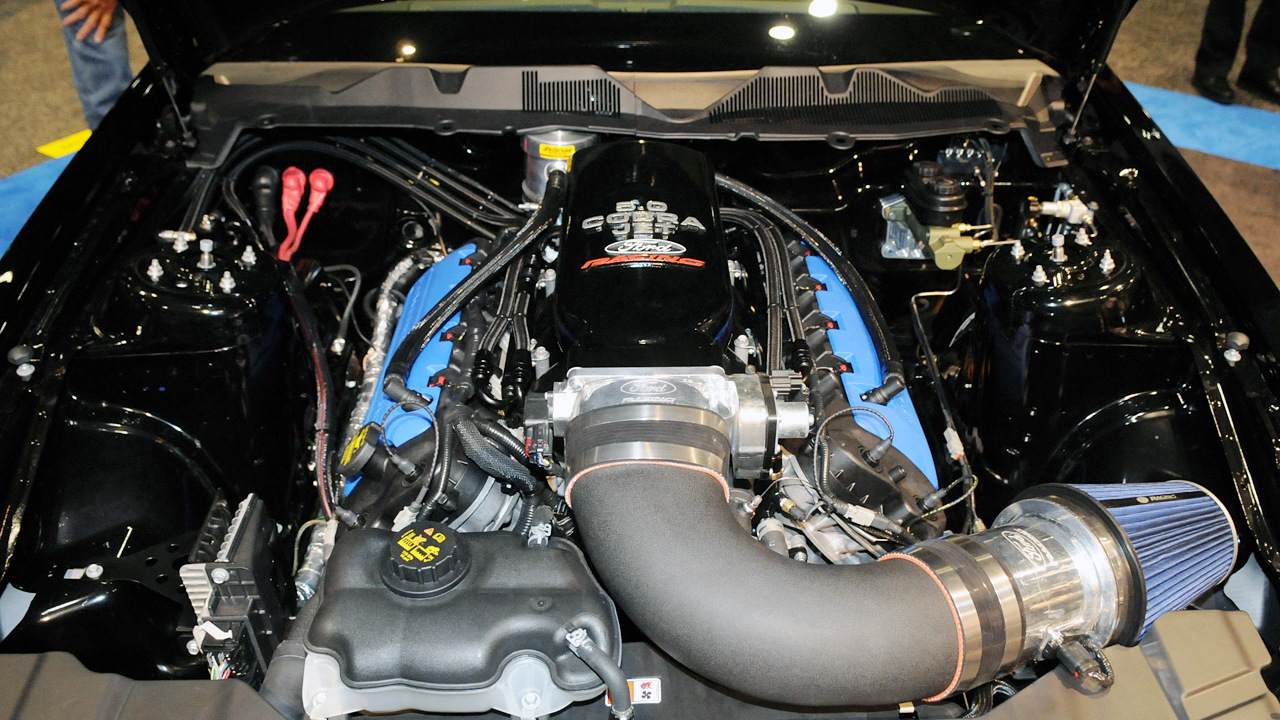 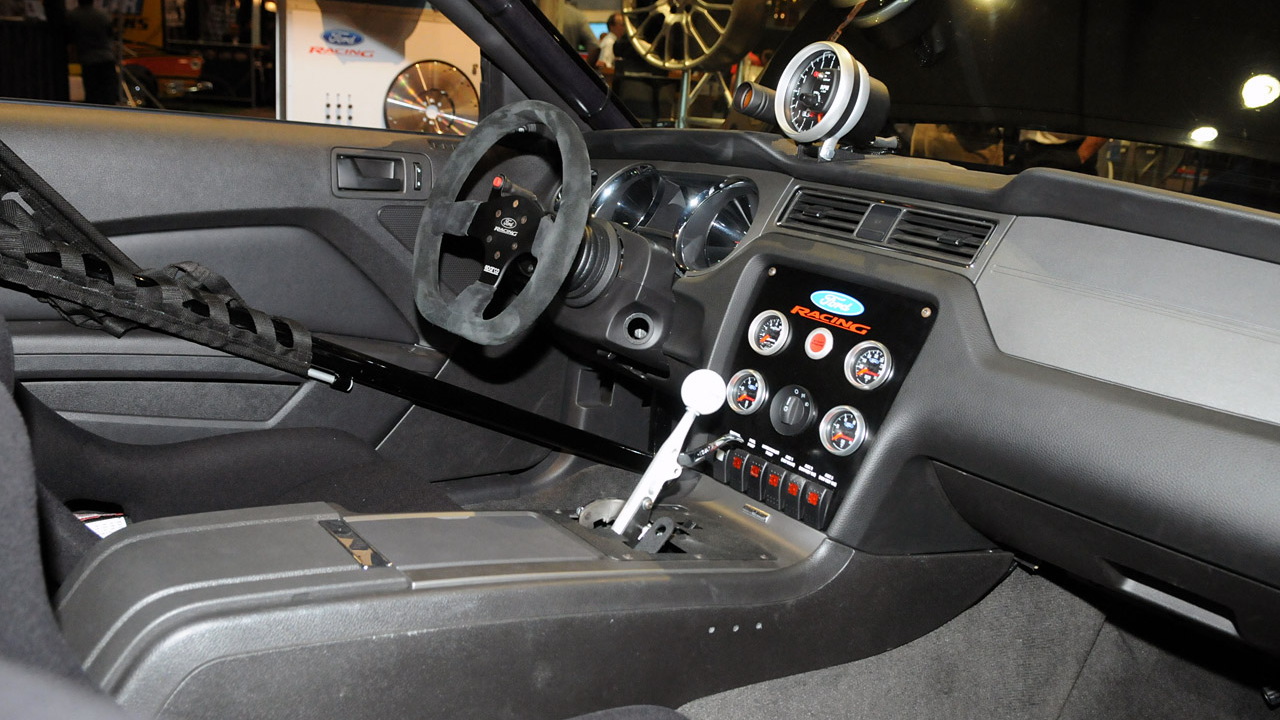 This is the latest in Ford Racing’s Cobra Jet lineage, which began with the drag racing special’s victorious introduction at the NHRA Winternationals back in 1968.

The legacy was revitalized in '08 when Ford Racing offered a limited run of the 40th Anniversary Cobra Jet Mustang, which quickly sold out.

Now we have the '13 Cobra Jet, which offers two 5.0-liter ‘Coyote’ V-8 engine options. Buyers may choose the naturally aspirated Cobra Jet induction system, with CNC-ported heads, high lift cams, and low-drag accessory drive, or the supercharged version with a Ford Racing and Whipple supercharger and CNC-port-matched manifold and heads.

Additionally, the 2013 CJ body has been lightened for optimized weight distribution, and the car features electric power steering.

Pricing for the 2013 Cobra Jet Mustang starts at $85,490 for the naturally aspirated version and $92,990 for the supercharged one. All 2013 CJs are NHRA tech ready for Stock or Super Stock competition and only 50 examples are scheduled to be built.

Thanks M for sending in the tip!