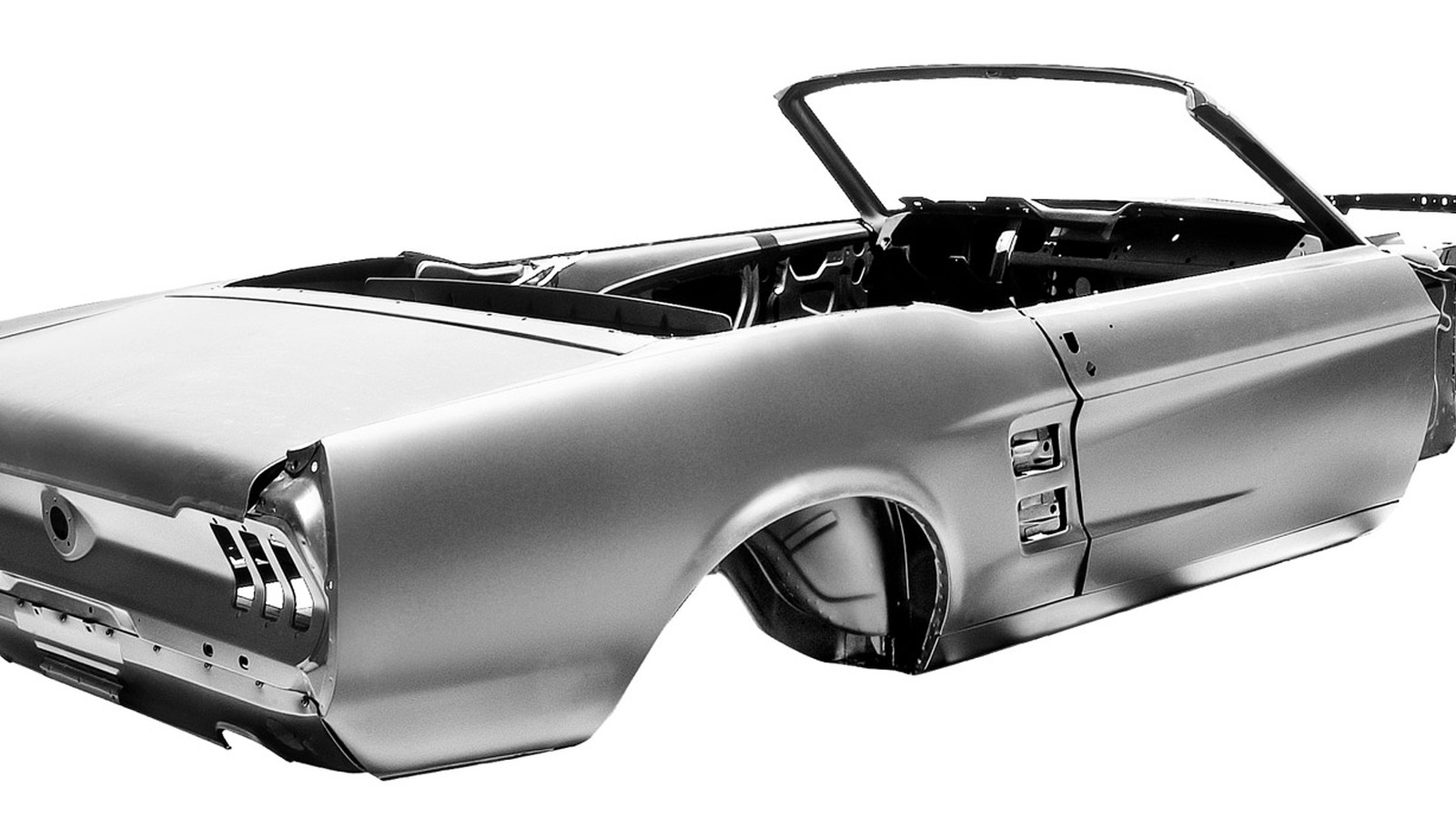 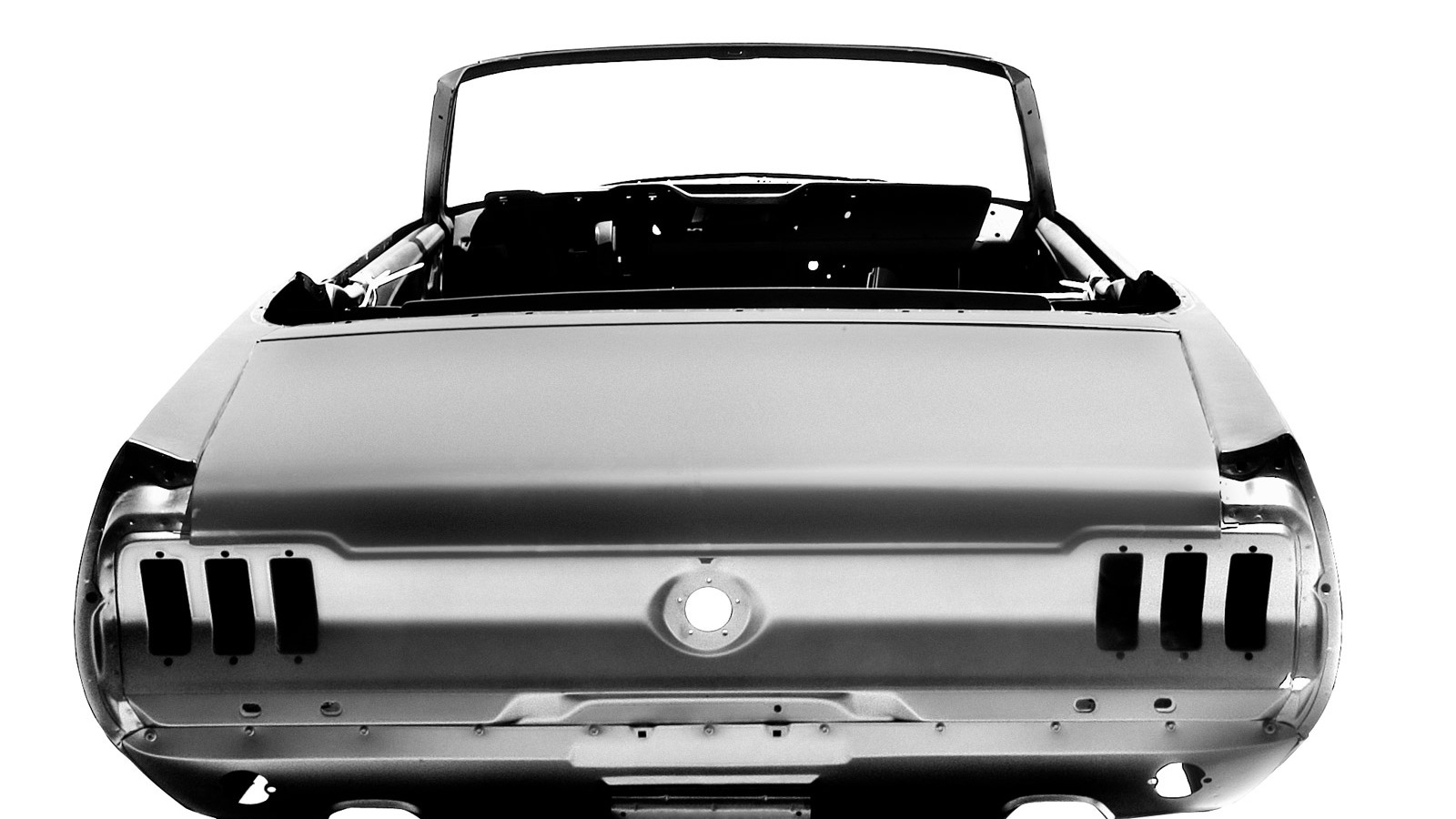 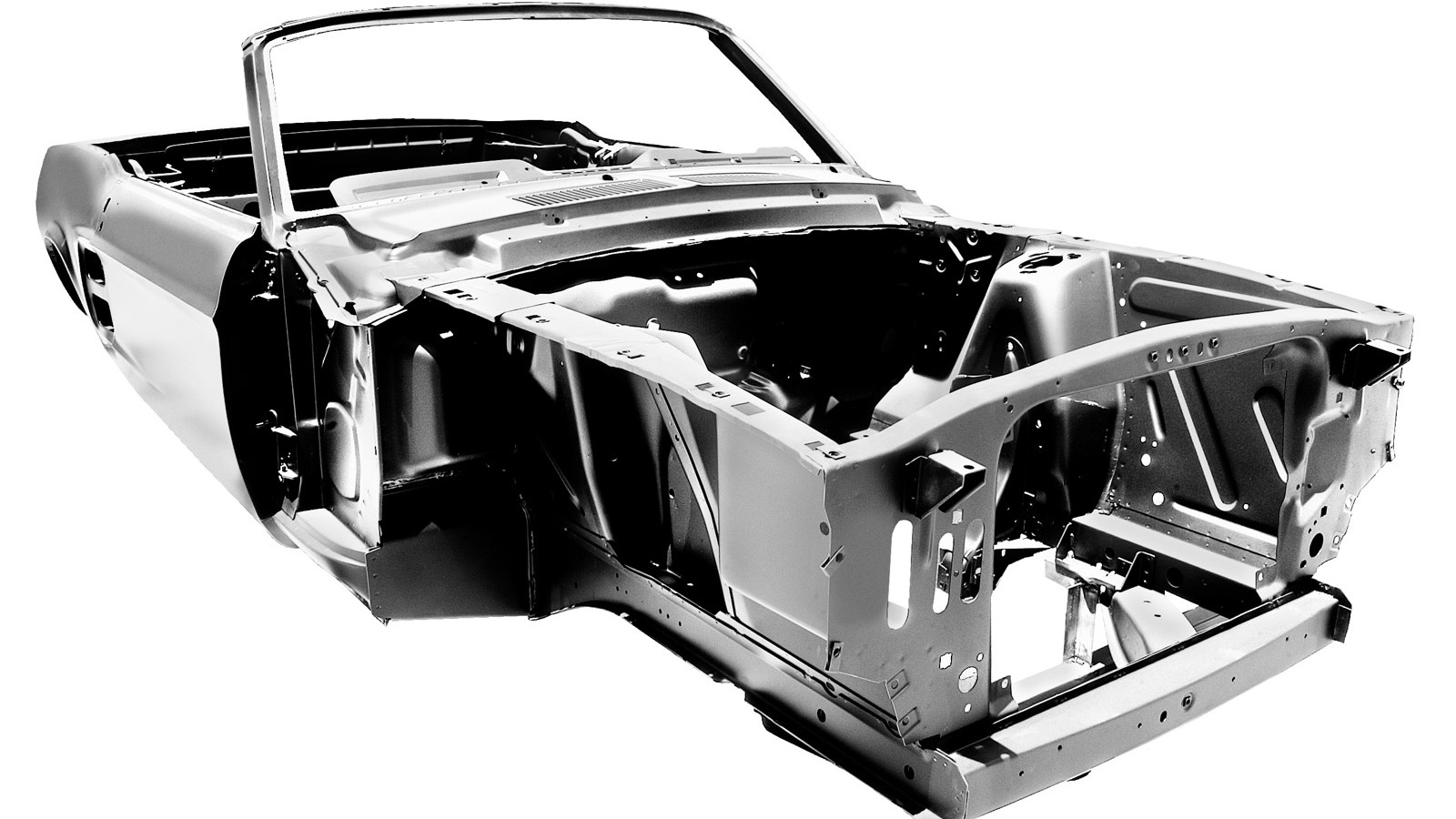 Well, now you can add this 1967 Mustang Convertible body shell to the growing stable of Ford-licensed restoration parts as well.

This means that classic Mustang fans can now build or restore the ’65 convertible, ’67 and ‘69 fastbacks and the ’67 convertible versions of the iconic muscle car with the safe knowledge that their vehicles have a body that’s literally good as new.

To qualify as an official Ford-licensed restoration part, the ’67 body shell has to meet or exceed the fit, finish and quality of the original. That challenge was met once again by the guys at Dynacorn, which have not only replicated the original ’67 convertible, but made it better.

The body panels, for example, are stamped from modern automotive-grade ‘virgin’ steel that’s slightly thicker than the original. Then, to further add strength, the panels are assembled using modern welding techniques.

To build up a Mustang using the body shell, the powertrain, suspension and brakes, the electrical systems, the interior and trim can either be bought new or transferred from an existing car to the new body. The good news is that more than 90 percent of the parts needed to restore a 1967 Mustang convertible are available new as Ford-licensed reproduction components.

This means that the ’67 convertible body can be built to just about any specification that was available when the car was new. Ford’s big-block engines from that era, including the 390, 427 and 428-cubic-inch motors, bolt right in with no modifications necessary. Also, the ’67 body can be used as a basis to build a replica of the Shelby GT350 or GT500 convertibles.

The 1967 convertible body shell is now available to order from the Ford Restoration Parts catalog and is priced at $15,995. And while this may seem steep for what is essentially an empty shell, the chances of finding a rust-free ’67 Mustang that’s never been wrecked will be next to impossible. As the value of classic Mustangs has increased over the years, garages, barns and junkyards have mostly been picked clean.